The inn sign in the early 1960's did show a woodman striking a log with this axe but due to changing times and changing clientele the inn sign in 2002 reflects a very different style.

In the early 1960's it was very much a local pub with one room and a large central table and a roaring fire. In the very early days the beer would come up from the cellar in a jug. Even up to the late 1950's it had only a six-day licence but only for the sale of beer. It did not have a spirits licence.

In the yard at the back was a Wheelwright and a Blacksmith. Coffins were made here. 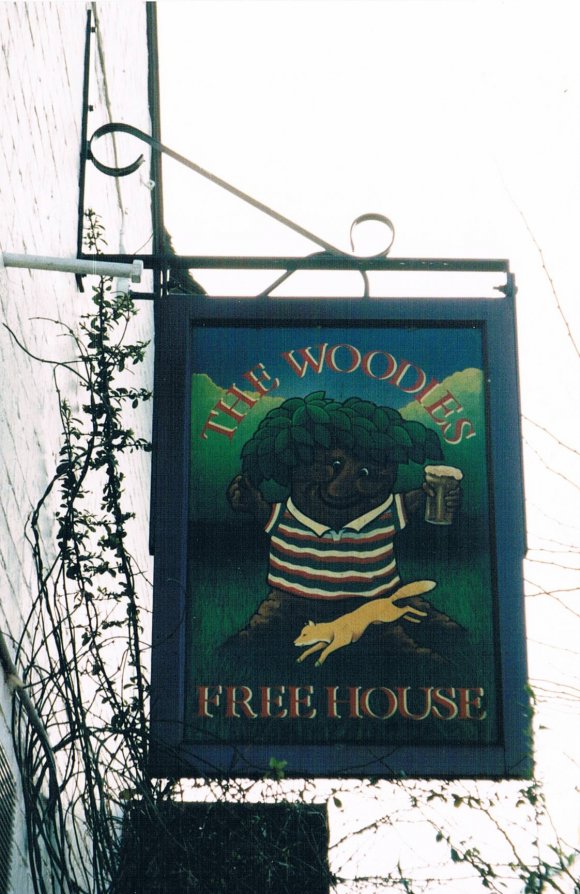 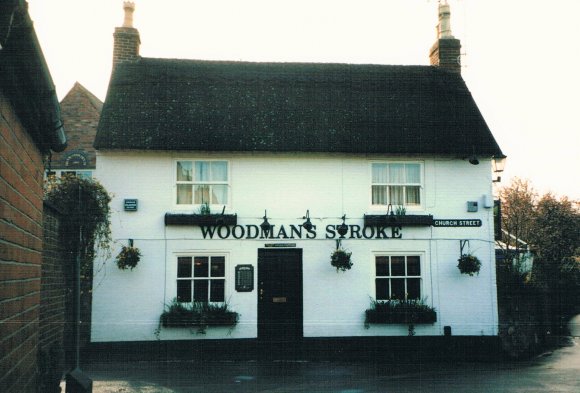 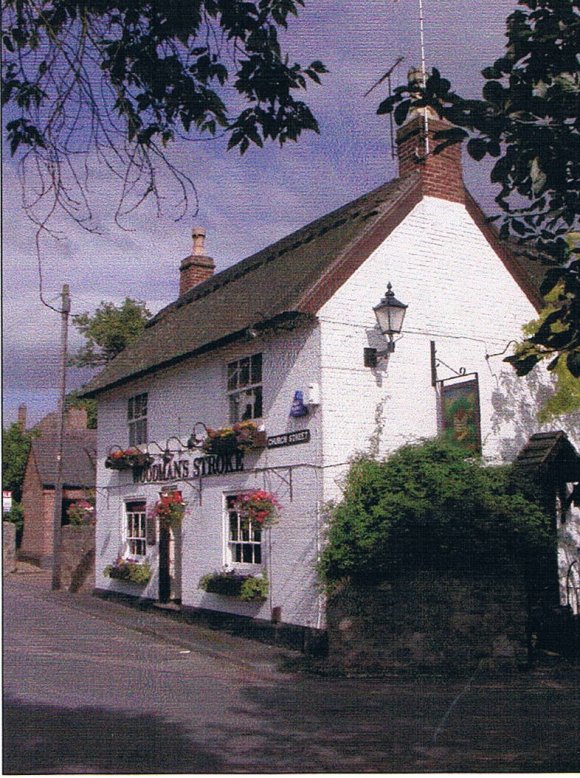 To read more about the Woodman's Stroke please click on the link: