Henry first came to the area in 1778 as a Curate at Cossington straight after his ordination before moving to Somerset as a Rector in 1780. He returned in 1783 to become Rector of Cossington and Vicar of Rothley, before moving to Caythorpe in 1788. There are no obvious clues as to who commissioned this tile. 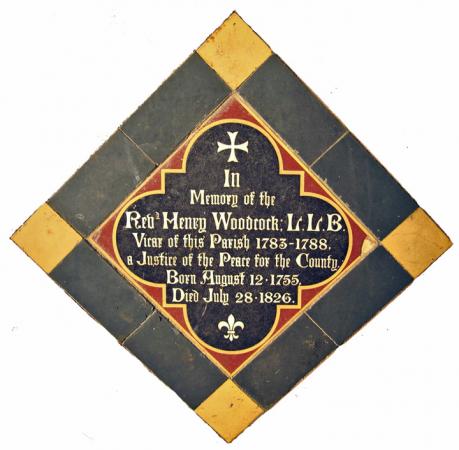