Where is that in Rothley?

There are many interesting 'bits and pieces' in any village, often overlooked even though we might pass by them on a regular basis. I have been looking out for these in Rothley and this site will perhaps make you say 'now, where is that in Rothley?' 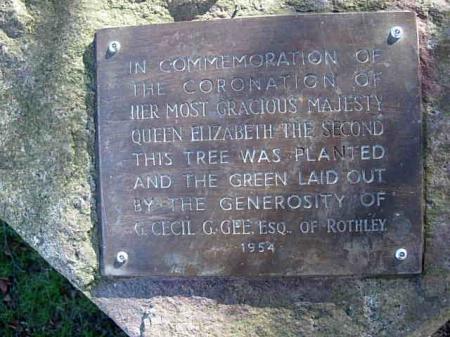 Where is this plaque? 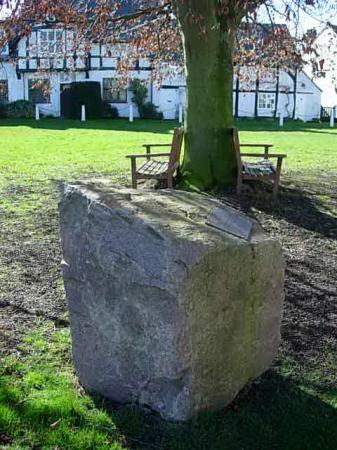 The tree is the Coronation Green Beech on Town Green and the plaque is on the large piece of Mountsorrel granite close by. 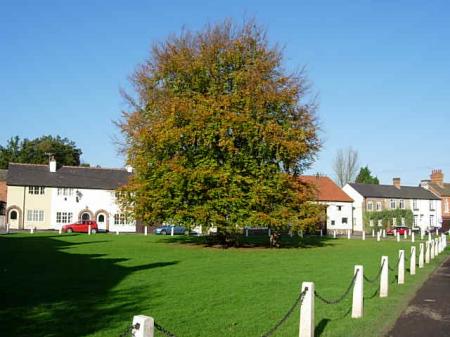 The beech in the early autumn sunshine with the stone to the right. 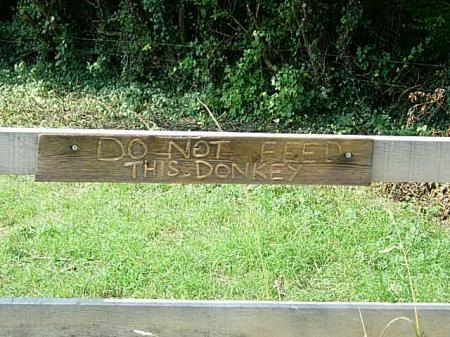 Many Rothley residents will remember the village donkey and the sign on the fence. It has been cleaned up by Steve Mitchell and restored to its original site. 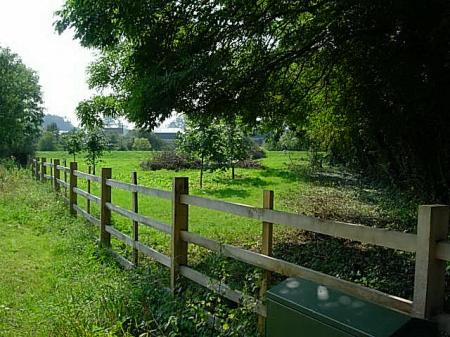 It is on this fence in Hallfields Lane and the field is still called the Donkey Field. The hedging has now grown in 2016 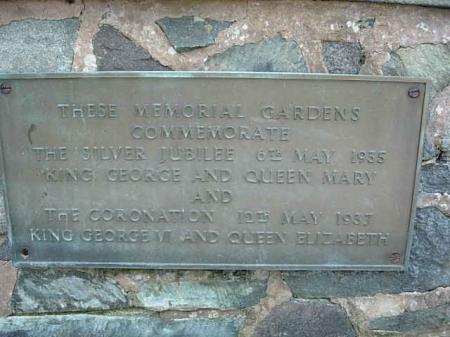 Where is this plaque in the centre of the village? It is not easily seen but it is in one of the busiest areas of Rothley. 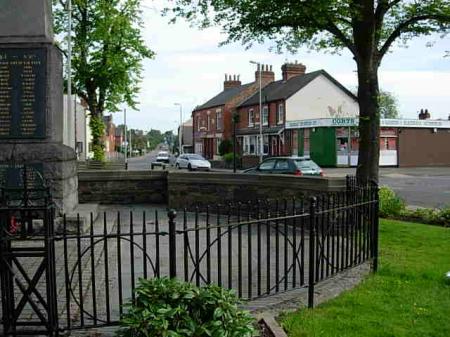 It is on the inside of the granite wall around the War Memorial on Cross Green. 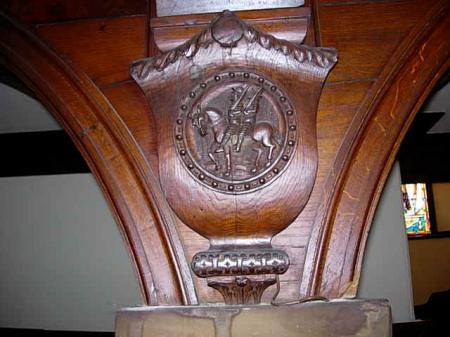 During the First Crusade in 1118 an Order was started by nine French Knights called "Poor Knights" as they depended on alms due to their vows of poverty, chastity and obedience. Their poverty is shown on their seal by two Knights riding on one horse.

Where can you see this carving of the seal? 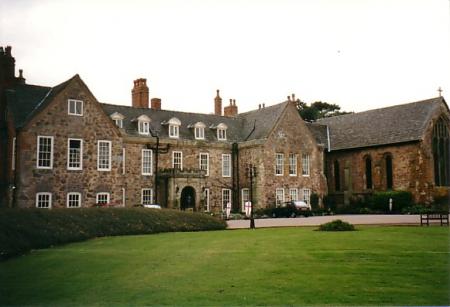 In the Dining Room Lounge at the Rothley Court Hotel on Westfield Lane, Rothley. 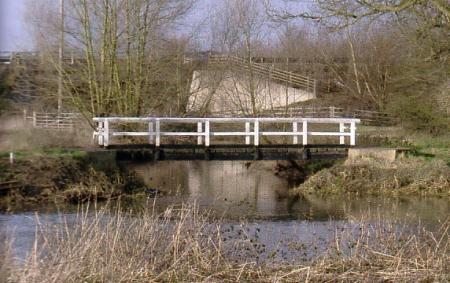 There are many and varied bridges in Rothley, not just over the brook where you walk or drive everyday. The bridge above is on a footpath but where is it? 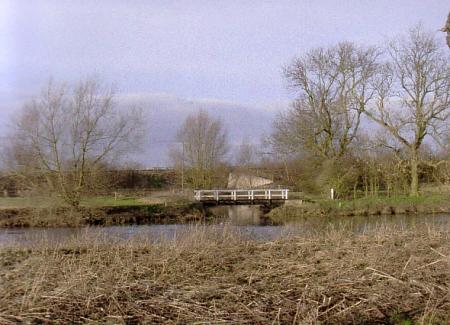 It is where the Rothley Brook comes to its end and flows into the River Soar as shown on the map below. 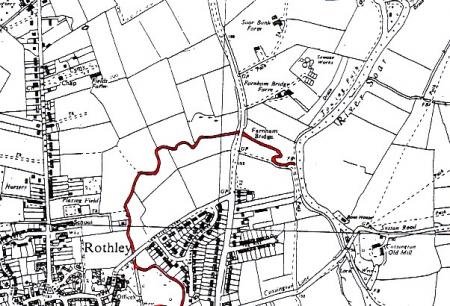 Rothley Brook flows under Farnham Bridge which is between Homefield Lane and Brooklea Nursery and then out to the River Soar. The footpath does not run alongside the brook from the bridge but a little closer to the houses on the Loughborough Road, Rothley. 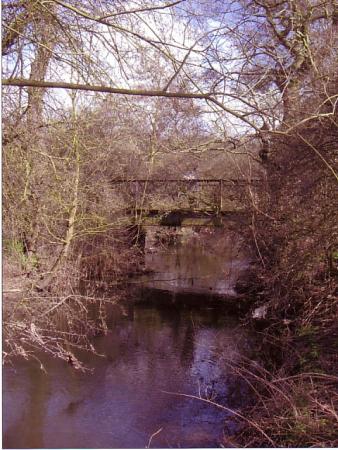 This is a bridge over Rothley Brook that you are unlikely to have seen. It is close to the Great Central Railway on the Thurcaston Lane side. It is built with railway blue brick for the pillars topped with stone and with iron railings. It was most likely used for access of men and equipment during the building of the line. There is no public access to this bridge. 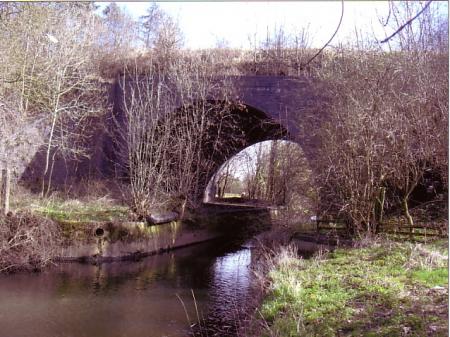 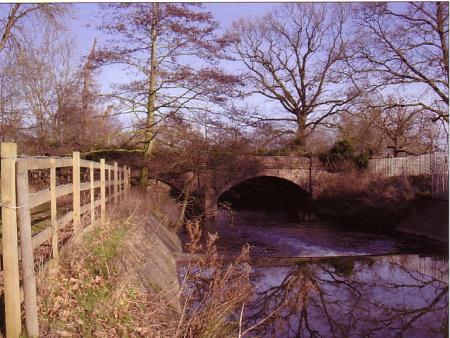 This is a lovely stone bridge over Rothley Brook close to the Bridle Road from Rothley to Thurcaston. It can be seen from the Public Footpath that runs over the field at the start of the Bridle Road towards the Rothley Park Golf Course. It is a Listed Building.There is no access over the bridge as it is on private land. 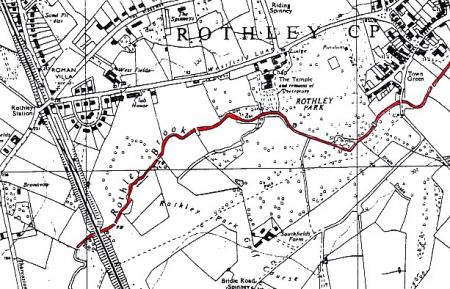 The map shows the line of Rothley Brook within the parish of Rothley where there are many interesting bridges, most of them not now in use. 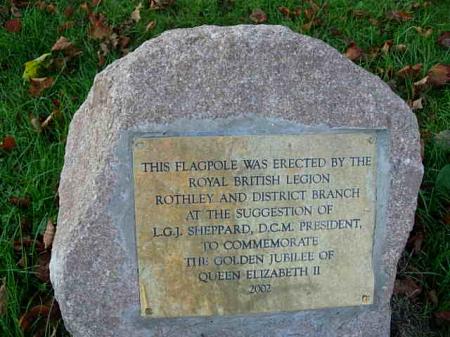 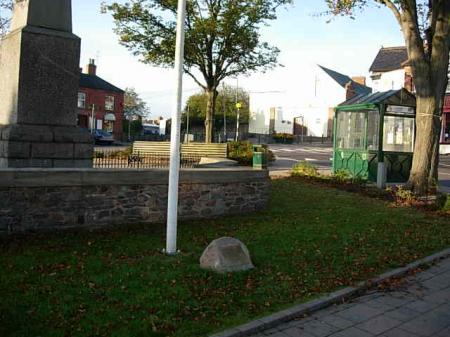 In the centre of Rothley on Cross Green. 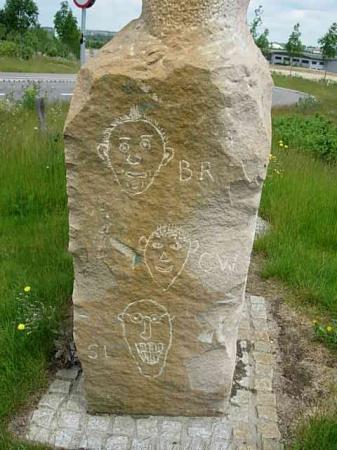 Where would you find these faces? 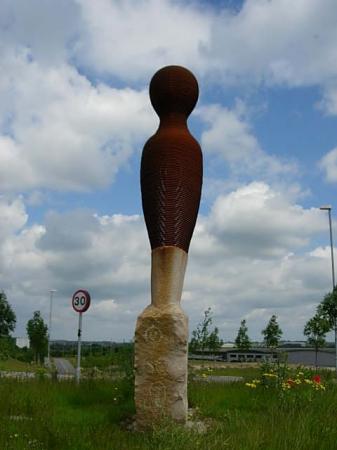 On the 'Angel of Rothley' sited at the entrance road to the Leicester Paper Company in one direction and Wyevale in the other.