The Rothley History Society has published a series called 'The Rothley Chronicles' detailed below:

A Vicarage Life by Mary Manton (nee Becher) is a first-hand account of her life as a teenager at Rothley Vicarage in wartime.
A poignant story written originally in answer to her own children's questions about their mother's childhood.
Size 298mm x 210mm, 12 pages with illustrations.

Advowson Anchored
The Story of the Patronage of Rothley Church

The story of the Patronage of Rothley Parish Church is a piece of original research written by Terry Sheppard. It details the many transactions and involved people from when the patronage began to be bought and sold between 1837 up to 1939 when it was vested into the permanent home of the Martyrs Memorial Trust.
Size 298mm x 210mm, 16 pages, illustrated,

Rothley Temple in the Olden Time
Phases of English Life 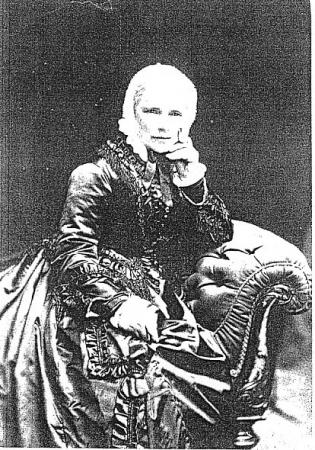 The charming story of a childhood which had the run of Rothley Temple in the retirement phase of Thomas Babington's life. Eliza Conybeare (nee Rose) was born at Rothley Vicarage in 1821, lost her Vicar father in 1822, and continued to live in the Vicarage for many years afterwards with her family.
In 1874, at a house-party in Cromer, the now widowed Eliza wrote and performed this piece to the guests.
Chronicle 3 reproduces Eliza's text with added illustrations, maps and further text to locate the story in its time and its setting.

Lording it Over Mediaeval Rothley 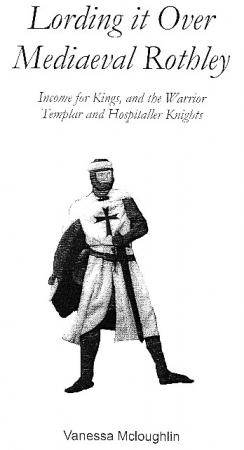 The Text of this Chronicle is a version of Chapter 2 of Vanessa MacLoughlin's doctoral thesis on the soke of Rothley, submitted to Leicester University in 2006.
The soke was an unusual and rare grouping together of settlements which secured for itself certain privileges exempting it from external jurisdiction over aspects of its secular and ecclesiastical life. Rothley was the focus of the soke, and the seat from which Lordship over the manor and soke was exercised.
The Author's text takes us from the conquest up to the time when the manor and soke passed from the Hospitallers to the Babington family, after the dissolution of the monasteries in the 16th century.
The Chronicle includes two illustrations and a table taken from the author's chapter. Other illustrations have been added. 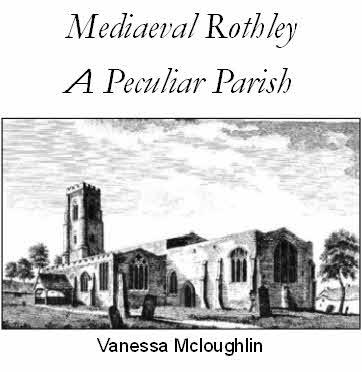 Many people when setting out on the quest for answers to the history of their locality look to their village church for clues. How old is the standing fabric? Why is the church situated where it is? What can the various alterations within the church building tell us about the fate and fortunes of its parishioners in the past? What do its tombs and monuments tell us of the individuals who once served in the community? Rothley church is no exception. It has been studied by many in the past, and what a rich past it has had! However, this past has a context and some attempt has been made below to set the church in its broader landscape and historical setting by examining its origins and raison d'etre. There is much yet to discover, and this journey has only just begun.

Saints & Malignants: Rothley and Its Neighbours in the 17th Century's Times of Turmoil 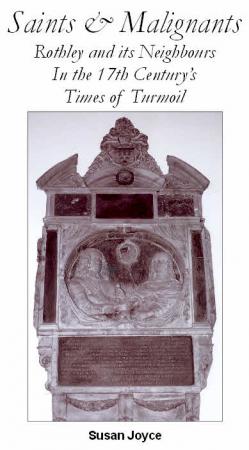 An explanation of the title of this chronicle is necessary. In the mid 17th century religion was an intrinsic part of the lives of the great majority of people; what happened in the parish church and what was said in the pulpit had a huge effect, and it is true to say that one of the major causes of the English Civil War, (1642-1649), was a dispute over religion.

Saints in the eyes of the parliament and its forces, meant the "Godly" puritans who wished to "purify" the Church of England, especially after King Charles I and his Archbishop of Canterbury, William Laud set about enforcing "the beauty of holiness" – ceremony, ritual and the insistence on the correct vestments for the clergy in the 1630's.

Malignants were those who, during the Civil War, whether laymen or clergy, supported the king and opposed parliament, its forces and its regulations. Clergymen who were for the king were not averse to preaching anti-parliament sermons to their flock. Such men had to be removed.

This short Chronicle is based on part of a dissertation for an M.A. Degree at York University studying religious changes during the Civil War and Commonwealth in Derbyshire and Leicestershire.