This was the village Pound, a place to keep stray animals and cattle.

A small area by the telephone box in Mountsorrel Lane close to Cross Green and easy to overlook it was created as a garden for the Queen's Golden Jubilee in 2002 by the VE/VJ group. Sadly, it became neglected so it became another 'grot spot' project.
Work started in 2004 to keep it tidy but the major problems was a huge 'Mile a Minute' or Russian Vine, cascading over the rear wall from the adjoining garden creating shade and debris and destroying the Golden Showers roses on the trellis fencing. Permission was sought from the owner in 2009 and we were given the chance to cut it back. The adjoining property became vacant and so we just had time to give it a major chop before new tenants moved in.
The soil was improved by horse manure, bulbs and lilies have been planted and the roses pruned every spring. 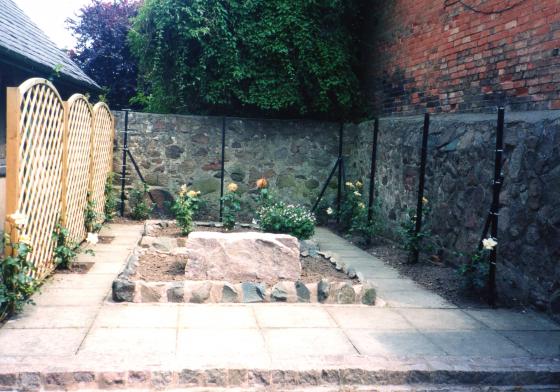 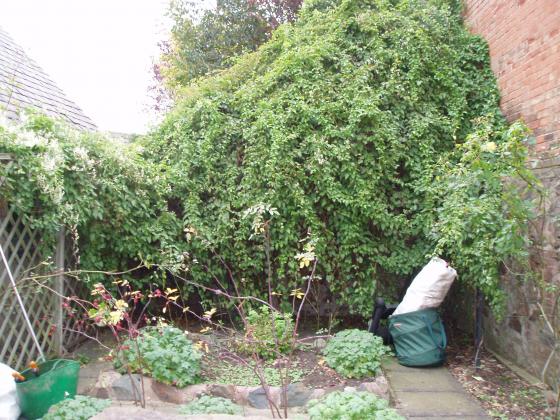 2010 Another big job for Anita and Marion 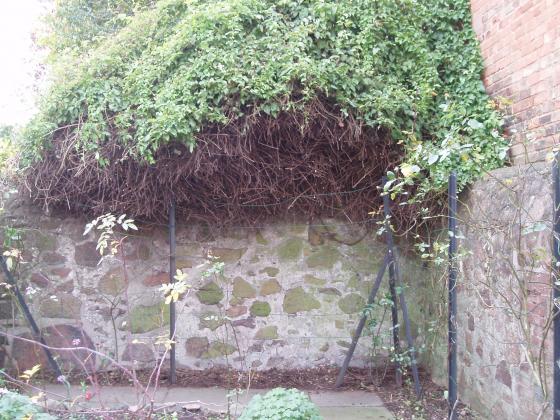 The cut back starts 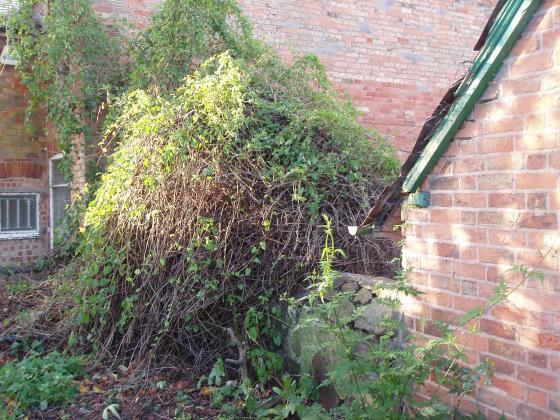 from the adjoining garden 2010 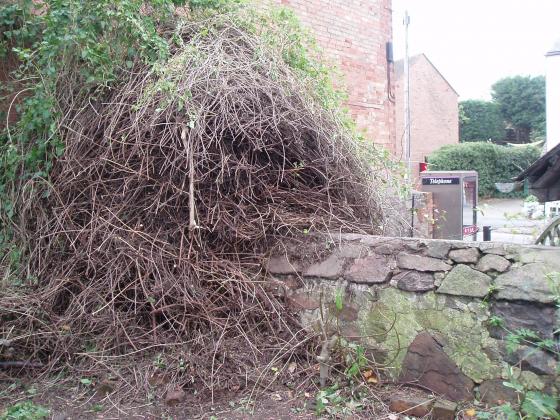 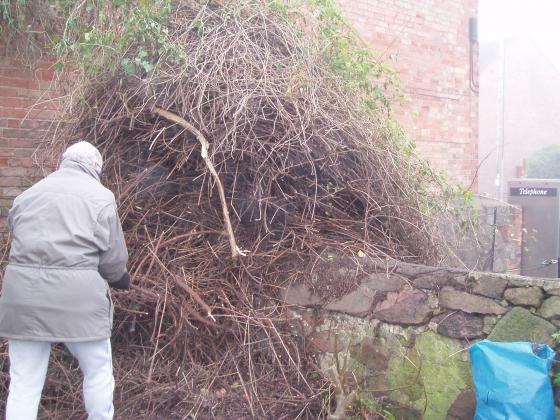 Marion bagging up ready to take rubbish to the tip. 2010 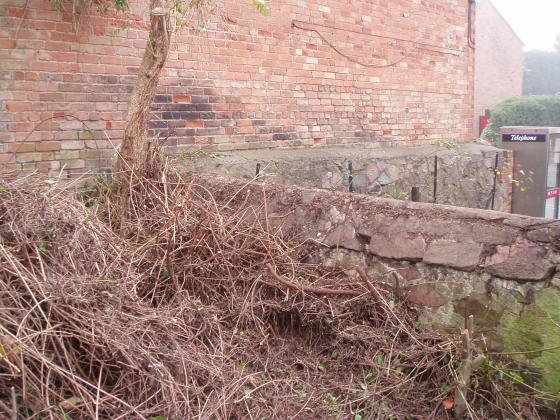 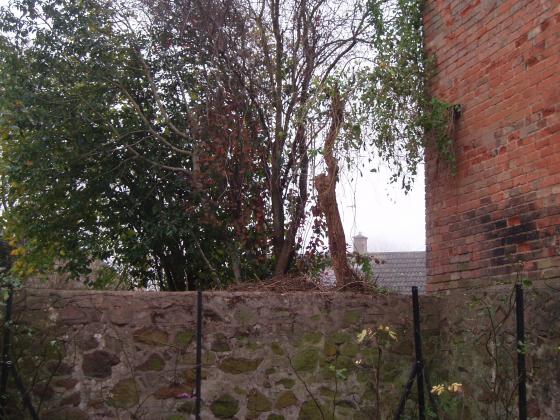 It gave more light to the roses 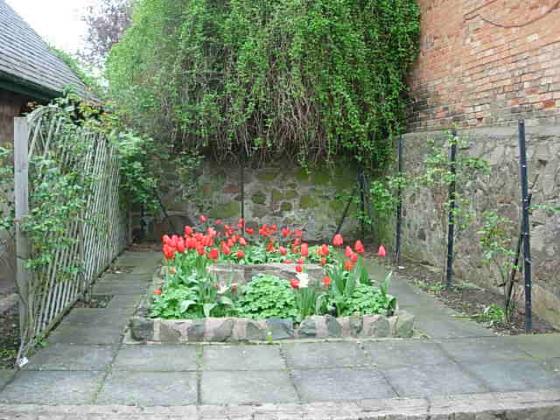 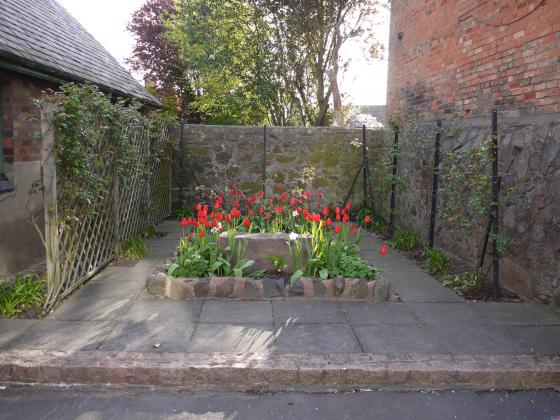