The Olympic Torch travelled through Rothley on Tuesday July 3rd 2012. It left the National Space Centre at 7.17 am and took a circular route around Abbey Park Road and Belgrave to arrive at the Great Central Railway at Leicester North Station in Birstall at 8.08 am. Travelling north to Quorn and Woodhouse station it steamed through Rothley at 8.29am.

The Steam Engine hauling the train was a Stanier 8F 48624 and carried a special name plate 'GCR TORCH BEARER'. 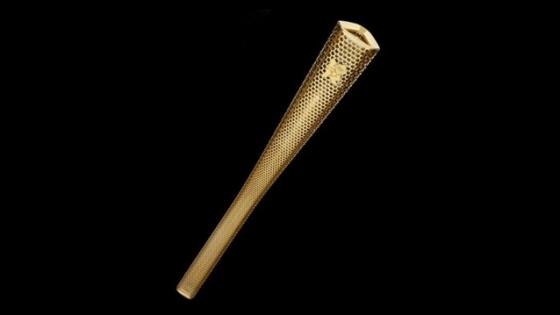 It is made up of an inner and outer aluminium alloy skin and held in place by a cast top piece and base. It is perforated by 8,000 circles and stands 800mm high with a weight of 800 grams.

The design of the torch was inspired by a series of 'threes' that are found in the history of the Olympic Games and the vision for the Olympic Movement. Three words make up the Olympic motto-faster, higher, stronger. 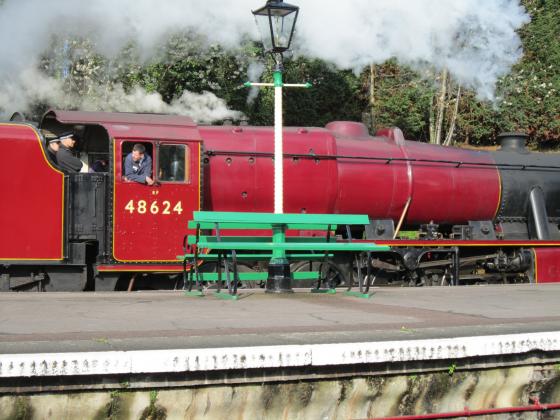 Why were two Police officers travelling on the footplate of Steam Engine 48624 on the 20th April 2012?

One of the relay practice runs took place in Leicestershire on the 20th April 2012 and this included the carrying of the torch through Rothley on the Great Central Railway. 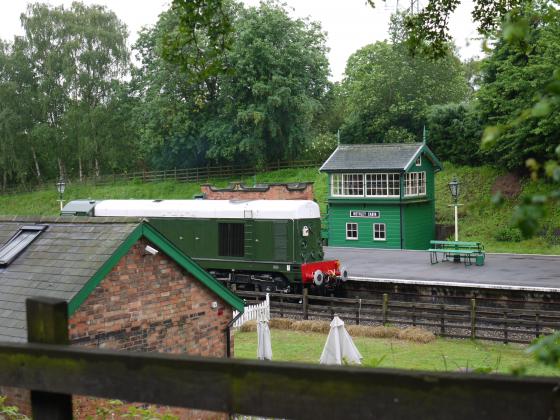 Just in case of problems with the steam engine a diesel engine was brought to Rothley Station but, happily, it was not needed. 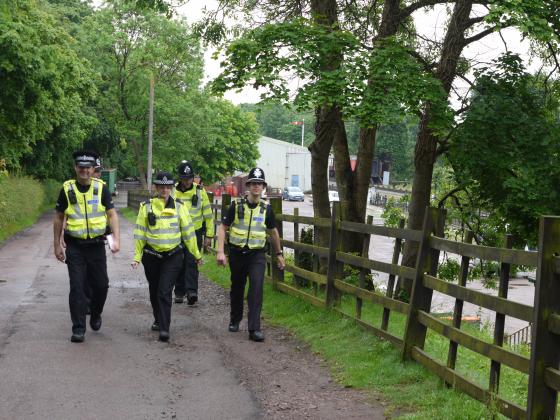 Security was out in force 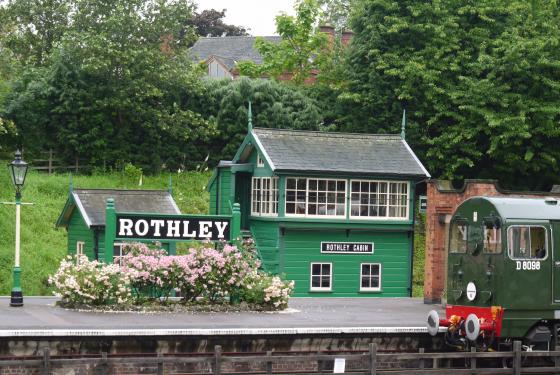 The signalmen were ready in the Rothley Cabin 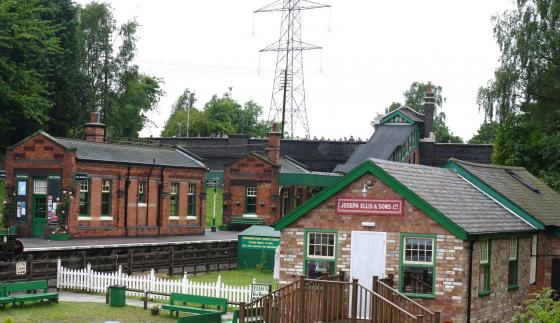 The spectators were gathering on Rothley Station bridge 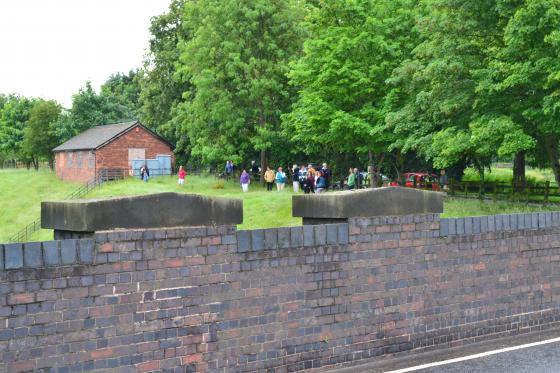 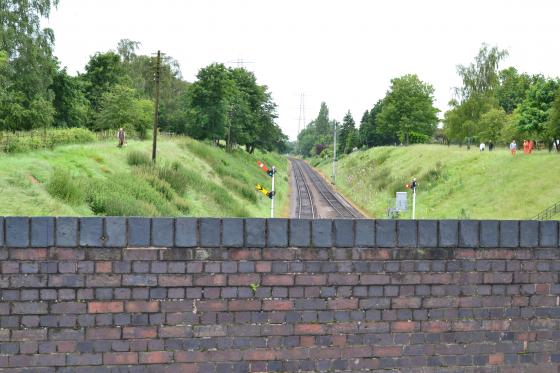 The signal is up 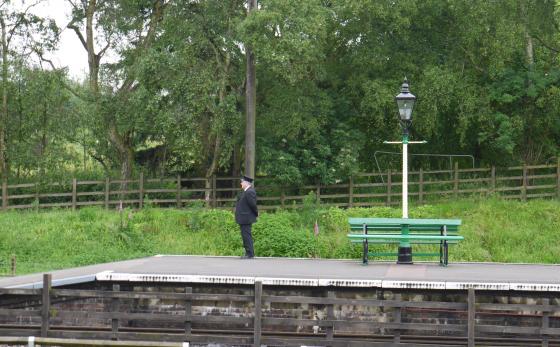 The Station Master is ready for the handover of the token at 08.29am 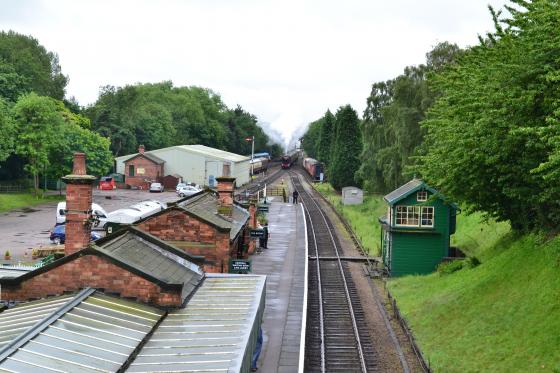 The train approaching the station 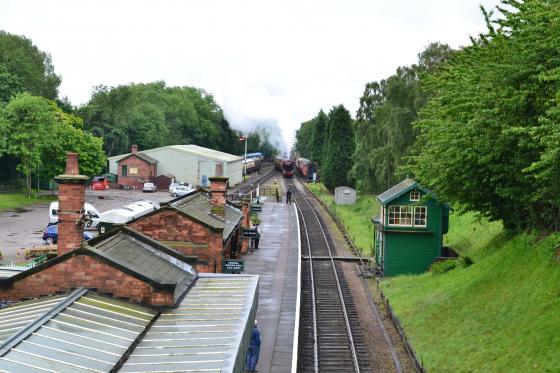 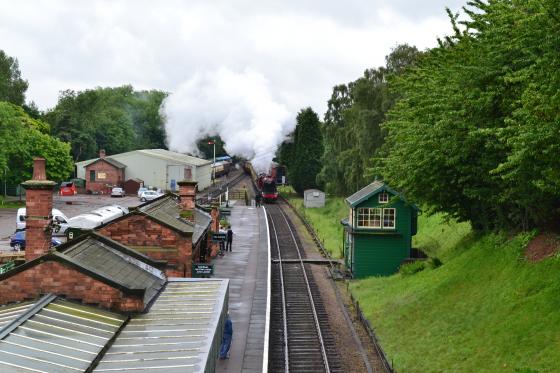 Full steam ahead for Quorn and Woodhouse Station 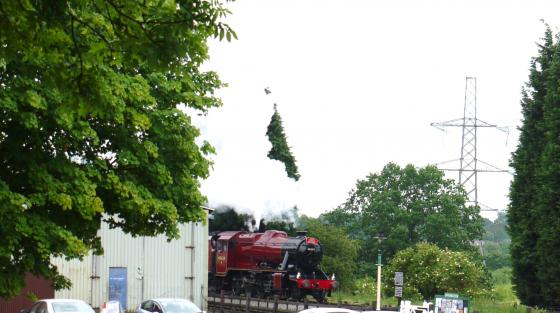 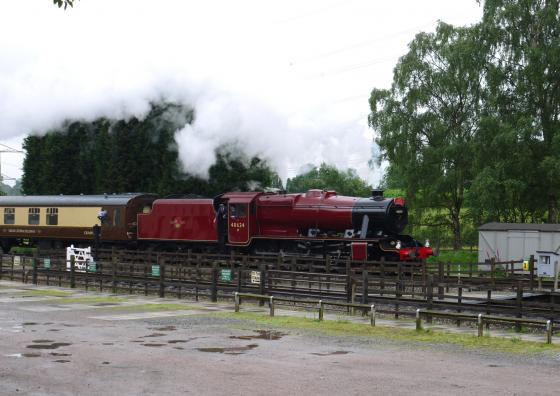 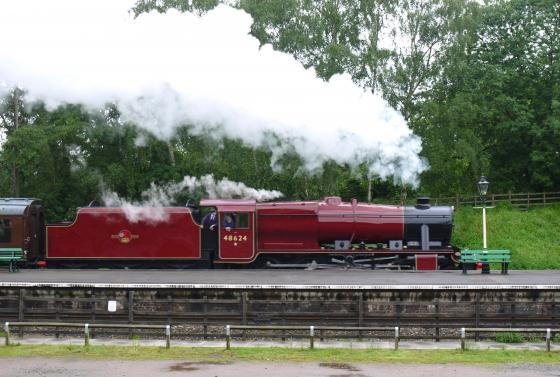 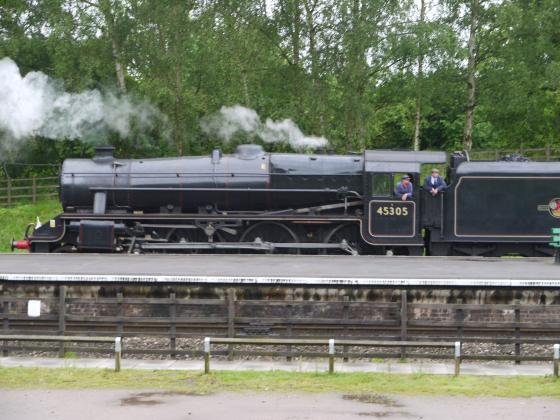 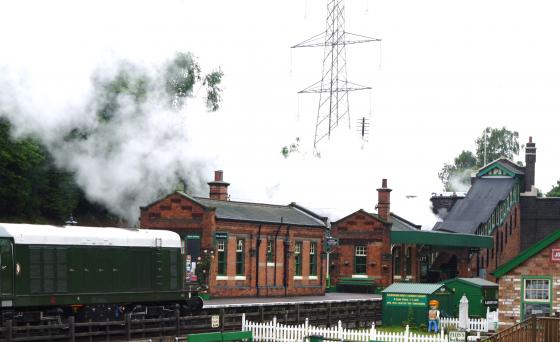 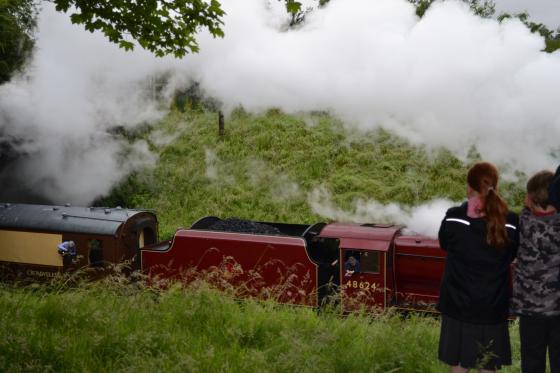 "THE TORCH BEARER" emerging from under the bridge on its final lap through Rothley at 08.30am on Tuesday 3rd July 2012 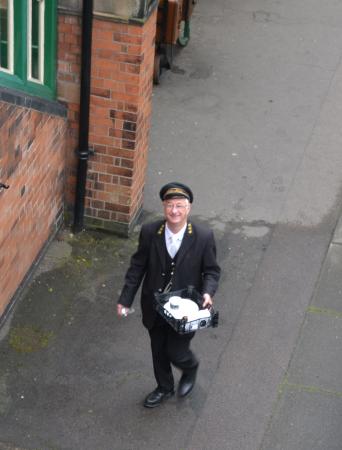