Being next to the Rothley Brook and knowing the history of flooding in Rothley the buildings close to a possible rise in the water levels were designed to be high enough for the flood to flow through the grounds and over Fowke Street into the playing fields opposite.

This was put to the test in July 2012 when water levels throughout the country were extremely high due to an abnormal amount of rain falling in one day, the 6th July 2012.
Rothley Brook discharges into the River Soar just under the by-pass so the waters have been swollen by rainfall from upstream. It was running so high that it was up to the height of the bridges causing floods in places that are usually clear even in heavy rain.

Work to the storm drains in Fowke Street in 2014 have made a very big improvement to drainage. 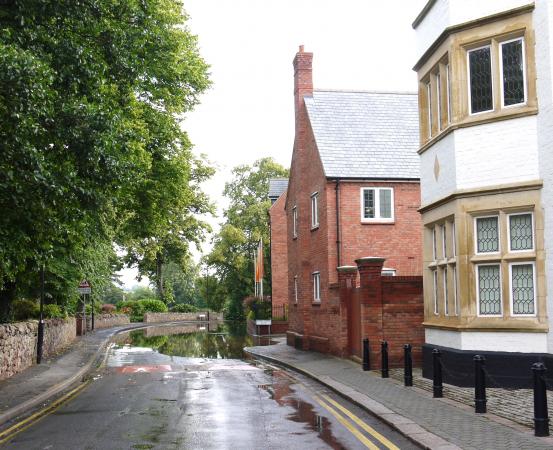 Front of The Grange with flooding in Fowke Street. July 7th 2012 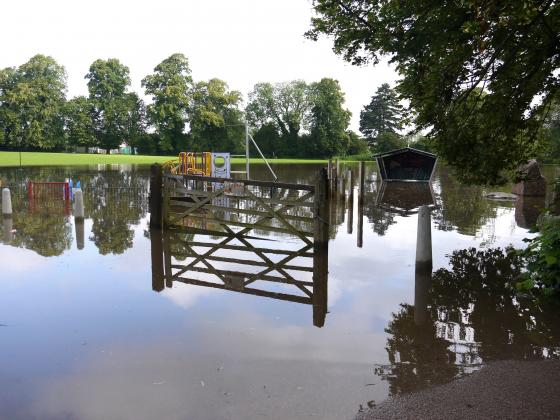 The water floods over into the playing field opposite The Grange, Fowke Street. July 7th 2012 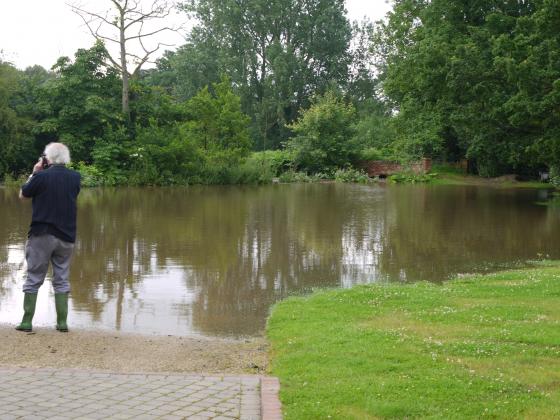 Path through the gardens down to the bridge 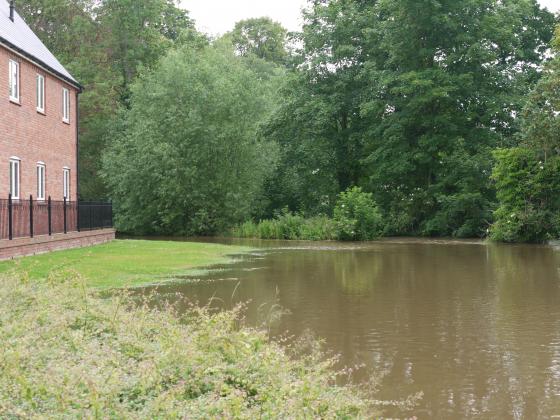 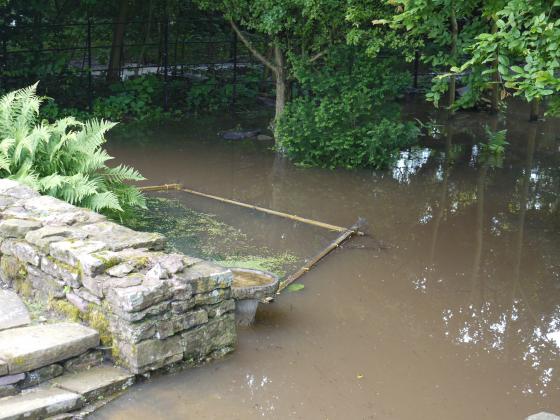 The tadpoles in the half-moon pond must have been surprised. July 2012 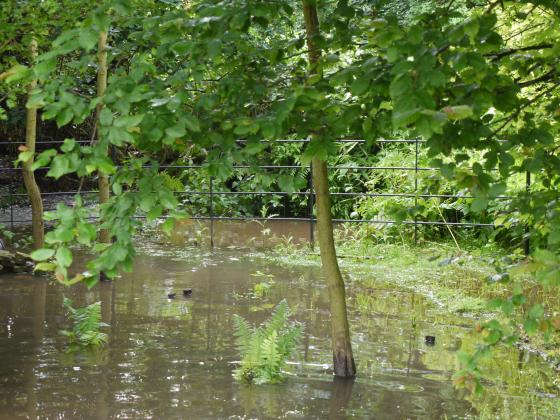 We have probably lost the newt that had taken up residence in the wishing well pond. July 2012 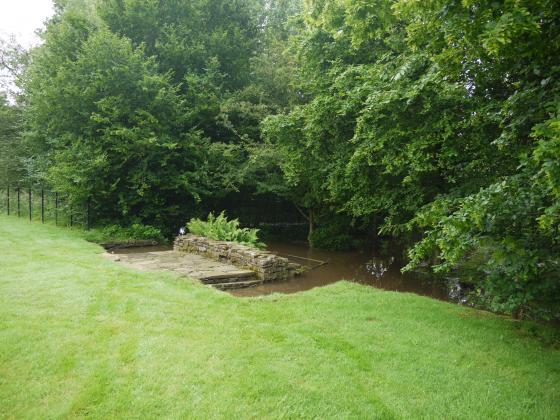 To return to Site 122 The Grange please click on the link: