AND THE GRANGE MILLSTONE TABLE

There is history in so many things and if we don't record them they can be lost forever. This is true of stone items from the garden of The Grange that were recorded in 2002 but not to be found in 2006. Not just stone items but the metal eagle that stood for years on top of the front porch and taken away for safe keeping in 2002 has never been seen again. It was a condition of sale to William Davis that a replica eagle be placed above the front porch but this is in stone. Swithland slate roofing tiles were stripped from the outbuildings in the car park until the site looked totally vandalised.

The Cider Press was discovered being used as a garden ornament and looking very overgrown and in a sea of weeds. The Heritage Wardens recovered this piece of history and asked for help in identifying its use by an article in the Rothley Post in January 2006. The response from a Gloucestershire farmer recently moved to Cossington gave us very interesting information and identified it as an old apple crushing trough. The crushed apples were then removed to a separate press to produce the liquor for fermenting. Such saucers as these were also called 'pound stones' whilst the actual crushing was done by a rolling, circular stone known as an 'edge runner'. This was set vertically into the slot to crush the apples lying in its path. It was powered by a horse which just walked round the circular trough. They are dated to the 18th and 19th century and perhaps earlier.
With cider being made in Somerset the troughs there were made of Portland granite but the Rothley trough is made of coarse concrete using large pebbles and gravel in the mix. The inside of the Rothley trough is smooth so it looks to have been used. At this point there was no trace of the edge runner stone.
Where did this apple trough come from? We do not have records of cider apple trees growing in Rothley (we do now) so was it imported as a garden ornament? Mrs Abbott Robinson was a very keen and artistic gardener during her years at The Grange from 1894 to 1950 so I am happy to think that she did buy it for her garden and it served as a very different ornament for her plants.
It is pleasing to see that William Davis took action on our request to preserve this piece of history in the landscaping for their development. The attempt by persons unknown to steal it in 2006 must have been thwarted by its sheer weight. The damage to the iron handles show that they had a good attempt so they had to be satisfied with stealing the millstone and lions. They must be gracing someones garden, somewhere, with perhaps an eagle ready in pursuit of modern garden thieves.

It's final destination. Gracing the gardens of the 'new' Grange. July 2008 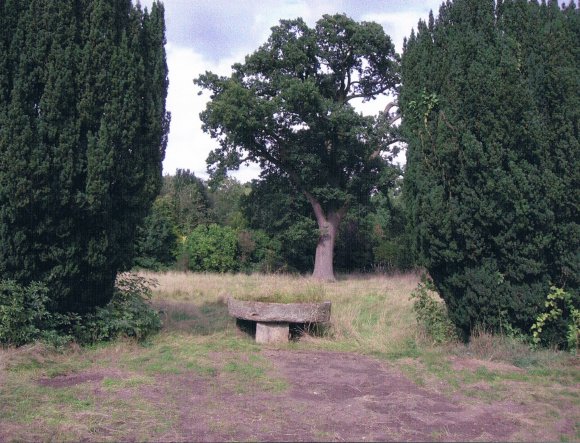 The Cider Press used as a garden ornament but full of weeds. October 2005 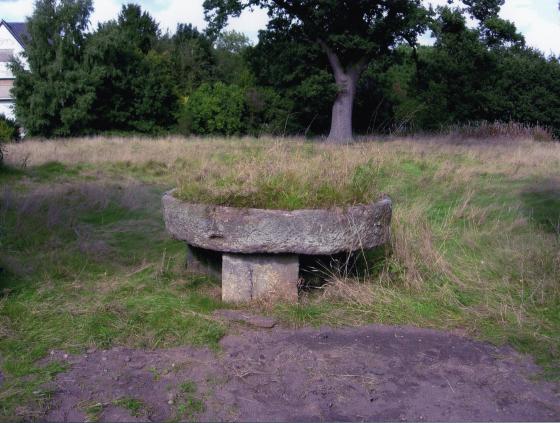 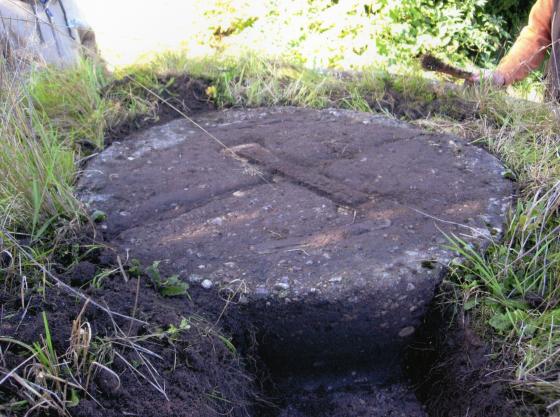 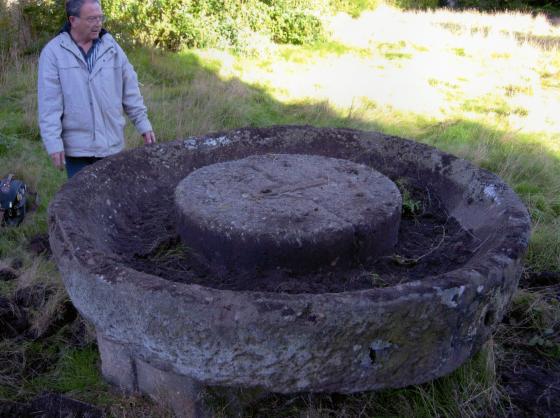 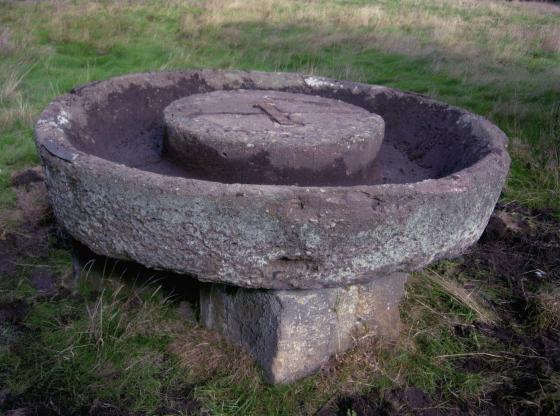 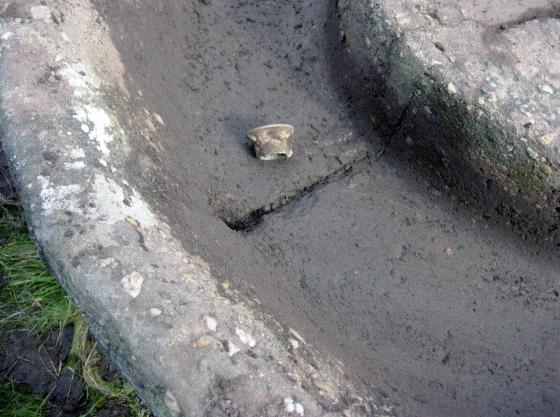 A cider 'trough' does not have a bung but this would most likely have been made to soak away excess water when used as the garden ornament. October 2005 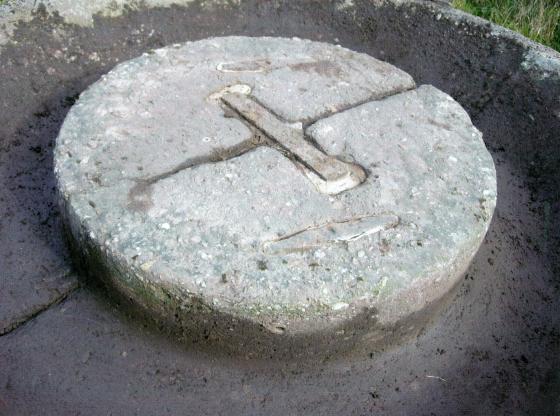 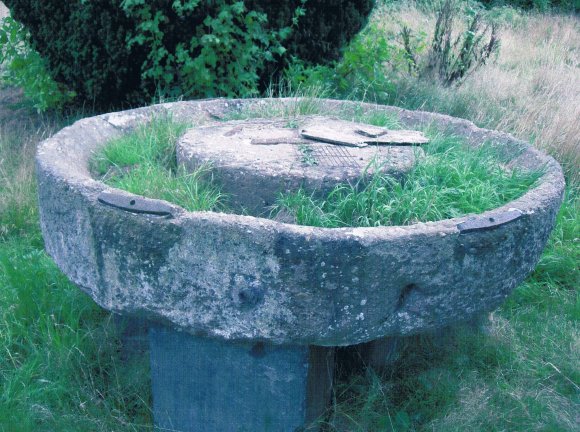 In 2006 an attempt was made to steal the cider press but the metal handle was pulled out due to its weight. This happened at the time the mill wheel was stolen when the burial ground was excavated in 2006. Photo August 2006 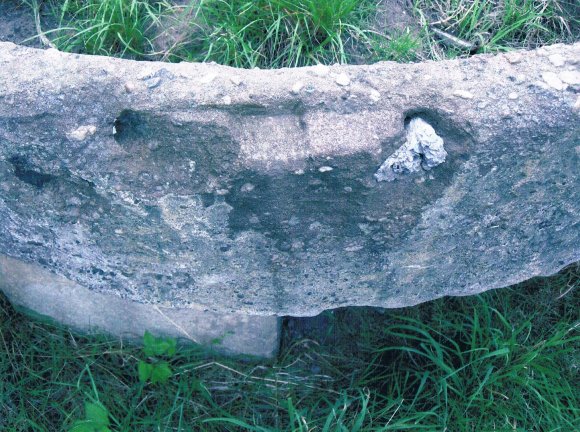 The metal handle remove when an attempt was made to steal the cider press. August 2006 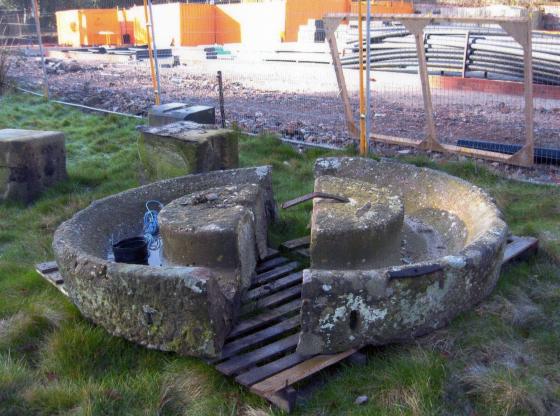 Being removed for placing in the central landscaped area. The large stones that it stood on to the left. July 2008 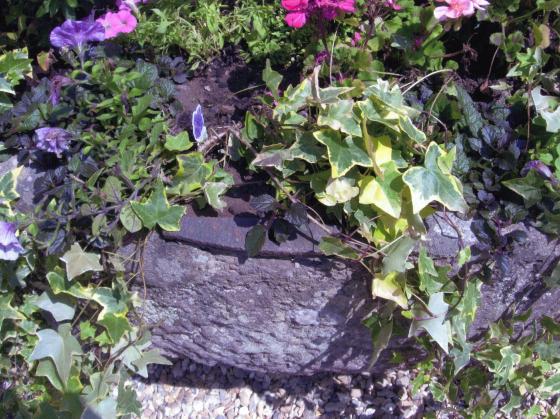 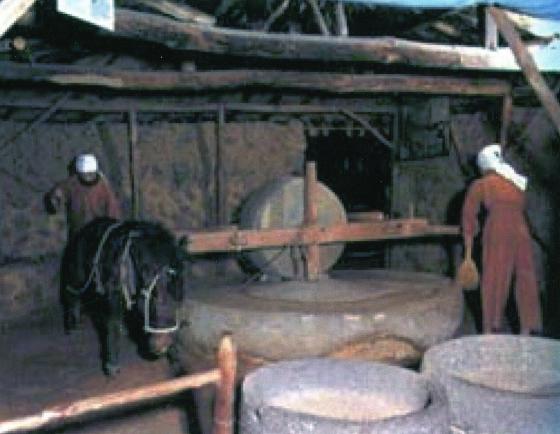 How 'cider troughs' used horses to crush the apples. 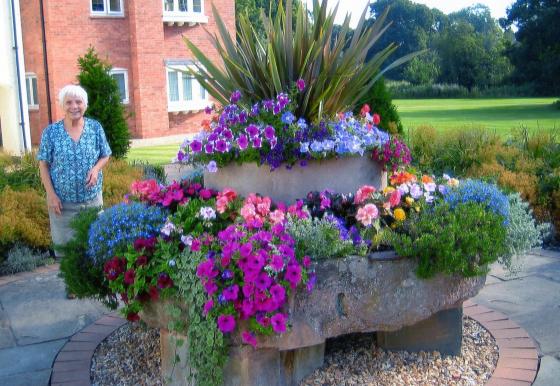 Gina, from Saxon Court, by the Cider Press in September 2013 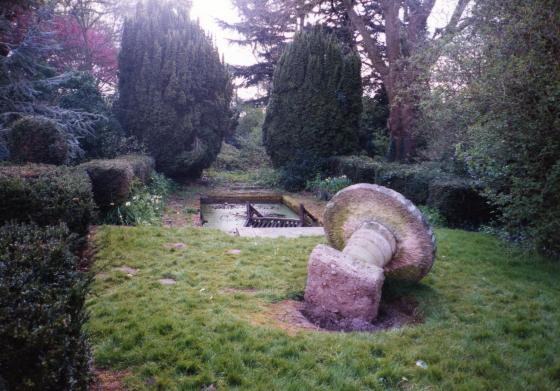 The top was stolen in 2006 at the time the burial ground was excavated. 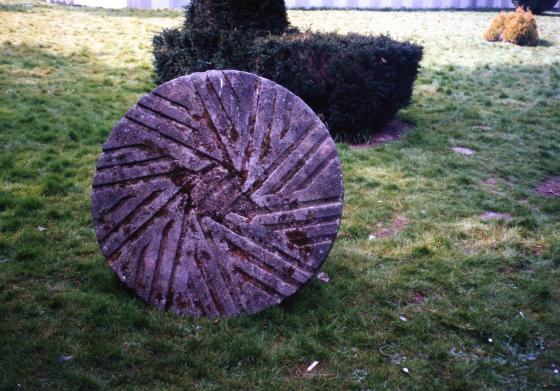 The top of the Millstone Table. April 2002 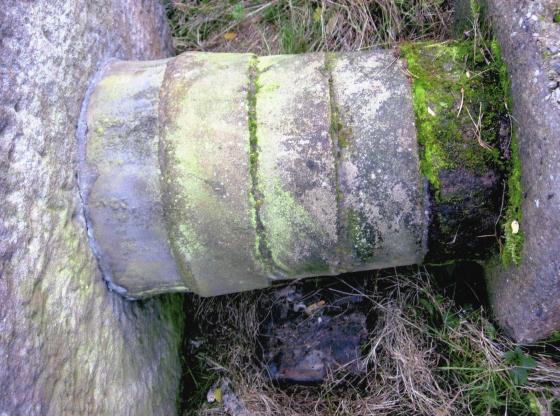 The sturdy construction of the Millstone Table. June 2004 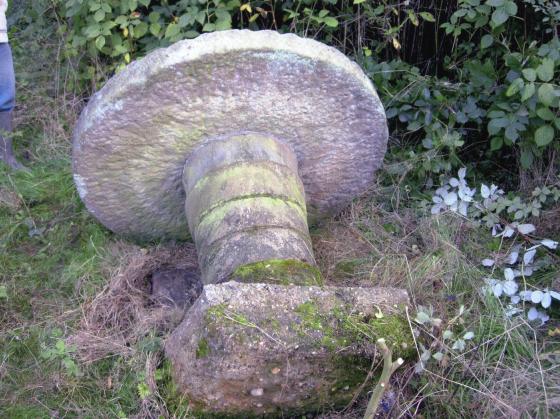 The underside of the Millstone. June 2004 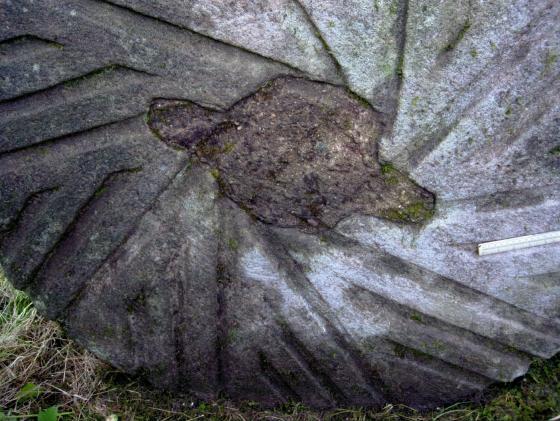 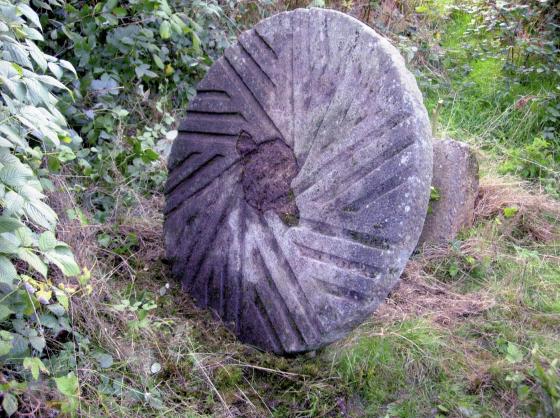 Getting lost in the vegetation. June 2004 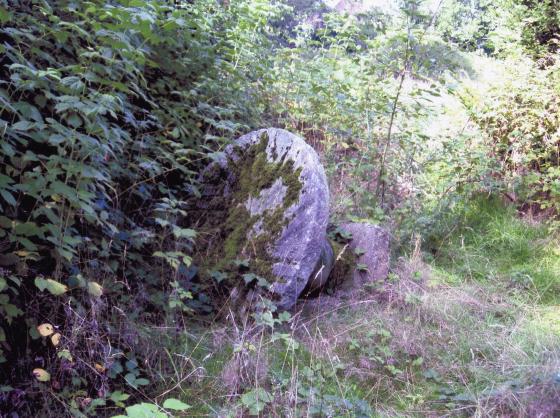 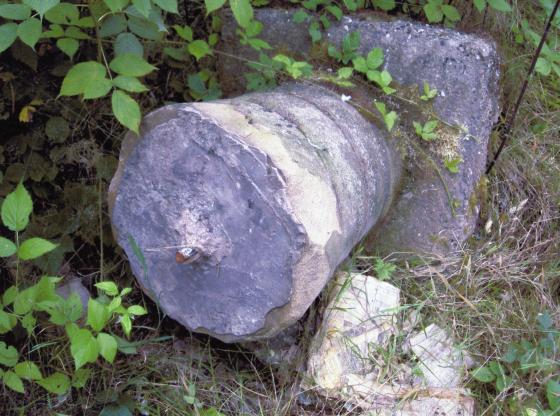 To return to The Grange please click on the link: