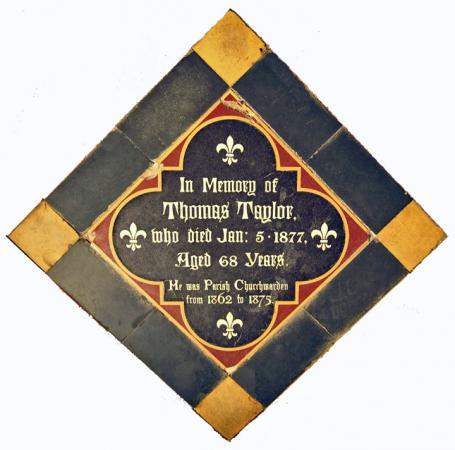 Thomas Taylor was one of that breed of Yeomen Farmers that fitted in stints as Churchwarden around their farming activity. He was born in Hope, Derbyshire and married the Mary Webster of the facing page in December 1830. Their base was in Town Green, and they had a daughter Eliza in 1833 and son Henry in 1835. Neither of these children married or left the farming home, and in 1901 the brother and sister duo were still at the helm of the farming operation. 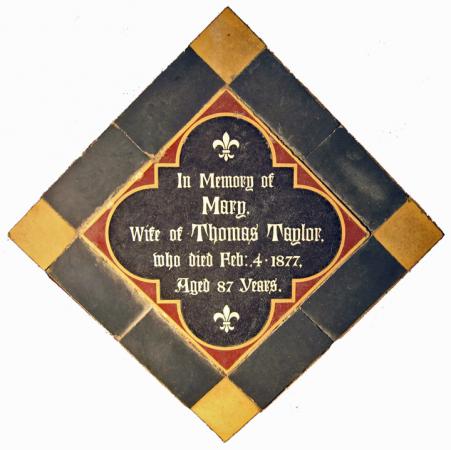 Mary Brown was previously married to William Webster, who died in July 1829 aged 40. Mary was carrying a child at the time of his death, and Sarah Webster was born in 1830. Sarah is recorded in the 1881 census as half sister to Henry, resident in the family farm in Town Green. The much older Mary clung onto life for just a month after the death of her husband, Thomas. These tiles would most likely have been commissioned by Henry & Eliza.