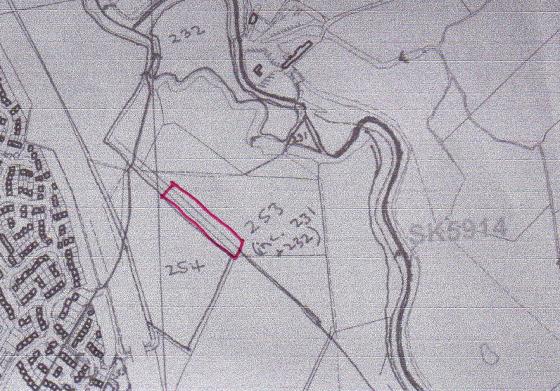 This visit was to see how the land had changed since the building of the LPC (Leicester Paper Company Site 304) on what used to be Lodge Farm.

This pond, Pond 34, I have named Penningtons Pond after Ron Pennington of the LPC who we met and told us about the site and the planting. This pond is for the water run off from the LPC site and has an outflow down to the River Soar.

Charnwood Borough Council owns the land around the pond and is hoping to negotiate to include it in the Rothley Lodge Wildlife Site (Site 253).

In a visit in September 2006 it was a good area for goldfinches and linnets on the pond area scrub but this will be kept under control due to the use of the site to hold excess water in times of flood. 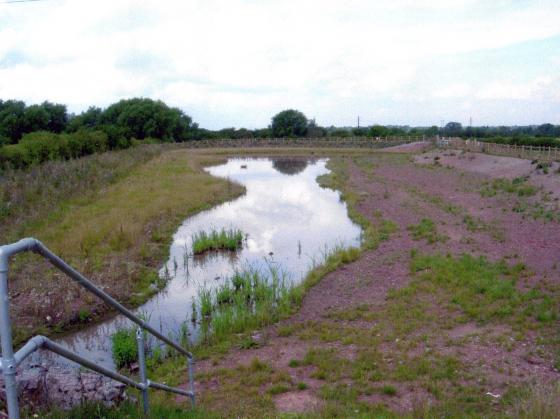 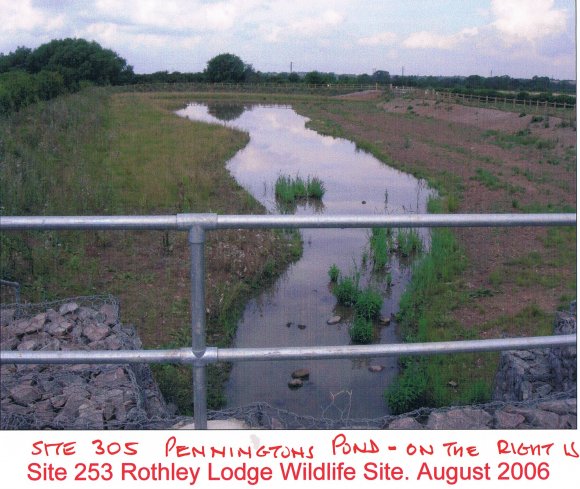 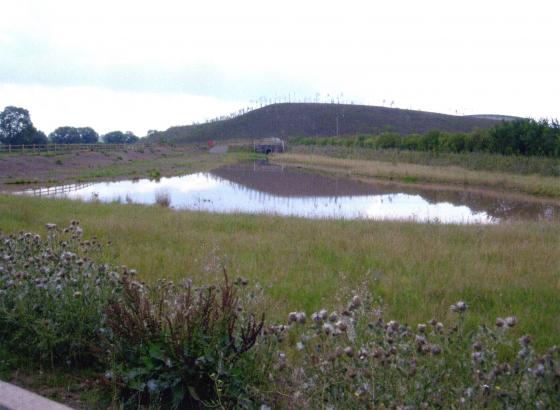 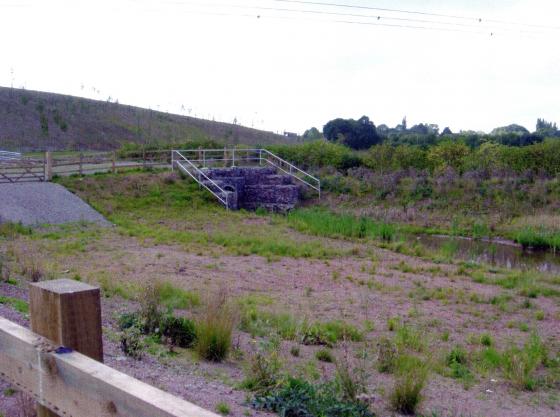 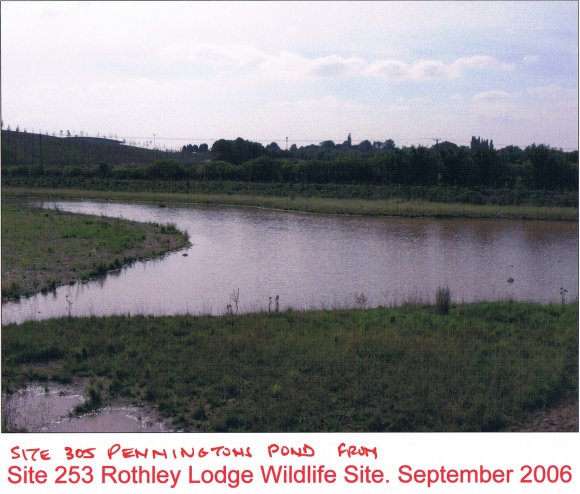 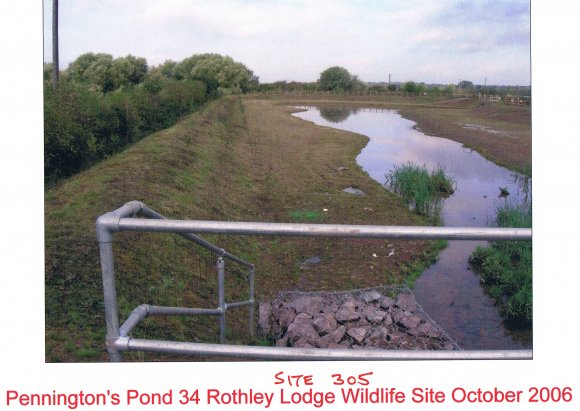 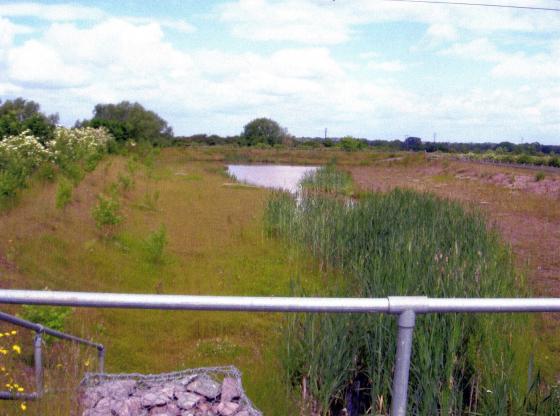 Brian and I made a return visit to the pond to see how it was developing. The scrub margins had been kept under control but there is a good pond margin of Reed Mace. 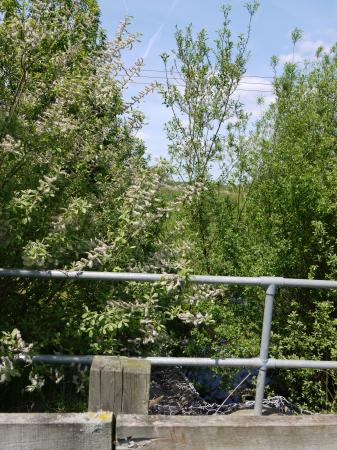 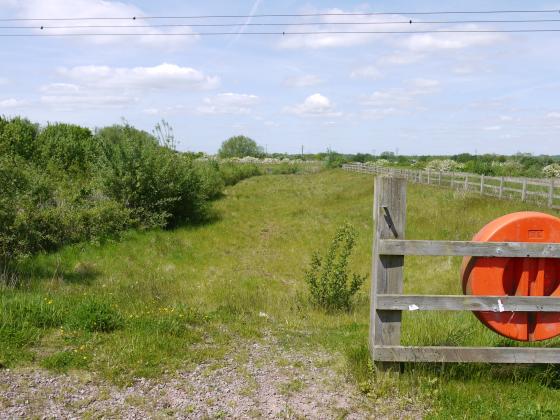 Looking from Site 304 LPC to Mountsorrel. Water is to the left behind the vegetation. June 2013 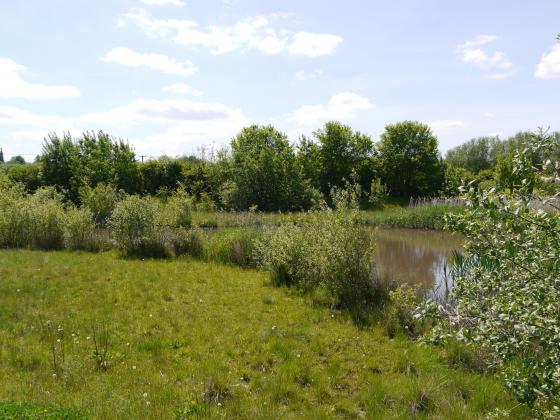 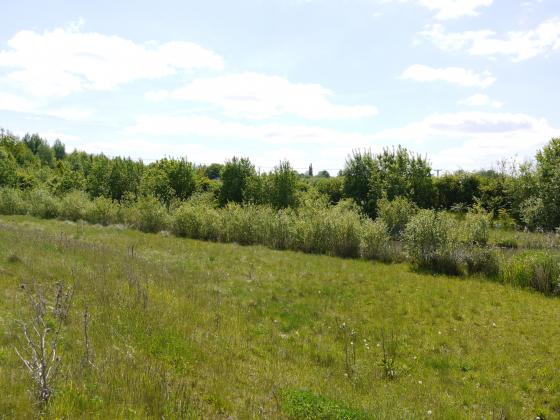 Looking to the by-pass over the pond. June 2013 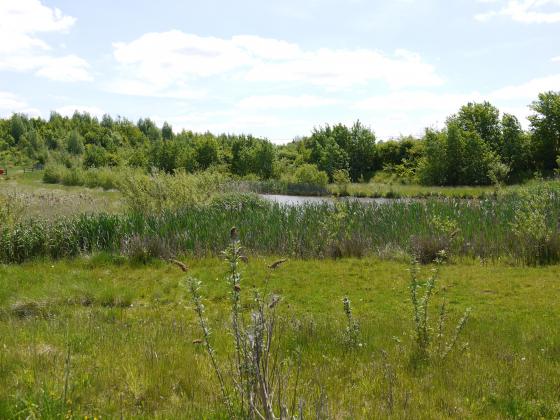 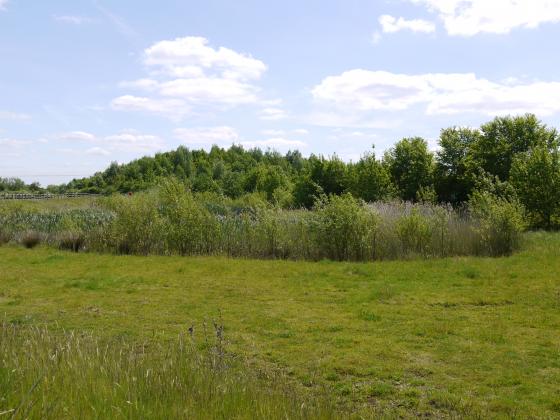