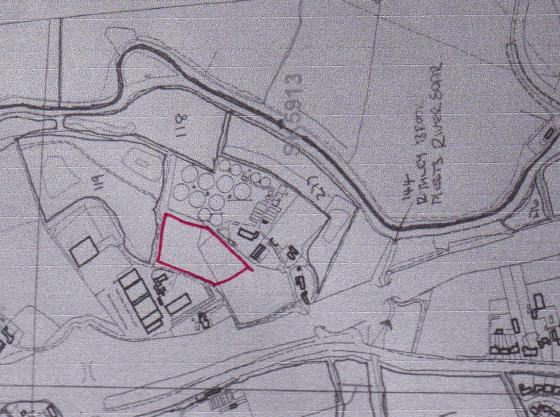 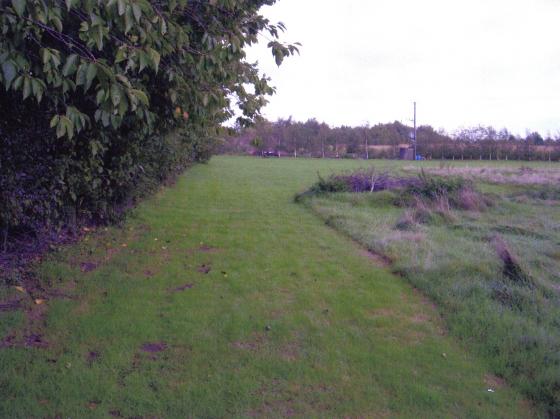 Public footpath runs along the left hedgerow. May 2008

Although this paddock is not accessible from a public road there is a Public Footpath running along the private drive, over Archery Field Site 300, and then through this field along to the back of the Wyevale Garden Centre (Rowena). This field now appears to have an entrance road through to the Sewerage Works. Due to the building of the A6 By-pass there have been changes to the route of the footpath but the part through this field has not been changed. Having walked this footpath from time to time to see what was going on there is no doubt that the owner of Farnham Bridge Farm has tried to disguise the start from the Old A6 and the owner of Soar Bank Farm did his best to disguise the route beyond his field. I did a photographic record of this footpath for Leicestershire County Council in 2007 to show how it had been obstructed. In 2008 it is now well signed.

In this field there is a good boundary of fruit trees but the land is not stock proof and is mown. 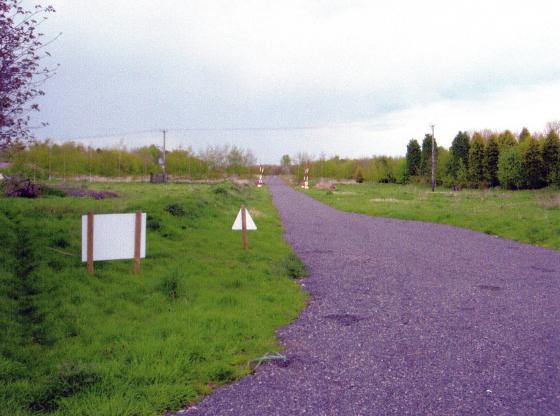 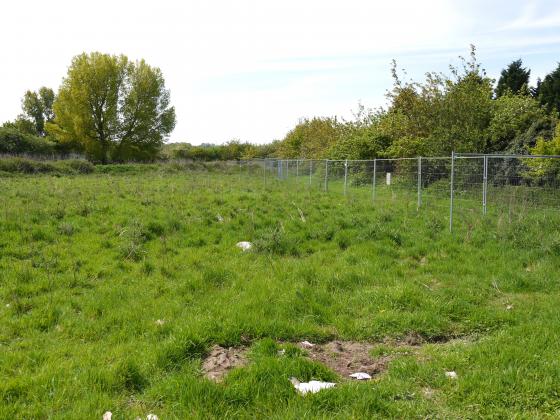 The public footpath leading to the Archery Field is behind the wire fencing to the right. Looking to the old A6. June 2013 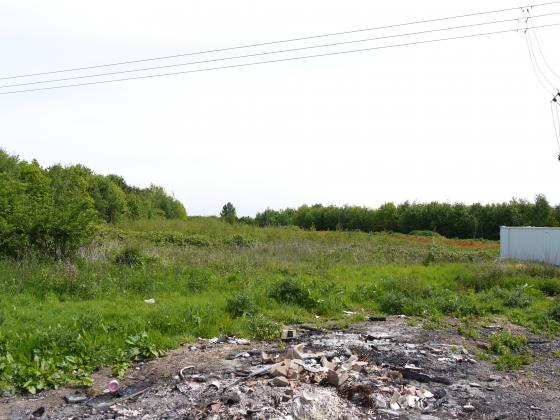 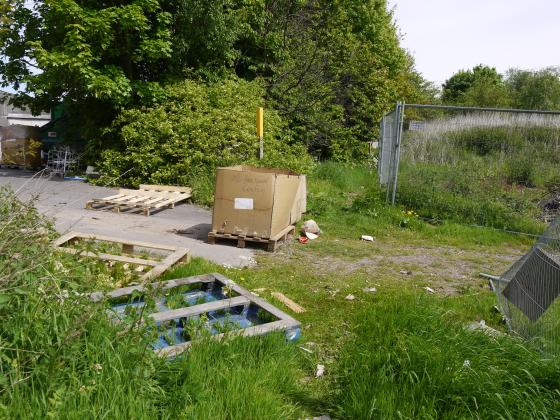 The public footpath through this paddock is fenced off. This part leads around the back of Rowena Garden Centre to Site 304 LPC. June 2013 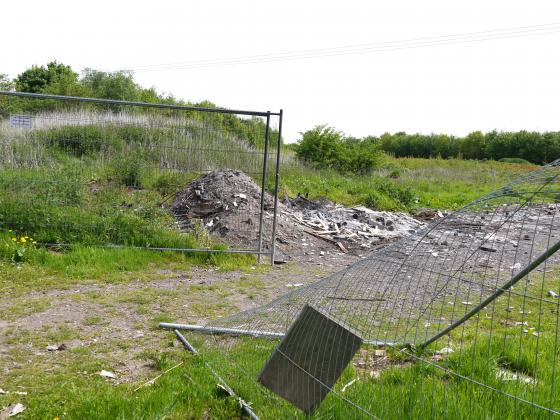 Looking over the paddock to the River Soar. June 2013 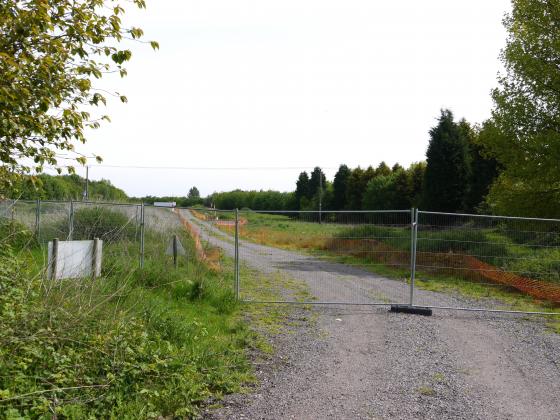 Looking down to the River Soar. June 2013