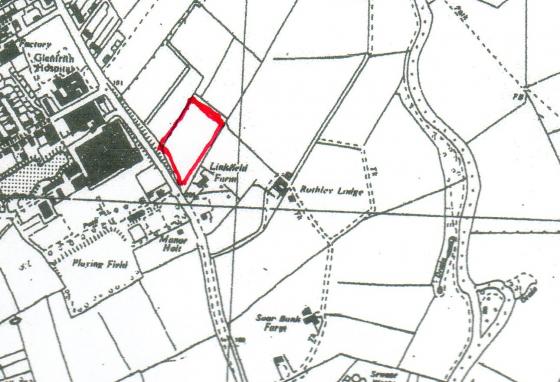 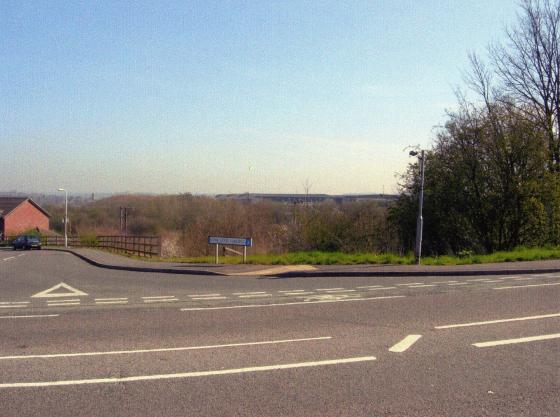 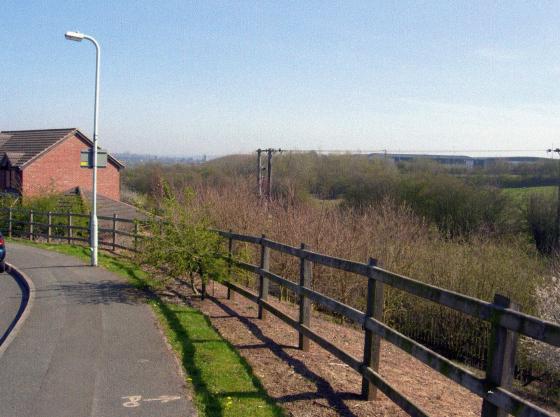 Linkfield Farm Marsh on the right as you go down Rowe leys Furlong. April 2007 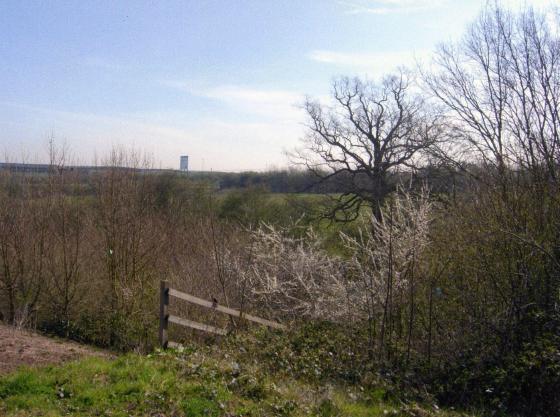 Location: Field adjoining the old A6 on the borders of Mountsorrel

Could be part of Linkfield Farm.

The only way into this site appears to be from Site 283 Rowe Leys Paddock and then into Site 285 Linkfield and then through gaps in the hedgerow.

As the fence into Rowe Leys Paddock was broken down and therefore no livestock we took the opportunity to visit Linkfield Farm Marsh.

It was a very interesting morning.

This site appears not to have any management, the thistles and nettles are abundant and the hedgerows unmanaged. 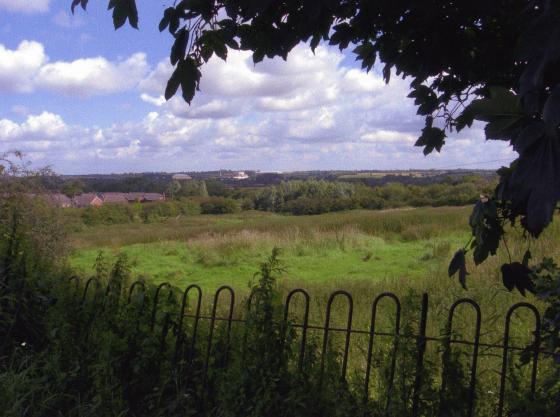 From the Loughborough Road looking over Linkfield Farm Marsh to Barrow-upon-Soar. July 2007 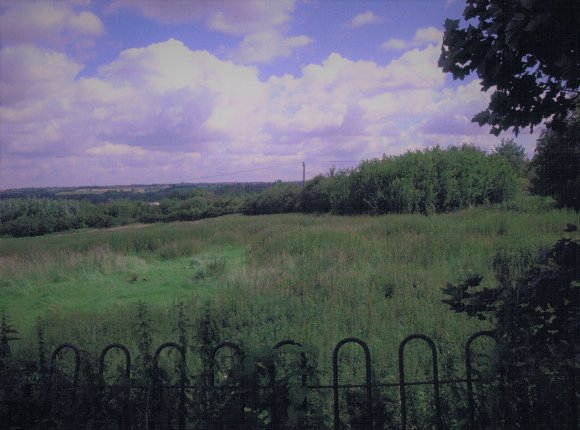 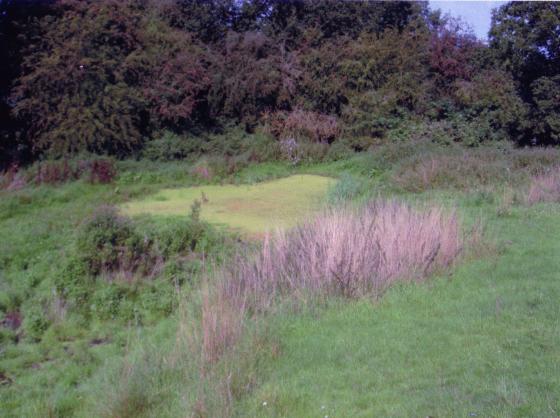 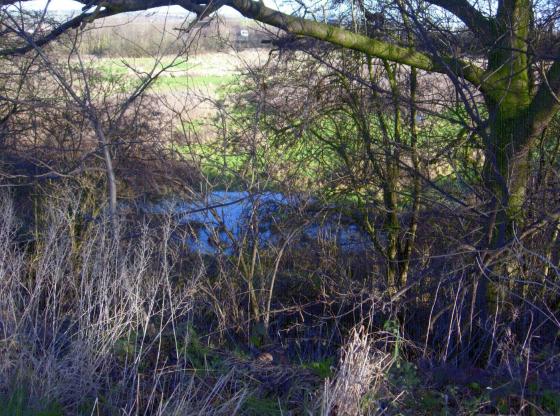 Pond 47 just on the boundary with Loughborough Road and Rowe Leys Furlong. January 2008

We began by looking at a good pond that was there in January 2008 but does not appear on old maps. It is in a good hollow and there is good evidence of use by cattle or horses as there is a good slope down churned up by heavy beasts. At the time of writing this I can say that we have so far had a very wet summer and the pond was very full. There are established marginal plants and the whole of the pond covered in duckweed. It may have been developed by the removal of soil to build up the high embankment for the road that takes the old A6 traffic. I have recorded this pond as Pond 47 in the Rothley Natural History Survey. 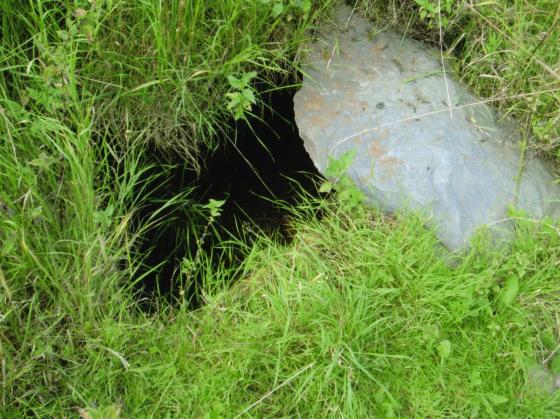 Farm well? Near to the Linkfield Farm and with a large slate cover. August 2009

Trees have been planted on the slopes of this embankment but they are not ancient. There are still old parkland railings along the bottom of this planting.

The three hedgerow boundaries of this field, the road boundary being excluded although it does have hedgerow, consist mainly of hawthorn and the trunks are ancient so could be a really old field boundary.

In the hedgerow boundary on the side closest to Rowe Leys Furlong is an ancient Oak Tree 633 recorded in Site 285 Linkfield.

From this site we could get access to the derelict farmhouse in Site 280 Linkfield Farm so took the opportunity to look around this lost part of our history of farms in Rothley.