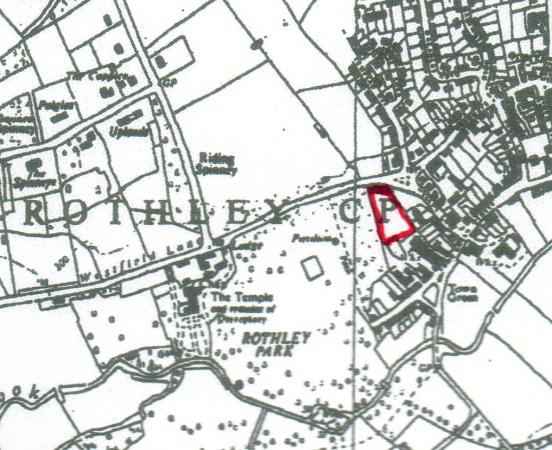 This field is privately owned. It gives vehicular access to the adjoining cricket pitch. 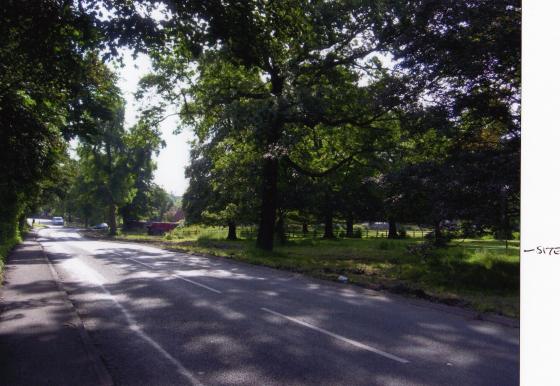 Wellsic Lane Field is on the right behind the trees. Site 120 Cricket Ground Field in the foreground on the right. July 2007

The old iron parkland railings were being replaced so the field was 'open' for recording.

It is usually grazed by horses and therefore does not show what a lovely meadow it could be with buttercups and other wild flowers. With the horses removed during work to the railings it was lovely to see white clover, buttercup, yarrow, daisies, self-heal, common catsear and thyme-leaved speedwell.

At the time of my visit it was still not known if the field was to be used as a car park or just access to the cricket ground so it was important to record the trees.

On a map of 1885 it shows a track running from the corner by Oak Tree 586 into the adjoining Rothley Park Cricket Field. 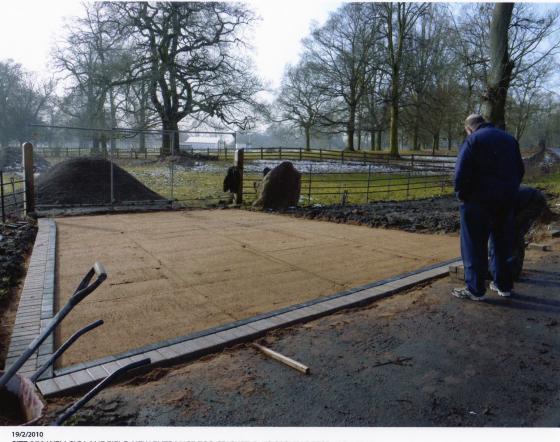 Wellsic Lane Field did not become a car park but an access for vehicles to park in the adjoining cricket ground field. The entrance was upgraded in February 2010 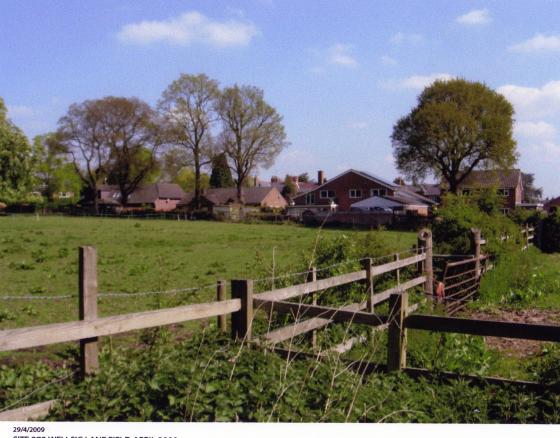 Wellsic Lane Field with houses on Wellsic Lane and the metal gate into Park Farm. April 2009 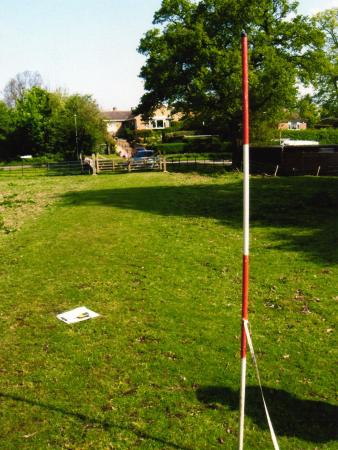 From the centre of Wellsic Lane Field looking to Westfield Lane and the bungalows at the bottom of Templar Way. The lovely wooden gates were stolen in 2009. April 2009 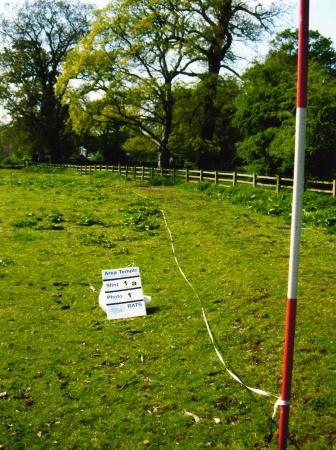 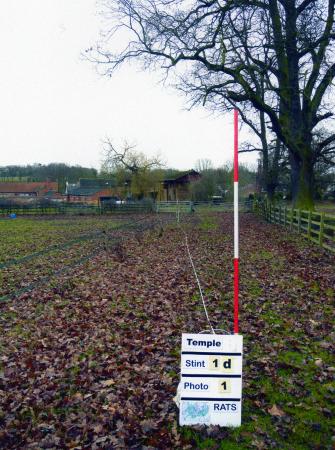 After Terry's visit to the National Archive and his research on this Ancient Boundary it was discovered that we had started our Temple Survey from the wrong point. We needed to move just along the Westfield Lane to get the correct beginning of our stint and the original carriageway entrance to The Temple. The Temple Boundary Sketch Book of 1882, held in the National Archive, shows this part of the ancient boundary as 'Def', Defaced.

There is still no hedgerow in this amended part of the stint as we cross the corner of Site 120 Rothley Park (Cricket Ground Field). Stint 1a is fully in the park but we cross into Site 279 Wellsic Lane Field during Stint 1b. Instead of the fence when we were there doing the original stint it is now electric fencing defining the driveway to parking on the edge of the Cricket Ground. Fencing remains beyond the vehicular access gate to the parking area.

Stints 1c and d continue along the fence line as in our original survey in April 2009.

This time, we have added an extra stint, Stint 1d(2) as the original 120 m stint has extended to 163m due to moving the start point further along the Westfield Lane.

We end up in the same place as in April 2009 at the start of Stint 2 in the farmyard of Park Farm.

The outbuildings in the farmyard have been put forward for planning but still not granted in January 2012. The old Threshing Barn would be converted, the pig sties into garages and new houses. This is an historic part of Rothley and is looking rather sad without much needed care of historic buildings. 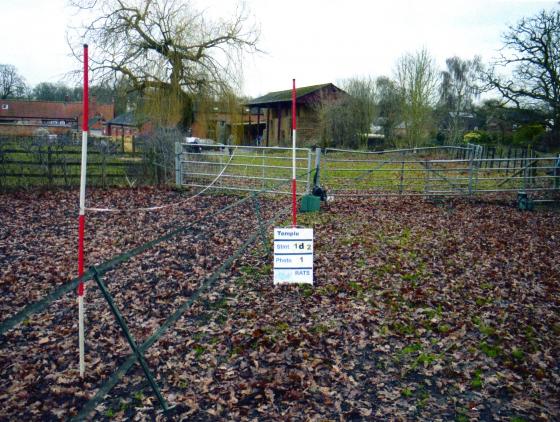 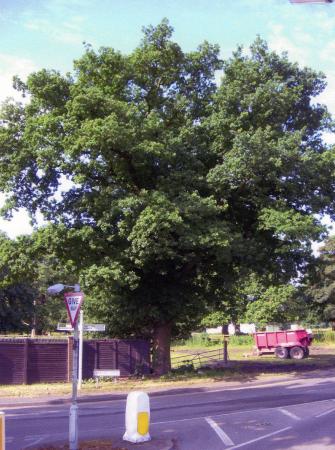 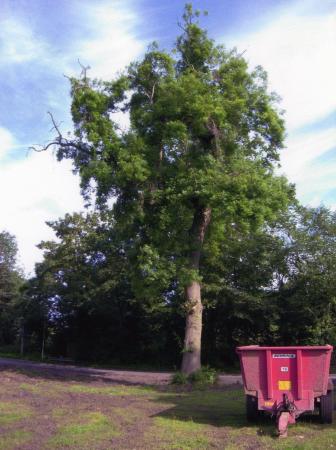 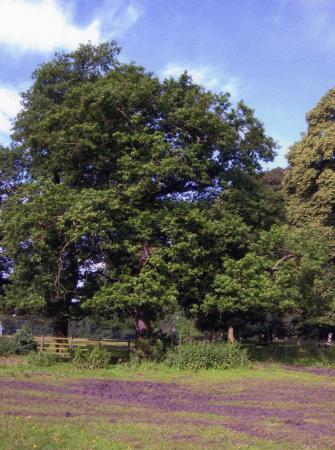 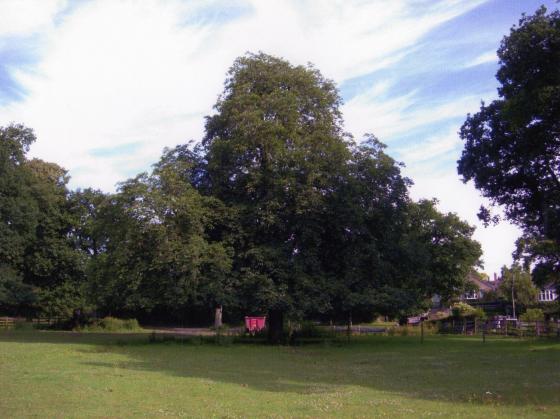 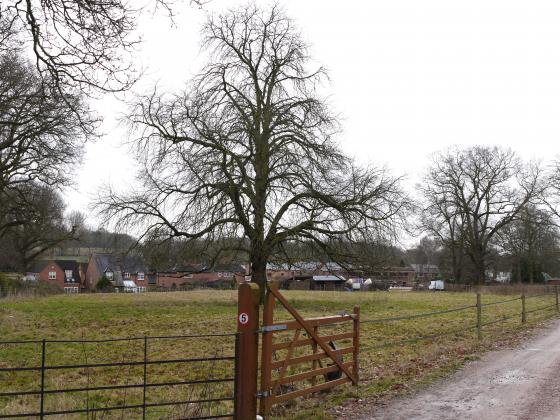 Looking from the corner of Westfield Lane and Wellsic Lane to the building of new homes on Park Farm, Town Green Street. February 2015 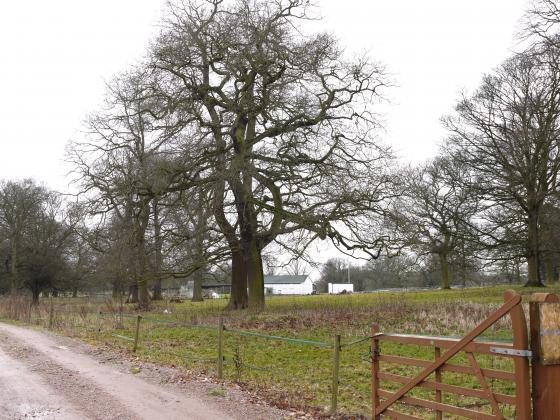 Looking from the corner of Westfield Lane and Wellsic Lane over the boundary into Site 120 and the cricket pavilion. February 2015 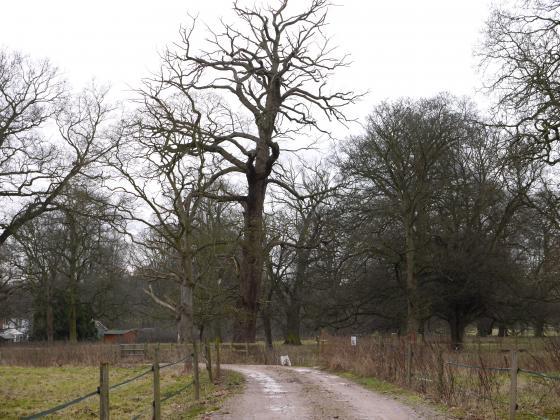 Looking from the corner of Westfield Lane and Wellsic Lane down the track that gives access to the cricket pitch. February 2015 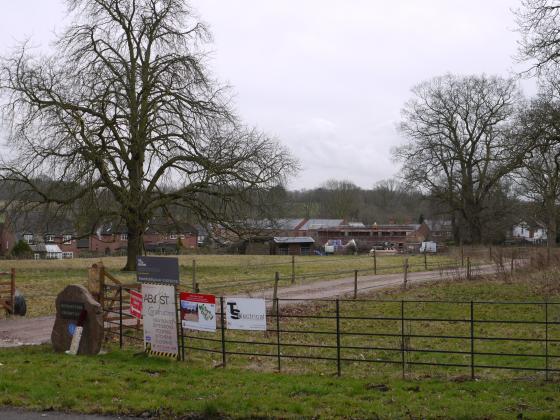 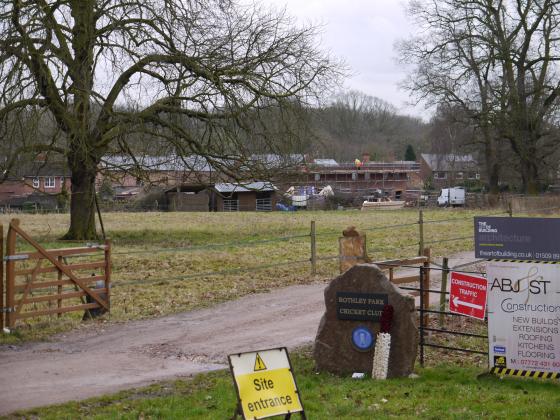 Looking to the building of houses on Park Farm. February 2015