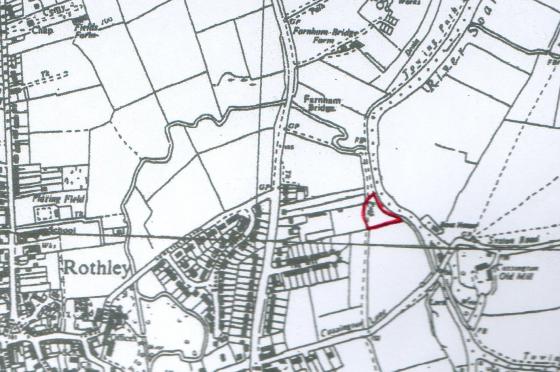 This site is accessible by a Public Footpath. 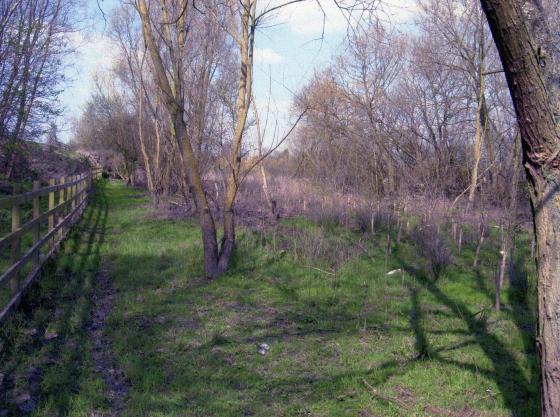 Hay Flat Marsh with footpath running along the fence. April 2007 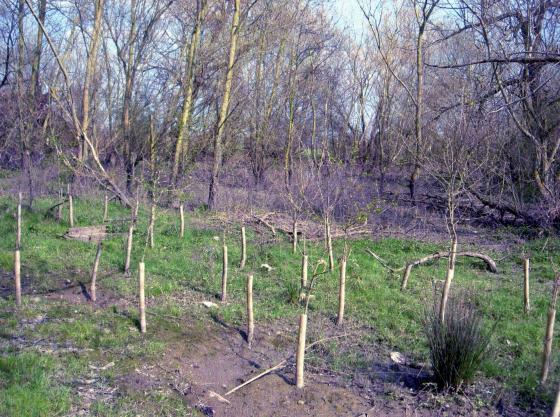 This is a well-named piece of land as it gets very soggy when the adjoining River Soar floods.
Planting has taken place in this area and it will be interesting to see if any other marsh plants appear now that more light has been let in.
There was a small stand of Ragged Robin by the stile. 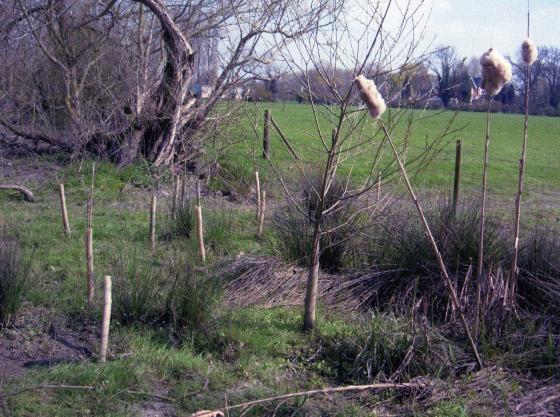 Osier Villa on Cossington Lane at the rear to the right. April 2007 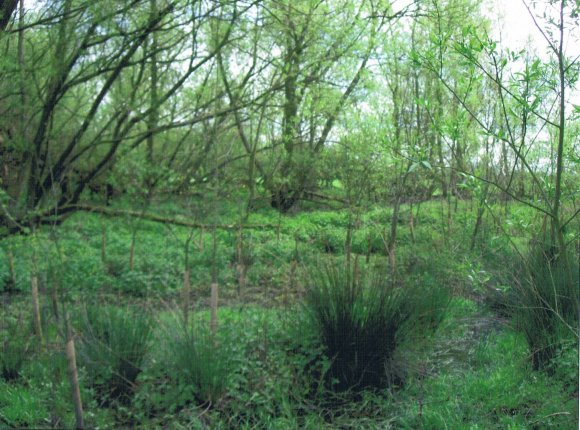