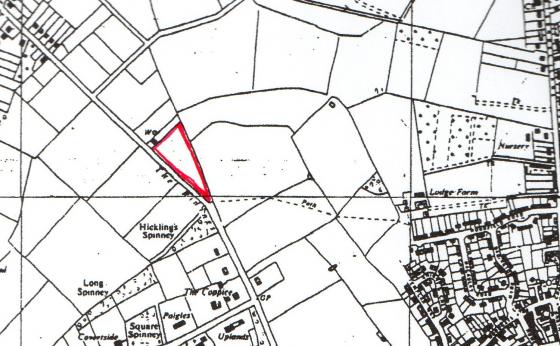 This triangular shaped field is accessed from The Ridings. There is no public access. The old field name was The Triangle. 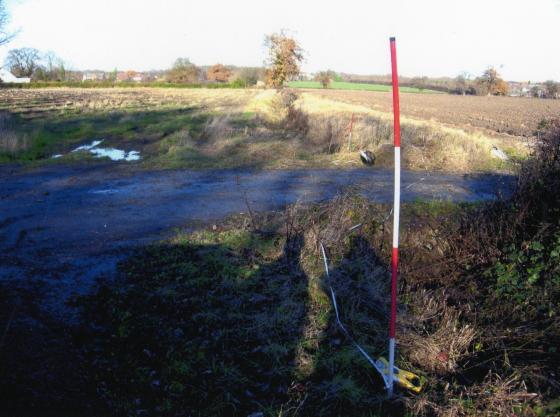 Triangle Field to the left of the ditch. December 2007 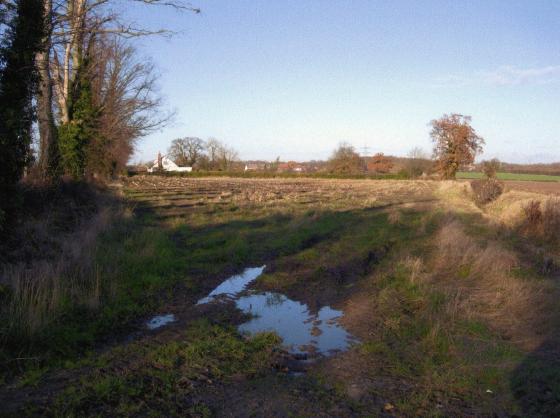 The Ridings behind the trees on the left. 'Pax' in the distance. Rothley Ancient Parish Boundary along the ditch to the right. December 2007

The Rothley Ancient Ecclesiastical Boundary (RAPS) ran along the boundary with Site 183 North Stocking where it joined up with Gipsy Lane looking towards Mountsorrel. It is not now part of the present parish boundary (2012).

There is a large Oak Tree 361 on the boundary with North Stocking and this is recorded in Site 183.

The 'triangle' is currently used as arable land (2012) 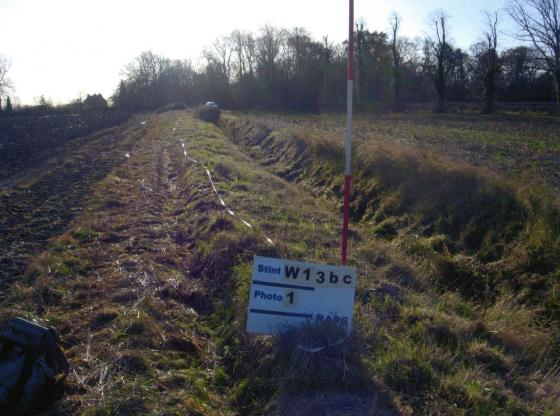 Triangle Field to the right. Stint W13 of the Rothley Ancient Temple Survey along the ditch. December 2007

More details about Stint W13 below:

At the start of this stint is an Ancient Oak Tree 361. There is the further remnant of a stump just a short way away.

Most of this stint has no hedgerow but still an excellent ditch. Where there is hedgerow we now see hawthorn and blackthorn and the end of the elm. 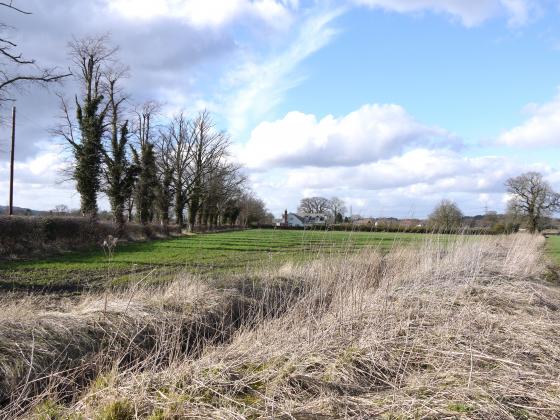 Looking over Triangle Field to 'Pax' and The Ridings to the left. February 2015 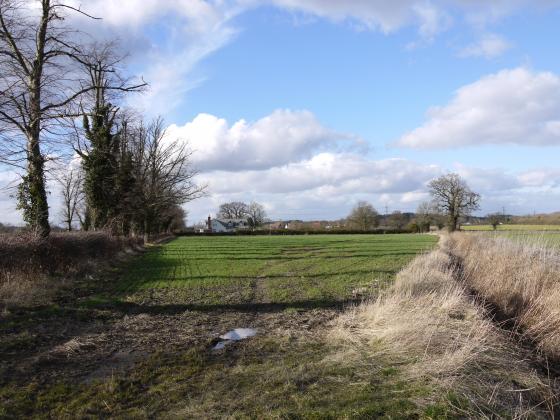 The Ridings to the left, West Cross Lane to the back and Site 183 North Stocking to the right of the ditch. February 2015 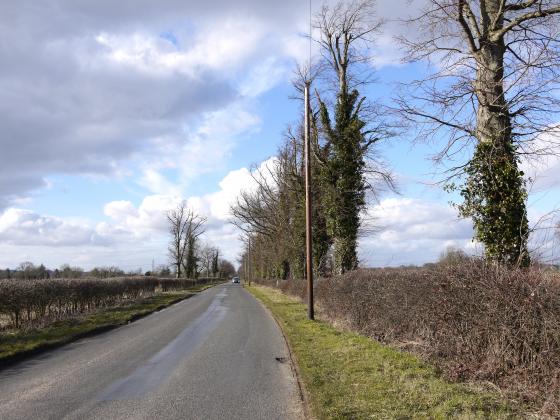 Site 183 Triangle Field to the right of the hedgerow on The Ridings looking to Swithland Lane. February 2015