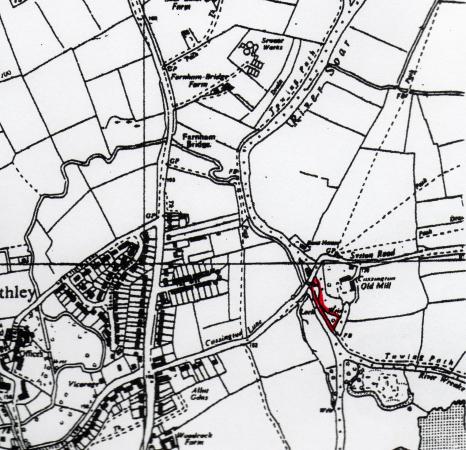 ACCESSED FROM THE CANAL TOWPATH ON COSSINGTON LANE 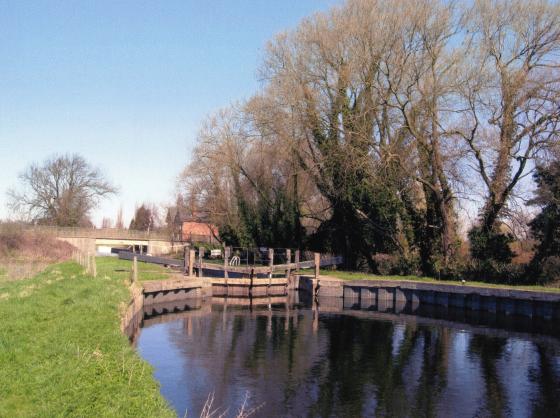 Osier Villa in the background. Cossington Mill copse to the right over the canal. April 2006

This small slice of land is almost an island between the canal and the River Soar. It extends under the Cossington Road Bridge where Osier Villa stands. It does not show on the more recent maps as a plantation but on the 1885 map it is shown as an area with planting. No name appears on any map so it was named Cossington Mill Copse to identify it as a site. 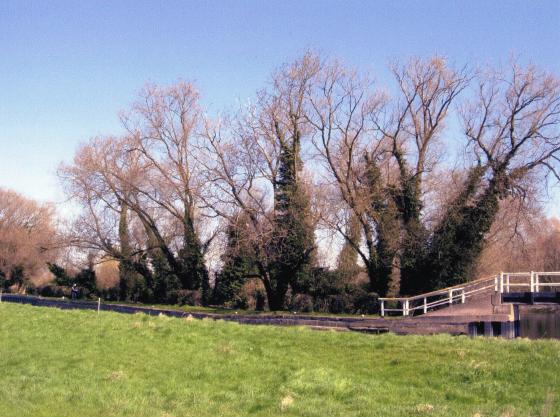 The copse seen from over the canal. April 2006

It is almost completely planted with Crack Willow (salix fragalis) and there are 50-60 trees with multi-trunks as this species of willow was mostly pollarded. Apart from a few Elders and a partial hedgerow boundary of Hawthorn by the canal there are no other tree species. Despite all the recent summer rains it was not soggy underfoot but this area does flood.

The ground flora was very overgrown and access was only possible due to tracks made by the fishermen to access the River Soar. It was overgrown with ivy and nettles. Other species included wild arum, herb bennet, ground ivy, nipplewort, garlic mustard and butterbur.

The trees are in worn condition, as is their nature as they age, but good, strong, multi-trunks are in evidence. Many of the willows with fallen trunks are re-generating well. 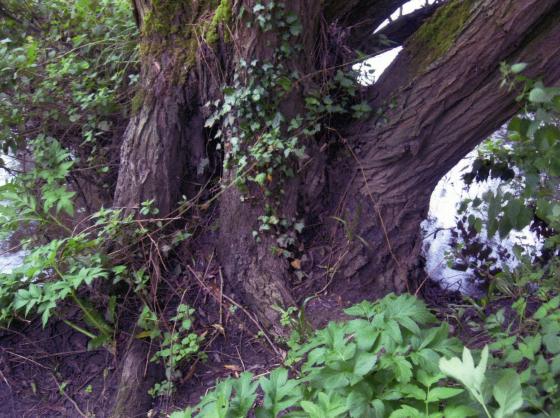 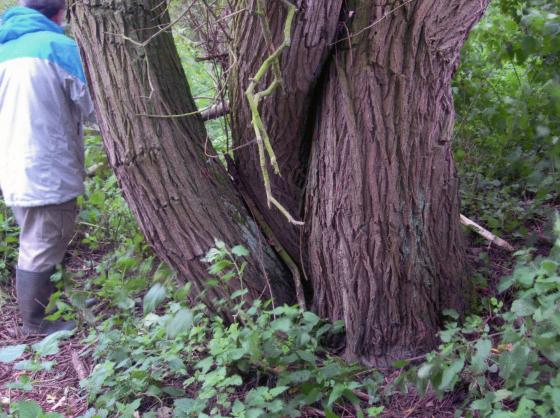 Many Crack Willows in the copse have split trunks. August 2007

When we left this copse we walked on the Public Footpath around the Mill to see the trees which are in Cossington Parish. There are a good number of Crack Willows here which appear to have been planted as a copse. This is a very interesting area but the work on renovating the barn attached to Cossington Mill has not progressed since last year and its future looks in doubt as it is very exposed to the elements. Another piece of history struggling to survive.

Another great piece of village history around Rothley and Cossington is the Osier industry of the Soar Valley and needs to be researched. Osier Villa opposite this copse is well named and the industry shown on the plaque visible from the bridge. 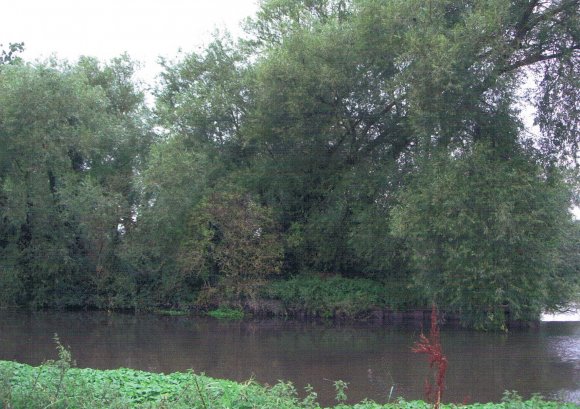 Looking at the copse from the other side of the canal. August 2007 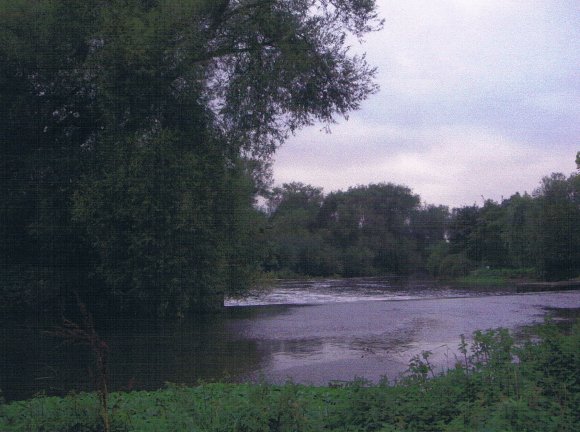 Cossington Mill Copse to the left. The centre of the weir is the Rothley Parish Boundary. August 2007 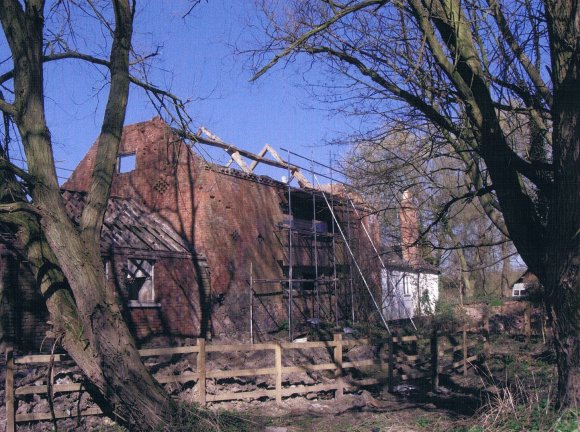 The barn at Cossington Mill under re-construction in April 2006. Just outside the parish boundary but worth taking a look.