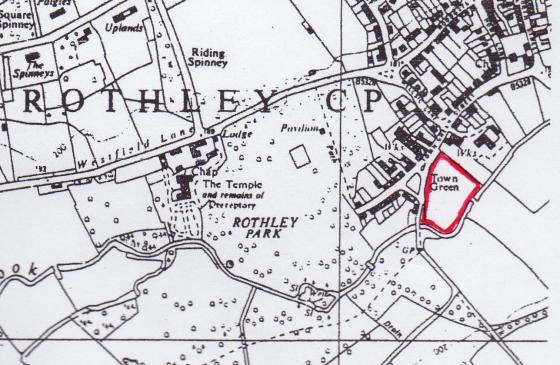 This visit was to measure the Ash Tree 536 which is in the field but down on the bank of the Rothley Brook. Also, the large Ash Stump 537 which is more central but was lost about 10 years ago when I checked this out with the farmer. There used to be a Walnut next to this stump but nothing remains although there is a lot of debris from the ash, which could hide the evidence. Joan and Bob Lovett live at no. 58 Town Green Street and they speak of a walnut but the stump is far too large for this.

This field is used for horse grazing but empty on this day. Any vegetation would not stand much of a chance although there is part of it fenced off by the brook for safety due to a drain. 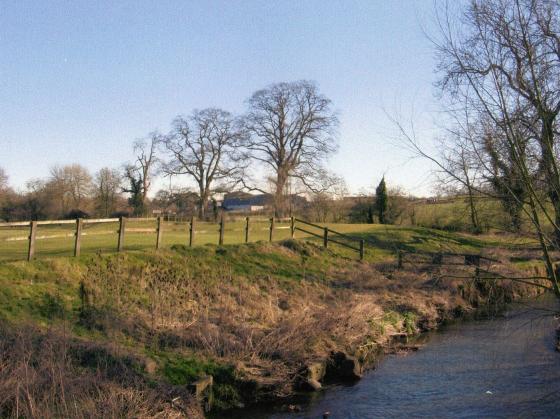 Site 228 Looking from the Bridle Road Bridge with Green Close to the left. Brookfield Farm over the Rothley Brook. March 2006 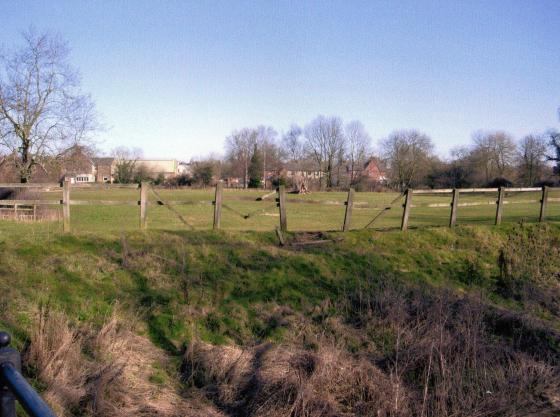 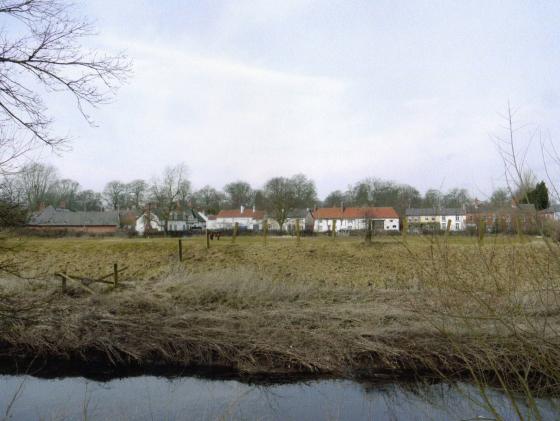 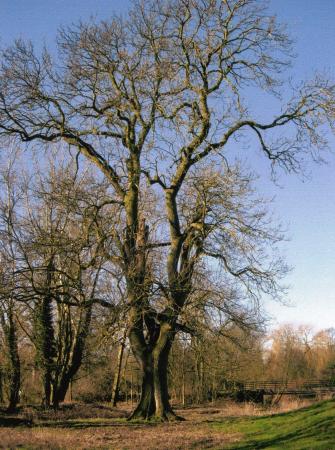 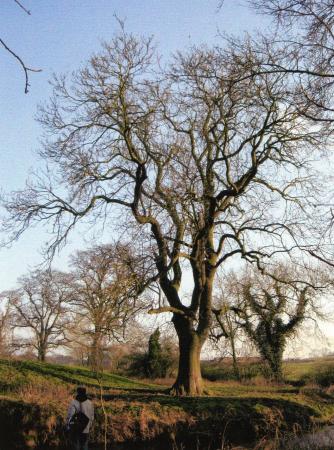 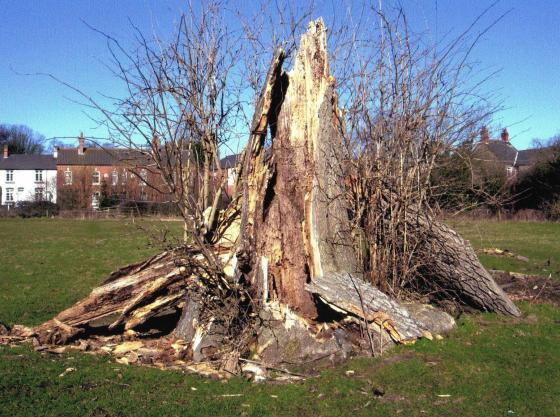 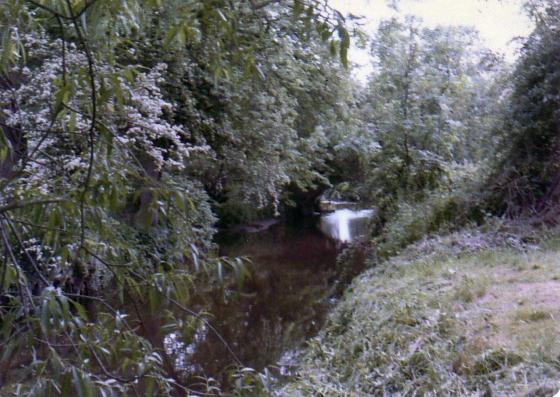 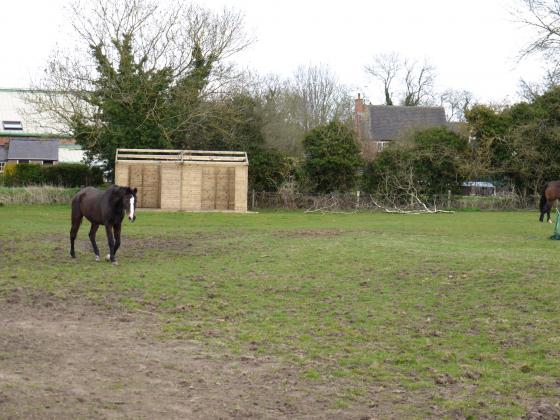 Shelter for horses on the boundary with 58 Town Green Street. Forge End back right. April 2013 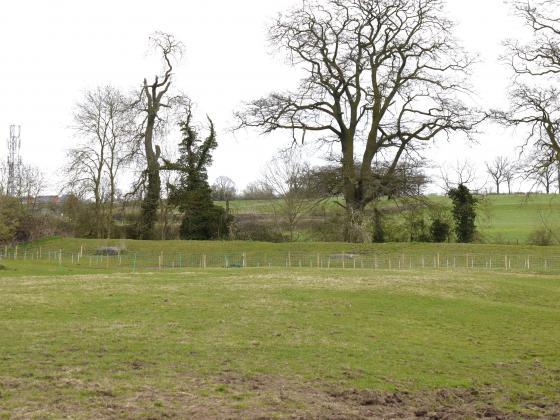 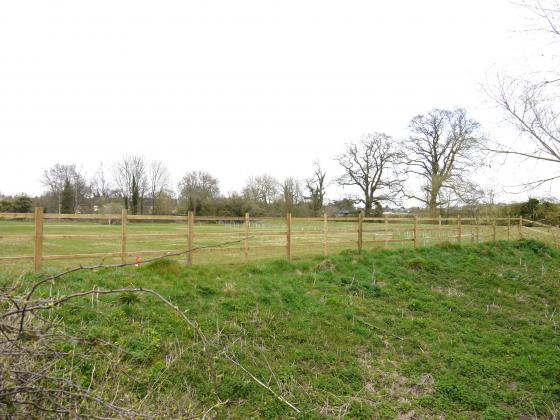 Rothley Brook to the right, Green Close to the left. April 2013 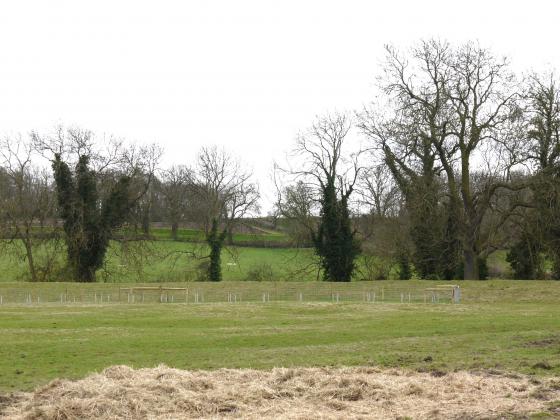 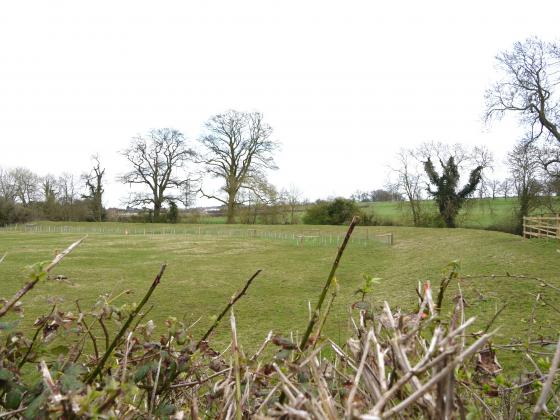 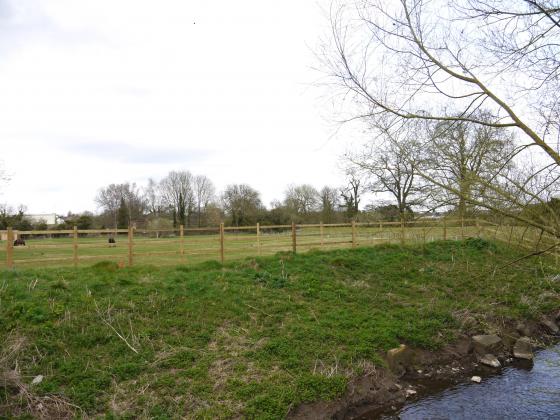 Looking to the trees lining the Rothley Brook over the far side of Green Close. April 2013 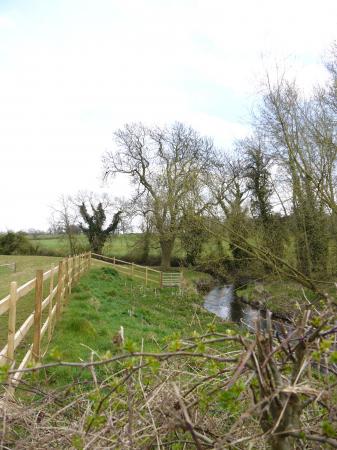 Rothley Brook on the right with Ash Tree 536 on its left bank within Green Close. April 2013 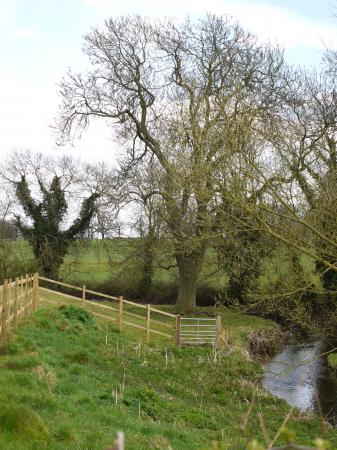 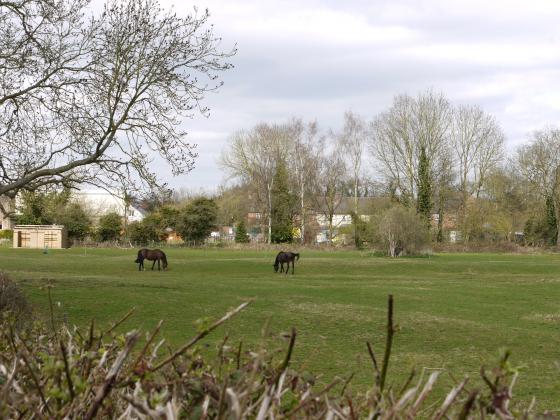 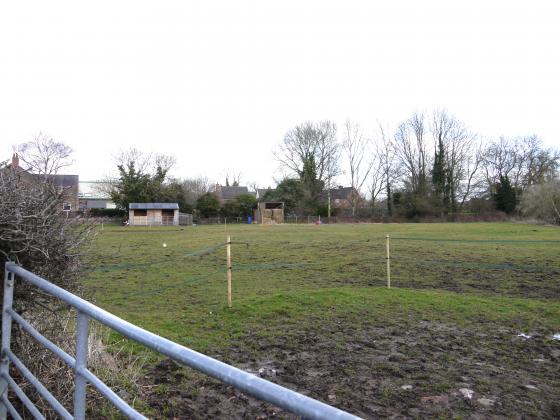 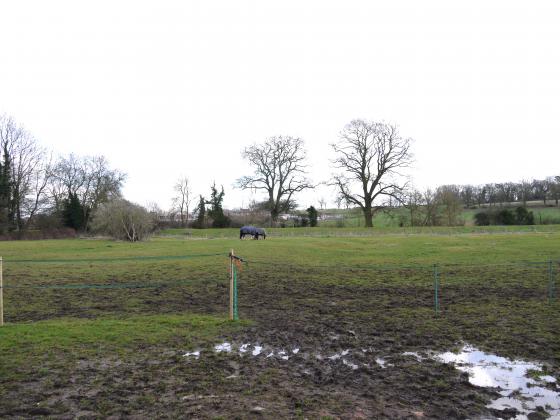 Looking over Rothley Brook and the new building on Brookfield Farm. February 2015 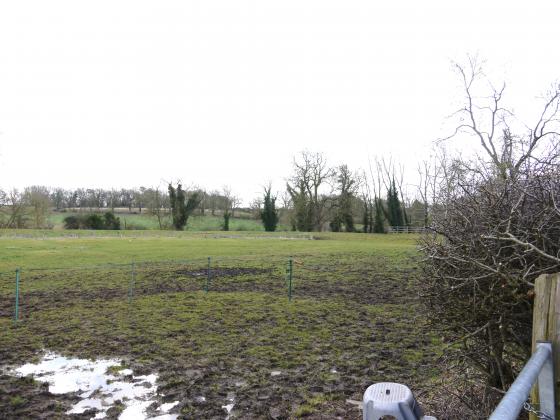