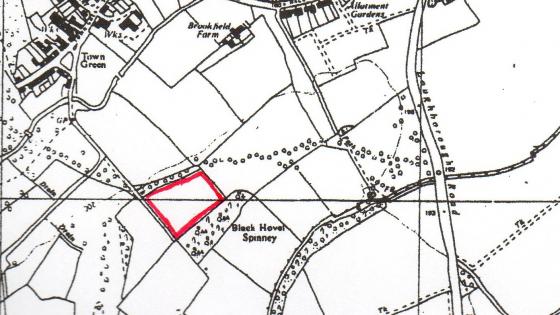 We had previously visited this site in November 2005 to photograph Thomas Babington's Carriageway, Site 222, which runs through this field on the boundary with Dye House Close Site 224.

On the 29th April 2006 we were mainly visiting Black Hovel Spinney, Site 218, which forms another boundary of this field where there is a lovely Oak just inside the spinney but would have been there before this was planted in February 1884. It is more the size of the trees in this field.

There is a lovely Lime, Tree 548, very close to the spinney boundary and an Oak, Tree 549, also close to the spinney. A larger Oak, Tree 550, is more towards the centre of this field, plus a smaller oak. An Ash, Tree 551, is part of the field hedgerow, which runs alongside a trackway, which has a hedge on both sides. This trackway must have been of importance as it leads down to the Bridle Road where it appears to carry on in a straight line towards the village.

Otherwise, this is a highly 'improved' piece of grassland with very little apart from grass being allowed to grow ungrazed and possibly left until cut for silage. 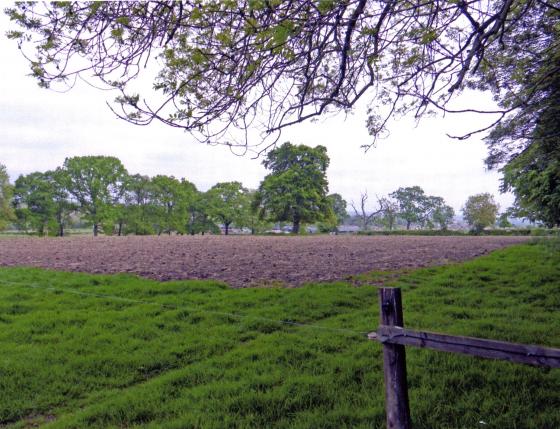 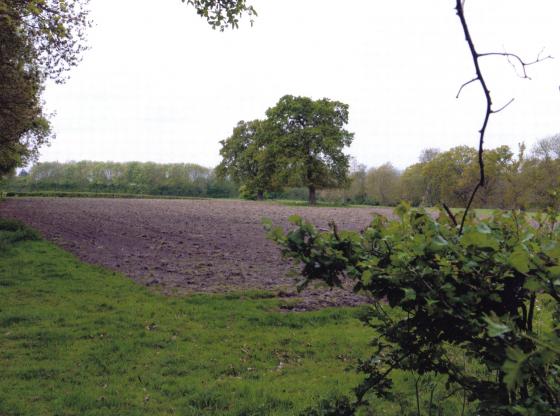 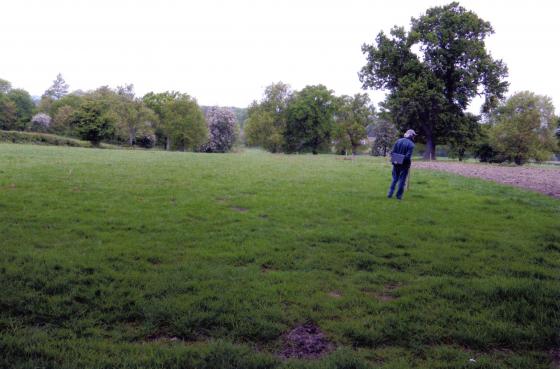 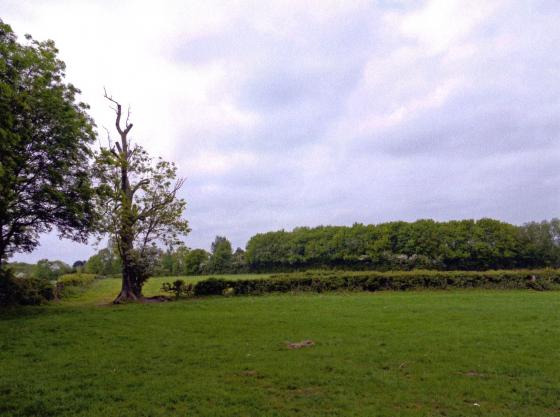 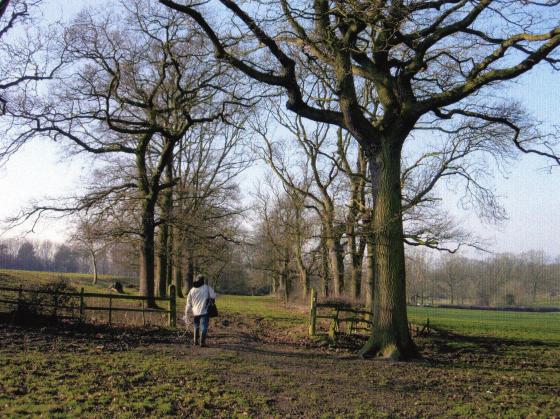 Site 223 to the left as you enter Site 222 Thomas Babingtons Carriageway. January 2006 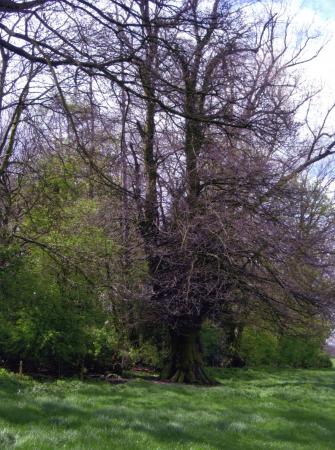 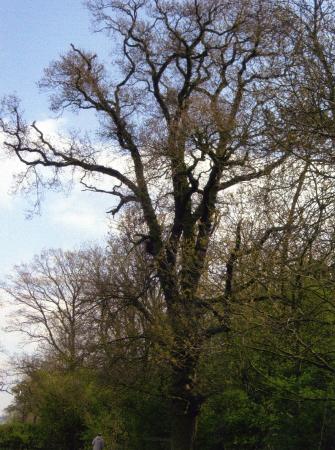 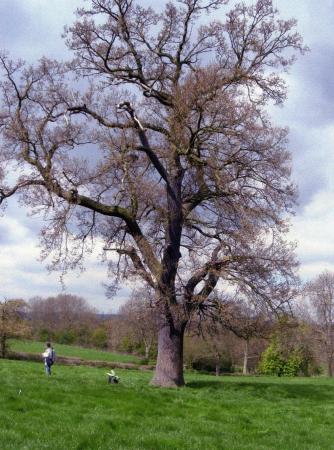 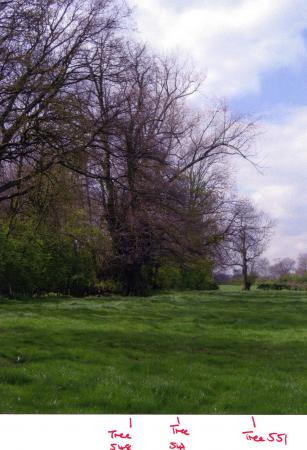