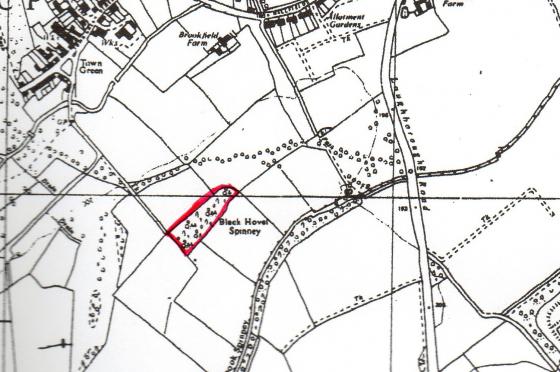 This first visit was to walk around the fields of Brookfield Farm before making visits to individual sites to make a record of trees etc in the autumn when access would be easier. It would have been difficult to access this spinney due to the vegetation. In the spring I am optimistic that sweet violets will be there as it is only one field away from Broadnook Spinney (not in our parish) where they can be found.

The vegetation had died back sufficiently to get access and move around the spinney. Good evidence of ridge and furrow with the trees planted on the ridges. A good mixture of Ash and Oak, which, according to the note on the map of 1885 were planted in February 1884. As I thought on our first visit in May, the interior is full of Sweet Violets so must make a return visit in the spring to do a more thorough check of the tree species and ground flora.

The whole of this spinney is covered by a Tree Preservation Order.

This was a visit to complete a Wooded Wonders Recording Form for Holly Hayes. (This is what I intend to do for all woodland, spinneys and coppices in Rothley).

As noted above, this spinney was planted in February 1884 and is mainly Ash and Oak with a few Scots Pine. The largest tree Poplar sp. has been recorded with a girth of 3.3 metres, which is far greater than the other trees, so could have been one of the original field trees prior to planting in 1884 as it matches the size of an oak not far away in the field. The hedgerow boundary on two sides, the original field boundaries prior to planting, are mainly Hawthorn, Blackthorn and re-generating Elm. Elder and Snowberry are growing rampant and there are a few Sycamores.

It was lovely to see such good areas of Sweet Violet.

Badgers (evidence of a sett)

The origin of the name Black Hovel has not yet been found.

This spinney is unmanaged with fallen trees, lots of decaying wood so, when time permits, it would be interesting to do a beetle search. The elder and snowberry make it a fight to get through and keeps the light from the ground flora.

Access to the spinney is under electric fences and barbed wire, over the fields of Brookfield Farm with wellies needed for the soggy grassland amply sprayed with liquid manure. 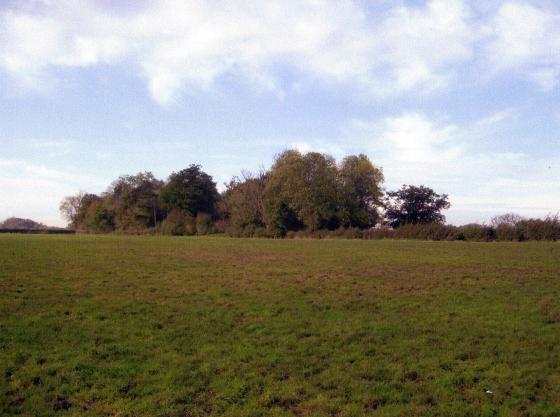 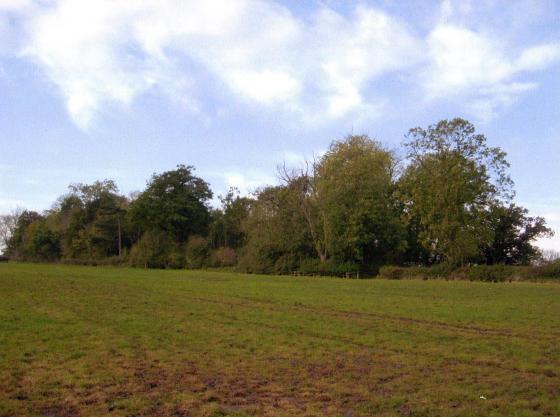 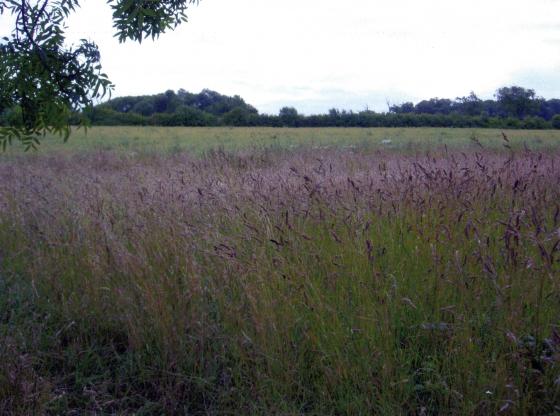 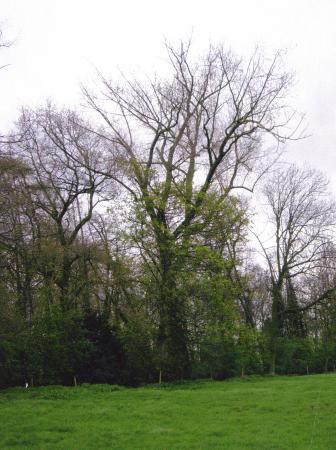 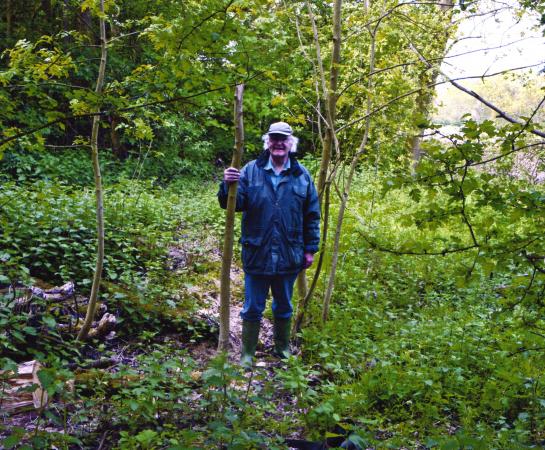 Site 218 Terry standing in the ditch of the Ancient Temple Boundary inside Black Hovel Spinney. May 2010 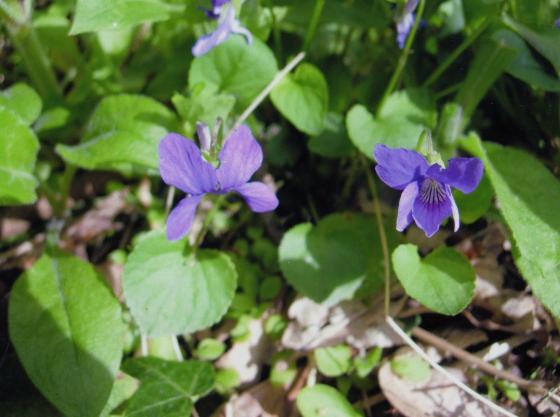 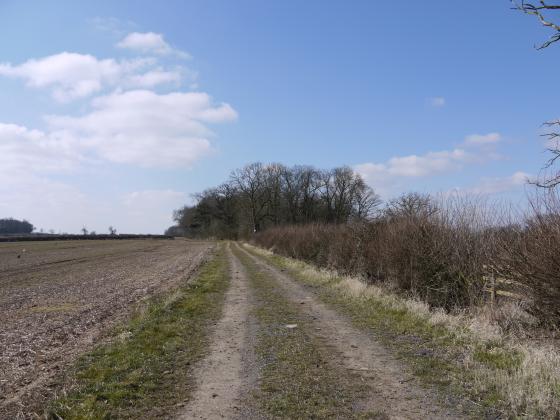 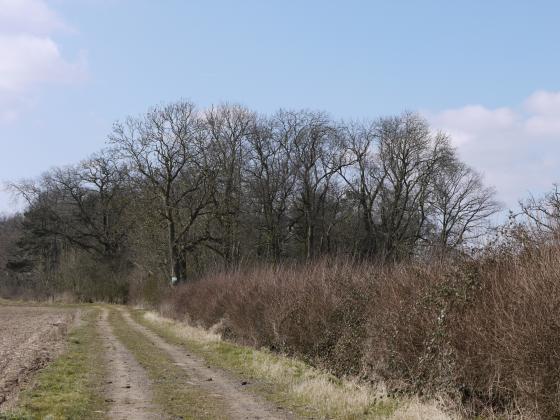 For this stint we move to the other side of the Hedgerow as we cannot easily access the major part of it in Black Hovel Spinney due to the under storey being unmanaged and rather inaccessible. The change in the starting OS reference from Stint 16 is due to changing sides.

We quickly move to the boundary with Black Hovel Spinney with the same hedgerow species as in Stint 16 but with the addition of Wild Cherry. At the time of this Ancient Boundary the spinney was only a small corner planting and was extended in February 1884 as noted on old maps. The original Temple Boundary is easy to find and there is a good Oak where we divert at SK5857511973 through the spinney and an excellent ditch still visible in this unmanaged woodland. It also meets up with the hedgerow between Site 220 Brookfield and Site 223 Short Browns Ward.

Due to the state of the spinney it was not possible to record remnants of the original hedgerow as it was all a bit of a mixture.

We have taken the undefined part of the stint through the spinney as Stint 17c and d.

To find out more about RATS please click on the following link: