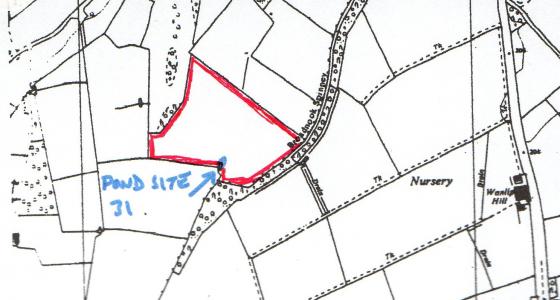 This visit was to record the Ancient Parish Boundary and this part is also the current boundary. This field has Broadnook Spinney on the Wanlip side but the spinney has no maintenance and makes the boundary hedge appear very overgrown, as this is not maintained.

Work resumed on the RAPS survey and I have recorded two trees, not because they qualify due to measurement but because they are important Boundary Trees, Ash Tree 530 and Oak Tree 531.

Full details of the boundary are in the RAPS file Stints 26 and 27.

I have not yet recorded the boundary trees on the other boundaries.

There is a Pond Site Baguleys Pond 31 but no real evidence that it now exists apart from being on the old maps and still showing on the 2004 OS Explorer. 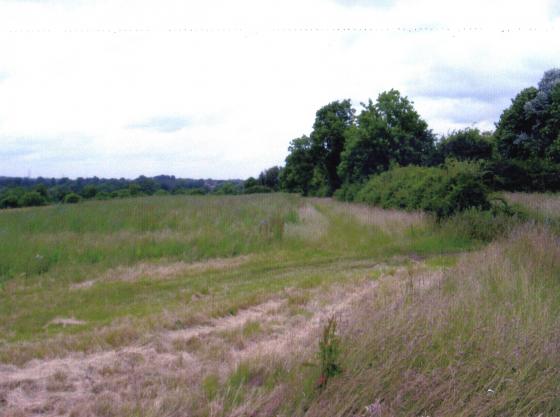 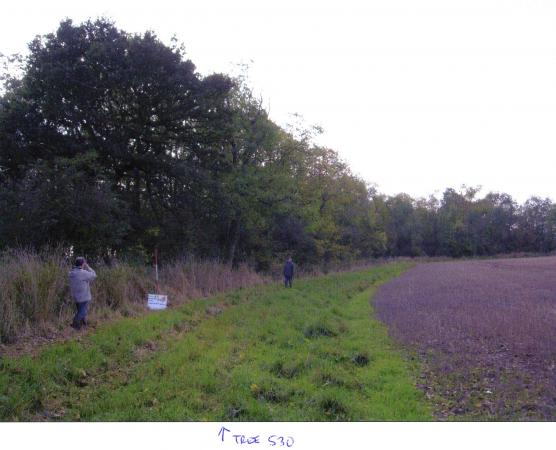 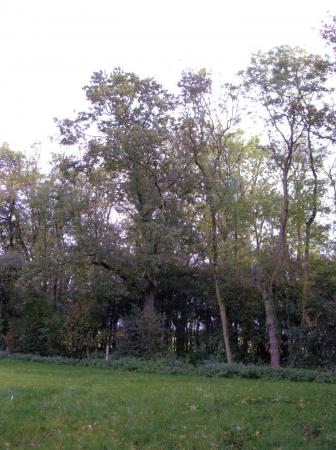 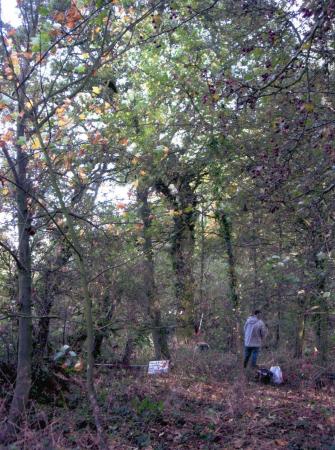 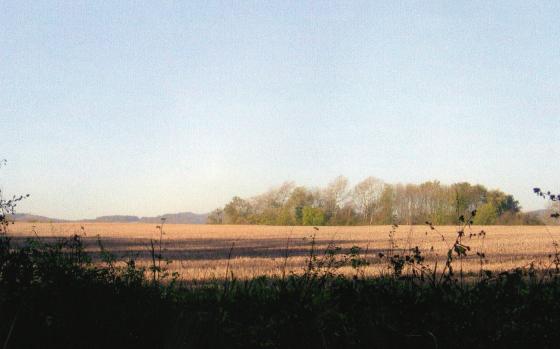 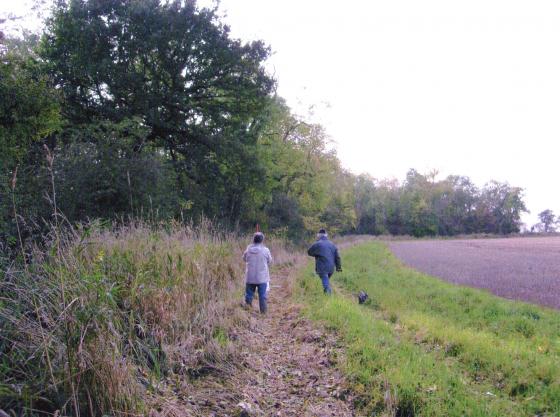 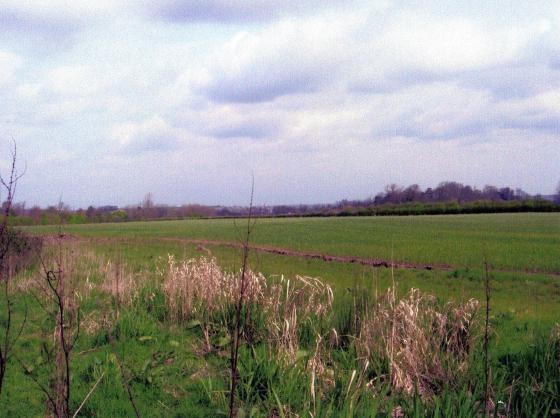 Location: Site accessed from Bridle Road, along Lord Macaulay's Walk over the fields up to the boundary.

This was our first chance to resume our survey after the summer vegetation was beginning to die back (and I was fit!).

After much deliberation, due to the loss of our marker, we decided to start at the place where two ditches start, one the original boundary ditch and the other a more modern drainage ditch. This looks to be the right place on checking the notes. The modern ditch is only in existence for the length of Stint 27 at the end of this it reverts just to the boundary ditch.

We decided to record this stint from the Wanlip side, as the features were more clearly visible.

Again, the whole of this stint is bordered by Broadnook Spinney in the Parish of Wanlip. Despite heavy overnight rain neither ditch held water. We still continue with individual Ancient Hawthorns along the Rothley side of the boundary spaced at about 1 metre. There was one Ash Tree 530 with a girth of 2.80 metres on the Rothley side of the boundary and an Oak Tree 531 at the end of Stint 27D which was just on the Wanlip side of the ancient ditch. I recorded this as an Ancient Tree as it has a girth of 2.80 metres and is an Oak in a spinney of Ash, Elm and Hawthorn and looks to be an original tree before the spinney was planted. (Date of planting to be established but showing on the 1885 map).

At one point in Stint 27C there is also ancient individual hawthorns on the Wanlip side making it appear like a double hedge as in Stint 23 but there is such a lot of decay in the boundary species that a lot of it would have completely broken down.

All along this stint it is predominantly ancient Hawthorn, re-growth of Elm, young Ash and a small amount of Elder. The age according to Hooper's Rule will not therefore class it as an ancient boundary.

A Parish Boundary bordered by an unmanaged spinney is not as rich in species as one bordered by open fields.

Location: Site accessed from the old A6, along the public footpath and through Broadnook Spinney

It was decided to approach this part of the boundary from Broadnook Spinney on the Wanlip side due to access problems experienced on the previous stint caused by an additional newer ditch on the Rothley side. However, an unmanaged spinney with fallen trees is still not easy but as we have now seen the newer ditch merged with the boundary ditch we will access Stint 29 from the Rothley side.

Once again we have the boundary bordering an unmanaged spinney so the original hedgerow has suffered badly from competition from trees and overcrowding. In addition, at some fairly recent point, the newer ditch has been re-dug using a mechanical digger as evidenced by the soil mound on the Wanlip side. This soil makes a bank, also covers fallen trees and makes access to the boundary very difficult in places. It is also evident that the digger has damaged some of the boundary hedgerow bordering the pasture field of Church Wardens Land but the cattle are restricted by an electric fence so the hawthorn hedging was not essential to the farmer.

If you look carefully you can still see parts of ancient hawthorn stumps and a small amount of elm shows good re-growth. I know from living in the village for over 40 years that there were many mature Elms on Brookfield Farm.

We will continue this part of the boundary from the field side of Rothley.