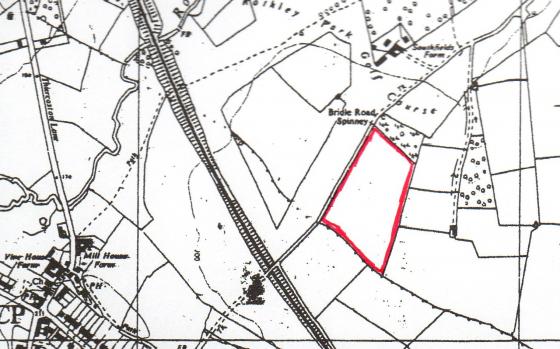 This was a visit to record the Rothley Ancient Ecclesiastical Boundary (RAPS) with details attached. The hedgerow survey was good as there are species such as Crab Apple which is now rare in Rothley due to the loss of hedgerows. I think that it also shows how a family owned farm can benefit wildlife. 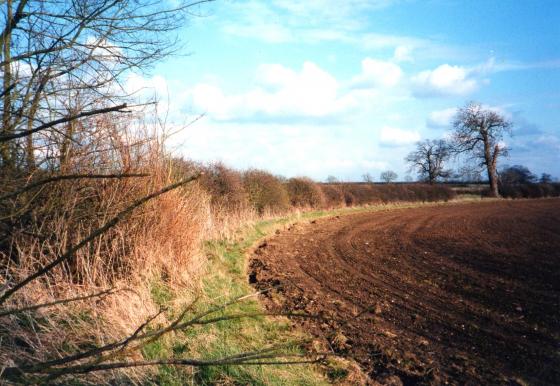 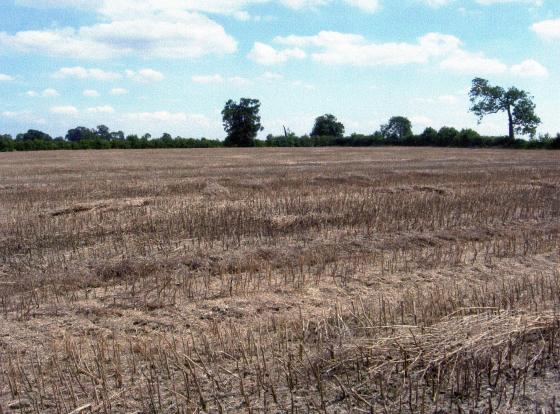 Site 200 Shown from the Bridle Road from Rothley to Thurcaston. August 2007 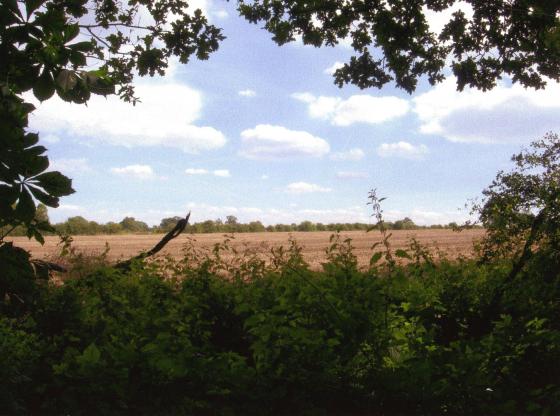 Site 200 Taken from the Bridle Road from Rothey to Thurcaston. August 2007 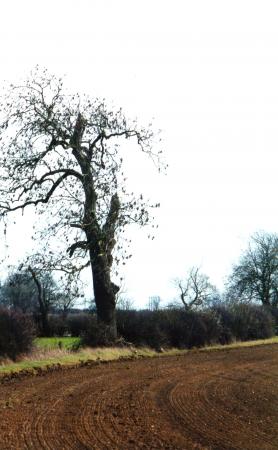 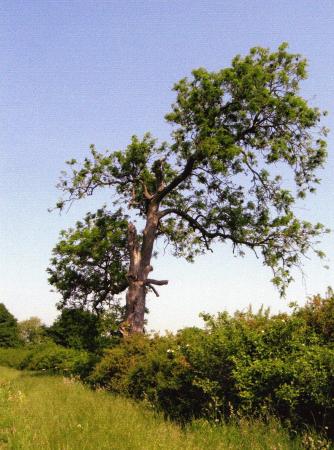 The whole of this Stint will reflect a typical age for an undisturbed Ancient Boundary.

The first 30 metres shows the remains of a bank on the Rothley side and an old ditch with a continuous line of thick hedge with Elm, Hawthorn, Blackthorn, Elder and Dog Rose. There are lots of rabbit holes and wild flowers such as Red Campion and Wild Arum are emerging which, together with nettles and common cleavers will give a good cover to wildlife. The trunks of the hawthorn are very thick and twisted. This hedge is kept to the same height of 8ft with a width of 4ft.

The second length is as above with a good piece of Crab Apple just starting into leaf and now we see the start of coppiced Hazel. The hedge also thickens out with species on both sides of the ditch. Again, there are hawthorns with very good-sized trunks.

The third length is as previous lengths but at the end there is a long gap where it really does appear that a piece of the hedgerow has been removed, possibly for drainage work but it has been replanted with young hawthorn protected by rabbit guards.

The final 30 metres begins with the end of the gap but then there is a large Ash, Tree 241, in the Natural History Survey, but this tree has suffered damage with the loss of major branches which give good holes for wildlife.

The first 30 metres has another good piece of Crab Apple. There is a lot of Ash but not growing as upright trees but along the ground as multi-trunked giving very interesting shapes. There is a continuation of Dog Rose, Blackthorn, Hawthorn and Elder. The ditch is still there but more 'broken down'.

The second part is as the first with Crab Apple showing well although not growing as a tree due to being kept at the same height as the hedgerow. The trunk of this Crab Apple is very thick and solid.

In the next part we see Hazel. The ditch here is in good condition.

In the final 30 metres we change from Site 200 into Site 201, being divided by a hedgerow. At the junction of the hedgerow is a very large Rabbit Warren.

There are two Ash Trees here but not classed as ancient.

This ages out to 475 years as the previous stint, the trunks of the hawthorn look thick, twisted, knarled and ancient and it was lovely to see the crab apple.