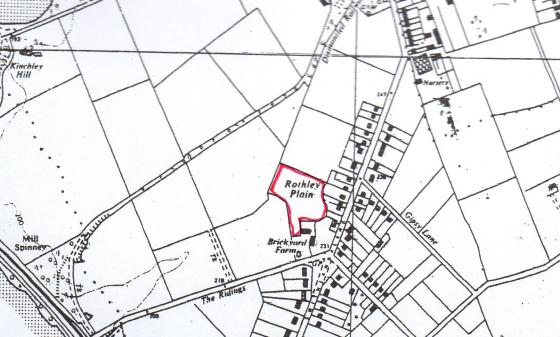 This was a most beautiful summers day with high temperatures to beat those since records began.

The cows with their calves had been put to graze on another pasture so we were free to wander around. This area looks to have been where the original clay pits were dug out, as there is a steep bank around part of the boundary and evidence of land disturbance. Brian will be looking into the history of this brick making. The soil is red coloured in places.

Once in the field you are not aware of a lovely Pond (Pond 11 in this survey). This pond does contain fish and it does look as though it is fished.

It is wired off from the rest of the field so that the cattle cannot get access.

However, it has good marginal plants including Reed Mace and looks in a healthy condition. There is a small island. I will need to find out when it was made or improved but it does not show on my maps. Willows surround it; some of reasonable size and other newly planted trees. We found a Giant Puffball, which is a very good sighting. A further visit will be needed at a later date so that I can look at the vegetation around the pond and in the field. It could be a pleasant meadow as there is evidence of buttercups.

There was a dead fox under the hedgerow and an Orange-tip Butterfly on the wing.

This is a very interesting area.

Rodney Clarke had mentioned to me that he would like his pond checked out to see if it was considered in good order or if work was needed on it to control vegetation. A site visit was made with Chris Hills from The Leicestershire Wildlife Trust.

This pond was originally a small hollow and enlarged about 11 years ago after test holes were dug to confirm that it was the right place to proceed. It is clay lined. The pond margins were planted so the current growth is about 11 years worth. It was stocked with Tench, Rudd and Chubb but many of the Chubb were found dead on the bank about two years ago.

At the time of our visit the water level was good even after the long dry summer. There were some droppings at the edge of the water that we hope to check out for possible Water Vole.

Chris felt that it was in good order with healthy pond plants, good marginal cover for wildlife, good screening by young trees and protected from cattle.

I will keep a check on this site.

Rodney mentioned that he had tried to breed Grey Partridge on his land but they had not been successful. 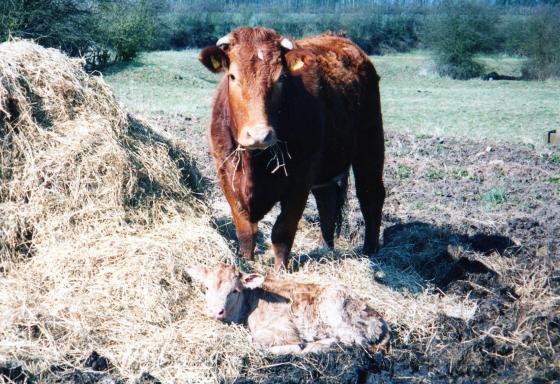 Site 156 New arrivals! These could be the last we see of beasts in the fields in Rothley as we are losing our farms at an alarming rate. March 2003 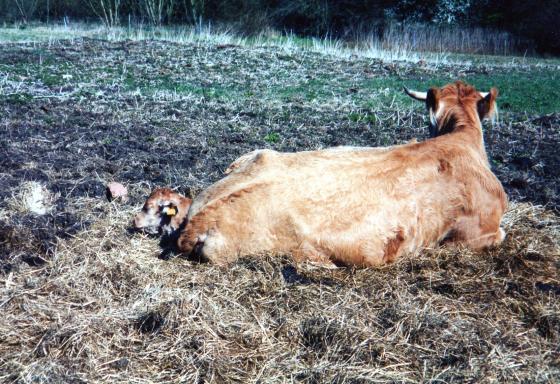 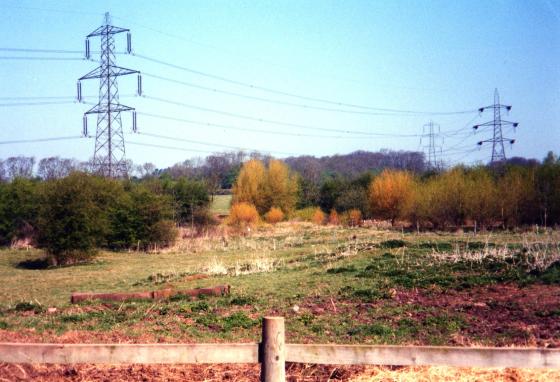 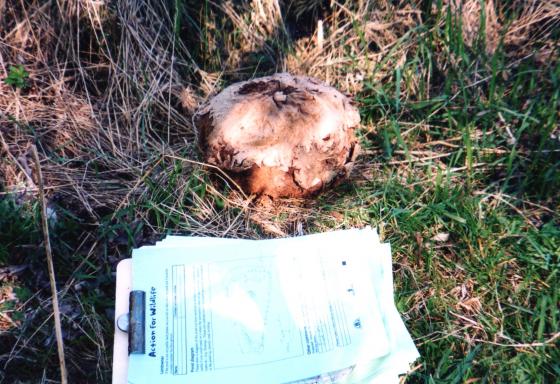 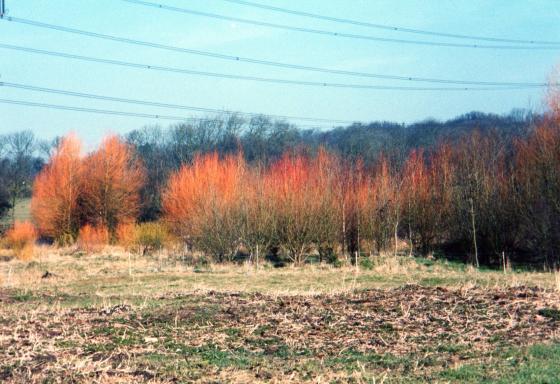 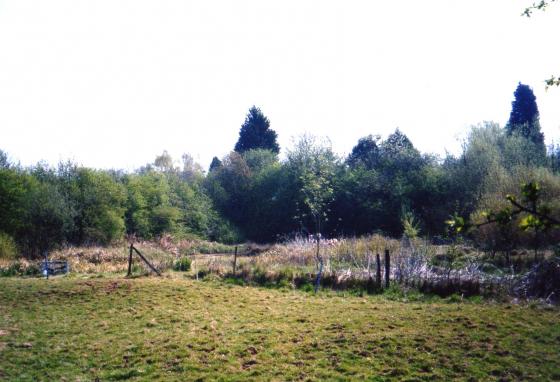 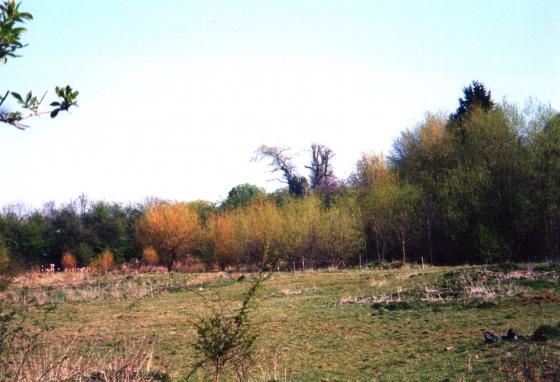 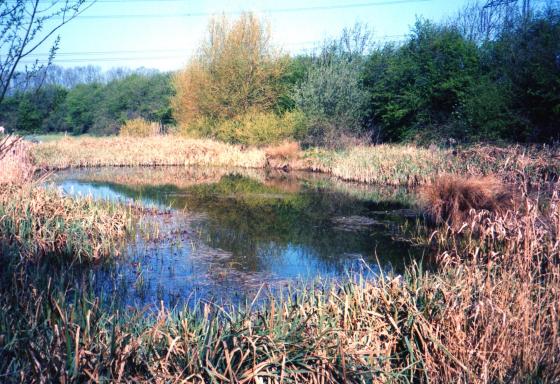 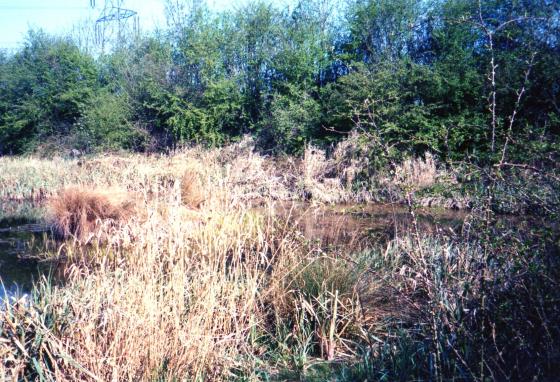 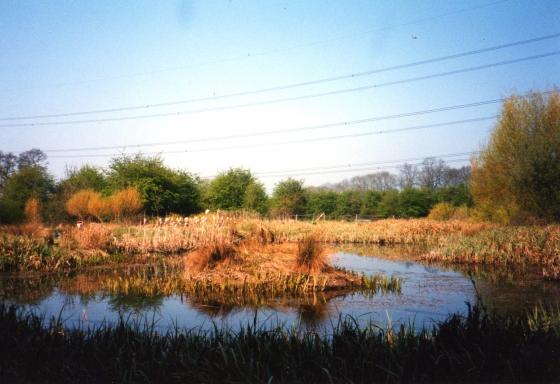 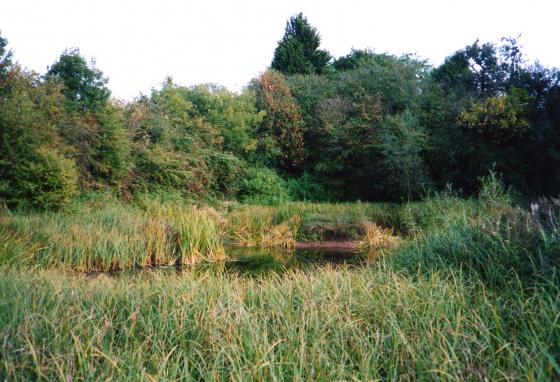