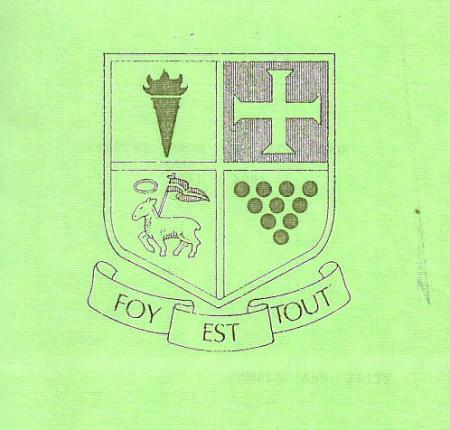 On June 4th 1683 Bartholomew Hickling provided for a school and a schoolmaster to teach fourteen or fifteen boys in Rothley. This school stood where the garage now stands.

More boys and girls joined the school so they moved to a larger cottage near the Church in 1859. This street later became known as School Street.

Primary Education became compulsory in 1870 and in 1871 a new school, known as The National School, was built on the site in School Street. Overcrowding became a problem.

4) THE EDWARDIAN SCHOOL IN MOUNTSORREL LANE 1902

Mrs Sophia Perry Herrick of Beaumanor presented land on Mountsorrel Lane for a new school and building began in 1901. The Infant School opened here in April 1902 but the Junior School remained in School Street. Mrs Herrick gave five hundred pounds for the cost of building an extension and the Infant School moved back to School Street and the Junior School moved into the enlarged school in Mountsorrel Lane.

A modern extension was built in the 1960's and the Infant School moved back into Mountsorrel Lane so that both Infants and Juniors were together again in the same building.

EDUCATION FROM VICTORIAN TIMES TO THE PRESENT DAY

October 1872
Some children were blackberrying and others helping in the potato field. Later in the month children were kept at home to gather acorns. There was a large number of Oak trees growing in the parish and an abundant crop of acorns which the children collected and sold to the farmers for the pigs to eat.

October 25th 1875
two sisters came to school with their hair in curl papers and their mother refused to take the curlers out. The children were sent home with a letter from the Chairman of the
Managers.

November 2007
Floods are recorded and a heavy snowfall in January 2008. In the old building in School Street on January 13th 1908 the ink was frozen in the inkpots.

July 2007
Head punished a girl for saying naughty words. Her mother came and thanked him for doing so.

1908
Mr Keyworth was very concerned when there were 93 children in one room. he explained 'that this made map drawing difficult'.

THE SCHOOL LOG BOOK MAKES FASCINATING READING AND GIVES AN INSIGHT INTO THE EDUCATION AND CONDITIONS EXPERIENCED BY CHILDREN FROM 1872.
THIS BOOK IS AVAILABLE FOR REFERENCE ONLY IN ROTHLEY LIBRARY.