The original library in Rothley was in a classroom in Rothley School on Mountsorrel Lane and staffed by volunteers. It was open for one hour a week during term time and had a stock of about 900 books. I remember it in the 1960's.

Rothley Parish Council campaigned for 10 years for a permanent library in the village and in October 1986 this was officially opened by Mr David Radford, Chairman of Leicestershire County Council.

Present at the opening were the volunteers from the school library, Mrs Betty Roberts and Mrs Alice Greasley, with Miss Elsie Boyer unable to attend due to poor health. All were presented with a carriage clock and a basket of flowers.

The new library was operated by LCC and staffed by paid employees.

Due to the financial situation in the 1980's a brick building could not be afforded so a former portable classroom became the home in 1986 for 9,000 books. 750 members were recorded in the first weeks with more joining.

In October 1996 the library celebrated its 10th Birthday with a party for local children. Disaster struck in December that year when the library was totally gutted by fire in the early hours of the morning. Arson was suspected and a local teenager arrested. He said that he was drunk and fed up after an argument with his girlfriend. He said that he found a bottle of white spirit in the street, claimed that the library fire door was open, splashed the liquid over the carpet using his cigarette lighter to ignite it and watched it burning for 20 minutes before making his exit. He was sentenced to 2 ½ years in custody and in his summing up the Judge said 'he lost all control over his life seeking anaesthesia in the bottle and the pill with disastrous consequences'. 5,800 books were destroyed in the fire and all membership details. (The little brown packets!)

A Mobile Library immediately came to the car park at the destroyed library before moving to the Rothley Centre car park whilst suitable premises were found. In January 1997 the skittle alley at the back of the Rothley Centre became its temporary home whilst plans were made to provide a new library on the original site. It was reported on the 10th January 1997 that the cost of the new library would be around £100,000 but because of the circumstances of the fire the LCC was unable to get insurance for a permanent building so a temporary unit would be erected. The total cost was almost £130,000.

A Desert Island Library Book competition was launched in September 1997 where local people could help choose books for the new library.

It was open to the public on the 9th October 1997, ahead of schedule but without all its books. The official opening took place on the 6th November 1997 by Councillor Alan Kind, Chairman of Leicestershire County Council, and attended by the Mayor of Charnwood June Tyrell. The ceremony was part of National Libraries Week and a special celebration cake in the shape of a book was cut. 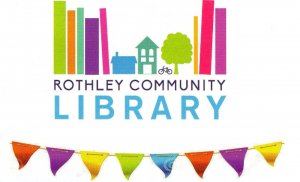 Due to cuts, the Leicestershire County Council announced the closure of most of the smaller libraries in the county unless they could be managed and run by a group of volunteers. Rothley soon had a group of local residents willing to take on this role and Rothley Community Library opened to the public in October 2015.

To celebrate the opening of the new Community Library, the Rothley Community Library group organised a week of activities, including a fun-packed opening celebration on Saturday 17 October 2015. The day's events featured the first performance from Rothley Gospel Choir, food, music and entertainment, and appearances from Anne Davies of BBC East Midlands Today, and Betty Roberts, one of the library's volunteers from the 1960s.

To find out more about the Rothley Community Library and its range of activities please click on the following link: 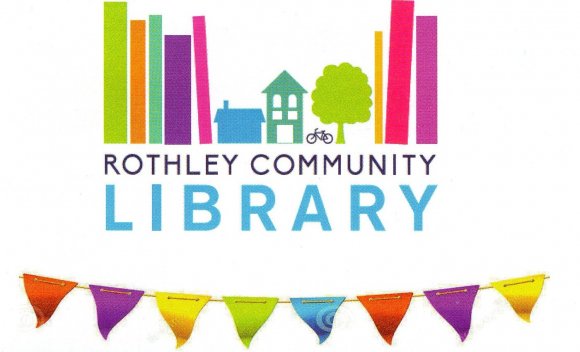