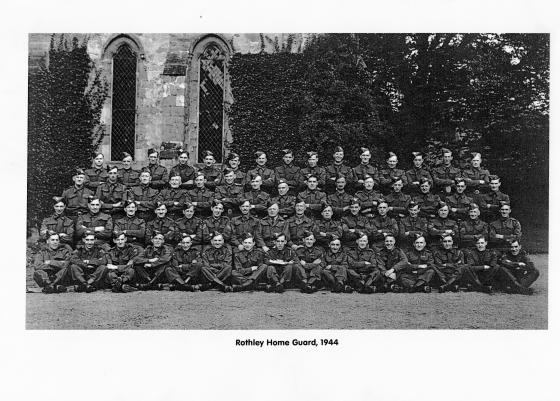 Research is needed into the Rothley Home Guard but this page has been started because of an interesting story from Roy Stokes.

Aged 15 Roy joined the Local Defence Volunteers which was later renamed the Home Guard. Roy recalls that they used to assemble at The Grange in Fowke Street under the command of Colonel Abbott Robinson and remembers marching to Cross Green to meet up with the military. Roy used to play the cymbals.

Roy told how the first house on the right hand side of The Ridgeway was commandeered by the Rothley Home Guard for holding information. He remembers a huge table with a map of Rothley made out of sand showing all the roads and features. Coloured sand was used to show houses, parks, farms etc. The house was guarded day and night by two members of the Home Guard.

Early on in WW2, possibly 1942, around 5 a.m. in the summertime 3 members of the Rothley Home Guard were out on patrol on Rothley Plain when they met two German soldiers. They were taken to the Rothley Temple where one of them died from previous gun shot wounds. The Home Guard on that patrol were Neville Leake, Sid Harris and Alf Eddy and although they had a rifle they did not have any bullets. The Germans had a Luger pistol and a stock of bullets so it was lucky for the Home Guard that they were not used against them.
This incident was told by Roy Stokes but he did not know what happened to the body of the German soldier. He thinks that their plane came down near to Anstey.

A very fragile map of the area patrolled by the Rothley Home Guard still exists and kindly photographed by Kathleen Raynor. It is signed at the top by Frank Staples.
The Rothley Platoon Home Guard, Rothley Sector. 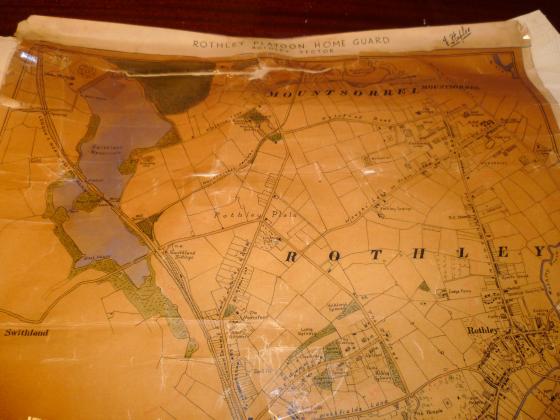 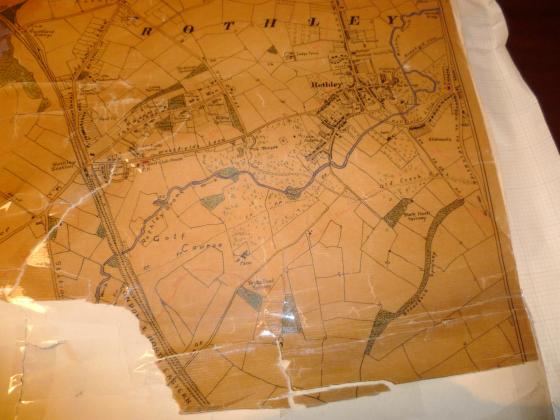 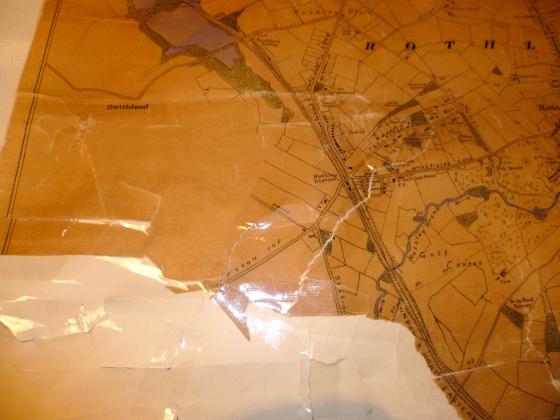 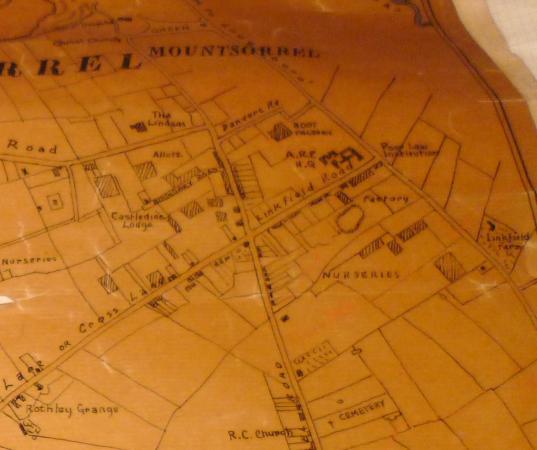