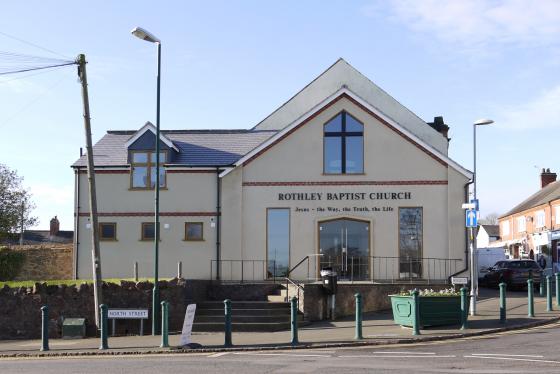 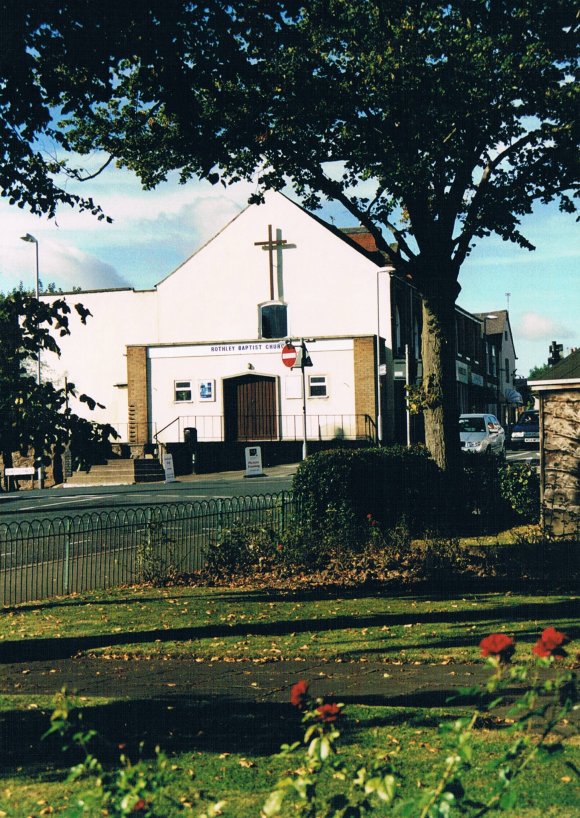 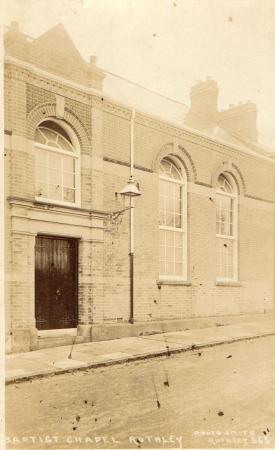 The original entrance was on Woodgate 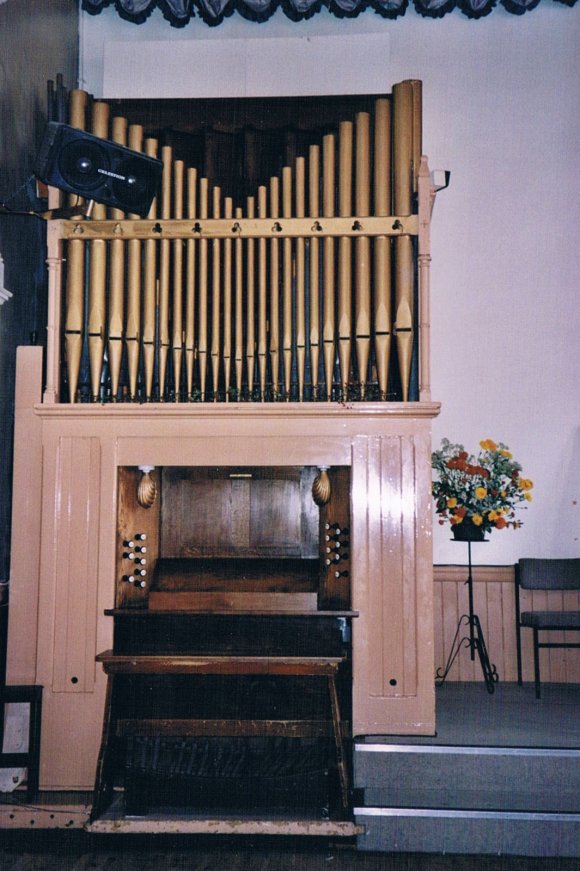 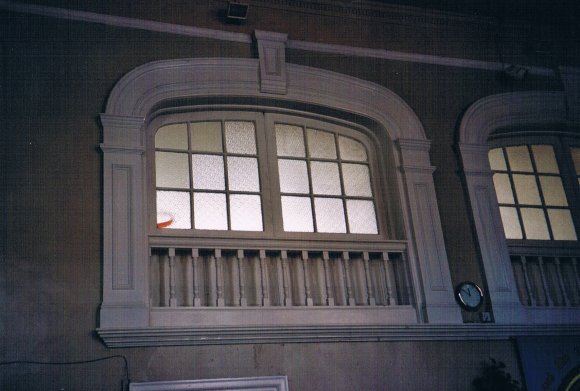 Internal view of balcony windows for the upper congregation. October 2003

Some 'snapshots' from the Baptist Church Minute Books written up over the years by the Elders and Deacons.

The Baptist Church in Rothley was established on 10th October 1800. It is a brick building overlooking Cross Green and has a small disused Burial Ground inside a high walled garden.

During the early years of the 19th century it had a shared ministry with Woodhouse and links with the surrounding villages of Quorn, Swithland,Thurcaston and Cropston from where people came for services and baptisms.

In 1839 it was licensed for marriages and in 1844 it was agreed to build schoolrooms for a Sunday School.

Morning prayer in 1860 was held at 7am in the summer and at 11am in the winter with another service every Sunday at 4.30pm. In 1865, prayer meetings were held on Tuesday evenings at 7pm and, in May 1866, eleven candidates were proposed by members of the fellowship for adult baptism.

Adult baptism was a serious matter and candidates were expected to conform to a high standard of behaviour as were all members received into the Baptist Church. careful observation was made upon regular church attendance and members were reminded of their commitment.

There are many evidences from the Minute Books that a high standard of behaviour and good relations with one another were promoted at all times as speaking disrespectfully of ones friends and alcohol abuse were all censured by the Brethren. They discussed cases of stealing, dishonesty and immorality and made their disfavour known to the people concerned and often excluded them from the fellowship. Such persons could apply to be re-instated and restored to the fellowship when their conduct improved. In 1866 it was reported 'that we have been blessed with a pleasing amount of unity, prayers, services and activities. Three friends have been restored to us and several added by baptism.'

At a Special Meeting on June 17th 1860 it was stated 'that removals and discipline have considerably reduced our number'. Membership was then 87 and the attendance at Sunday School was good.

Gas lamps replaced candles in the late 1860's and, at the end of the 19th century, it was planned to install an organ. In 1887 a leaving present was given to William Sewell for playing the harmonium at the services. At this time the Senior Deacon was George Sewell and the Pastor was the Rev. S. Peacock.

Tea meetings were very popular as a way to raise funds and one was held on Christmas Day 1868 and, later in the century, held on Easter Sunday. It was recorded that several Tea Meetings were held and raised £56.18.4d for the cost of new ground floor windows, first floor windows, lights, plaster work and new grates. The masonry was repaired by Mr Spencer and the painting by Mr Heaton. Further repairs were needed in 1881 so a bazaar was held in July of that year on Mr Draycott's field with the Mountsorrel Band in attendance and the sum of £24.5.9d was raised.

A Fund was established in 1838 for the relief of poor and distressed members and in the 1860's collections were made for the Leicester Royal Infirmary, which continued to be supported by the congregation. They also supported the 'Widows and Orphans Fund'.

Many Rothley families were members of the Baptist Church and the names of Draycott, Sewell, North, Hallam, Shuttlewood, Sleath and Boyer are all mentioned in the record of adult baptisms and as Elders and Deacons

The Minute Books are very detailed and a more comprehensive history of the Rothley Baptist Church would make a very interesting project for future inclusion in the History of Rothley.
Click on the following link to find out a little more of what was in the Minutes between 1817 and 1837

There are also some old photographs on the following link:

Research into the history of the pipe organ in the Baptist Chapel is shortly to be undertaken. For more information please click on the following link:

For details of the burials in the Baptist Churchyard please click on the following link:

To find out about the work to restore the burial ground please click on the following link:

To return to Site 176 Rothley Baptist Churchyard please click on the following link: