'A look at the landscape with an eye on its history'

This publication was for Terry's Module 1 Assignment Sources and Methods in Local History-Landscape. 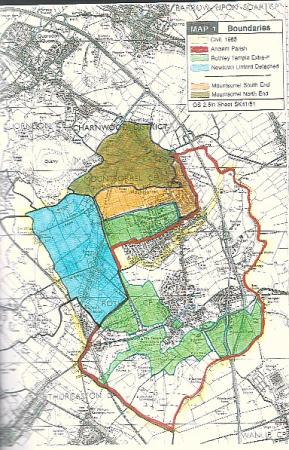 The term 'peculiar' is used in the title of this book because the village has its roots as a constituent of the Soke of Rothley, an extra-parochial administration of the Lord of the Manor, Rothley Temple. The manor's lands were 'ancient demesne' as possessions of either Edward the Confessor or King William the Conqueror, and were given to the Knights Templar by Henry lll in 1231, who established a preceptory and chapel here. Title passed to the Knights of St. John of Jerusalem in the early 14th century, and in 1565 Thomas Babington bought the estate outright. It was sold in 1893 and its present history is as the Rothley Court Hotel.

This 49 page book published in 1994 contains text, colour photographs and maps of the Parish of Rothley and is a very impressive record of Rothley landscapes and features. 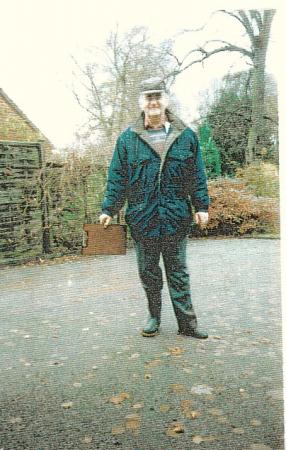 The author is pictured above on his return from a fieldwork trip in Rothley, mud up to his knees, one boot left behind in the bog with his life saving clipboard. Terry quotes:
'W.G.Hoskins said that anyone who wants to get to grips with local history must go out and get his boots muddy. I would also add that such an anyone should always take his clipboard with him, for it might be the only means of extricating himself from an undiscovered bog.'
Site Editor quotes:
'As the Natural History Heritage Warden for Rothley I can confirm that anyone should always take her clipboard with her, for it might be the only means of extricating herself from an undiscovered bog. Must have been the same bog, Terry!

This book is in the Local Studies Section of Rothley Library and is available for loan.