The Roll of Honour lists 43 members with five names in red of those who died.

The Roll of Honour has a hand-painted border of pink roses with the Union flag and laurel wreath top centre. The names are hand scripted. There is no indication of who designed and made this Roll of Honour.

The Constitutional Club was on the corner of Fowke Street and School Street and closed on the 31st December 2004 due to lack of funds. In 2014 the building is used as a store. The Roll of Honour is currently held by the author until a permanent home is available 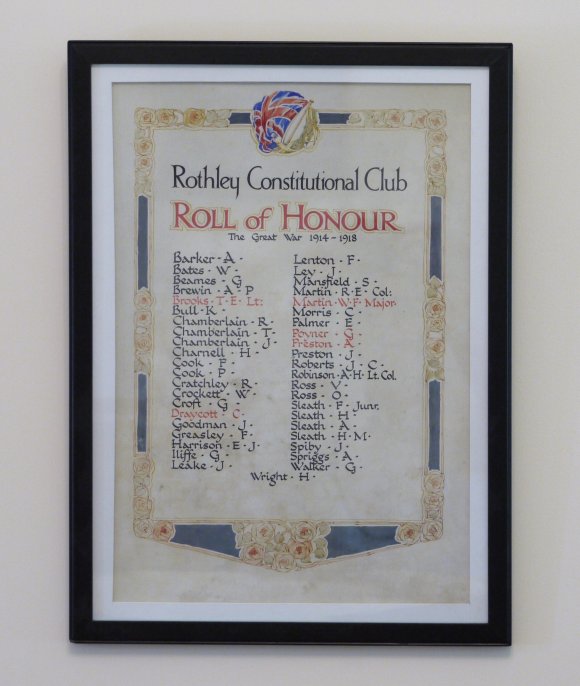 To find out more about the Rothley men who died please click on the following links: 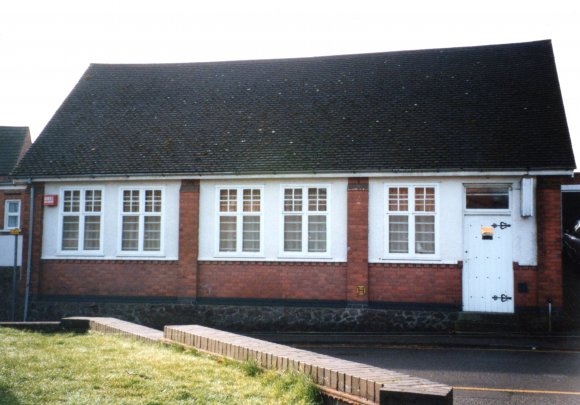 The Constitutional Club, Fowke Street, in 2004