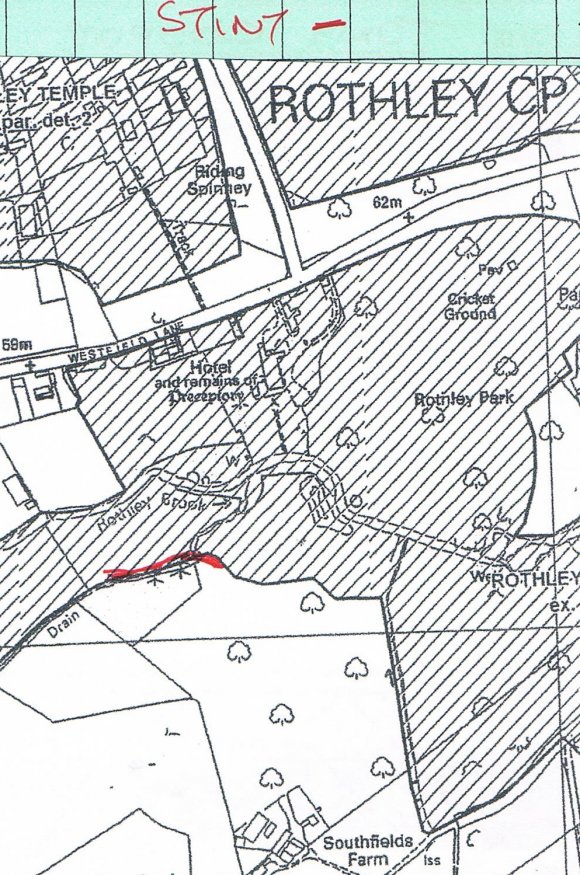 Location: Site accessed from the driveway to Southfield Farm

This is where it all starts to get more interesting with the landscape. Stint 31a takes us the final 10m of Great Close to Great Close Spinney which is narrow at this point. The end of 31a is where we cross the sic in the spinney and start 31b from the Temple Meadow side.

There are two ponds on the edge of this spinney, shown on old maps, which are said to have been created to supply water to the steam machinery used during that era. They have been recorded in the Natural History Survey as Pond 50 and Pond 51. They were both full at the time of our visit.

The sic has a high bank on the spinney side but very overgrown with snowberry, a shrub found in a lot of our spinneys in Rothley. It is very bad at suckering and creates dense thickets. There are Scots Pines along the sic and in the spinney and old records show that many of this species were planted in Rothley. Just over the Bridle Road from the farm there is a spinney called Pine Spinney. 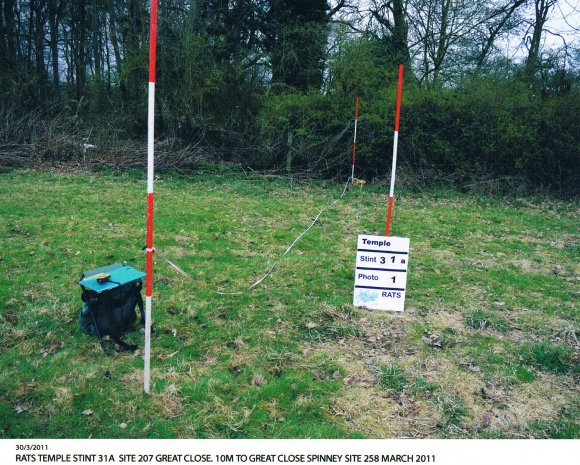 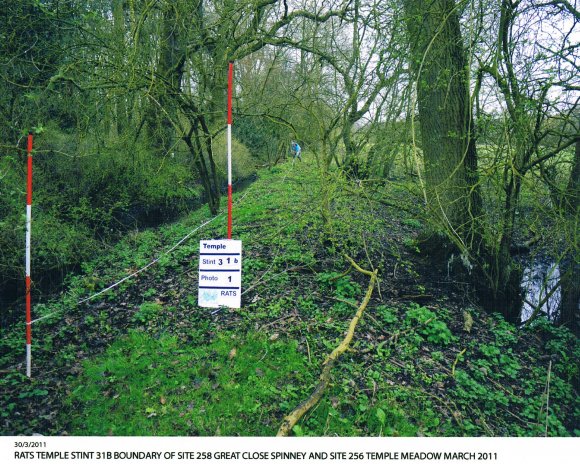 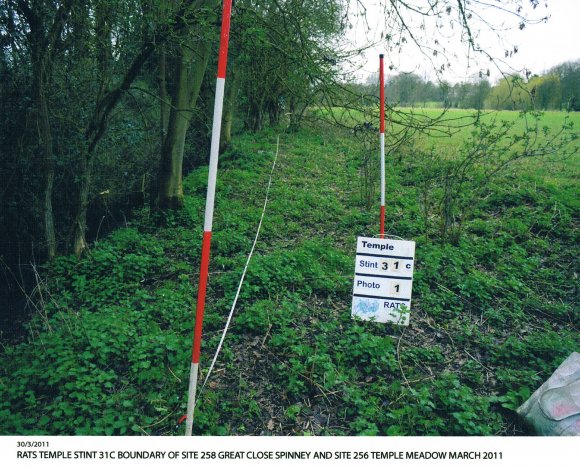 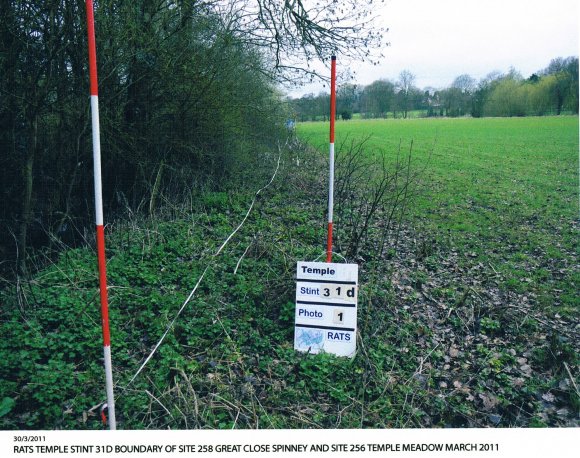 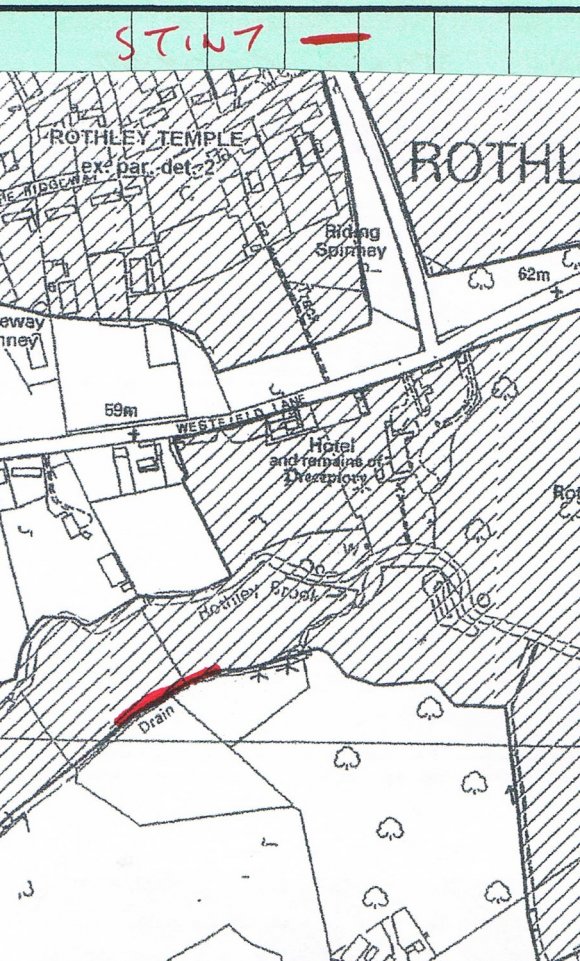 Stint 32a continues along the sic as in Stint 31b, c and d with the ditch in Temple Meadow. We end the day at the flat bridge/track from Great Close to Temple Meadow.

Under this flat bridge there is a stone and slate culvert for the water to flow and this makes an interesting feature.

Stints 32b, c and d show the ditch not in Temple Meadow but on the boundary of Site 257 Knewes from Great Close. The hedgerow boundary in these 3 stints is more substantial but rather unkempt with blackthorn showing its usual habit of suckering. Evidence of low growing elm. 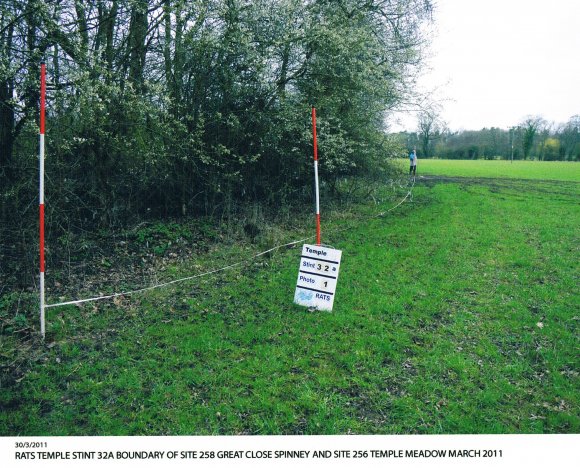 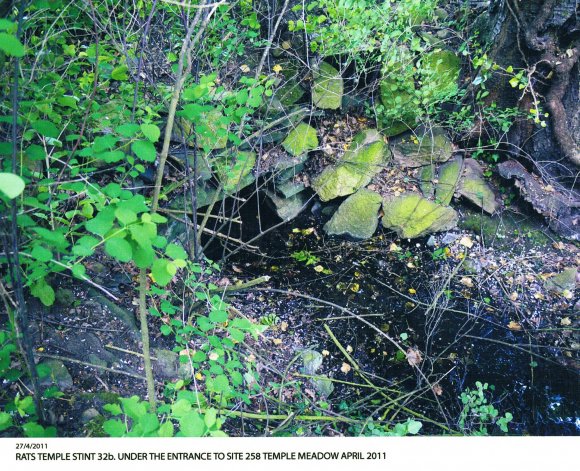 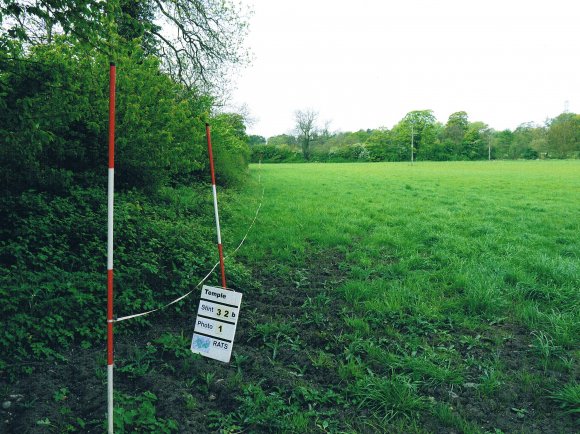 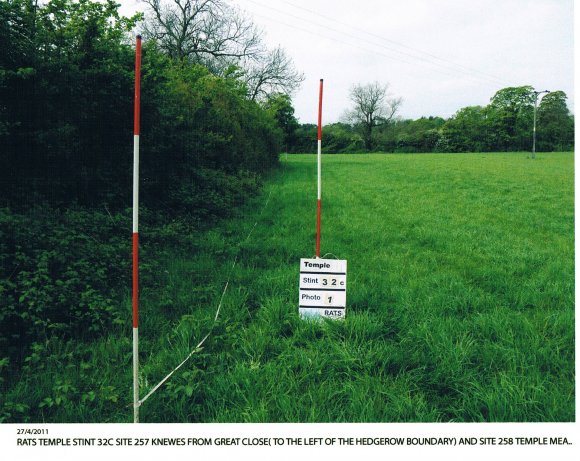 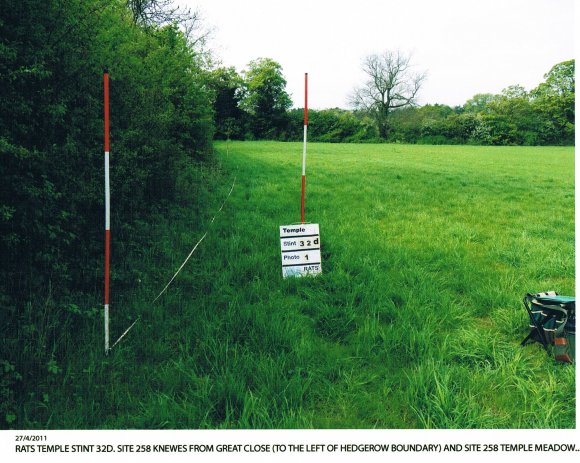 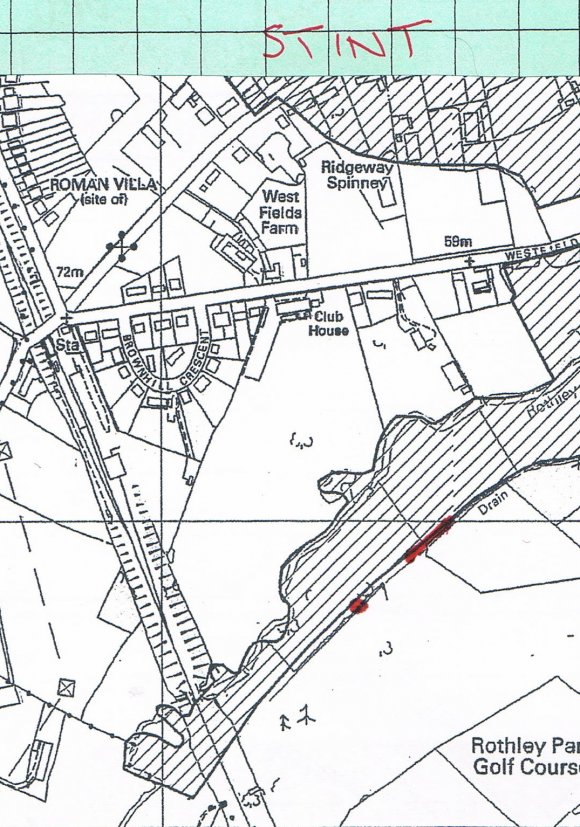 We have reached the time of the year when the vegetation begins to obscure the features so; once again, all is on hold until the autumn.

We did, however, visit the Rothley Park Golf Club and they gave us permission to make very early visits to continue recording as long as we were out of the way of golfers when they started play.

(This plan did not materialise as Marion decided to move house in July and time, somehow, did not seem to be there. We need to seriously get back on track in early 2012 as it would be a shame not to complete this survey)

As we are in the middle of winter with dark mornings it is not possible to get access to the golf course before the golfers are on site so the decision was made to pick up the survey on its return journey and go back to the golf course when lighter mornings arrive.

The far side of Temple Meadow is on the return journey so we will connect up in due course. 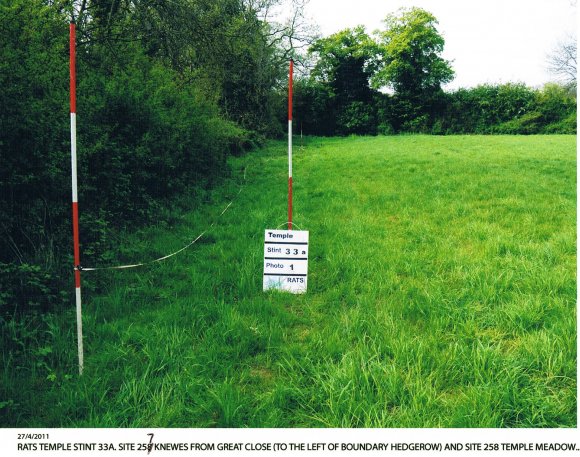 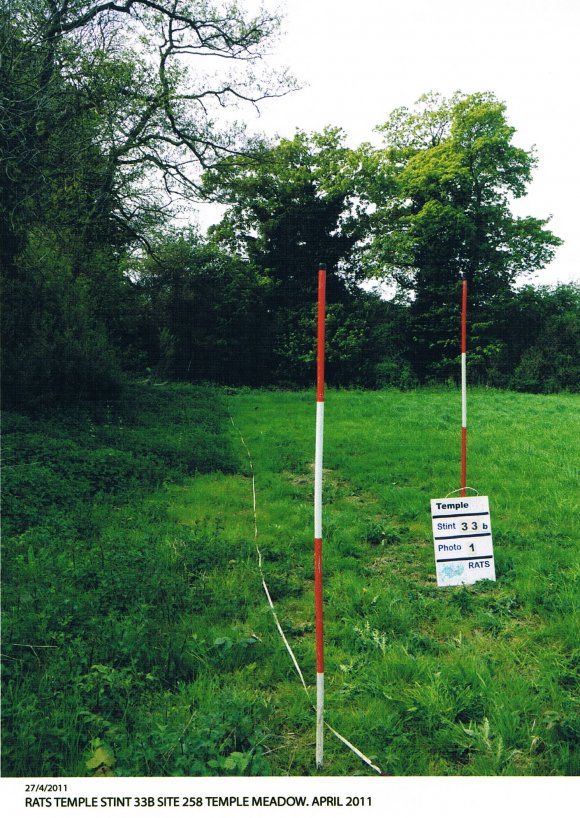 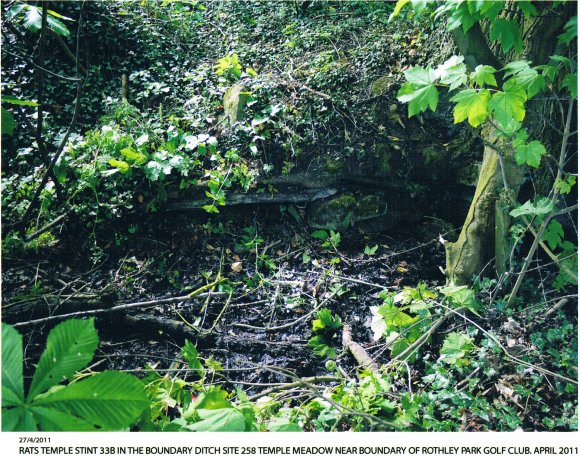