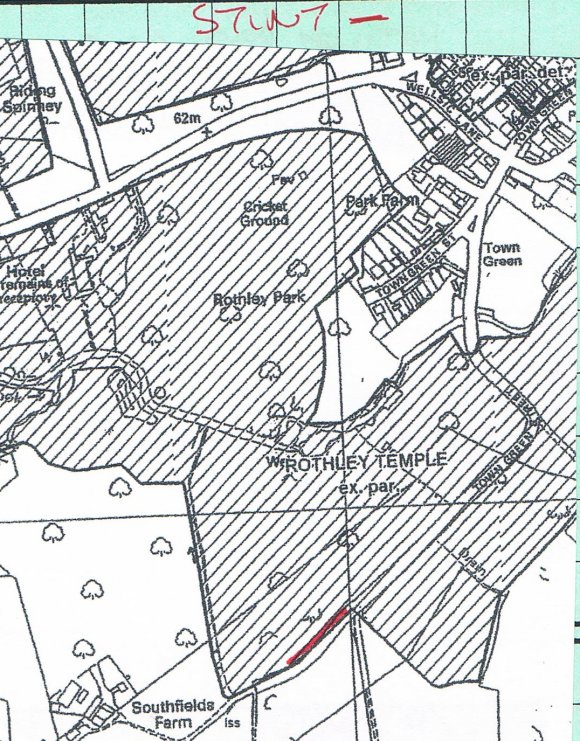 Location: Site accessed from Bridle Road from Rothley to Thurcaston

This stint takes us along the boundary with the Bridle Road to Thurcaston.

There is not much of a hedgerow and the only ancient evidence is in Stint 25b where you can see remnants of ancient layered hawthorn but only one piece.

We go through landscape planting of silver birch, oak and hawthorn and some beech has been planted as a hedgerow in 25b.

Very disappointing to have lost this ancient boundary on an ancient track. 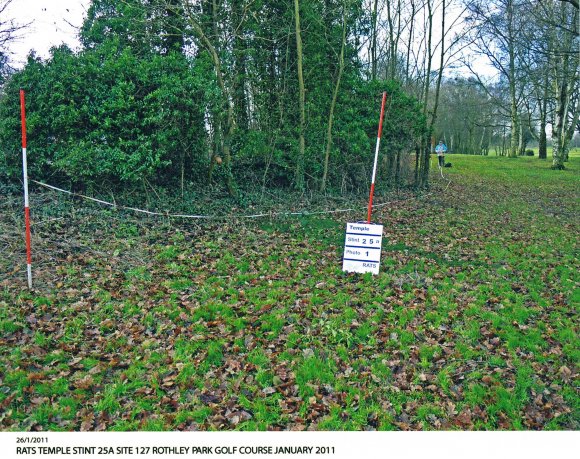 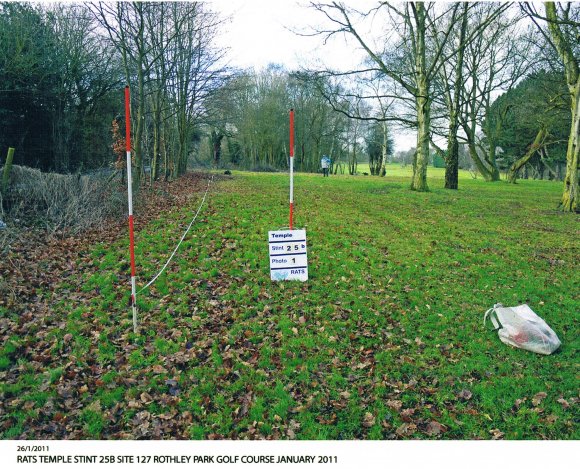 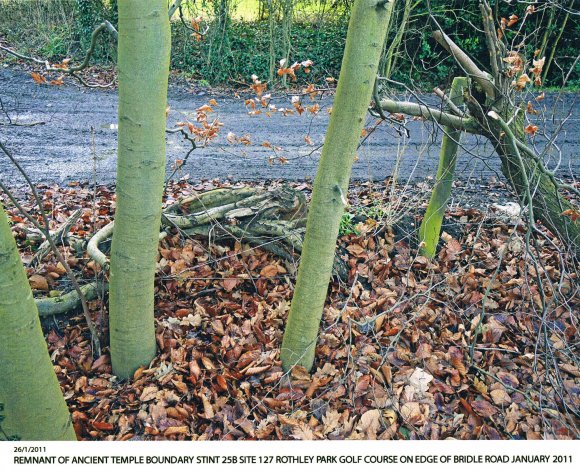 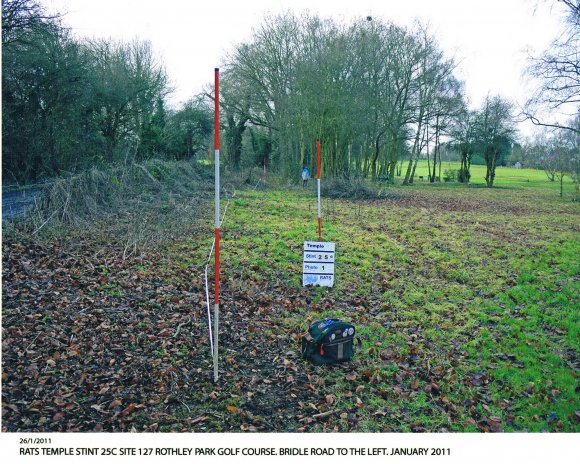 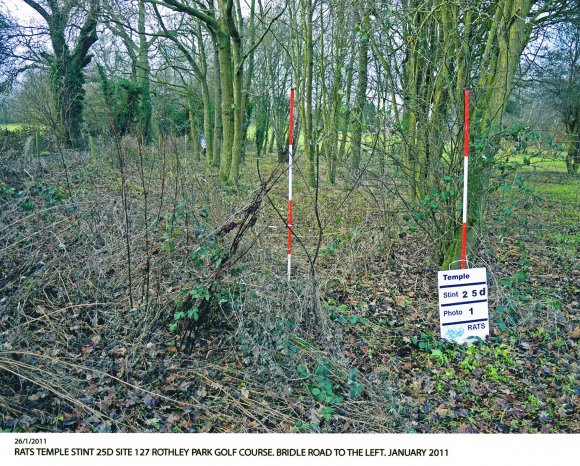 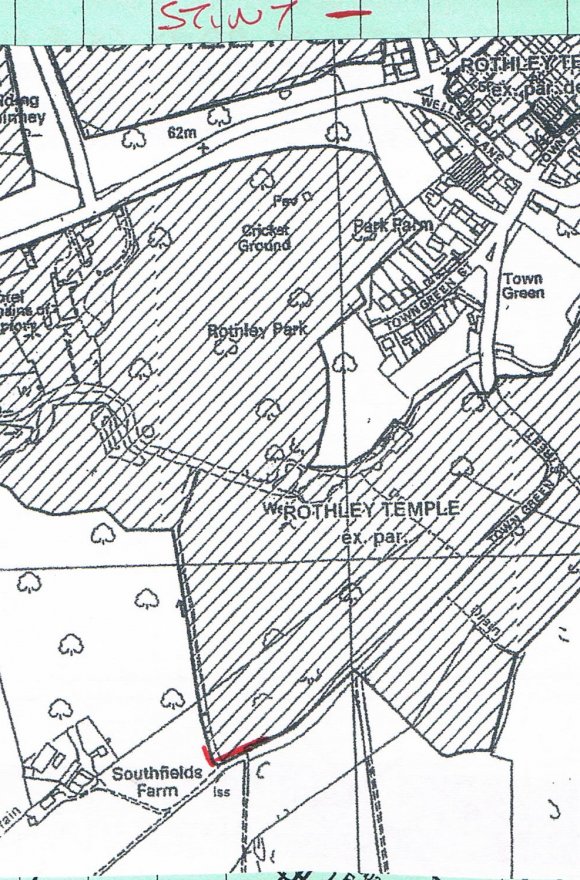 Location: Site accessed from the Bridle Road from Rothley to Thurcaston

As in Stint 25d we move along the edge of the Bridle Road and through a landscaped area of the golf course until we come to the ditch/drain. At the point we take a right-handed turn along the drain for stint 26d.

In the ditch, at the turn, there is a good coppiced ash. 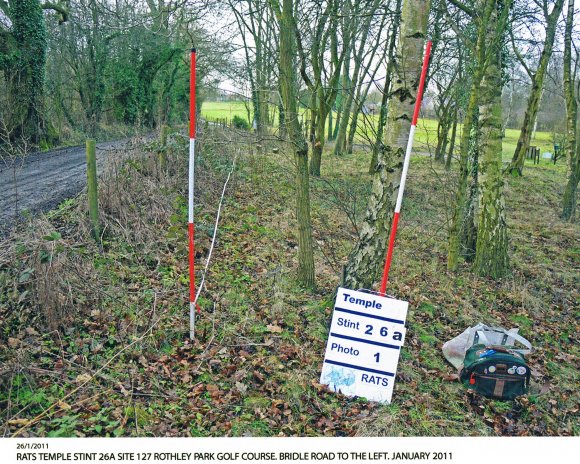 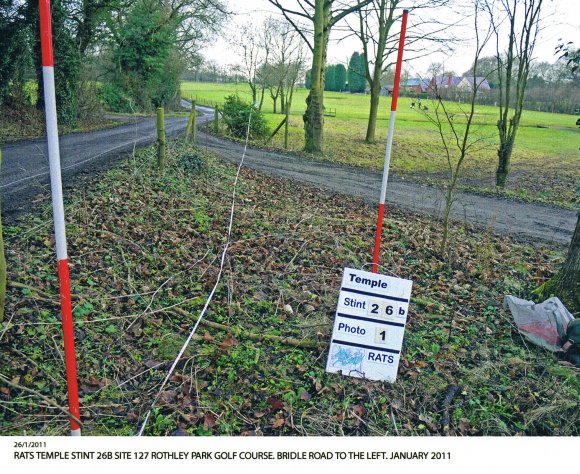 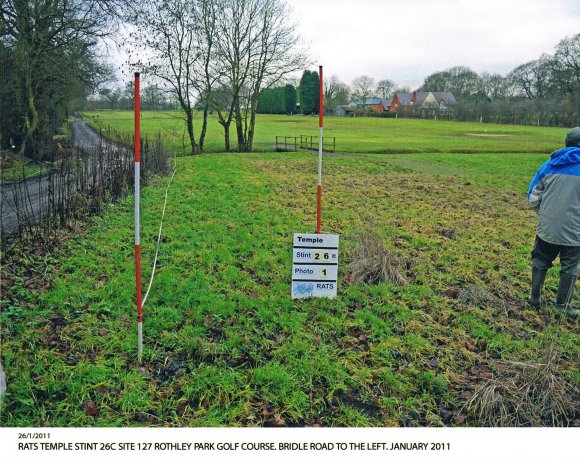 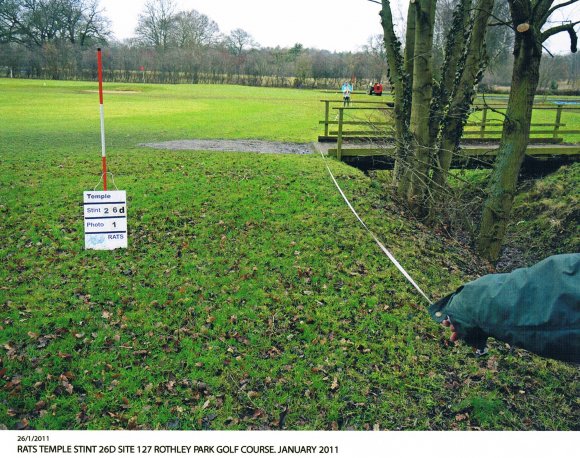 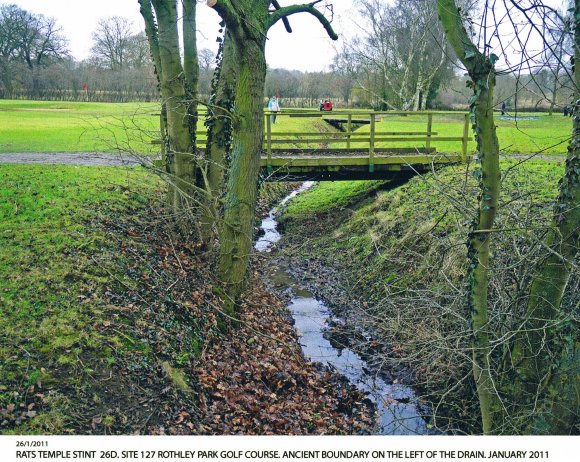 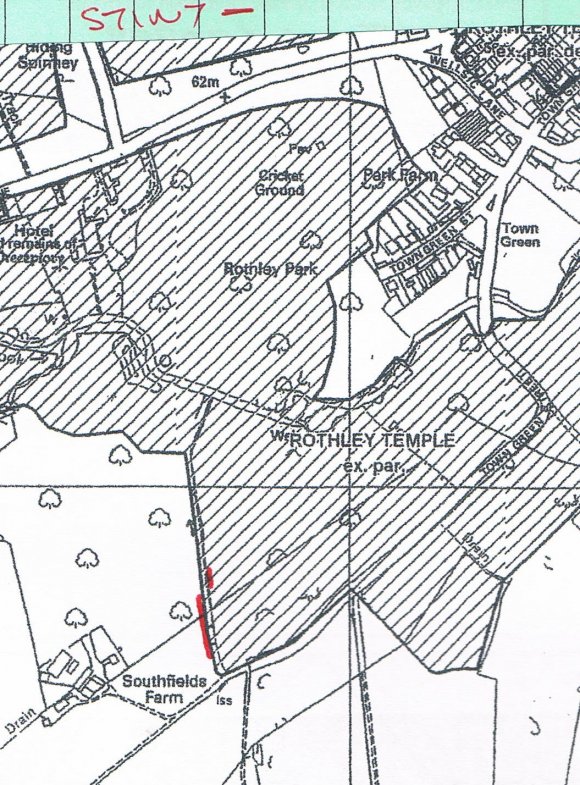 Stint 27a takes us along the drain/ditch with no hedgerow but in 27b there is some coppiced ash but not ancient. 23 metres along 27b we reach the boundary hedgerow with Site 207 Great Close which is part of Southfield Farm. We cross this hedgerow at SK5782811849 where there is an ancient Ash Tree 337 which I recorded on the 14th August 2004 in Site 209 Cecily Croft as it is on the boundary of these two fields. I also noted that the tree was 'in a hedgerow, in a ditch and behind barbed wire' which is still true in February 2011.

In the remaining 7 metres of Stint 27b, in Great Close, there is evidence of ancient layered hawthorn, still a good ditch but lots of brambles.

In Stint 27c we continue with the hedgerow as in 27b but at 25 metres we cross the private driveway to the farm and then have to switch from Site 207 Great Close to Site 209 Cecily Croft due to the excessive amount of bramble along the Great Close hedgerow. The last five metres and the whole of Stint 27d run along ancient layered hawthorn, with blackthorn and still a good ditch. Modern planting consists of Silver Birch and maple sp.

The farmer says that this hedgerow is due to be layered. 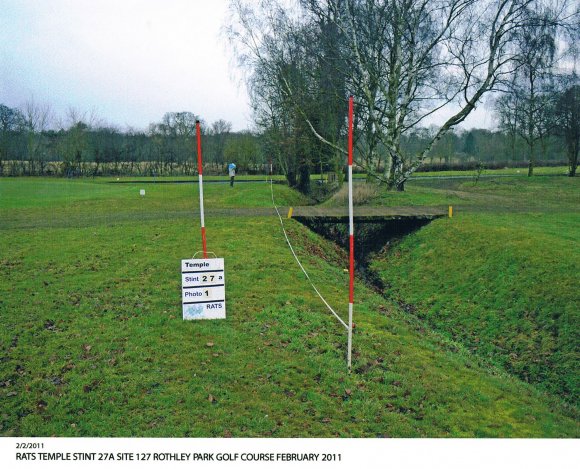 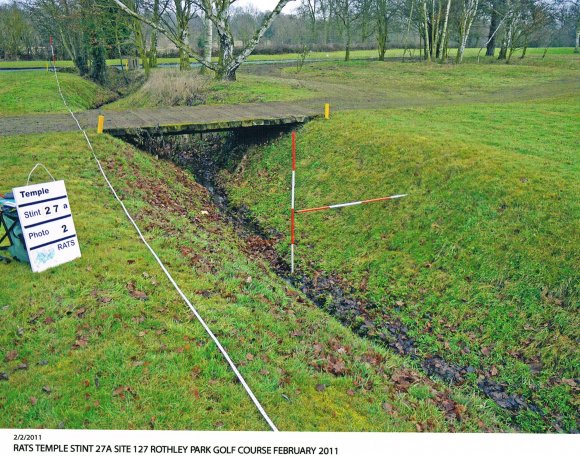 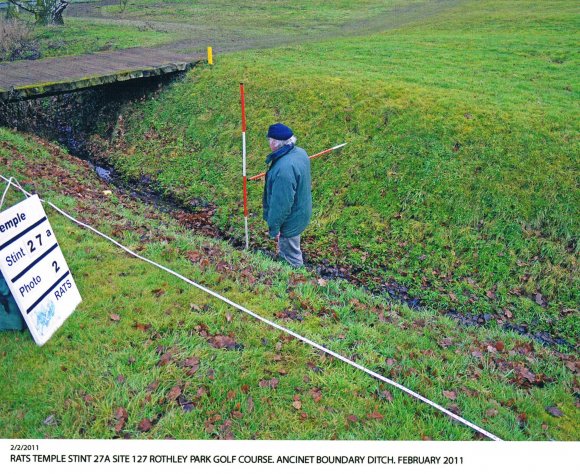 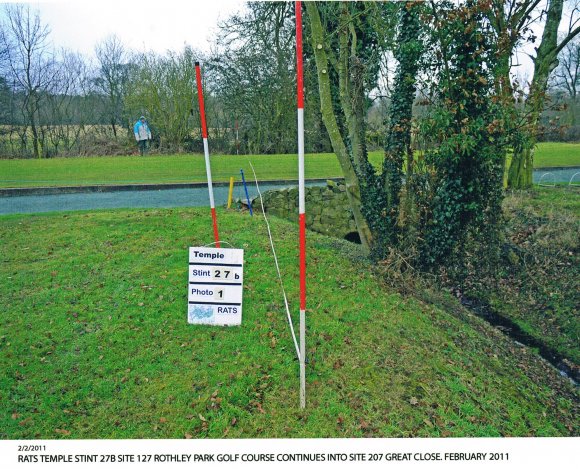 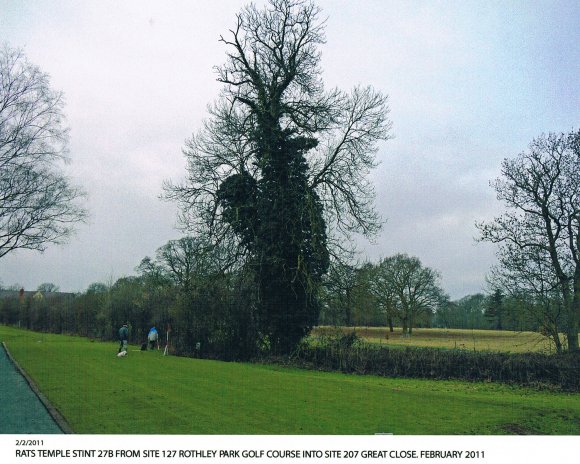 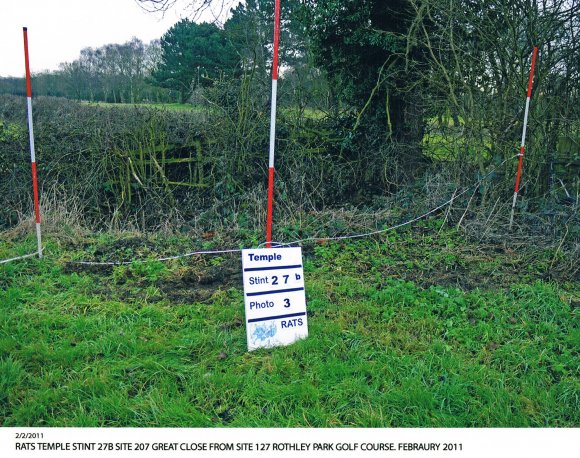 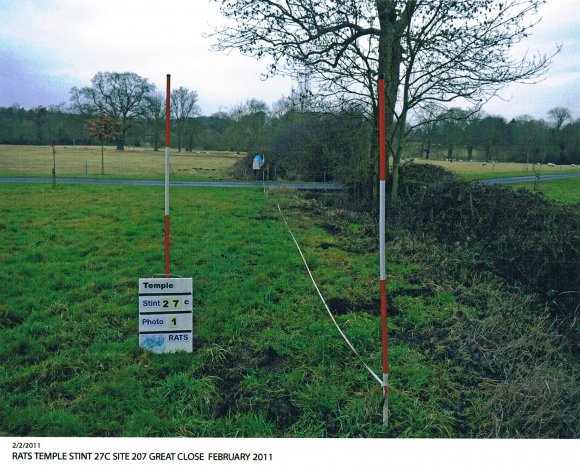 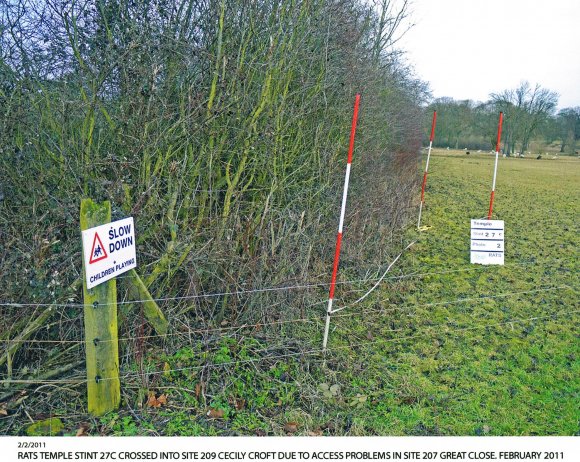 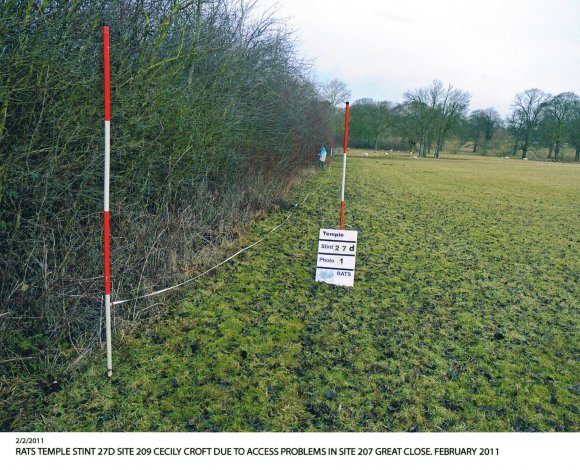 To continue to Stints 28-30 please click on the following link: