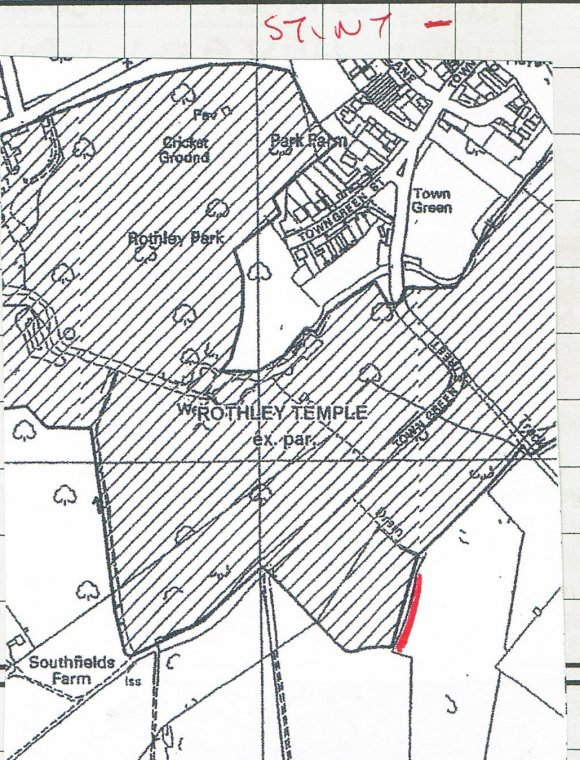 Here again we have a good ditch with a mainly Hawthorn hedgerow on the boundary and a thicket that becomes a rather dense area of Blackthorn making it difficult to penetrate to follow the line and take photographs. However, in Stint 22a we have a good sized Ash

with a girth of approx. 2.8m but not in good condition like many of the Ancient Boundary Ash Trees. I have already recorded this under Site 226 Pethefers Close Ash Tree 635. It is hollow inside with fungi so on borrowed time. There is some ancient layered Hawthorn as the boundary hedge but also modern hawthorn planting to fill the gaps.

This takes us into Site 308 South Field Close, but at the time of the ancient boundary it would be over its hedgerow with West Hall Field now removed to make one large field.

Stint 22d should take us over this lost field boundary and as there is no evidence left of its existence we will not be measuring or recording it except by a photograph and it will also be recorded as Stint 23. Stint 22d does not therefore exist. 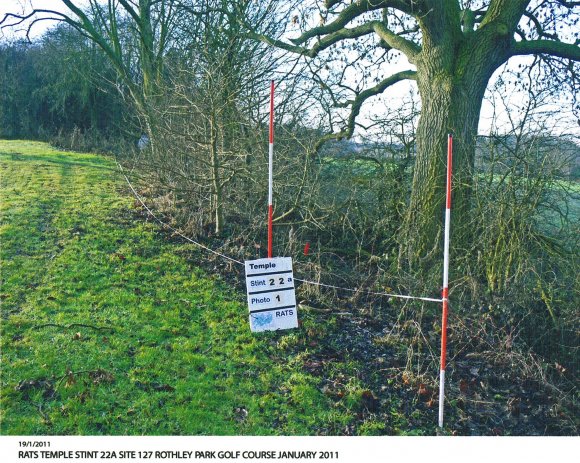 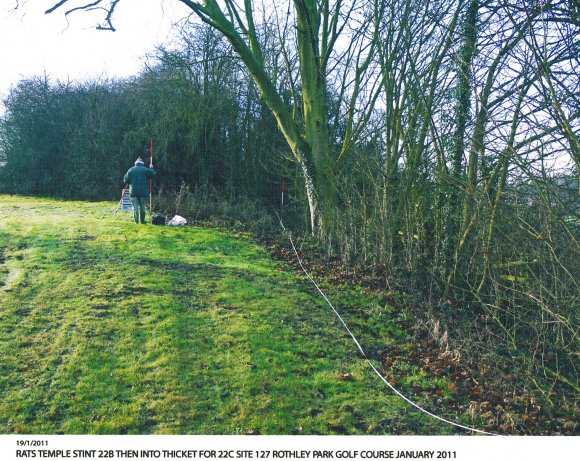 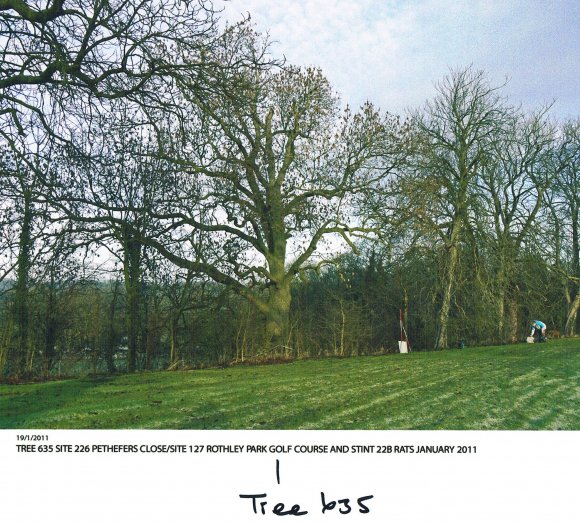 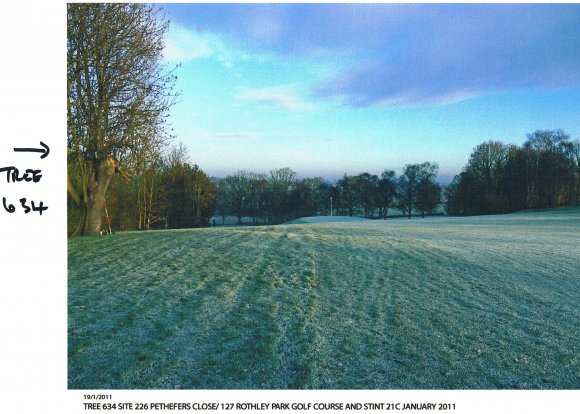 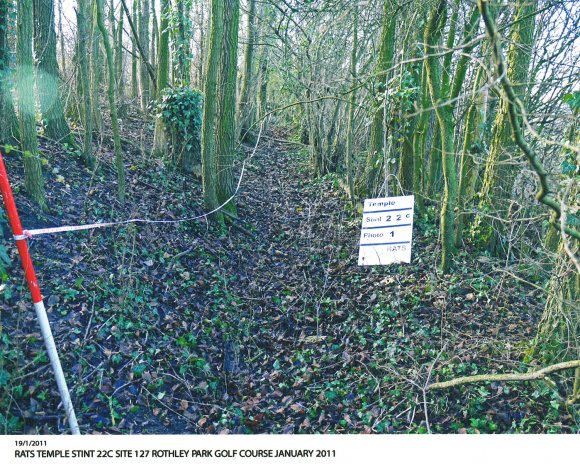 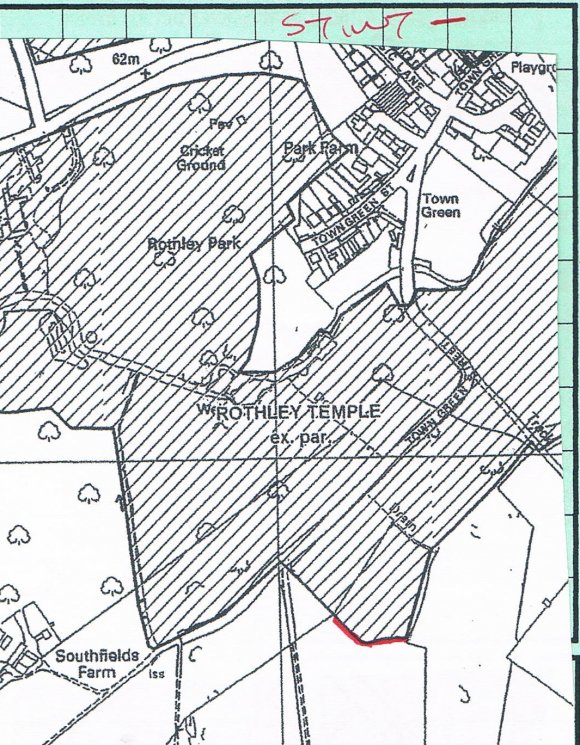 Location: Accessed from Bridle Road from Rothley to Thurcaston

We have called this Stint 23 even though it leads on from Stint 22c. This is because it runs into a ploughed field before turning and heading for the golf course at Fairway 10. There is no evidence of a boundary and therefore nothing to record. 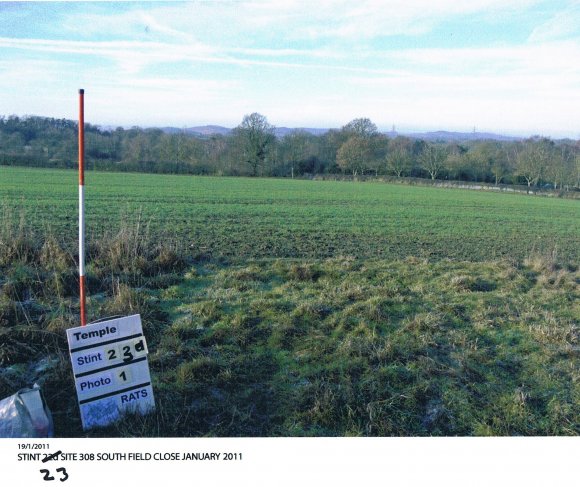 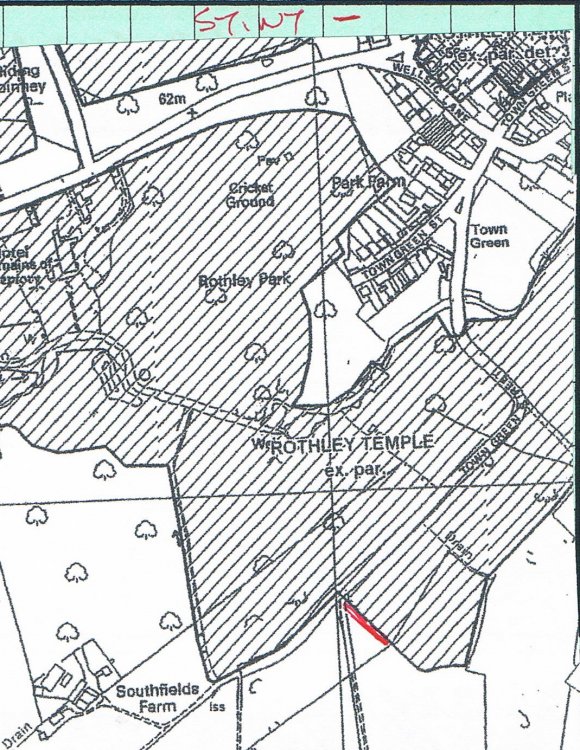 Location: Accessed from the Bridle Road from Rothley to Thurcaston

This is another piece of 'lost' ancient boundary which runs across Fairway 10, then over the Bridle Road into another part of the golf course. Again, there is nothing to record but there is an ancient Oak stump that could indicate where the boundary used to be. 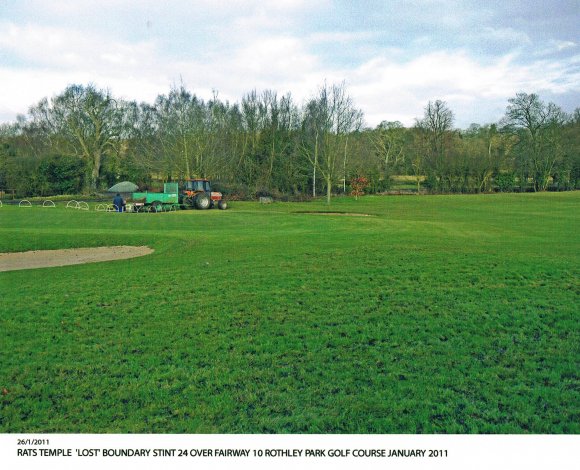 To continue to Stints 25-27 please click on the following link: