This stint continues to the vehicular exit, over this, in front of a wall with some residential buildings as part of the hotel, then over the vehicular entrance.

Stints 106a and b cover this part before we reach the boundary of Site 120 Rothley Park Cricket Ground Field.

In stints 106a and b there is no hedgerow but a low granite wall as far as the gatehouse and entrance turrets.

Then over the entrance drive with stint 106c and over the railings into Rothley Park to complete stint 106d which has no hedgerow or fence so nothing to record. We were working just a few feet inside the railings, in the pasture.

A continuation through Rothley Park as above but no hedgerow or fence for Stint 107a, b, c and d. There are parkland trees, not necessarily in a line to show a boundary but we are running close to the ancient carriageway which ran from the corner of Wellsic Lane to The Temple. This is now grass covered but could be tracked by prodding down to the gravel as we did for Thomas Babington's Carriageway on the far side of the park from the ancient bridge to The Temple.

A continuation of the above with no boundary hedgerow or fencing. Stint 108d is 25m.

The final part of the survey. 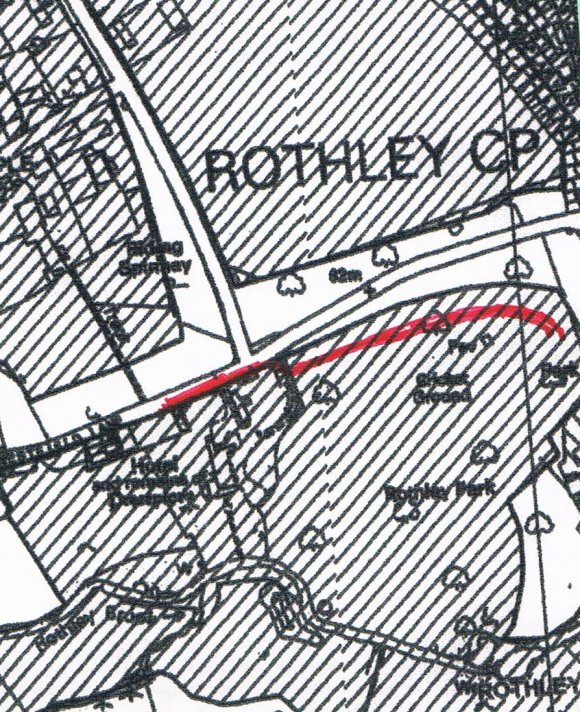 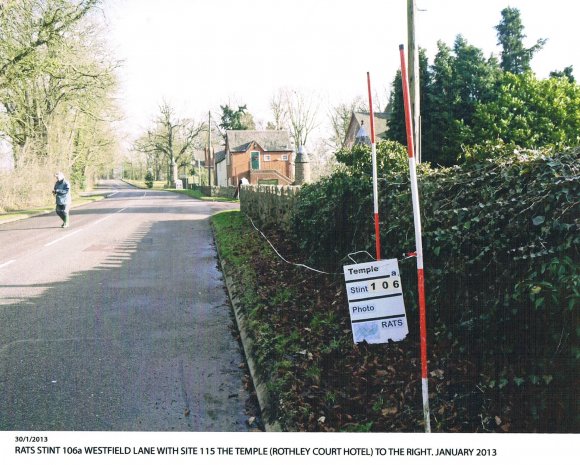 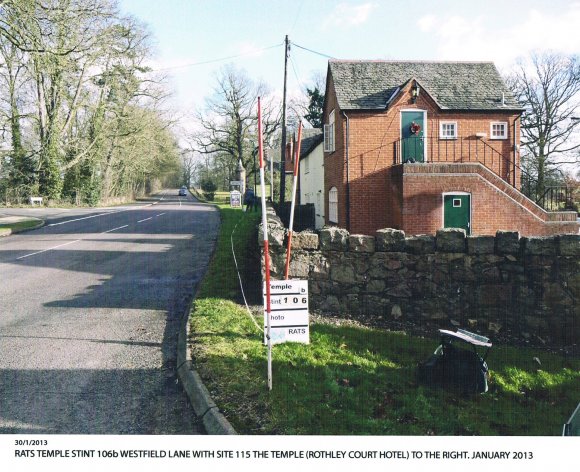 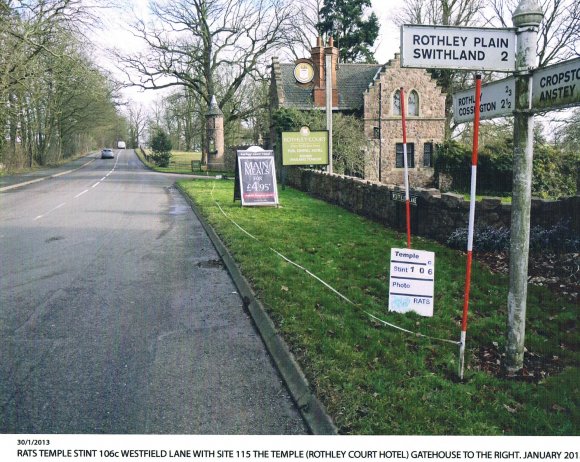 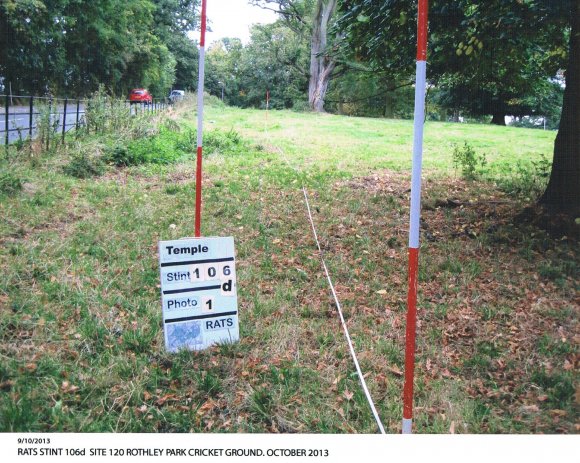 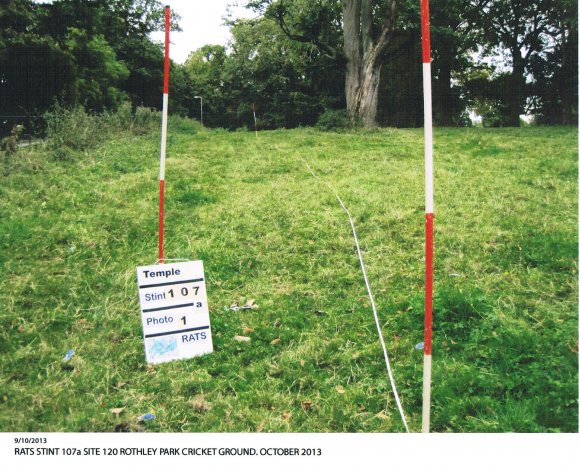 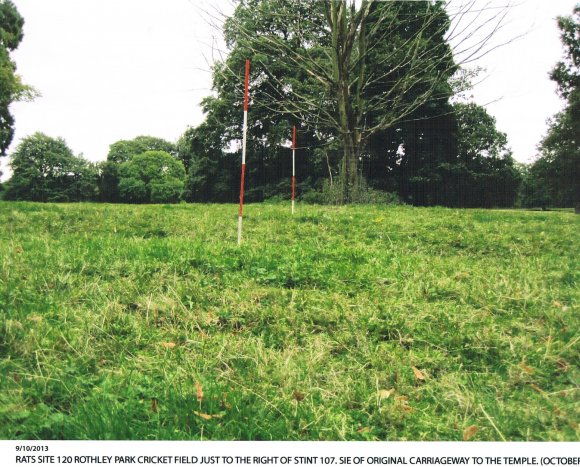 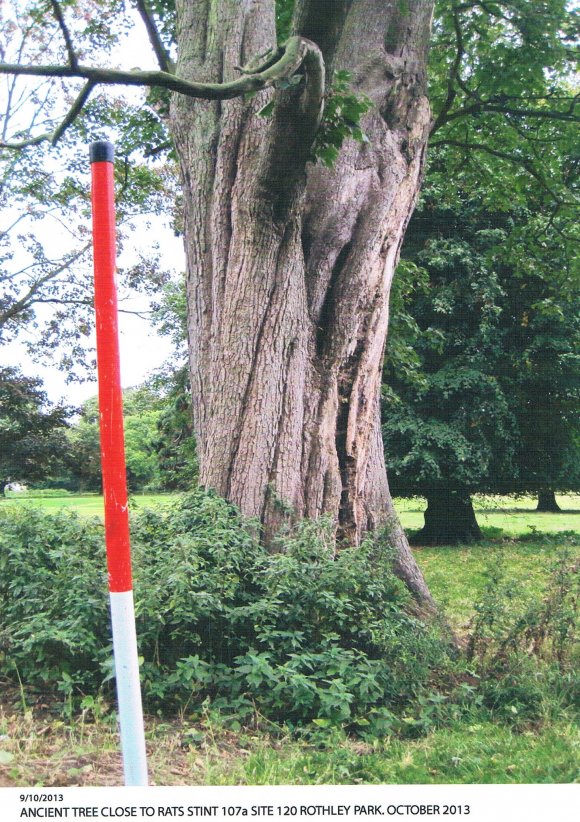 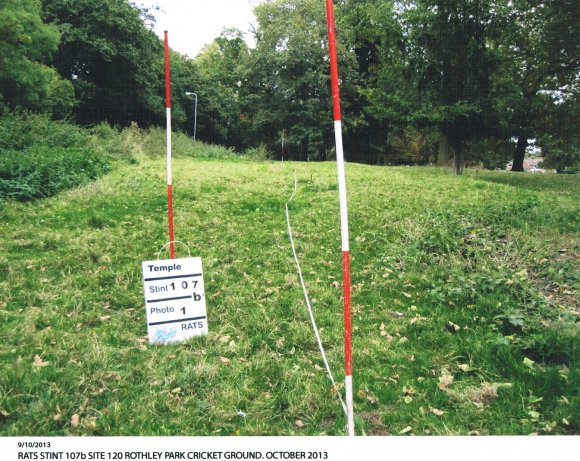 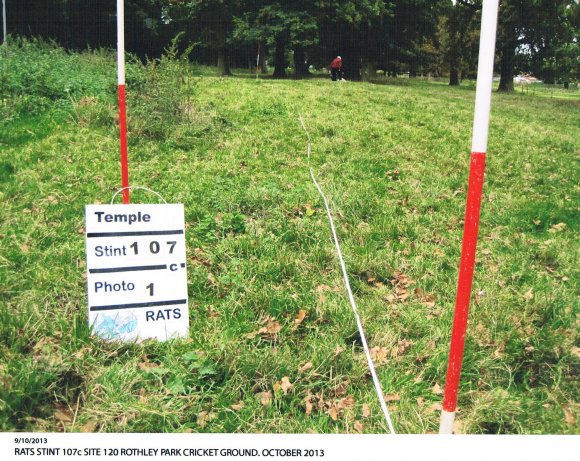 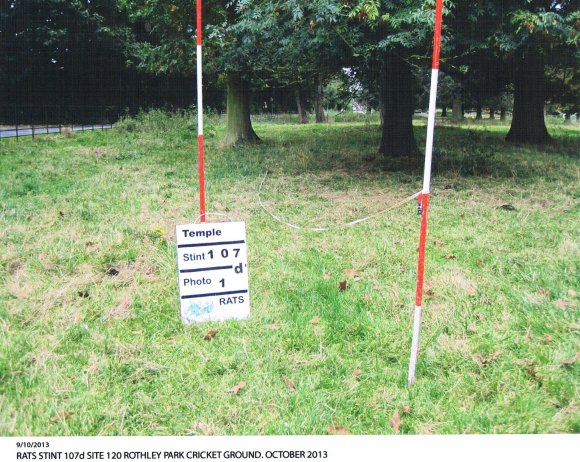 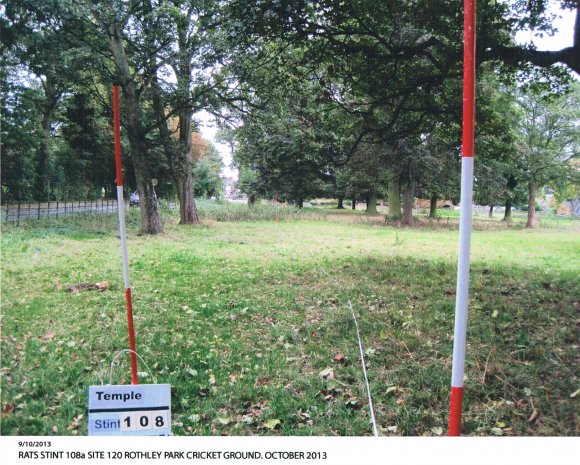 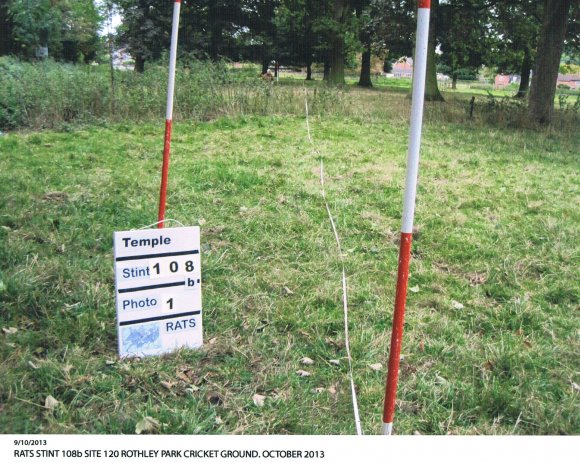 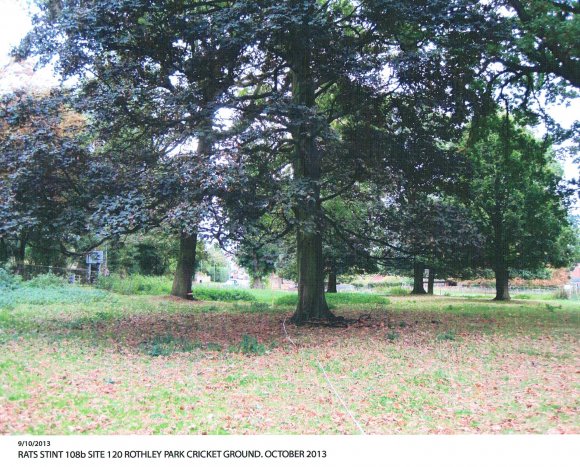 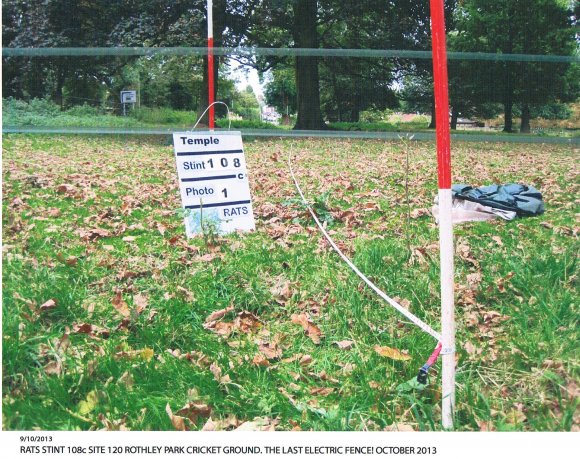 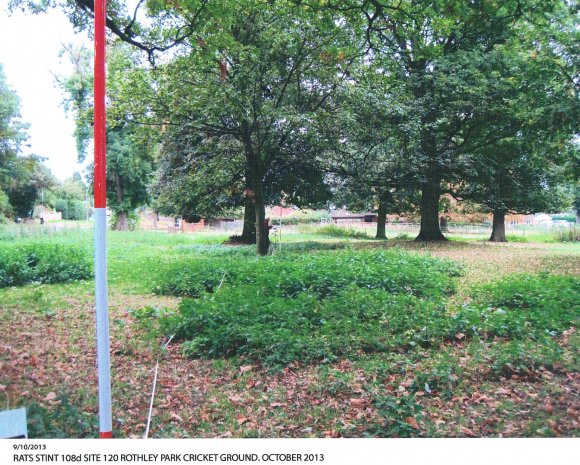 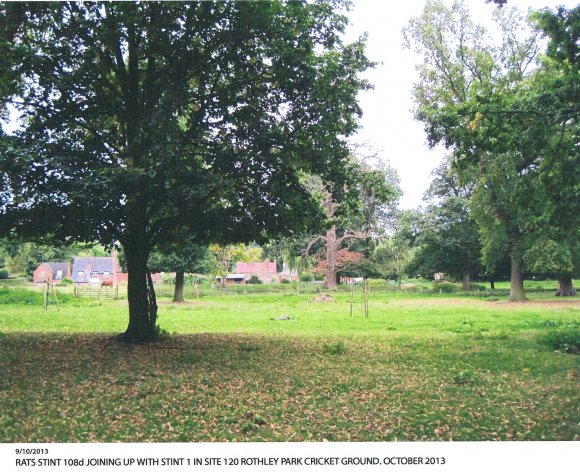 THIS COMPLETES THE FINAL SECTION OF THE ROTHLEY ANCIENT TEMPLE SURVEY