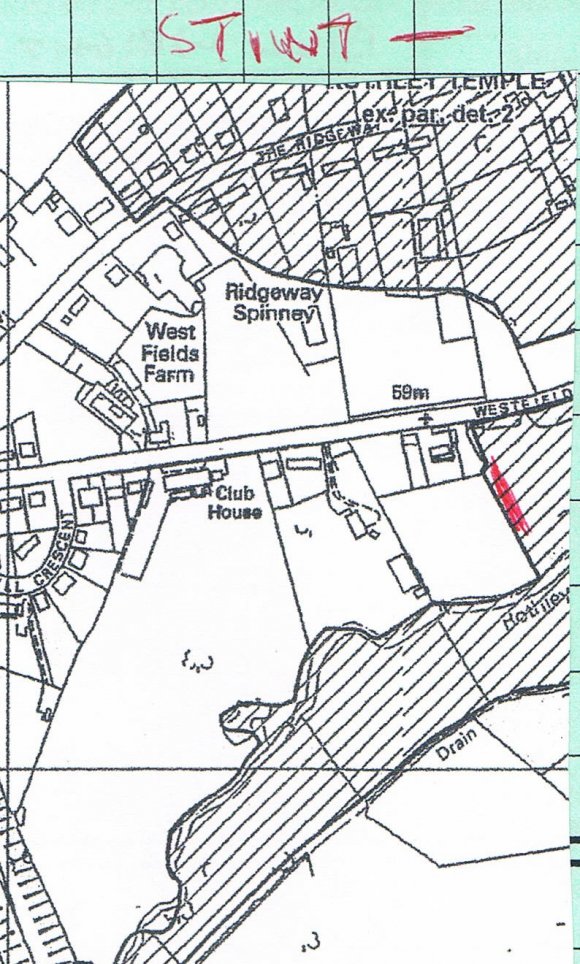 The stint continues as in Stint 102 c and d with more ancient oaks and 4 ft out from the old hawthorn hedgerow until in Stint 103b we reach the hedgerow through Temple Paddock which juts out and runs straight up to the roadside. This change in the position is clear to see on old maps. The owner of the adjoining property told us that it was originally an old hawthorn hedge but was replanted a few years ago with holly. Stint 103c runs along this hedgerow and this is where we turn in another direction. We really did have to give in at this point due to rain.

It has taken a long time to get going again due to many factors and especially the very wet spring and summer with vegetation flourishing as never before.

Even starting today we encountered very soggy conditions and decided that the very end of Stint 103c leading to the Westfield Lane would just be a photograph as it was very wet manure around the hovel and too miserable to work in. We therefore decided to start on Stint 104 on the Westfield Lane. 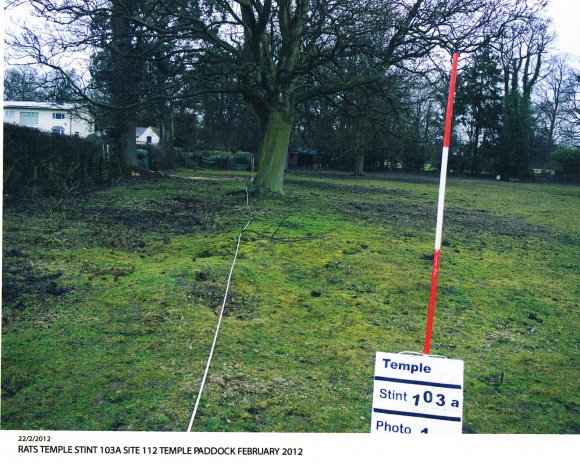 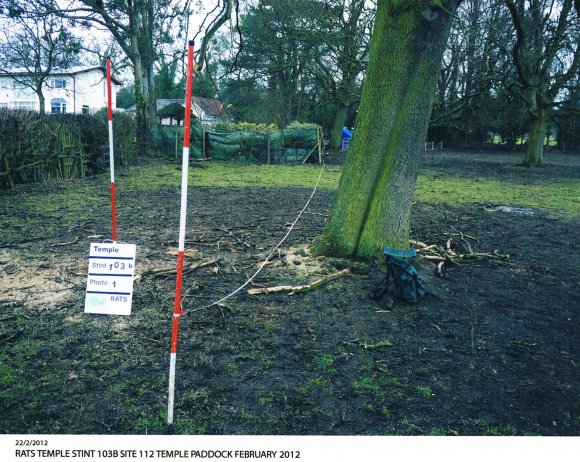 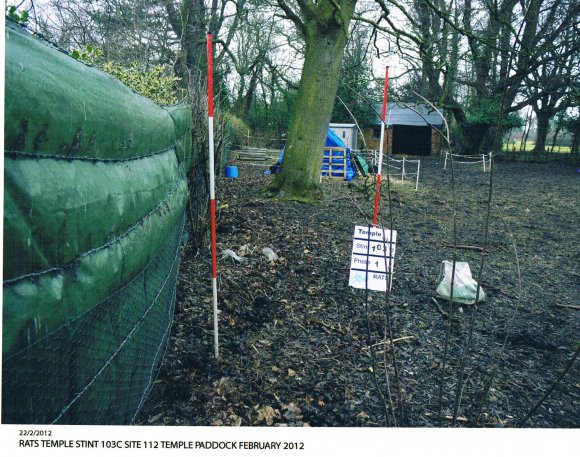 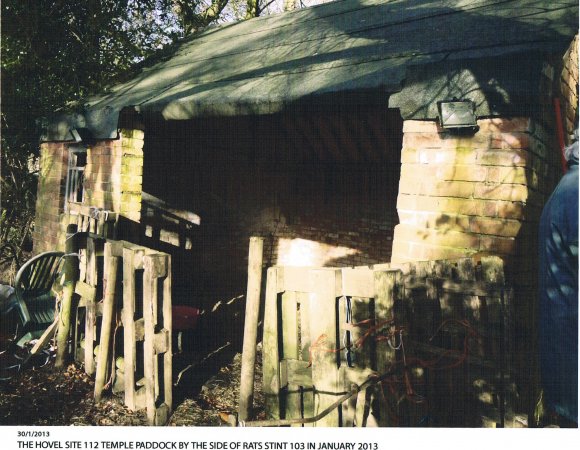 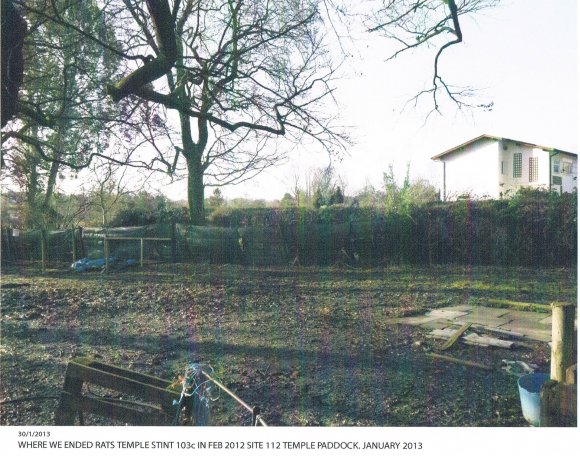 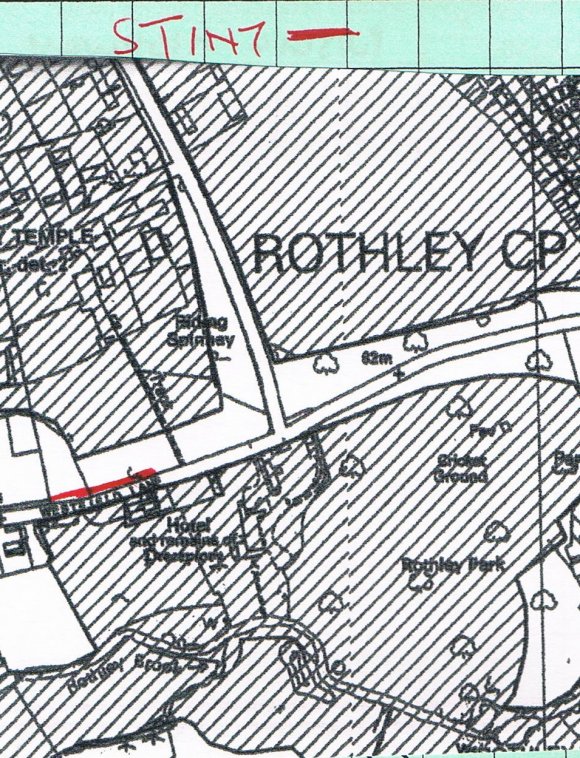 After a break of a year we were back to work recording the Rothley Ancient Temple Boundary. We continued recording what is really the end part as weather conditions have been too wet to get access to the golf course.

This stint is along the roadside verge of Westfield Lane with Site 112 Temple Paddock to the right in stints 104a, b and c and 22m of 104d.

For all this stint there is a long, narrow copse of mixed trees and no management in evidence for years. The trees include Horse Chestnut, Oak, Ash, Pine and Holly but none would qualify as Ancient Trees and most are suffering from lack of space and light. The trees within the paddock are ancient and have been recorded in the Ancient Tree Survey.

Old parkland railings form the boundary but there is no real hedgerow to record.

There is an abundance of snowberry in Stint 104c, a familiar shrub in this area.

The last 8m of Stint 104d takes us to the boundary of the walled garden to what is now Site 115 the Rothley Court Hotel but was part of the gardens to The Temple. 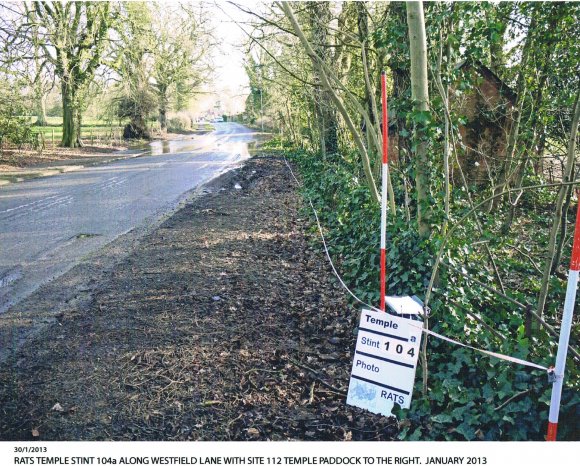 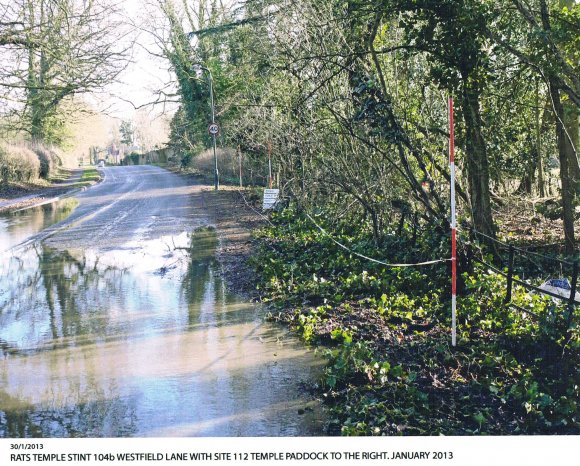 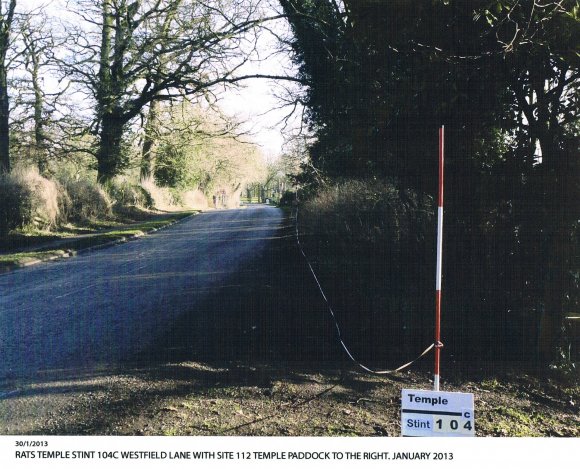 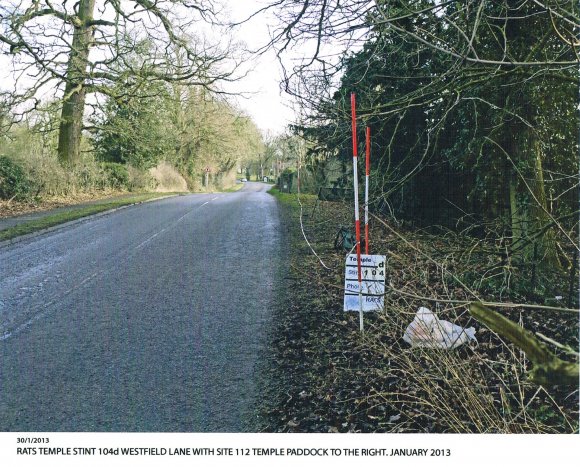 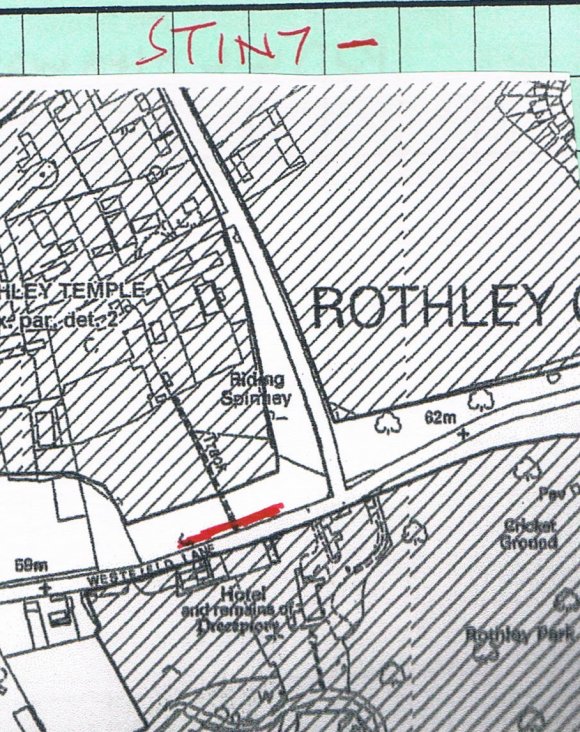 This stint runs along the verge of Westfield Lane with the walls of the walled garden of what was The Temple and now Site 115 Rothley Court Hotel.

The wall is very interesting as it was built in two stages with the old and new division clearly seen. It is a long wall with an old buttress and two newer ones to match the later part of the wall. It is such a shame that it receives no care and the trees and brambles are shooting from between the stones and ivy is climbing and encroaching.

There is no hedgerow to record in this stint as it is all walled as part of the walled garden and a lower wall towards the end of the stint reveals a lawned area.

There are no trees and the vegetation growing from the wall has most definitely been ignored in the hope that it will one day be removed. 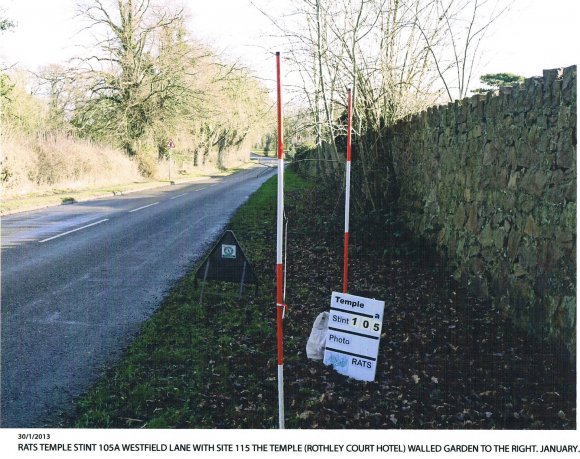 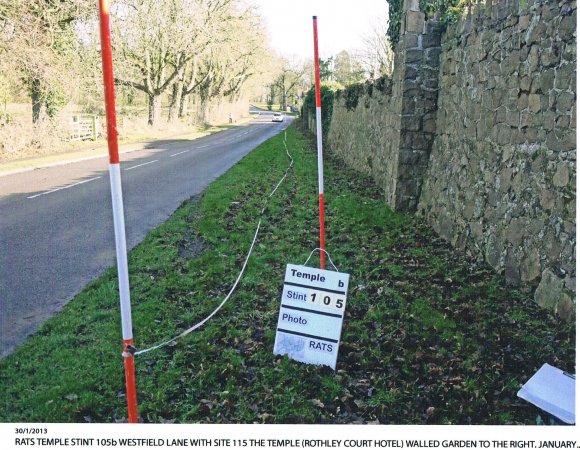 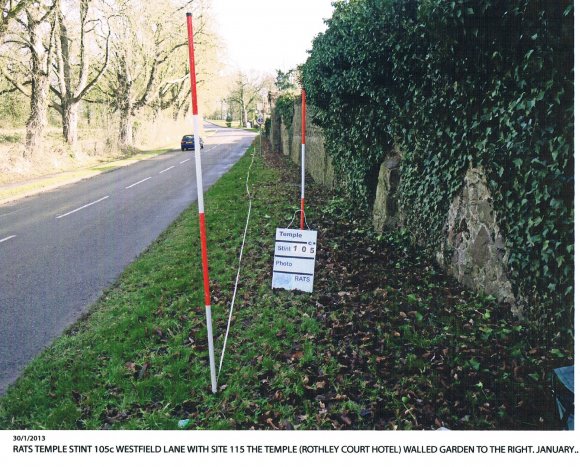 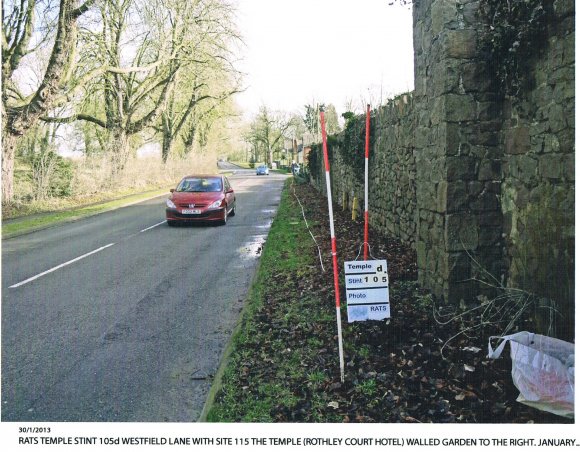 To continue to the end of the survey please click on the following link: