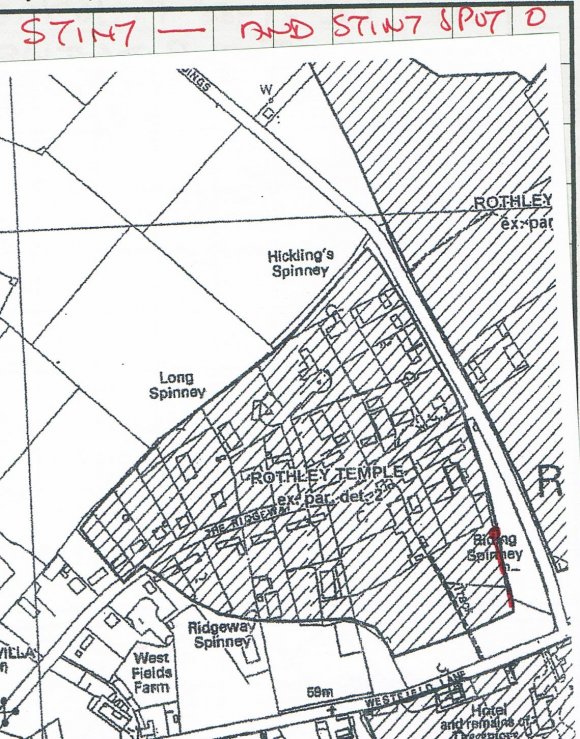 As in Stint 3 a Spot Stint was done for Stint 4a due to the thickness of the vegetation which meant that a linear measurement together with photos would have been difficult. It was possible to do the remaining length of the stint as the ditch was greatly improved by Terry and his secateurs.

There is a continuation of good sized individual hawthorns on the field side with old upright slotted wooden fence posts at intervals. On the spinney side there is a good mixture of woodland trees and shrubs and good areas of Dogs Mercury which is an ancient woodland indicator. At the start of Stint 4b there is a lovely Oak with a girth of 3.7metres which has been recorded as Tree 614 in the Ancient Tree Survey.

The boundary ditch is wide and in good condition as it has not been disturbed by the owners.

Stint 4d will be done after Christmas and the New Year. This part contains interesting stones where the ditch turns at right angles and Brian is keen to 'do a dig. Permission has been given to do this and Brian is qualified to carry this out.

Despite a very frosty morning our site was protected from the frozen ground and we started our 'dig' at OS Ref. SK5764512474. A group of stones was found on each side of the ditch where it turns and a smaller group at another corner. It does not appear that there is a wall running in the right angled part. However, checking the map closely this right angled ditch is not where the boundary turns, it is a ditch boundary but not the one that we want to follow. We will be carrying straight on to the end of Riding Spinney, just beyond into the field and then see if we can find an indication of the old boundary. This part of the stint recording continues next week.

As in the previous parts of this stint there is no real hedgerow but evidence of individual old hawthorns and remnants of parkland railings. This part of the stint has the turn off ditch to the right that was excavated last week but we ignored this turning and carried straight on with the stint end being just at the boundary edge of Riding Spinney. At this point, to our left, the spinney boundary runs at an angle until meeting up with its boundary along The Ridings. We, however, are looking to our right across a field which has its boundary with Westfield Lane. There is a broken down Ash tree at this junction with a girth of 2.3m and I have recorded it as Tree 616 in my Tree Survey as it was planted at a significant point on an ancient boundary. 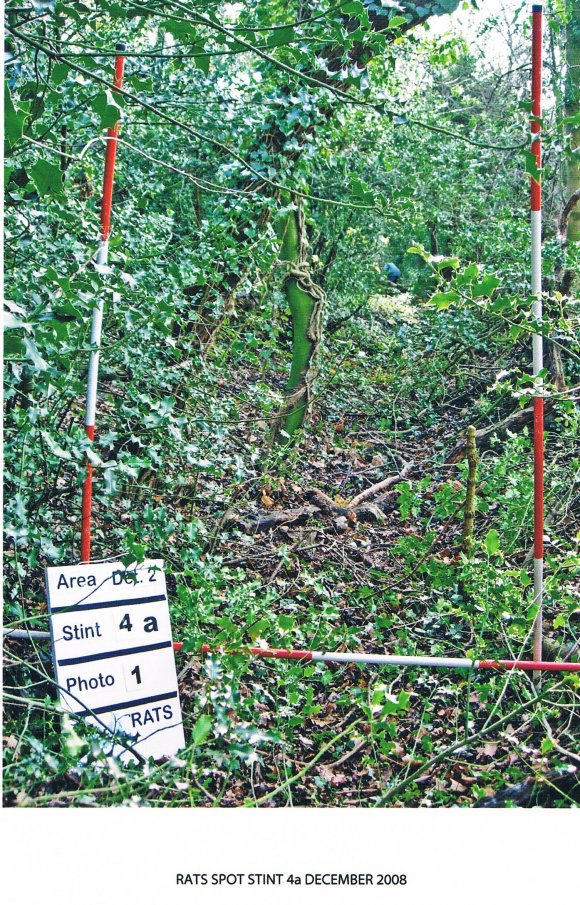 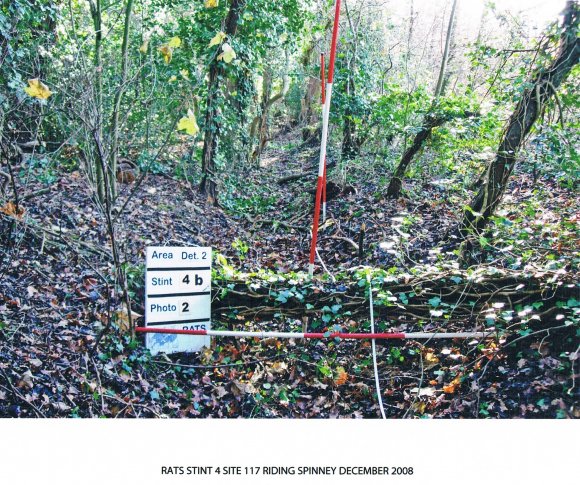 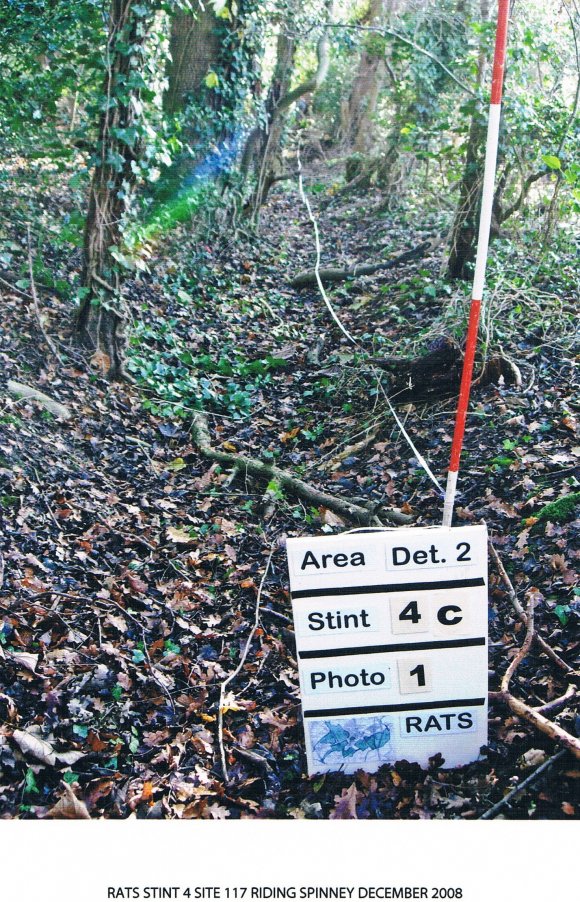 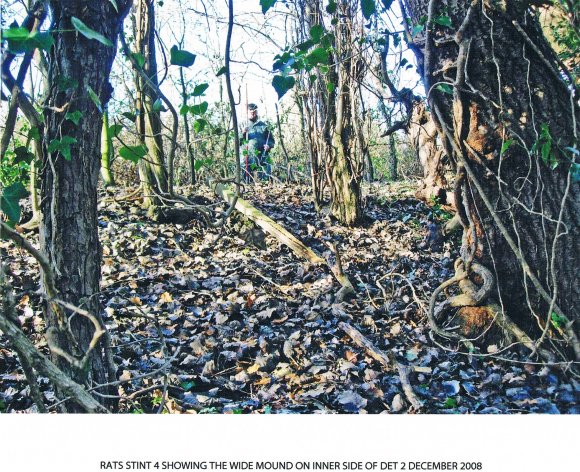 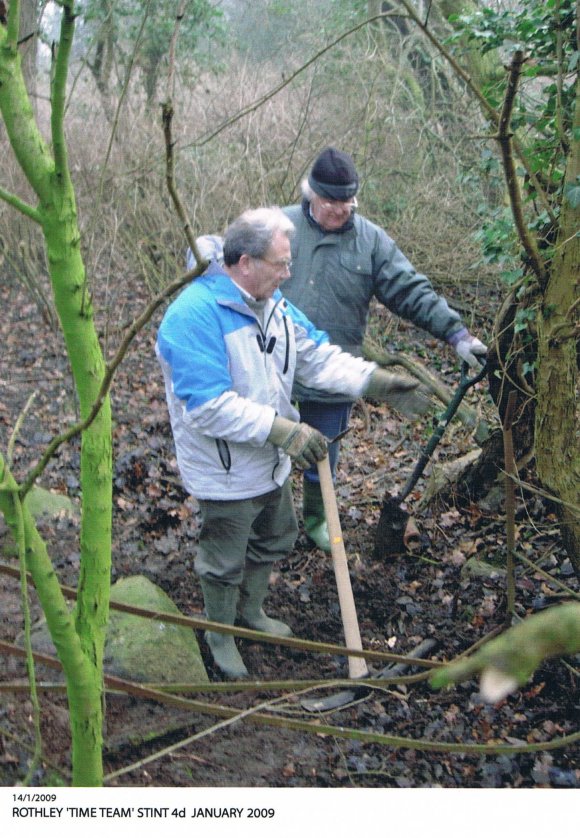 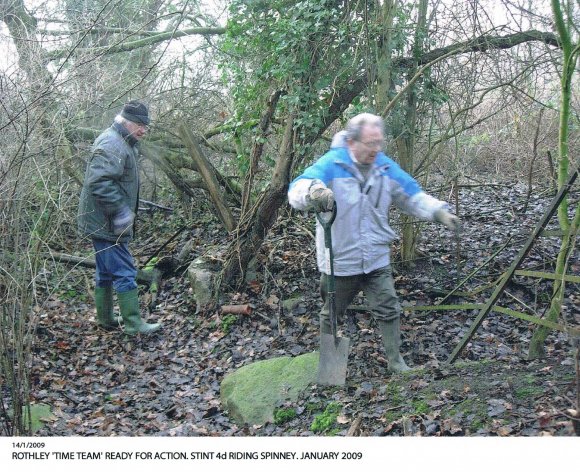 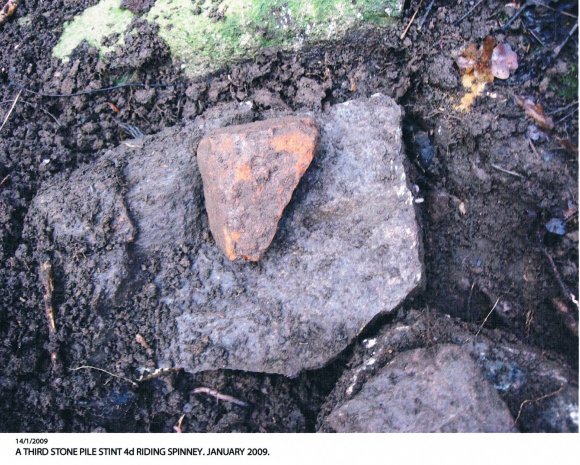 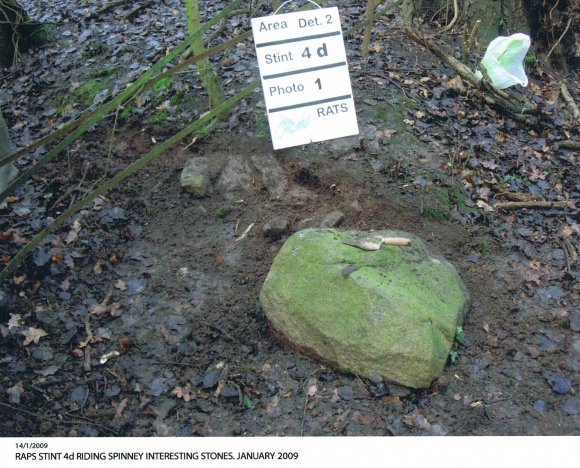 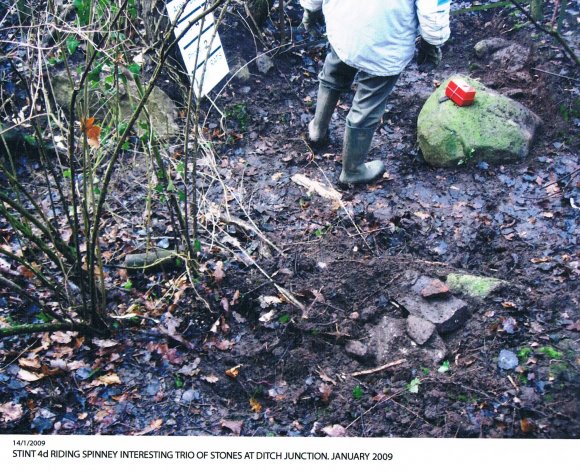 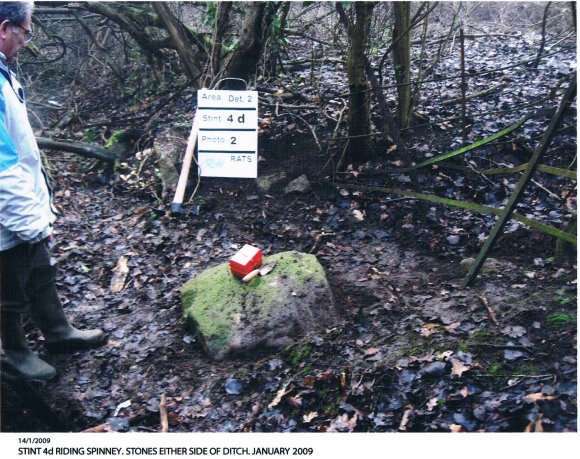 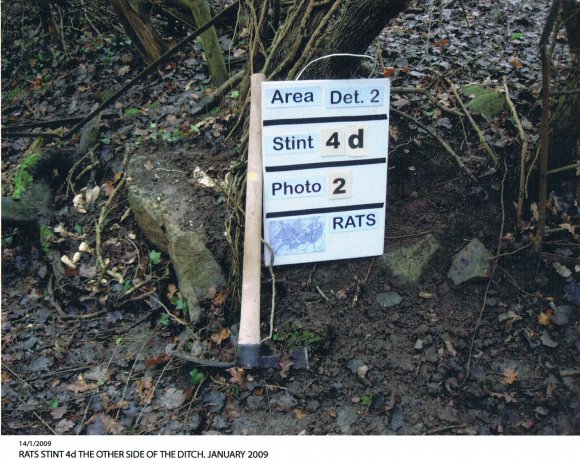 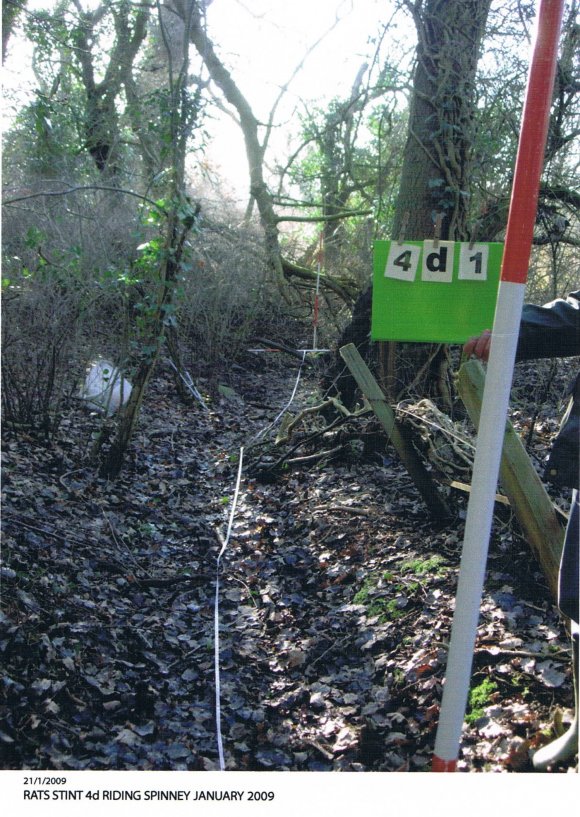 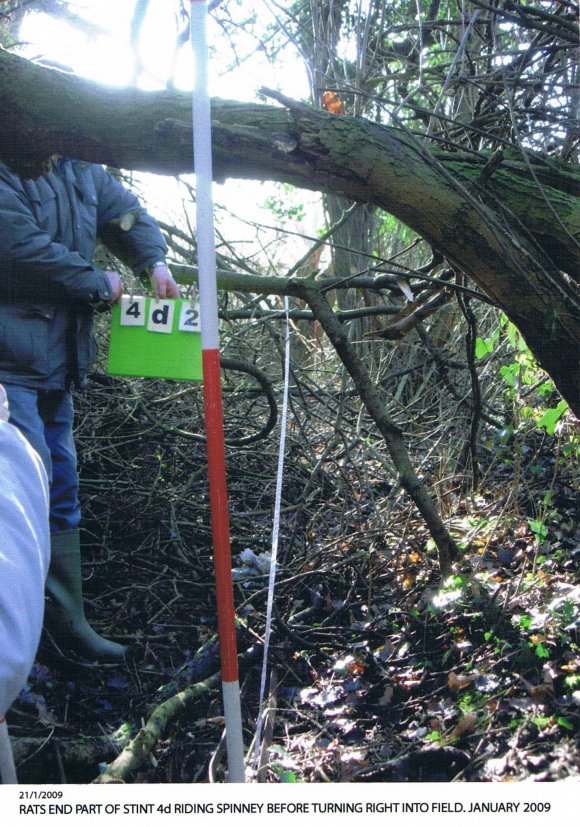 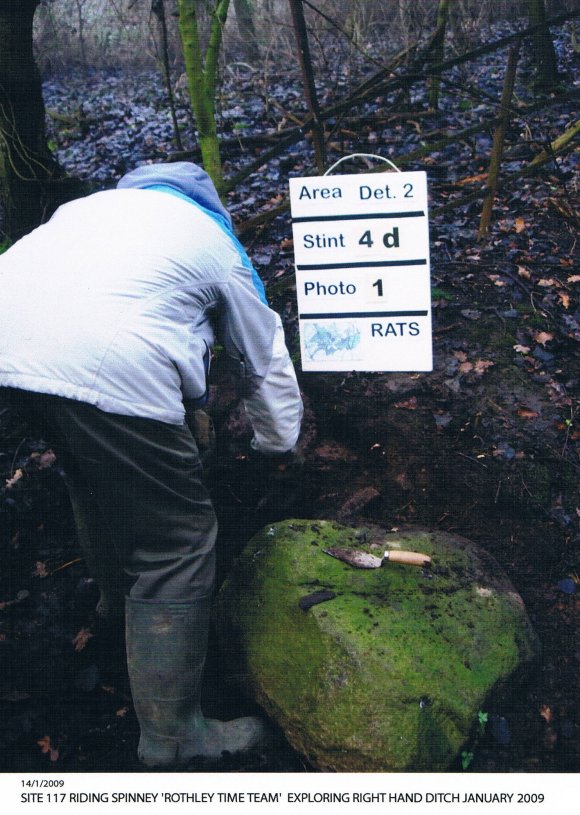 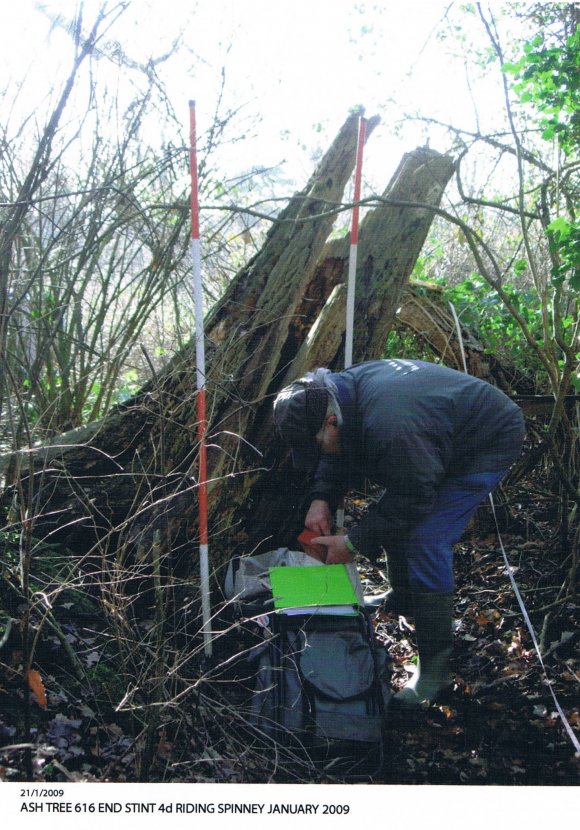 To go to the next Stint please click on the following link: