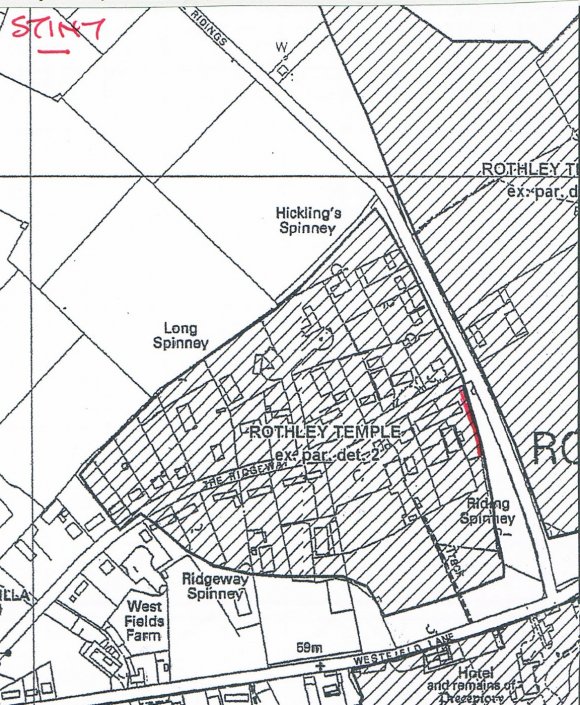 The starting OS reference for this stint is not the exact end of Stint 1 as the actual road has not been included. This stint therefore starts at the front garden boundary of 47 The Ridgeway.

The whole of Stint 2 runs for 99 metres instead of 120 as Stint 2d ends at the summer house before the ancient boundary runs into Riding Spinney which is also owned by Mr and Mrs Joyce.

As you begin this stint there is a good starting line of 3 old individual hawthorns and one stump just by the side of the electricity sub-station. This type of individual hawthorn is a feature of this ancient boundary. Because of landscaping to the gardens there is no evidence of a ditch but it is clear to see from old trees where the line used to be. According to the owner there was a stone road down this line which ran to a now demolished piggery.

In Stint 1a there is a good Ash with a girth of 2.3 metres which has been recorded as Tree 612 in the Ancient Tree Survey.

Stint 2b is ornamental lawn with recently planted trees and shrubs and 2c is similar but with a good Oak with a girth of 3m which has been recorded as Tree 613 in the Ancient Tree Survey. This Oak is maintained by the owners.

Stint 2d runs for 9metres, as it finishes by the summerhouse at the end of the garden and beyond this is Riding Spinney. This point is the site of the demolished piggery. 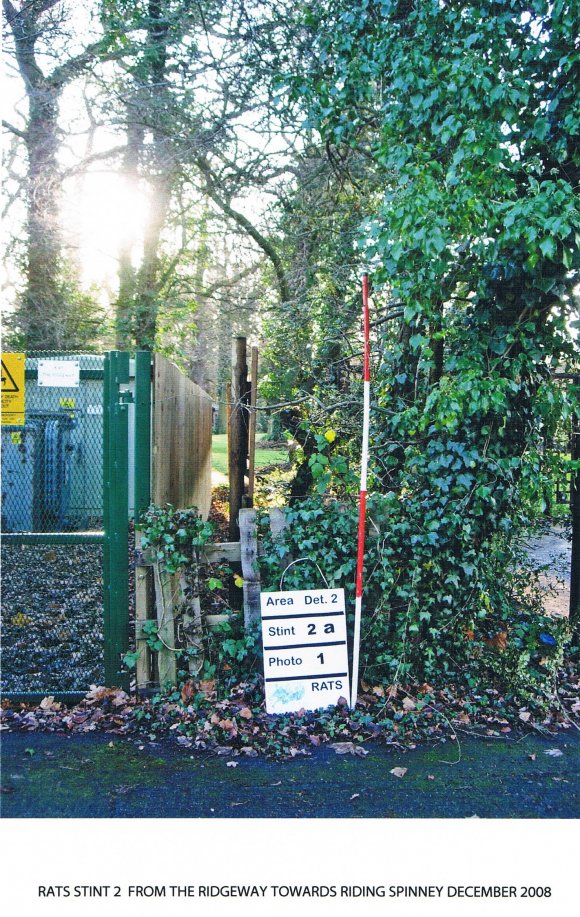 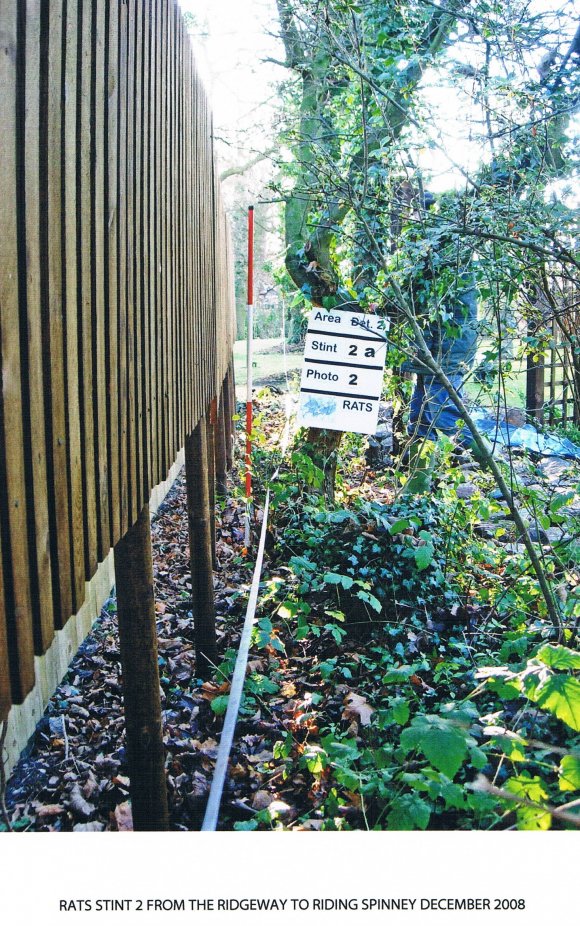 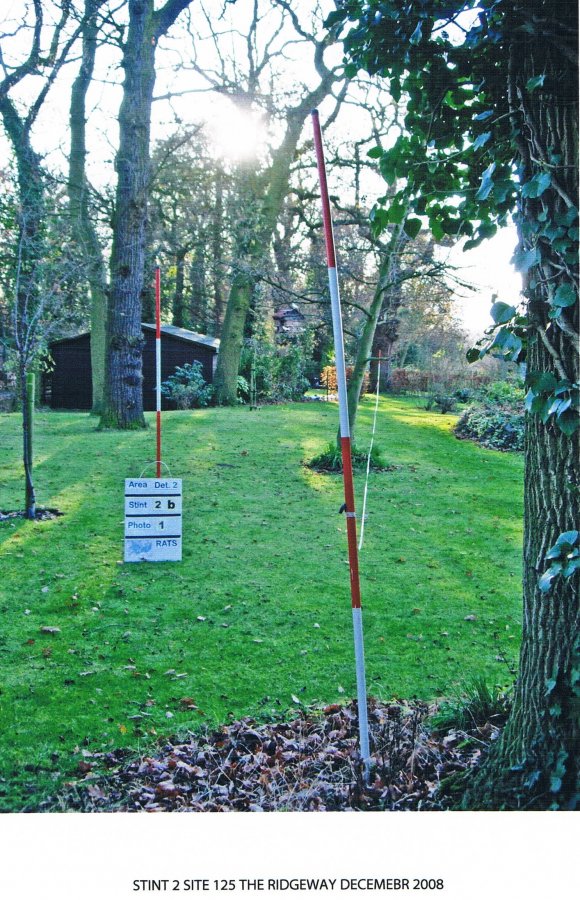 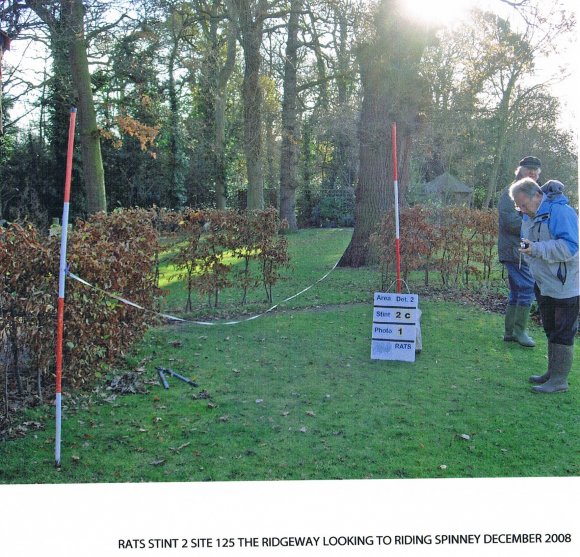 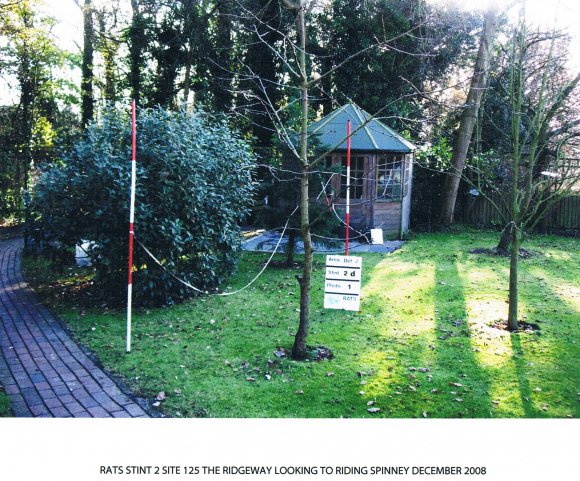 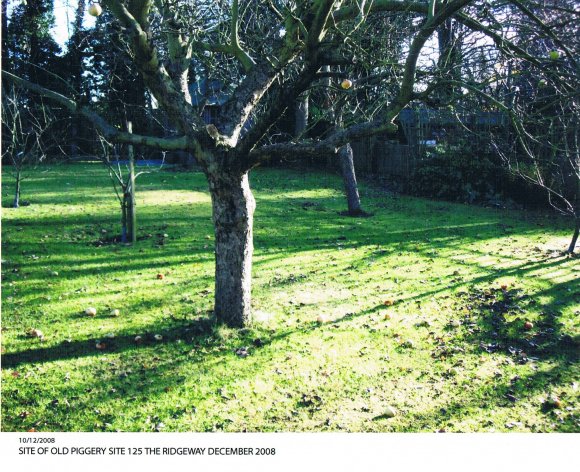 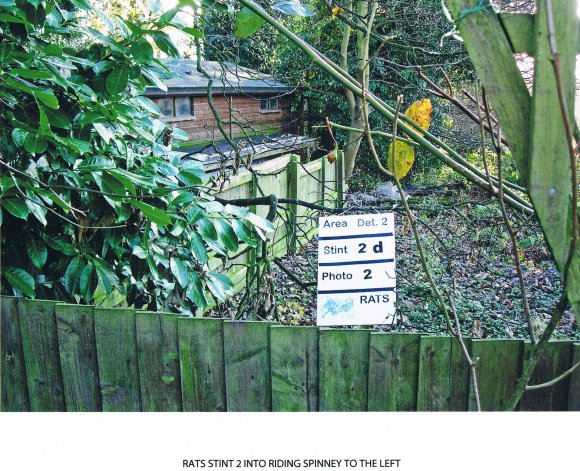 To go to Stint 3 please click on the following link: