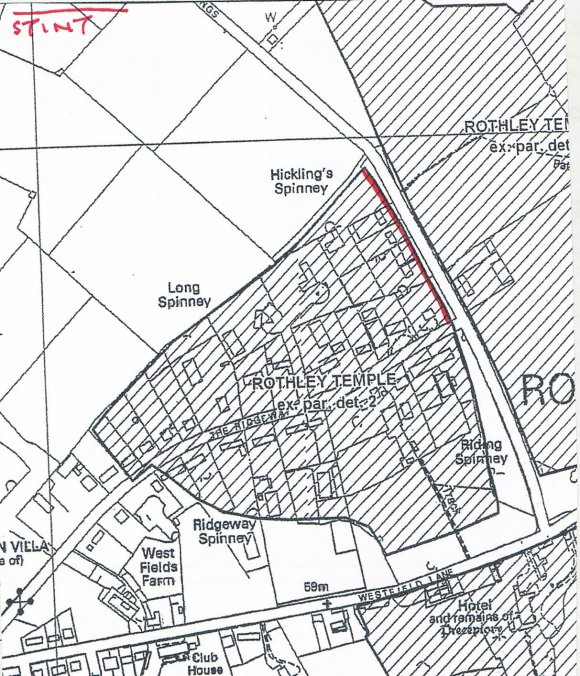 Our first day out in the field.

We started in Hickling's Spinney, showing as Pool Spinney in the 1842 map as there is a pond in the corner (Pond 45), so our first stint is at the point where the pond stops and the ditch begins.

It is quite a shallow ditch but still we were still able to locate its course through the spinney until we came to the boundary hedgerow with 34 The Ridings where it had been landscaped out. The ditch was rather overgrown with snowberry, a very invasive shrub in most of spinneys in Rothley, especially in this area around The Temple.

It was difficult for me to decide if there was really a hedgerow along this ditch as the spinney had encroached to the point where it was a case of is this original boundary planting or later spinney planting. However, it was interesting to see a spinney with so many Limes as well as Oaks and a few hawthorns here and there. A Hedgerow Survey Form will be completed as this is done for all stints but accuracy of dating will not be possible using Hooper's Rule but done from historical records.

We completed a full Stint 1A and 17 metres of Stint 1B ending in an overgrown Wild Privet next to the boundary of 34 The Ridings.

We called on the owner of 30 The Ridings but there was again no sign of the ditch. However, there is a lovely Oak where the boundary could be and this has a girth of 4.4m and recorded as Tree 611 in the Ancient Tree Survey.

We had to record this end part of The Ridings to The Ridgeway boundary as eroded by landscaping but where the boundary would have been crossing The Ridgeway there is another Oak which is Tree 187 in the hedgerow of The Coppice. We have ended this Stint 1 by this tree at SK57585 12732 and called this Stint 1d. 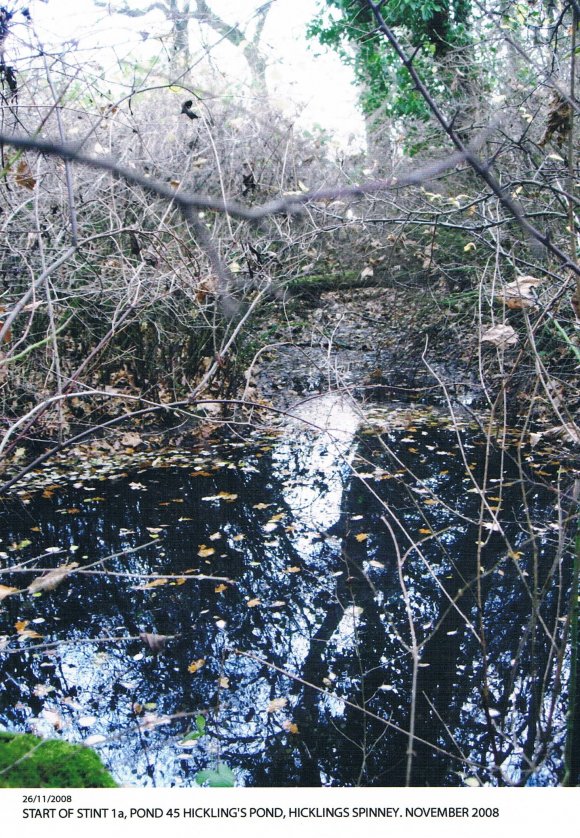 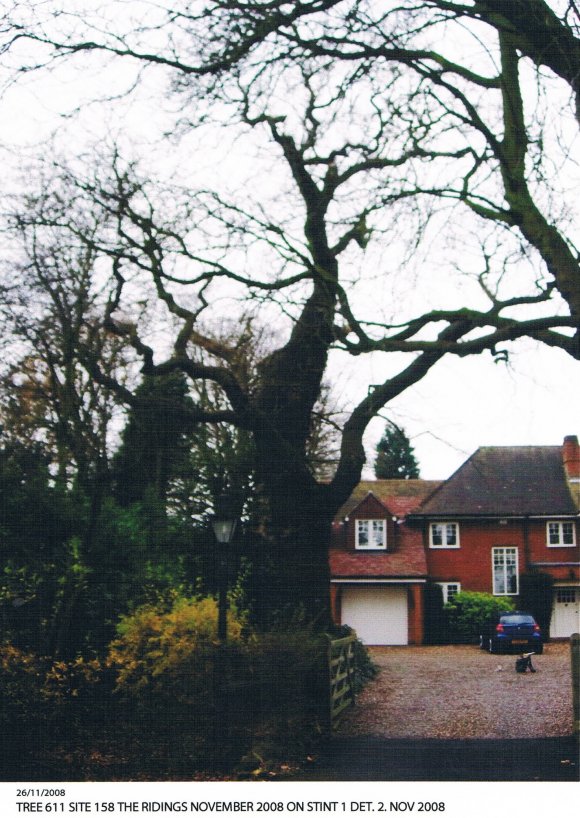 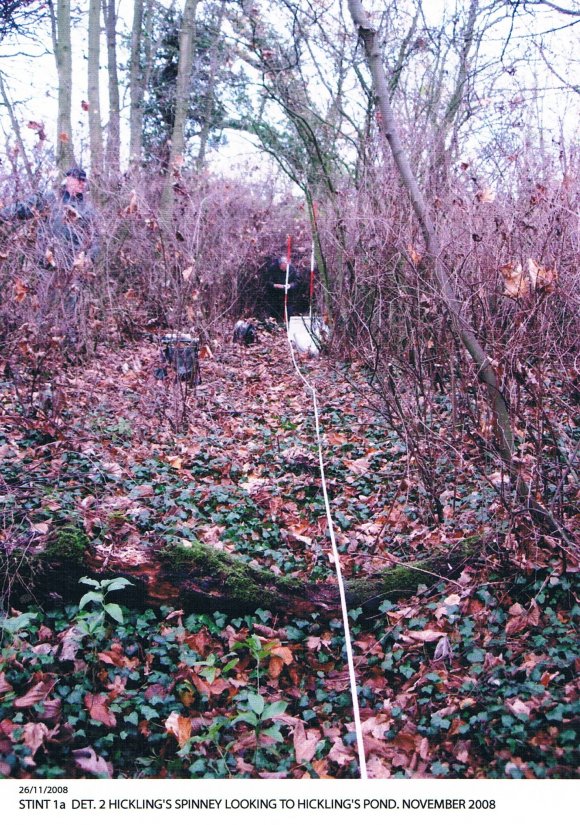 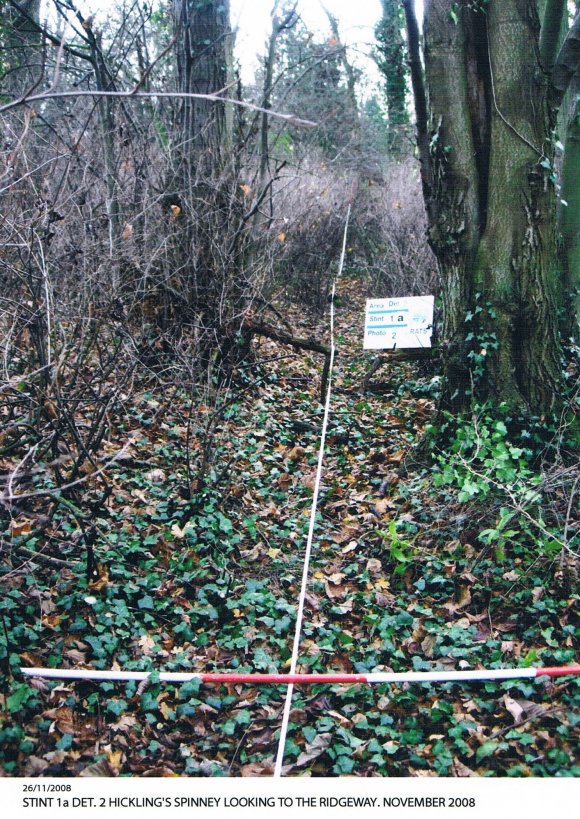 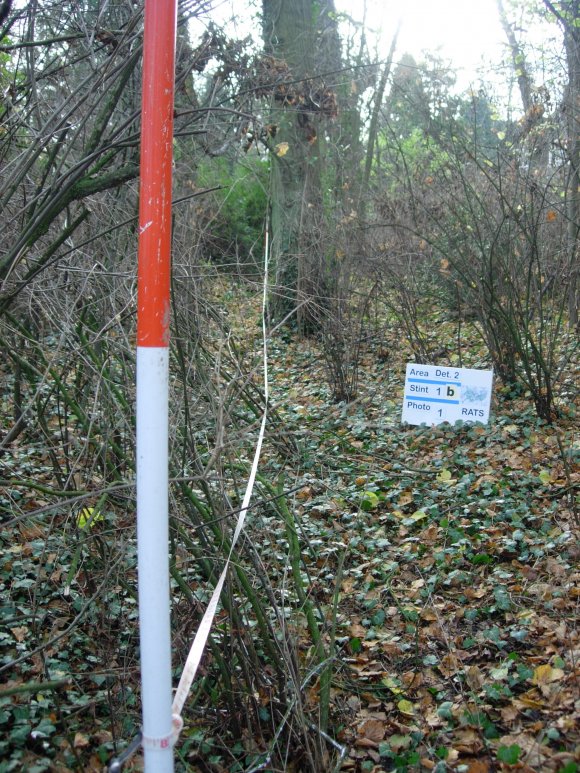 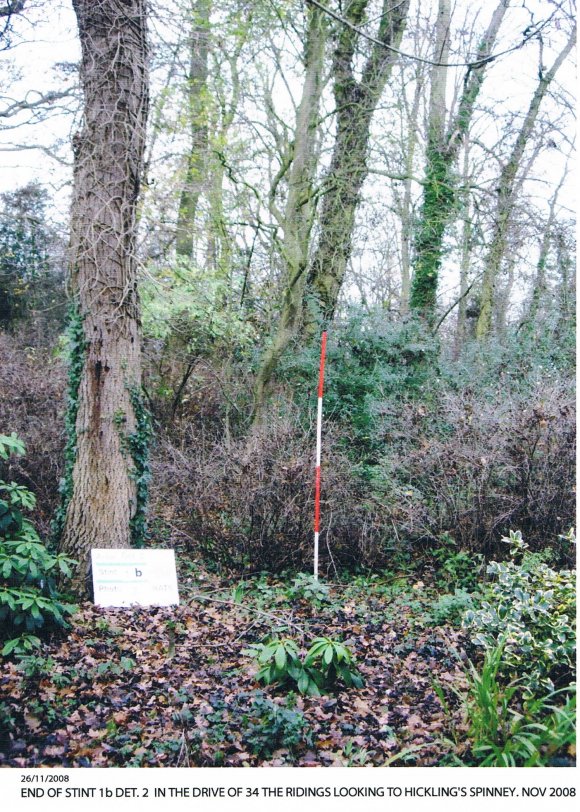 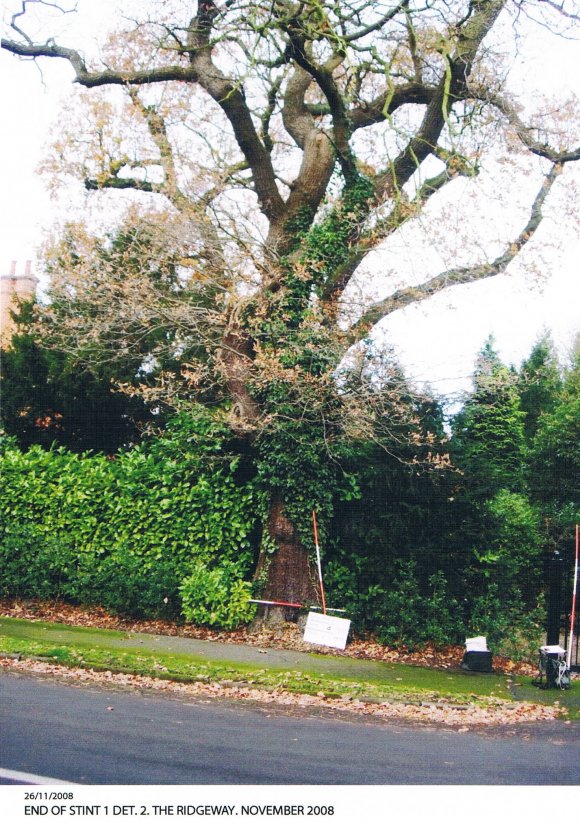 To go to Stint 2 please click on the following link: