Memories of the Woodman's Stroke

Do you have any memories about the Woodmans Stroke or any old building in Rothley? Fred Collins has started off this project with a few of his memories about his Uncle Bill and Auntie Nell. At the time of writing this in 2010 Fred is aged 92 so his memories really do go back to these early years of the 1920's

Memories of Rothley by Fred Collins 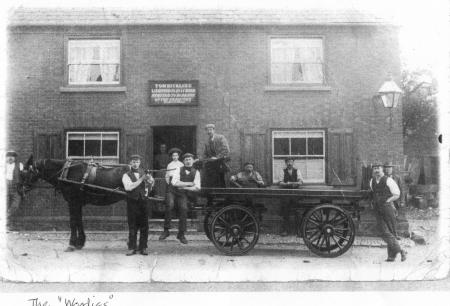 When I was a lad I spent most of my summer holidays with my Aunt Nell and Uncle Bill Noon who lived in Rothley. Their house was on the Mountsorrel Lane opposite the tennis courts. It was double bayed and there was a very large garden and orchard, stables ran along one side. I soon made friends with the local children and our playground was the field near the tennis court.

Aunt Nell had a friend, Mrs Sleath, who lived in Mountsorrel. I don't know if she was related to the building firm of Sleaths of Rothley though. My Uncle Bill worked in Leicester in the shoe trade. When he retired he and Aunt Nell took over the Woodmans Stroke, a quaint old pub near the village church. When I first went in I was surprised. There were two steps down into a little room to where there were barrels of beer on thralls. Aunt Nell used to go down with a big jug and then went round to the customers and filled up their glasses. There was a rumour that at closing time the village policeman used to go round for a drink. At the weekends my Mother and Father used to come, my Mother used to help with the serving.

As I grew older my visits to Rothley were less frequent as I had other interests. My last visit to the Woodmans Stroke was after the war when I took my wife. It was just the same, nothing had changed 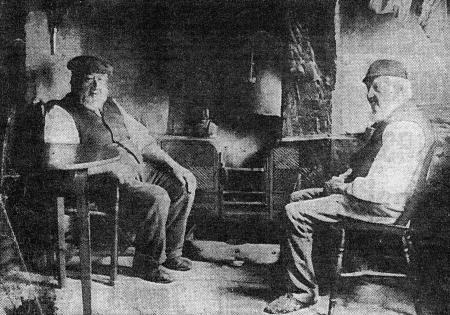 This would be in the early 1900's when the Hickling family owned it. In 1904 Tom Hickling is listed as a Wheelwright and Beer Retailer, William Hickling as a Butcher and Grocer and James Hickling a Tailor. The top picture was also taken at that time when it was the local Undertakers as well as a public house. The coffins were made at the back of the building and the front room, bottom right, was used as the Chapel of Rest. 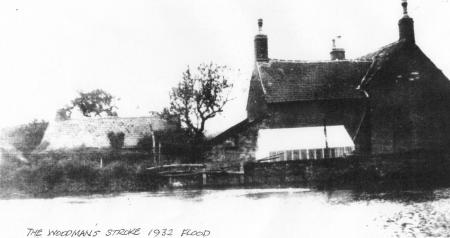 The Woodman's Stroke surrounded by flood water in 1932