The terrace of four Memorial Cottages in North Street were built by Frank Sleath after the Great War. The building of the Memorial Cottages would most likely be in memory of his son, Private 45922 Charles Sleath, who died on the 5th June 1918 in the Northern General Hospital and buried in Rothley Cemetery.

He commissioned a large stone plaque in honour of all Rothley's fallen and this was set into the brickwork in the centre of the terrace in its own gable end. 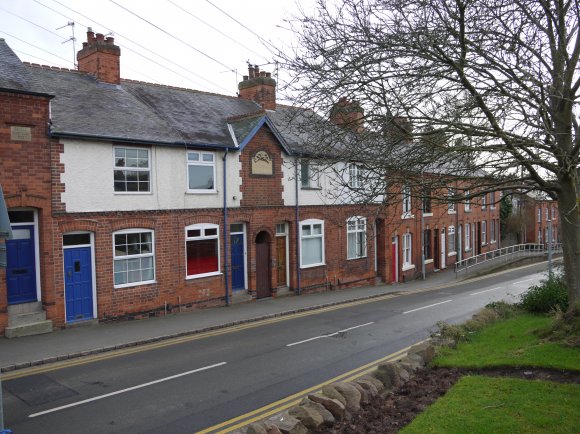 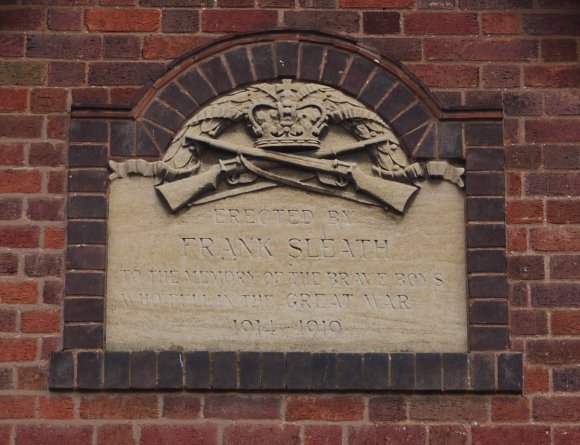 TO THE MEMORY OF THE BRAVE BOYS

WHO FELL IN THE GREAT WAR

To find out more about Frank's son Charles Sleath please click on the following link: