MAMMALS AT THE GRANGE

With large lawned areas and a woodland it is good habitat for mammals, especially Foxes and Badgers. Squirrels are always raiding the bird feeders but they also have access to acorns. There are no hedgehogs as there are badgers on the site and they cannot co-exist as they become badger food.

Bats are regularly seen but cannot be identified without a bat detector. A bat box was put up in 2013 but not known if used.

Foxes can be heard during the hours of darkness and in 2013 their den was behind the yew hedge at the back of Clare Court. It is always lovely to see their cubs at play and they raised a good family that year. 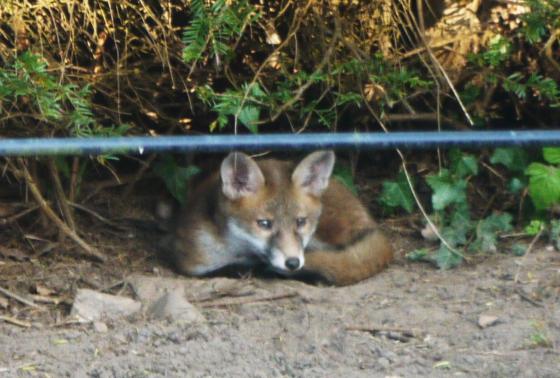 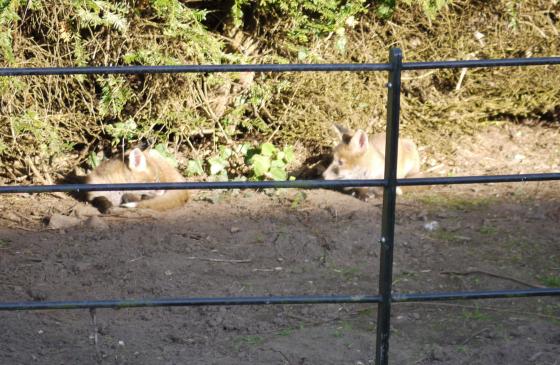 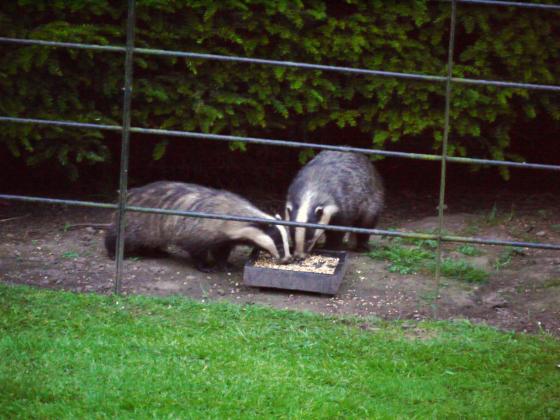 Badgers enjoying the bird seed in June 2014. Up to five have been seen this year. 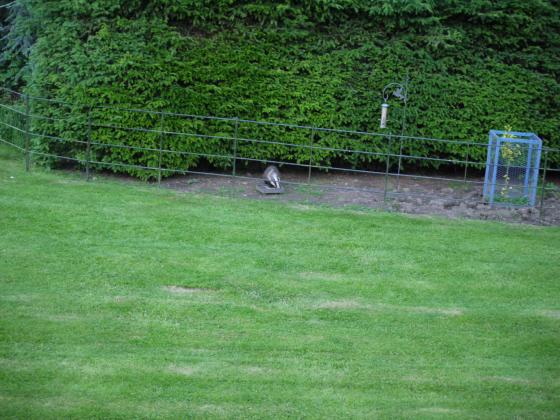 View of the badger from my window in Clare Court. June 2014 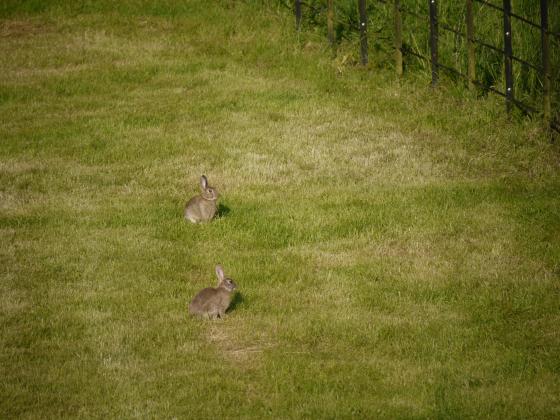 Rabbits make themselves at home in the adjoining woodland area. June 2013 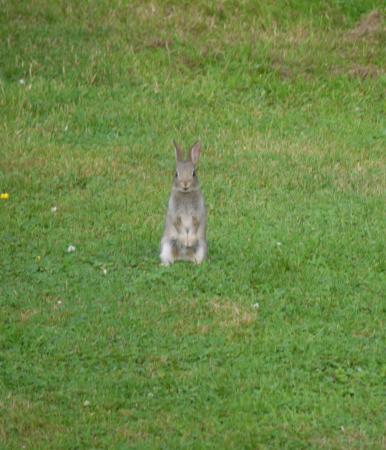 Rabbits can be very inquisitive! July 2013 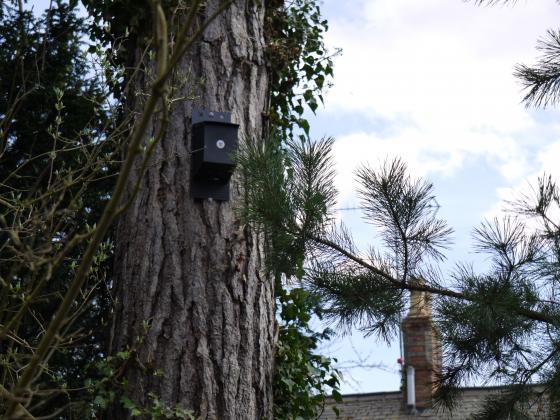 Bats are regularly seen around the gardens so a Bat Box was put up in early 2013. 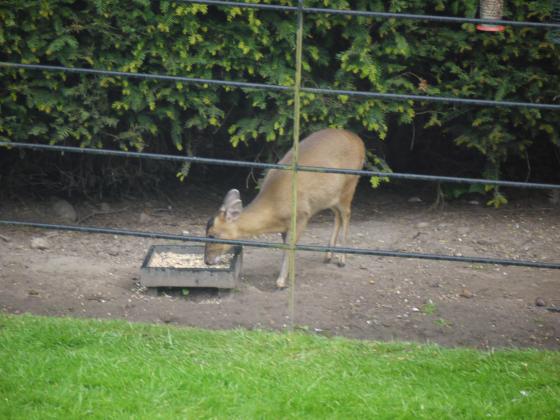 Muntjac Deer at the ground feeder on 1st June 2015 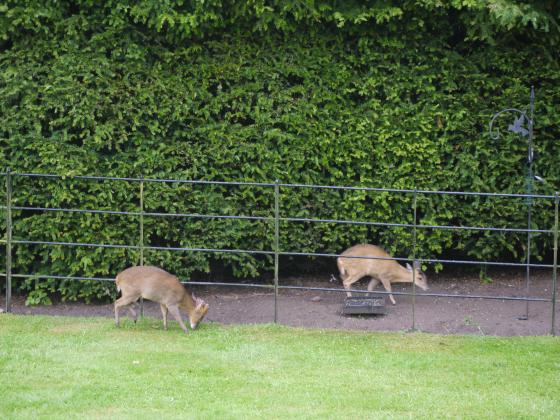 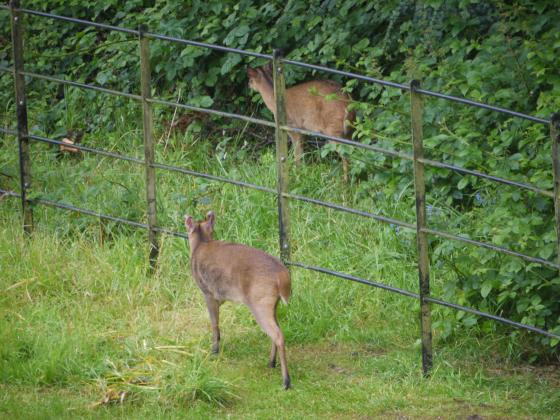 They are eating the young brambles. 13th June 2015

To return to Wildlife at The Grange please click on the link: