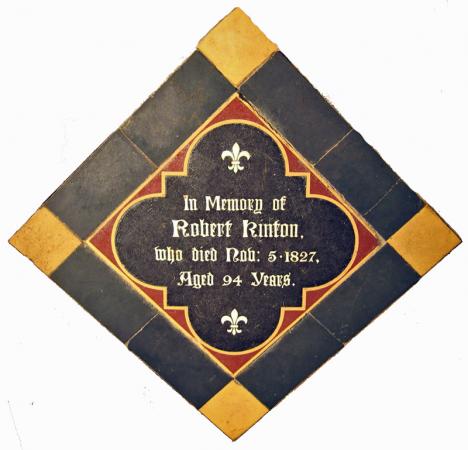 Robert Kinton was born in Rothley way back in 1733. He held the office of Churchwarden in 1773. Buried in the churchyard where he is also commemorated, his headstone declaring that he departed this life in the year MDCCCXXVII. He does not appear as a person being awarded land under the 1782 Enclosure Act. 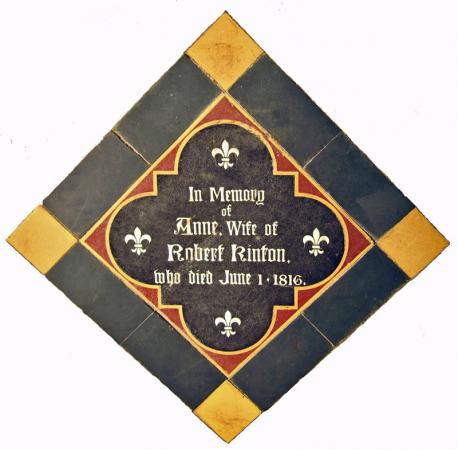 Ann Newbold was born in 1739 and married Robert Kinton at Rothley on 29 June 1765. Ann's remains lie with her husband in the churchyard, where the headstone records that she resigned this mortal life, aged 77. One of their children was born in 1775, and given her name, Newbold Kinton, who developed his life in London, marrying Ann Collings in 1810 at St Martin in the Fields. 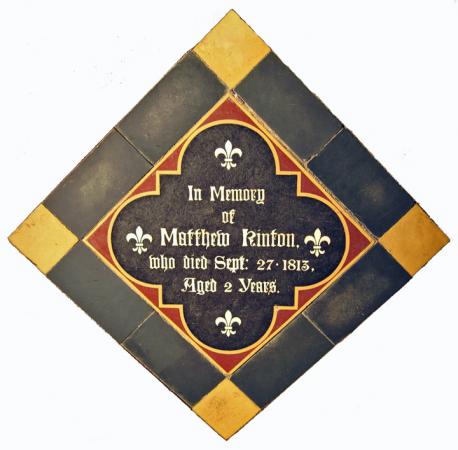 Matthew was Newbold & Ann's first child, christened at St Andrew's Holborn on 5 Oct 1811. He died at Rothley and is buried in the churchyard. A very sad thing to happen on a visit to show the new grandchild to his grandparents. The headstone records that Matthew's London home was in Lambs Conduit Street. 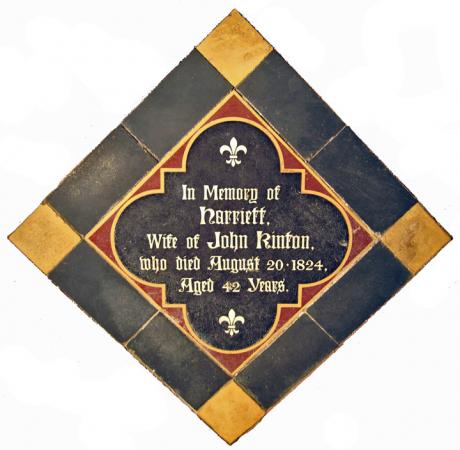 Another Kinton son, John, was born in Rothley, marrying a Rothley girl, Harriett, in 1801. This Harriett's remains lie in the same grave as the little Matthew of the previous tile. The Burial Register records that Harriett's normal abode was Haylesbury in Wiltshire, which probably means she was visiting Rothley when she died. Perhaps she had come to see her father-in-law Robert at 90.