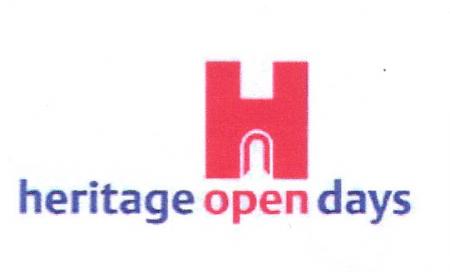 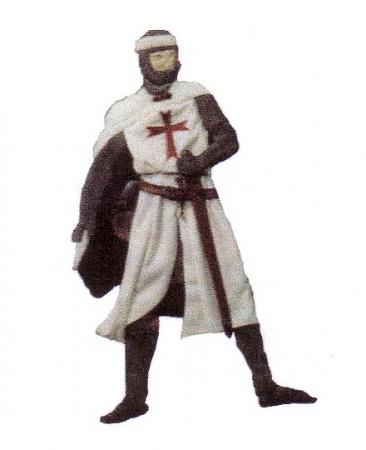 The Rothley Heritage Team is planning to open three venues in the village as part of our heritage work in the parish. Brian Verity, Terry Sheppard and Marion Vincent have attended a training day at Worcester to learn about this annual project organised by The Civic Trust and English Heritage.

Thousands of fascinating properties across England (excluding London) will be opening their doors free of charge on Heritage Open Days. Events can cover four days from the 7th-10th September 2006 and we have chosen Sunday 10th September to open in Rothley.

THIS SITE HAS BEEN RETAINED AS PART OF THE HISTORY OF ROTHLEY.

Three venues were chosen as follows:- 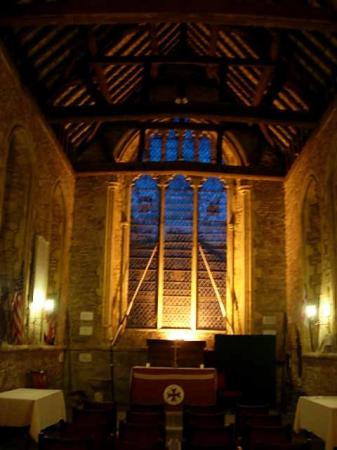 OPEN ON SUNDAY 10TH SEPTEMBER 2006 FROM 10.30AM-5.00PM The above photograph was taken on the evening of Saturday 9th September 2006, a very peaceful setting for a Heritage Open Day 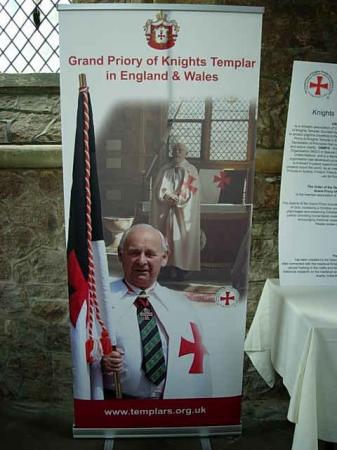 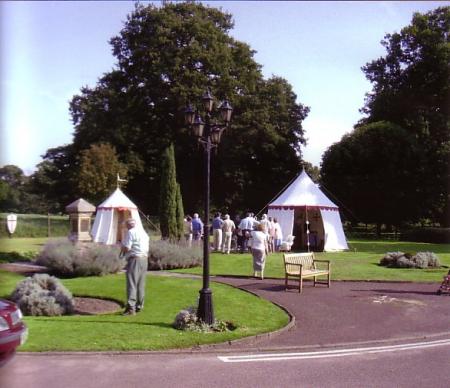 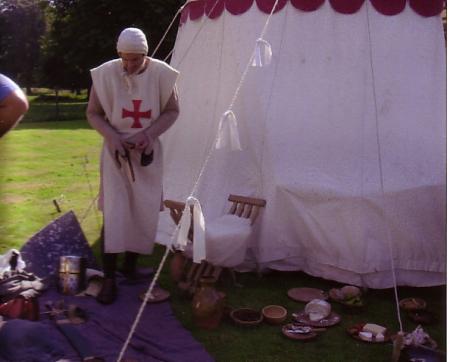 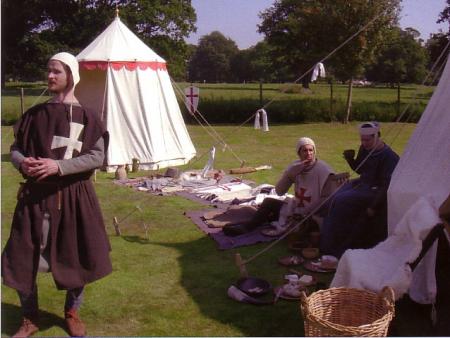 Richard Knox and Group 1265 were taking the roles of the knights and visitors were amazed at the weight of the garments worn. 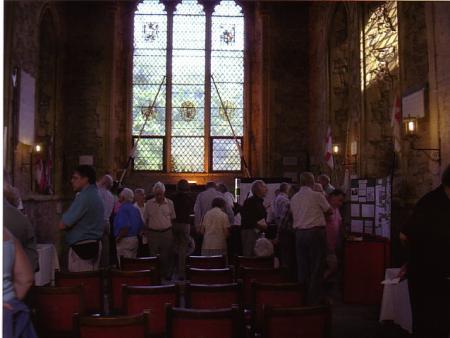 The chapel attracted 846 visitors on the day and was a huge success. Many of them came from the surrounding villages and much further afield as well as a high number from the village. The most distant visitor came from New Zealand but there were two from Australia and one from Oklahoma USA.

To find out more about the Chapel of the Knights Templar please click on the following link:

Dedicated to St. Mary and St. John this Norman/Mediaeval Parish Church and Churchyard has many interesting features including a rare 15th century Will on a stone slab.

At 4.30pm the Anti-Slavery Sermon from 1788 was preached by the Rev. Rob Gladstone.
A Quiz Trail was enjoyed by the younger generation and each participant received a 'fridge magnet with the Knights Templar logo.

The Tapestry of the History of Rothley is a permanent feature in the church and further information can be found about this by clicking on the link below:

Rothley Parish Church can be accessed from Church Street or School Street with free parking on Victoria Mills, Fowke Street.

For further information about the Church click on the following link:

The National School was started in 1837 with a Goddard extension in 1871.
There was an exhibition of the history of the school and many former pupils enjoyed reminiscing about their time there and their teachers.
All this took place whilst enjoying a cream tea.

There was a special event for young people by the Young Archaeologists Club (YAC's) including a local walk and information boards.

ALL INFORMATION ABOUT OUR HODS DAY HAS BEEN RETAINED AS A RECORD OF A VERY INTERESTING EVENT IN OUR VILLAGE HISTORY IN 2006.

THE EVENT WAS ORGANISED BY BRIAN VERITY, ARCHAEOLOGICAL WARDEN FOR ROTHLEY, MARION VINCENT, NATURAL HISTORY HERITAGE WARDEN FOR ROTHLEY AND TERRY SHEPPARD, HISTORIAN OF ROTHLEY.
We were grateful for financial support from Old English Inns, the Rothley History Society and the Grand Priory of the Knights Templar. Also thanks to the team of the Community Heritage Initiative based at Holly Hayes in Birstall for their support with materials and displays.

To learn about Heritage Open Days in Rothley in 2009 and 2012 please click on the links: