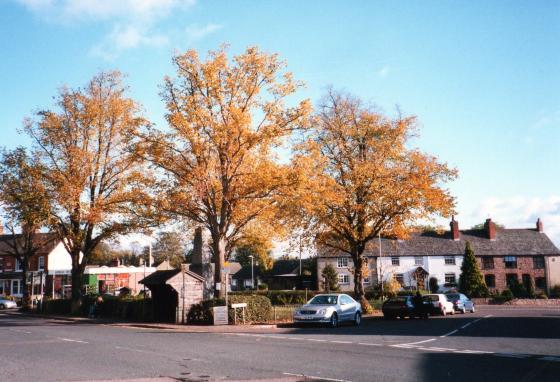 Rothley has two village 'greens' with one being called Town Green at the far end of Town Green Street and Cross Green in the heart of the village.

In 2003 Cross Green underwent major reconstruction, despite many objections from local people, and the result was a very pleasant place to sit and really opened up what had become rather a dark and uninviting area. It opened up the War Memorial but still provided a surrounding area to retain its dignity.

In 2004 the newly created Cross Green was entered for a Charnwood Improvement Award but Marion decided that the weeds needed to be eliminated to stand a chance of winning. What luck when Anita spotted the action and joined in with the work. Well, here we are in 2013 still looking after Cross Green, planting bulbs, cutting back shrubs and always fresh red tulips planted annually in front of the War Memorial.

In 2005 many shrubs were replaced with the help of Ash Forrester from Brooklea Nursery and financed by Rothley Parish Council. 750 crocus were planted to give colour. Bulbs have been planted annually since then and the addition of hyacinths has also added lovely perfume as well as colour.

2009 saw the demolition of shrubs in the bed closest to Fowke Street when a car went out of control and ended up completely in the bed. It was decided to plant a Lime tree in place of the shrubs and this was done on February 17th 2010. However, Cross Green continued to attract out of control cars and a further mishap on Boxing Day 2009 when shrubs were torn up and a seat demolished.

Lime Trees have always featured on Cross Green and in the Rothley Parish Council Minutes dated 20th December 1901 it was proposed 'to plant 3 Lime Trees on Cross Green'. On the 15th July 2006 there were 5 Lime Trees varying in girth from 1.7m to 2.1m but no indication which ones were planted as a result of the Parish Council Minutes. There used to be 6 Lime Trees but one was removed for the siting of the War Memorial.
More young Lime Trees were planted a year or two before the reconstruction so in 2003 these trees were re-planted in the Donkey Field and thriving well in 2013. 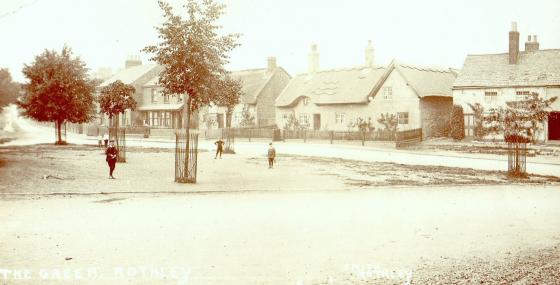 The early 1900's but the Court House has been demolished 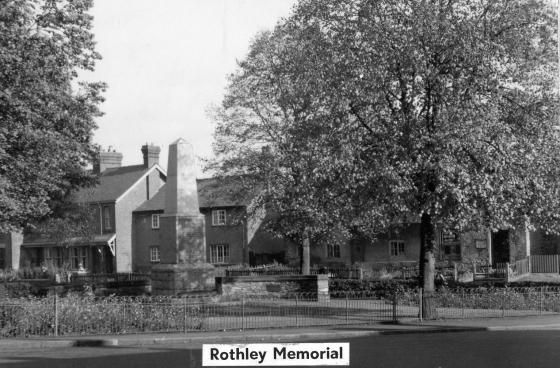 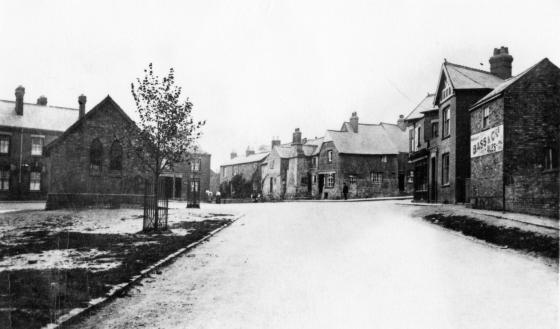 Most likely dated from the early 1900's with two Lime Trees most likely what we still see in 2013. The Court House is still standing. 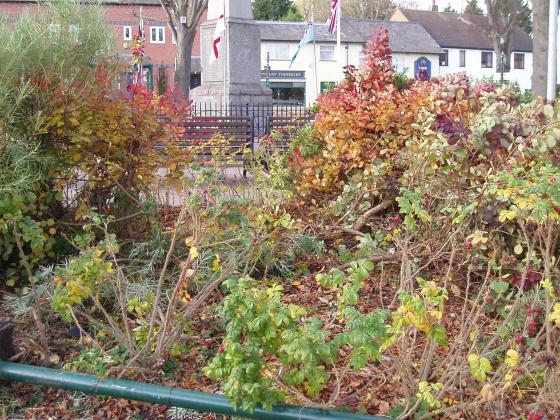 November 2009 Demolition of shrubs by an out of control vehicle. 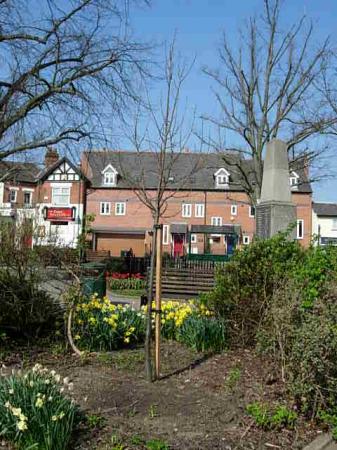 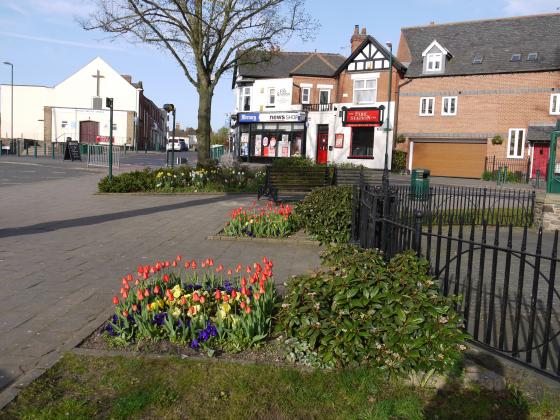 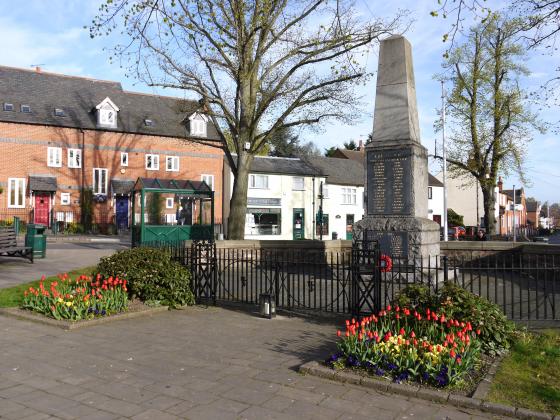 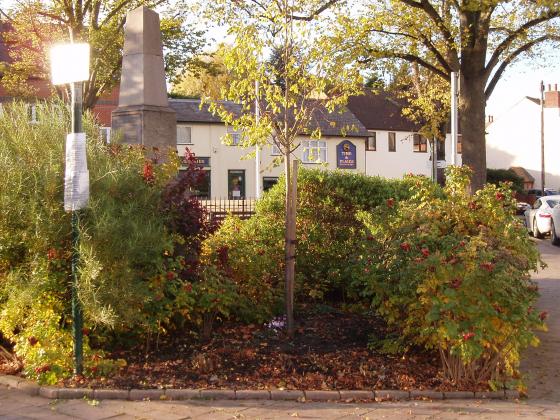 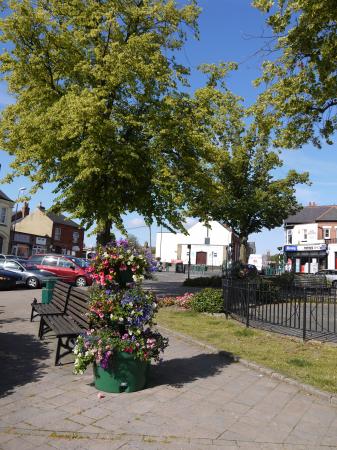 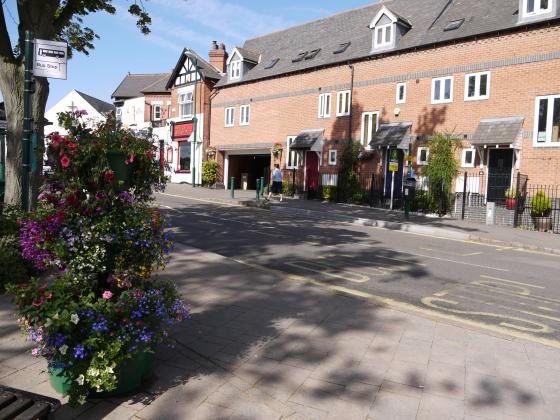 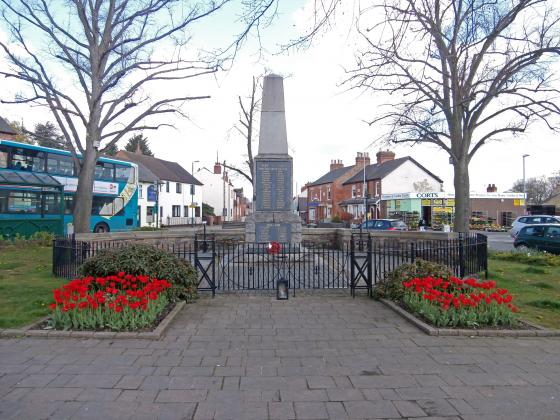 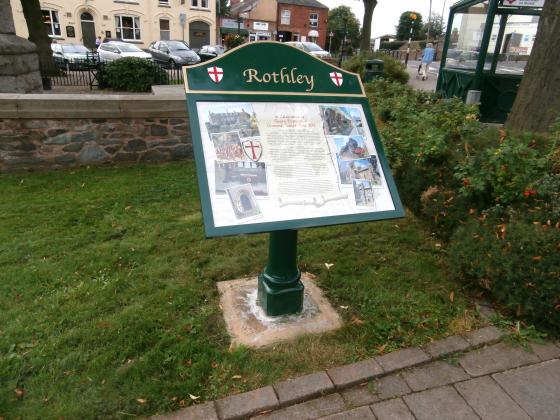 The Diamond Jubilee Lectern with the History of Rothley. August 2012 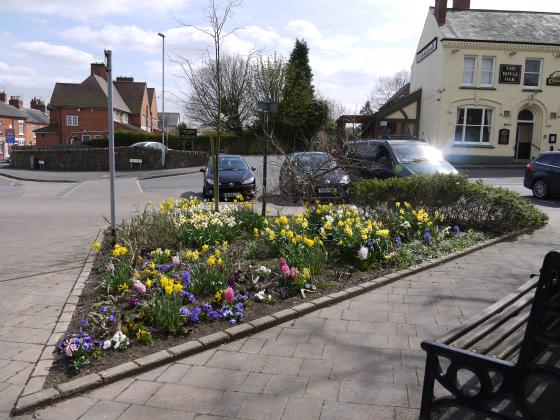 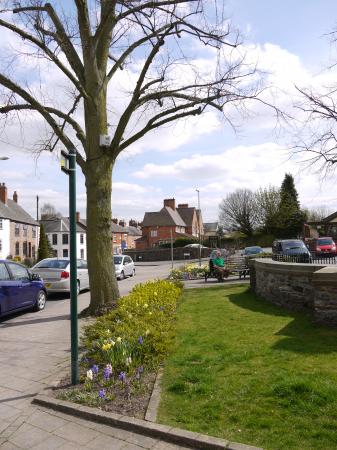 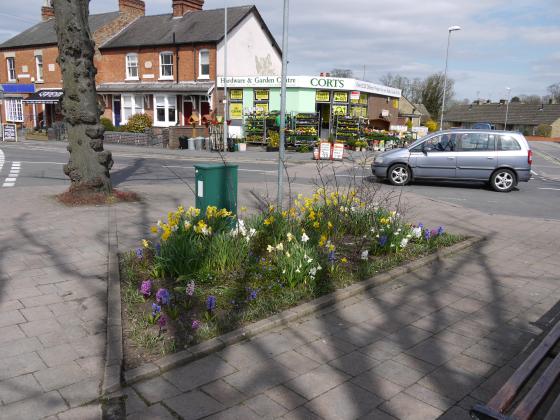 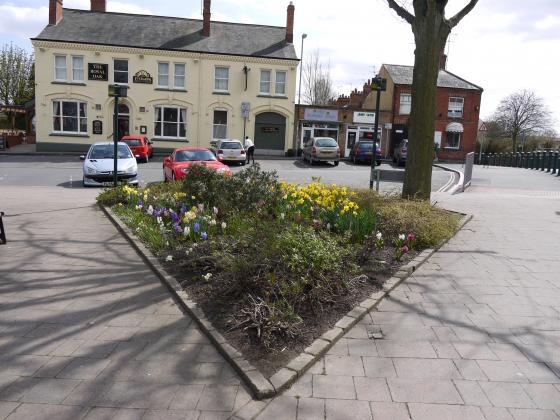 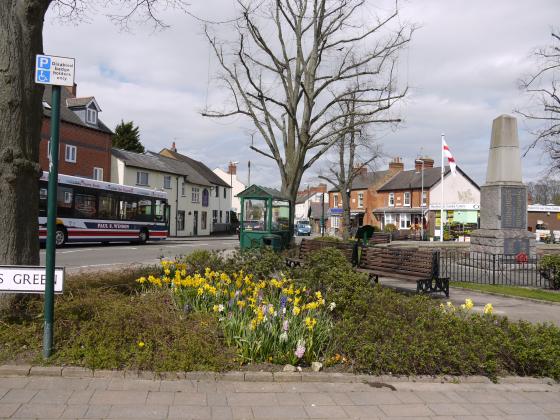 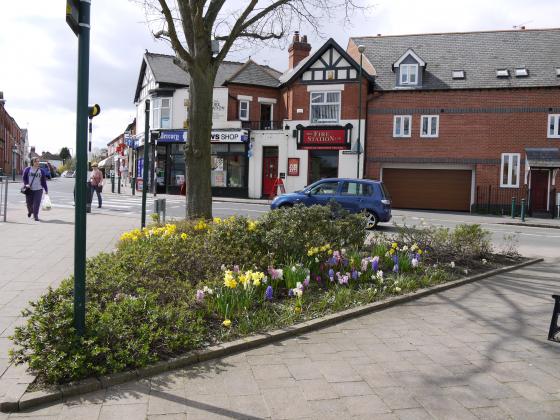 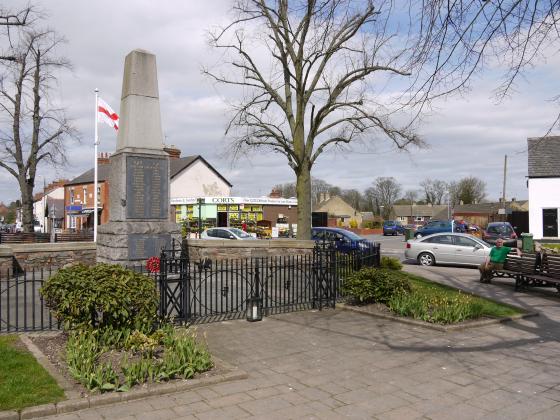 For more information about Cross Green please click on the following link:

Cross Green is looked after by Anita Armstrong, Rothley Tree Warden, and Marion Vincent, Natural History Heritage Warden. They keep the shrubs tidy and plant all the bulbs.