This development, built on the original old allotments on Loughborough Road, opposite Woodcock Farm is the first impression that you get of Rothley after accessing the village from the slip road off the by-pass. Builders are very good at landscaping to create a good impression by the show-house but these areas can soon show neglect. 'Avalon' is our newest 'Grot Spot' in 2014.

If you take a stroll along Merrtens Drive in February 2015 you will see rubbish everywhere along the verges and rows of untidy re-cycling and rubbish bins. This area is a disgrace.

In June 2014 Rothley Parish Council was asked to contact the builders for their programme of maintenance and to make immediate improvements to the landscaping. The shrub beds are badly in need of weeding and pruning, the borders are unkempt, there are many young dead trees and the grass mowings are not collected. Altogether, this is a disgrace to our village. 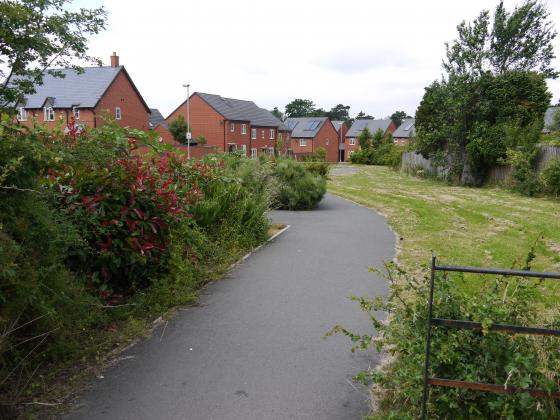 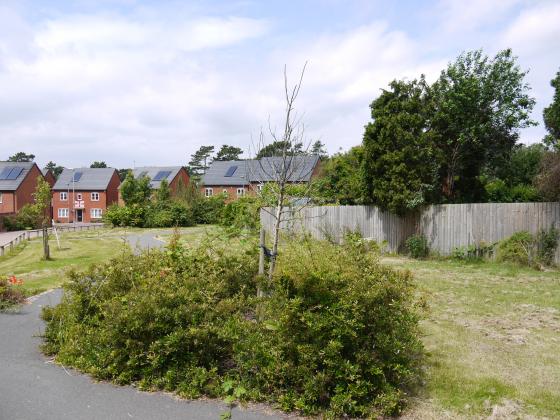 Dead trees as you enter from Loughborough Road. 3rd July 2014 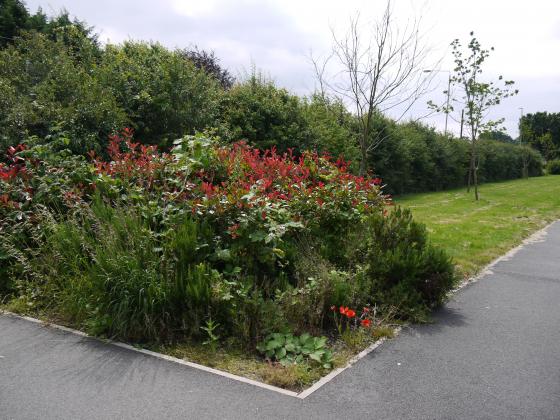 More dead trees as you enter from Loughborough Road behind a very overgrown hedgerow. 3rd July 2014 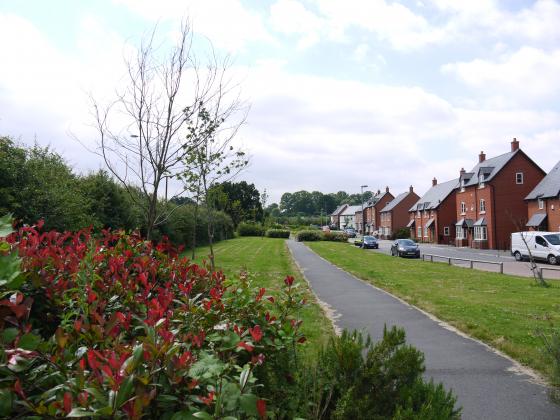 This shows just part of a very large landscaped area that needs constant attention now and into the future. 3rd July 2014 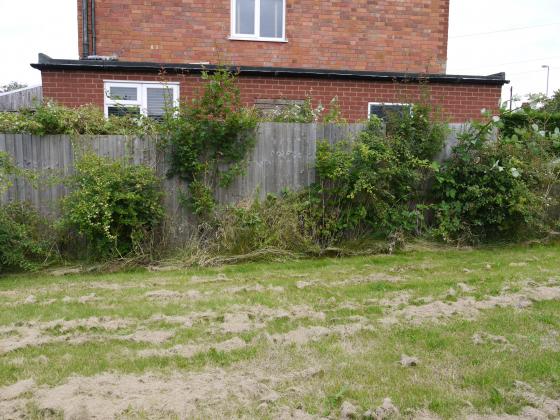 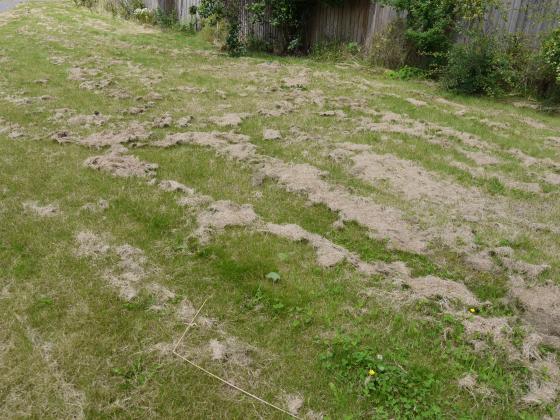 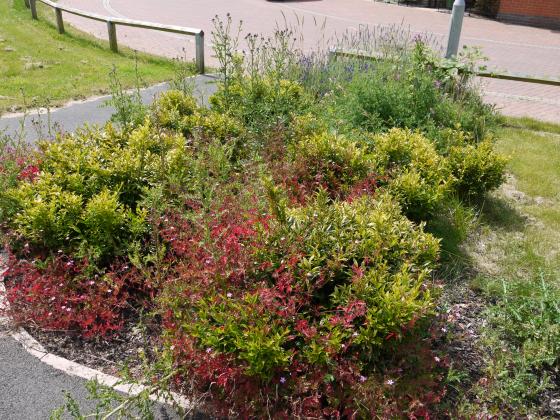 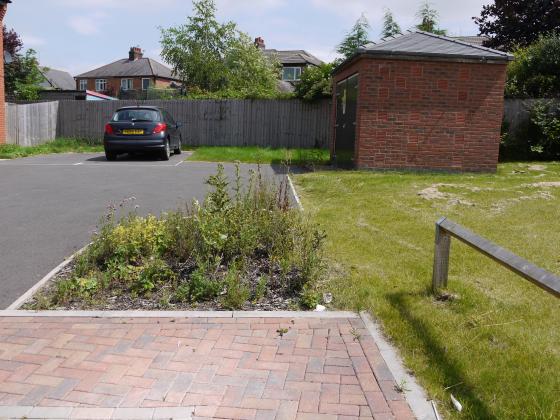 Who is going to look after this small bed on the edge of the landscaped area? 3rd July 2014 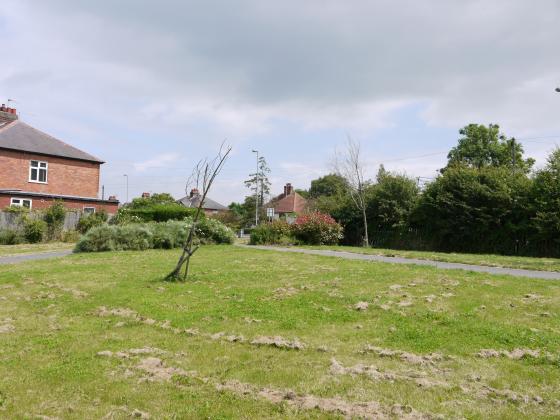 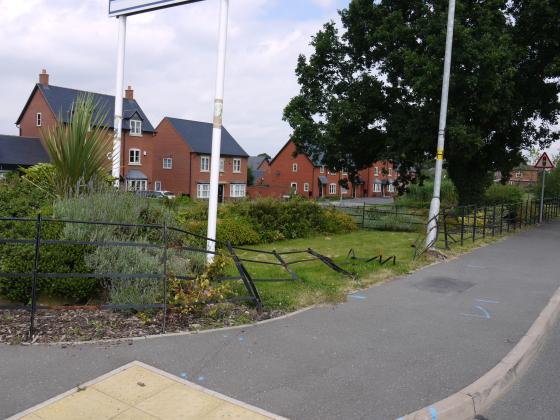 How long will we wait for this accident to be tidied up? 3rd July 2014?
It did get done late in 2014 after complaints to Charnwood Borough Council.

Thanks to the Enforcement Team at Charnwood Borough Council action has been taken by Charles Church and the beds have been tidied, the railings mended and the site has improved, although not everywhere. A visit in the spring of 2015 will reveal the success of the complaint and the improvements to landscaping, including the perimeters of the site. 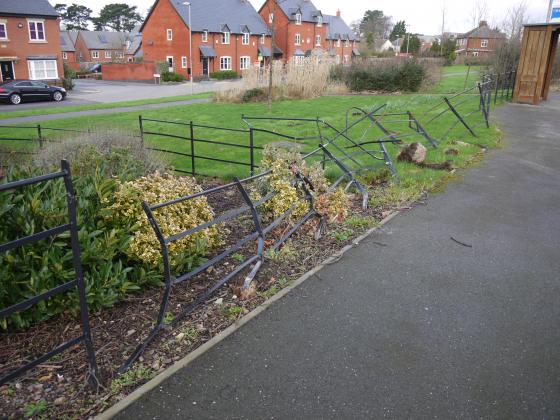 In January 2016 yet another crash into the railings. How long will this damage take to repair. Not a good visual approach to Rothley. February 2016 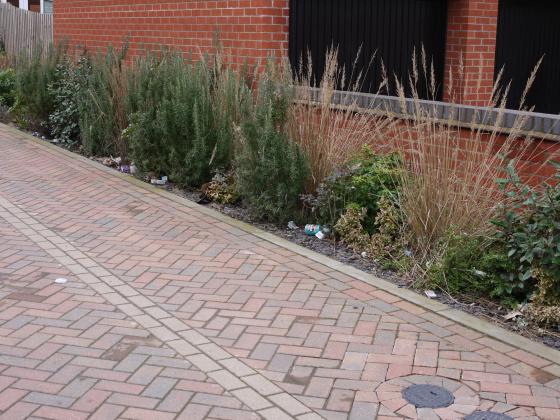 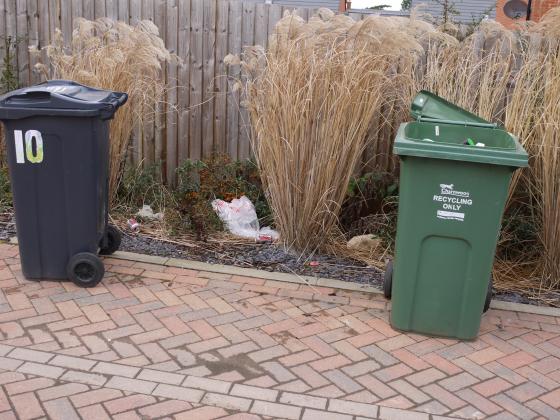 I was so appalled by the attitude of the builders who had no interest in the site apart from selling houses. Strong words were needed. 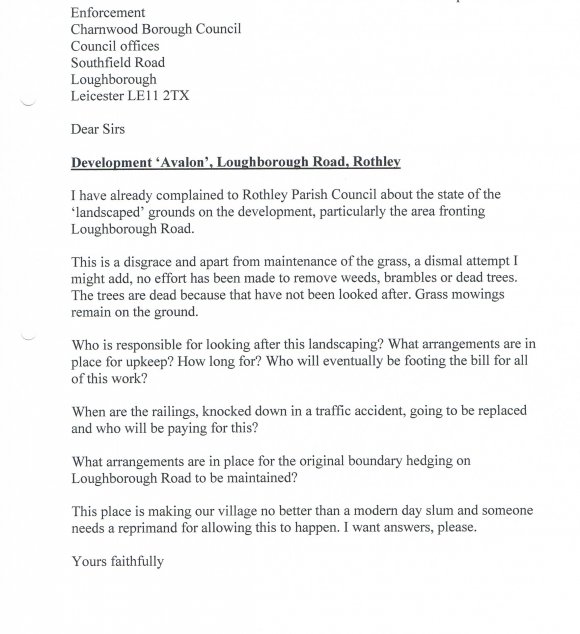 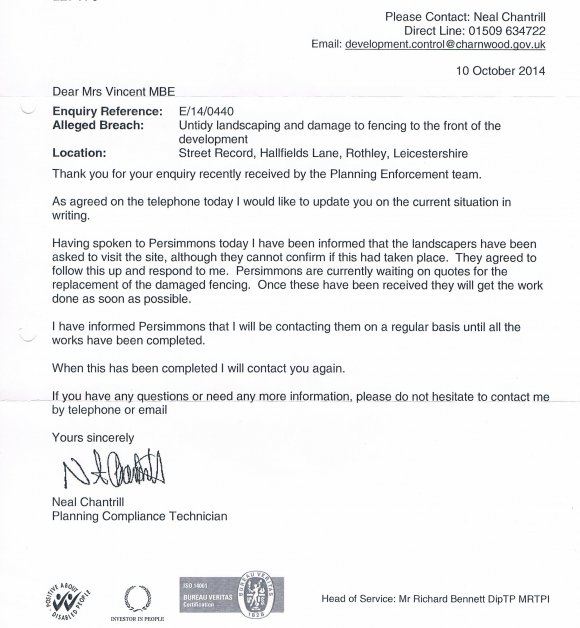 Marion and Anita took part in another Keep Britain Tidy Litter Pick which takes place every year in March. We keep it as a 'private event' so that we are not responsible for organising a group. We can decide where to do the pick so in 2017 we chose the lawned and shrubbed area of 'Avalon' fronting Loughborough.

The bags of dog dirt thrown inside the shrubbery at the pedestrian entrance from Loughborough Road were disgusting.

The shrubbed areas are just a good hiding place for bottles and cans. Planting should be done to keep shrubs low and compact but no thought is given to the dirty habits of some people and what could be done to thwart them.

Just to show you some of the results. The green kneeler is mine and helps me to get inside the shrubberies. 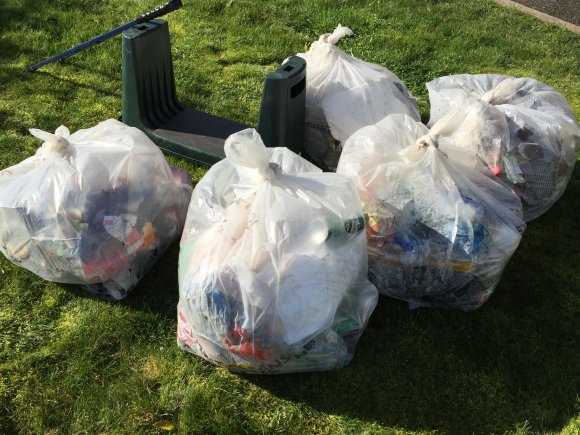 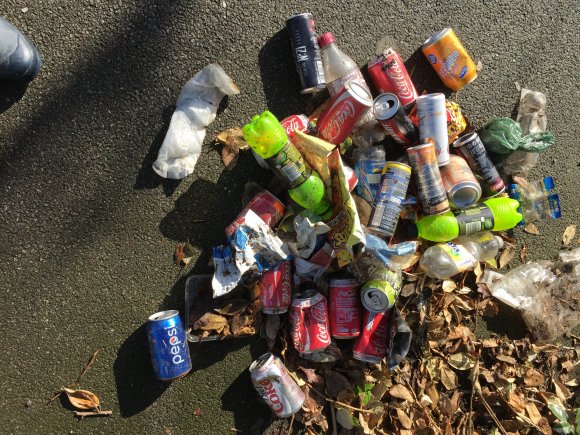 Extracting bottles and cans from a shrubbery. March 2017