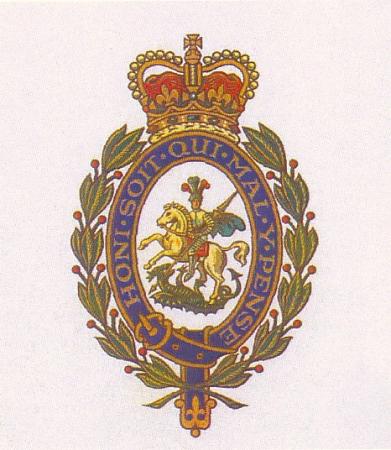 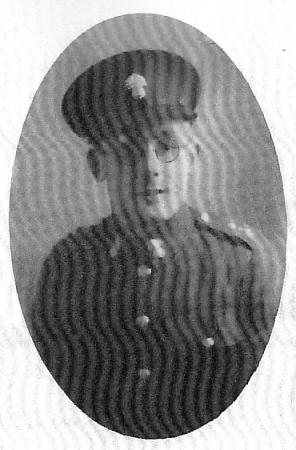 Frederick Collins was born in Leicester and has lived in Rothley for over 20 years. I got to know him from his weekly visits to the Rothley Library and talked about the book that he was writing about his war years from 1939 to 1946. On the 15th February 2007 he came into the library with a signed copy for me and gave me permission to include it on the village website.

This book will provide the older generation with many varied memories and give the younger generation an insight into the many human aspects of war that we would not think about as part of combat but essential in conflict. 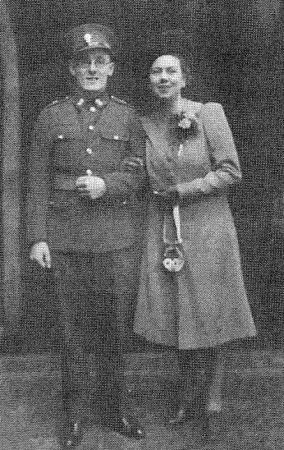 This is a year that Frederick will remember forever as he met his future wife, Dorothy, whilst on holiday in Great Yarmouth and the year war broke out.
On the 9th December he was called up and at Christmas got engaged to Dorothy.

Army service began at Buckingham Gate, London, on the 5th March 1940 and told that he was Fusilier 6468015 in the Ninth Battalion Royal Fusiliers and sent to Bognor Regis for kit and drill.

Uniforms were very hit and miss and a good deal of swopping went on in the billet to get a better fit. Civilian clothes were parcelled up, addressed and sent back home.Rifles were issued from a large barrel packed with grease followed by a lesson in polishing your boots.
24 hours after vaccinations he was in the cookhouse peeling potatoes and on night manoeuvres. Healing was not good and a spell in Bognor Regis Cottage Hospital for vaccine fever gave him two weeks respite.
It was soon back to training and catching up on lost time. For weapons training Fred went to Lydd and stayed at a holiday camp called 'Uncle Oojah's Holiday House for Children'.
Fred was now ready to march to Harbledown to join his Battalion.

This was the start of over 4 years away from home with many miles of travel in many countries. Just to see the following lists will immediately give you an idea of the travel involved. 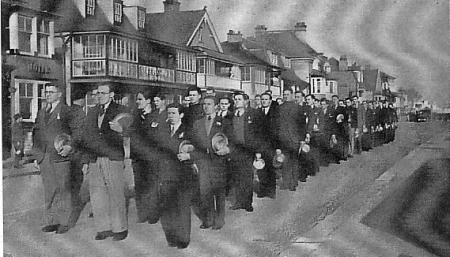 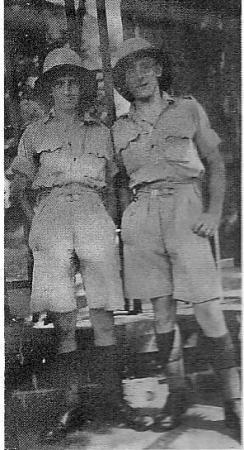 With Charlie Hancock in Bombay October 1940 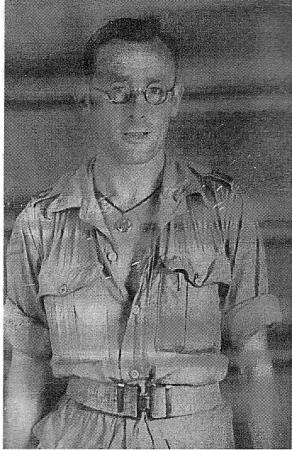 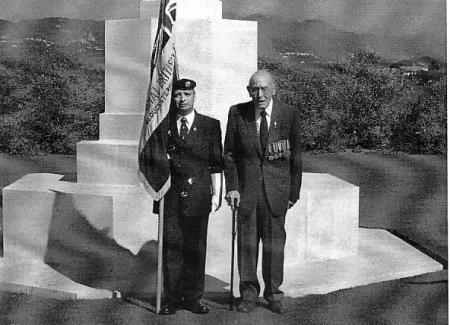 In 2005 the chance came to re-visit Salerno, Anzio and Monte Cassino with the British Legion, supported by the Lottery Veterans Pilgrimage Fund. On October 14th, with his grandson Christopher, he flew to Rome to start his tour of the areas that were full of memories. In particular, he wanted to find the grave of his mate Bill Appleton and finally succeeded in his quest in the War Cemetery at Cassino.
The photograph above was taken at a special service at Cassino where two ranks of war veterans marched to the site. The whole trip was a wonderful experience for Frederick. 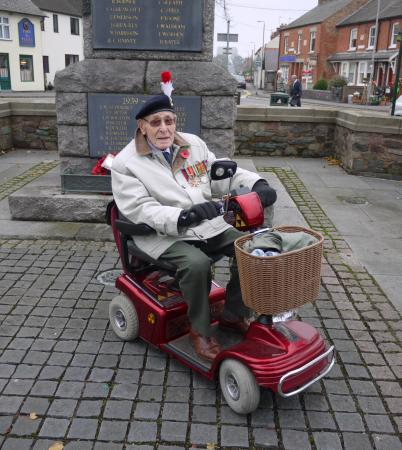 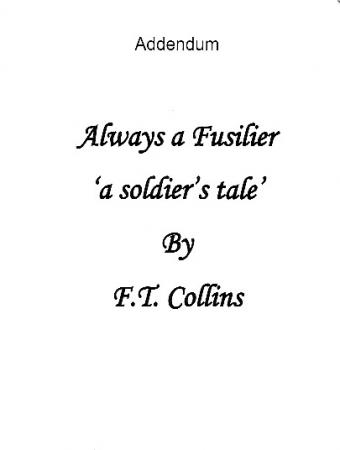 In February 2008 Fred added a few more memories after reminders from his army pals who read the book. Another enjoyable read to add to the original publication.

Finally, Frederick thanks his granddaughter Sarah for all her work on deciphering his scrawly handwriting, typing it all up and producing the book. Also his wife Dorothy and daughters Sandra and Joan for all their encouragement.
Well done, Frederick.

Frederick has donated a signed copy of his book to Rothley Library so if you would like to share his memories you will find it in the Local Studies Section.