A History and Guide to Rothley-A Great Central Country Station 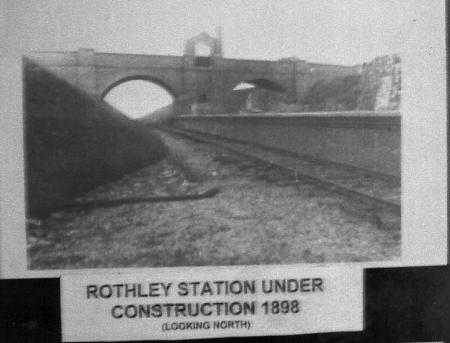 Published in 1989, this book is summed up by the Foreword:

It is now 90 years since Rothley Station first opened its doors to the public.In that time it has seen many changes and had many roles. For more than 60 years the station, its staff and the railway faithfully served the local population; it carried commuters to work and holidaymakers to the seaside, supplied coal and other goods, and took away local produce. It saw many comings and goings, especially through the two World Wars-its platform the scene for tearful farewells and joyful reunions. Then came the rise of road transport and a lessening in its role. Eventually it was closed and there were many years when trains never called, its rooms gathered dust and it was under threat of total demolition until it was rescued to be part of the new Great Central Railway.

Today, it is no longer an important part of local life. Few use it as a means of transport, although several people have had cause to be thankful for it in an emergency. Its passengers are tourists, railway enthusiasts, or simply families having a day out, enjoying the station as an authentic backdrop to the Great Central's varied collection of steam and, indeed, diesel locomotives. But that is only part of the story. Behind the scenes, there are station staff, a close group of about 20-30 people, all unpaid volunteers, who give up their free time to restore and run the station. Many have spent 10 or even 15 or more years working at what we are proud to think of as 'our' station.

This book has been prepared to put down on paper a little of the story of our station and what can be seen here for the benefit of local people and visitors alike. We hope you enjoy it.
B.K.Pollard
Station Master.