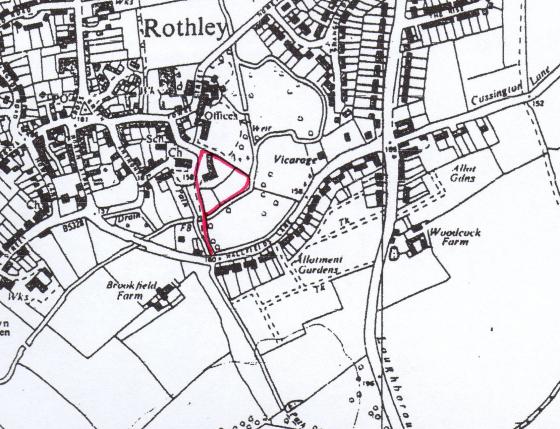 This is a very interesting building in lovely grounds. Like most old vicarages it has been changed around and was at one time a nursing home, becoming a private house once more in the mid 1960's.
The original stable block and cottages have been divided off from the main building and are now private houses.
The Old Vicarage has a frontage to Rothley Brook, another boundary with the churchyard and another to The Grange (Site 122). Beyond the Rothley Brook to the front of the Old Vicarage is Priests Meadow (Site 146).
In front of the Old Vicarage is a Ha-Ha which is shown on old maps. Part of it was flattened to make a sweep of lawn down to the brook. 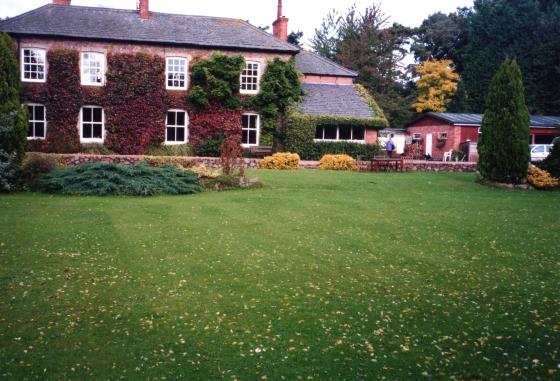 There is a magnificent Hornbeam Tree (Tree111) with a girth of 5.1m but this includes a split trunk. Its huge branches sweep down to the lawn and is a beautiful sight at the end of the drive close to the house. 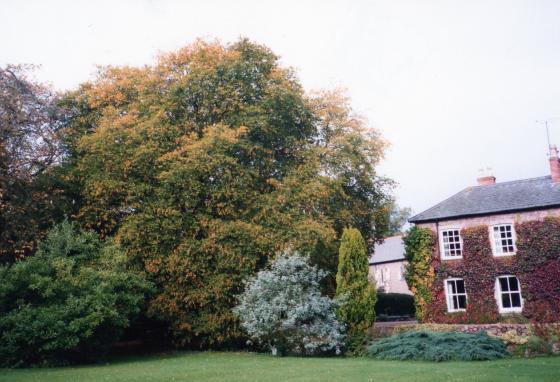 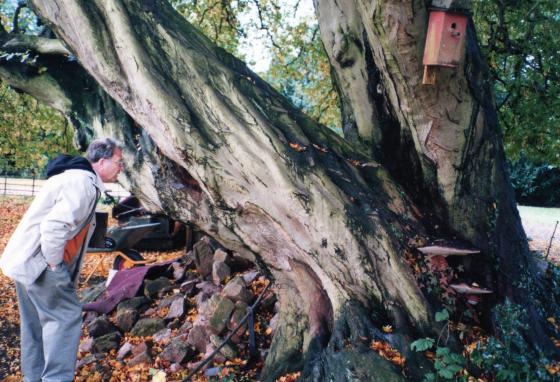 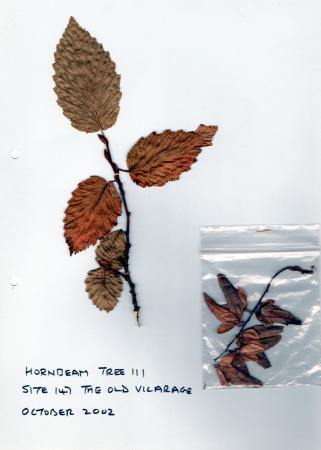 The leaves and fruit of the ancient Hornbeam. October 2002 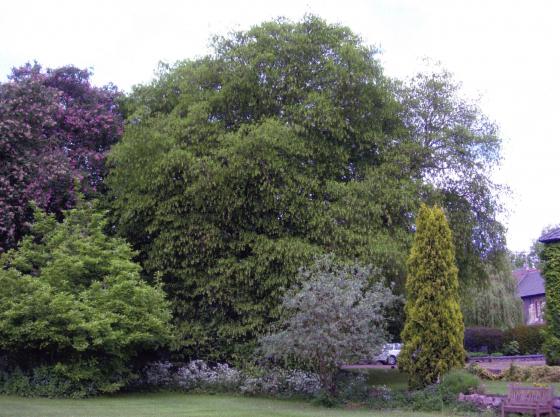 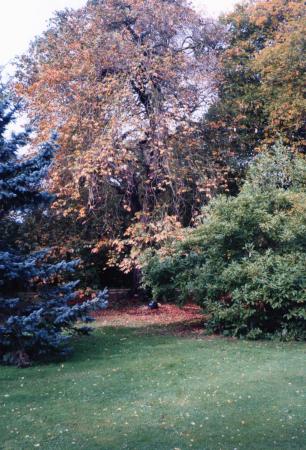 Ancient Horse Chestnut Tree 112 with a girth of 3.0m. Loaded with conkers. October 2002 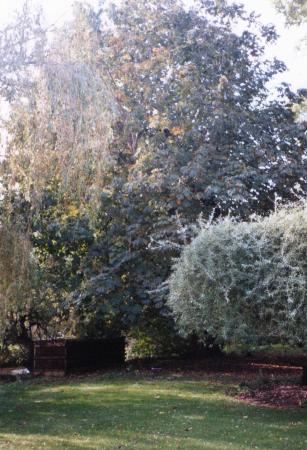 Ancient Horse Chestnut Tree 113 with a girth of 3.1m. Loaded with conkers. October 2002 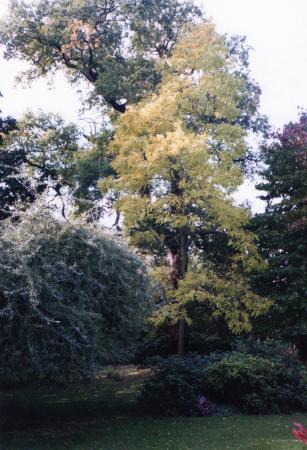 In 2002 a young Walnut Tree was planted in the front border amongst other interesting trees and shrubs such as Willow-leafed Pear with fruit. 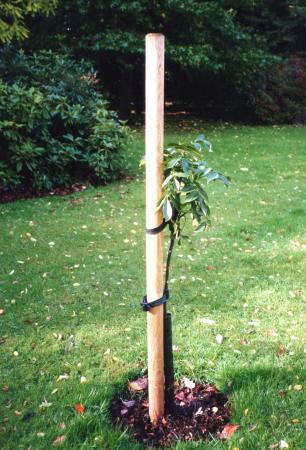 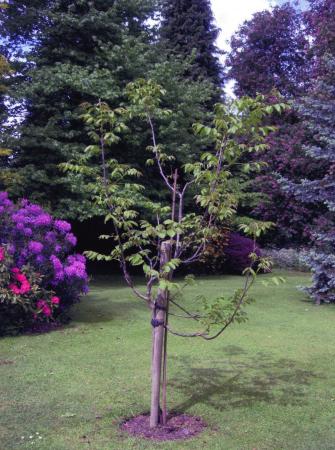 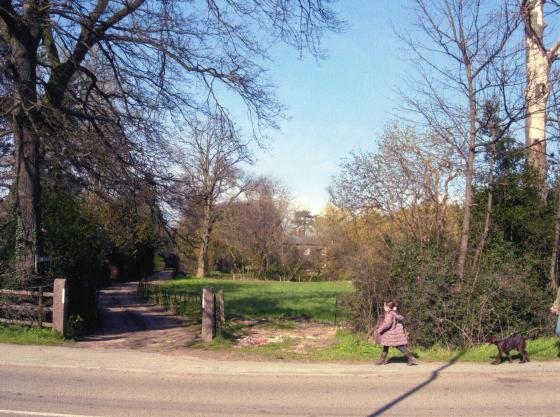 The approach through Priest's Meadow 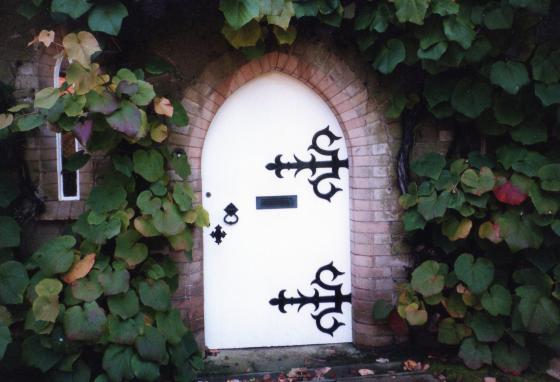 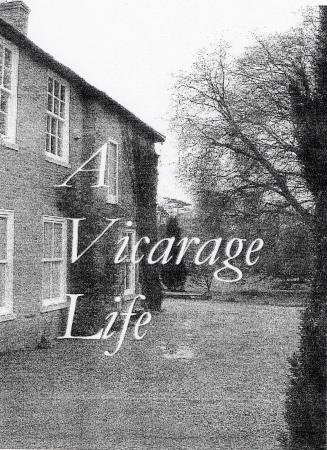 A Vicarage Life by Mary Manton

In 1938 the Revd. Charles Becher brought his wife and family to live in Rothley Vicarage for six years. Mary Manton (nee Becher), one of his daughters, wrote a short account of her life there and this was published by the Rothley History Society as the first in their series of Rothley Chronicles.
It is a very interesting story about the house and grounds, the churchyard and the village.

For more information about A Vicarage Life please click on the following link: