ACCESSED FROM THE BRIDLE ROAD TO THURCASTON VIA A PRIVATE ROAD 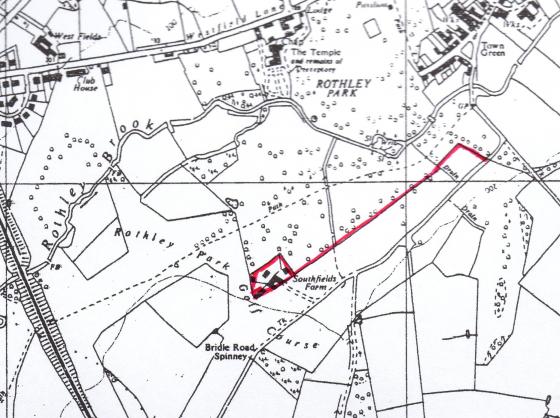 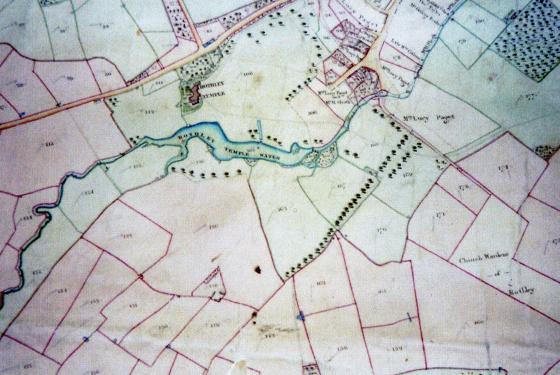 A map of 1842. The tree-lined Bridle Road is clearly shown

We met Anthony and Sam Cooper at the farmhouse to discuss our Rothley Ancient Parish Survey (RAPS) and the recording of the natural history of Rothley. Anthony's Father, Bill, had previously farmed the land and a wood was being planted in his memory starting in late February and will be called "Bill's Wood". This wood will straddle the boundaries of Rothley and Thurcaston and is on one of the highest points in the village called Swallot Ridge.

To learn more about Bill's Wood please clcik on the following link: 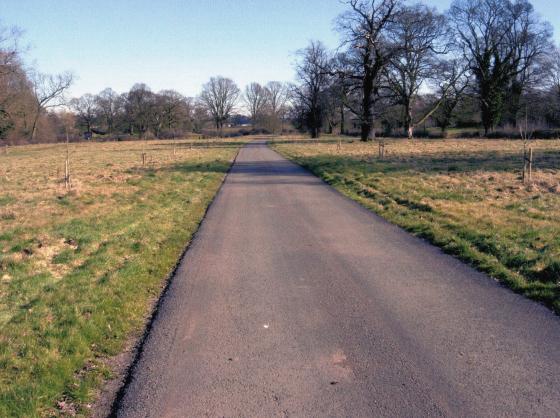 The farmhouse is approached along a newly constructed drive planted up in 2005 with an avenue of Horse Chestnuts. March 2006

Anthony has been busy planting trees on his land including walnut in a small plantation close to the farm. An avenue of Horse Chestnuts was planted in April 2005 and these will be lovely in years to come. It is not often these days to see such an avenue being planted so very exciting for wildlife

March 2006
The approach road to the farm. 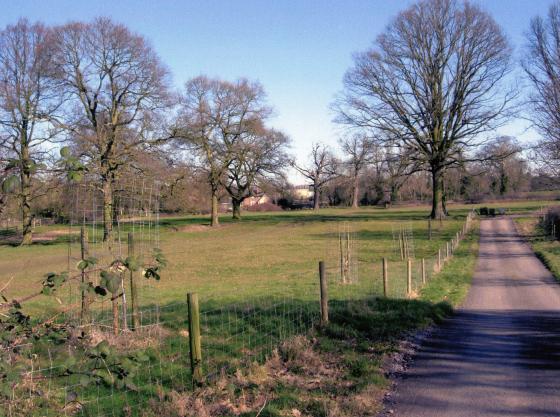 There are major oaks around the farmhouse. March 2006 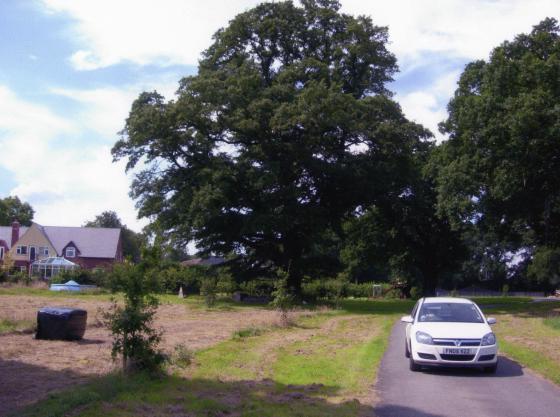 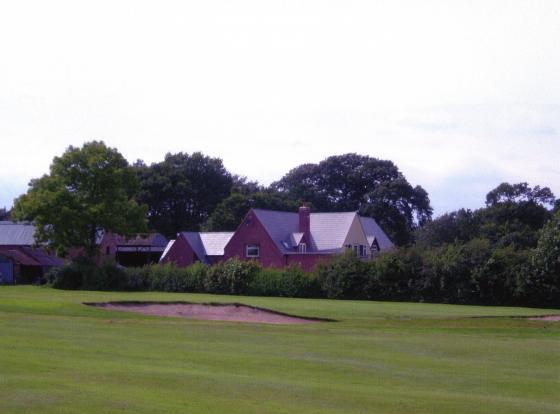 Many fields make up Southfields Farm and these are listed as separate sites in The Landscape of Rothley.

The following is a transcript of a conversation between Valerie Fox (nee Ballard), who spent her childhood at Southfields Farm, and Brenda Sutherland of the Rothley Heritage Trust in March 2012:

The farm is reached by the bridle road which leaves the Town Green, passing over Rothley Brook, and leads to Thurcaston via the Golf Course. The farmhouse was built in 1933 although farm buildings were already there.
Valerie's Father rented the farm from Rothley Temple Estates. It consisted of approx. 130 acres and grew oats, wheat, barley, mangold and turnips. They had beasts and milking cows, pigs, hens and geese.
Valerie was born in 1939 and fondly remembers the two Italian prisoners of war who worked on the farm in the early 1940's. They had left their families behind in Italy and treated her as their 'bambino'. The prisoners lived on the farm with the Ballard family who received payment from a Government Department for their keep. As so many British men were on war duties this was a scheme to keep farms working and producing food. A cousin of Valerie's also lived on the farm. He was an evacuee from the east end of London.
One of the Italians made Valerie a child's basket work chair which she still has today. It was made from willow from Rothley Brook.
He also made slippers for her using pieces of old tyre for the soles and wove straw and/or raffia for the uppers. He possibly came from a poor, rural area of Italy where everything had to be made by hand.
Food rationing did not seem to affect Southfields Farm! They had milk, made butter, had meat when they killed a pig and Mrs. Ballard made endless cakes. The ingredients for which may have been acquired on the 'black market' which was rife at the time. Bartering could have gone on with farm produce to exchange.
Valerie's antique tricycle was purchased in exchange for a sack of oats.
The farm is approx. one mile from the village of Rothley and so it was a long walk to the infant and junior schools. Some winters, like 1947 for instance, when we had a huge amount of snow, the road became quite impassable.
After the war ended, the Italians went home and German prisoners of war worked on the farm but did not live in. They came by lorry each day from a local camp. One of them had left his family in Dresden and after our forces had flattened that city the inhabitants died of disease owing to there being no clean water or sanitation.
Another farm on Town Green that was run by Mr. Kilby also had Italian workmen, one of whom brought his family to Rothley after the war and continued to work on that farm.
Arthur Perry, who lived in Town Green Street, worked for Tom Ballard at Southfields Farm for many years in the 40's and 50's.

The Ballard family left the farm in 1971 when it was sold to Bill Cooper.