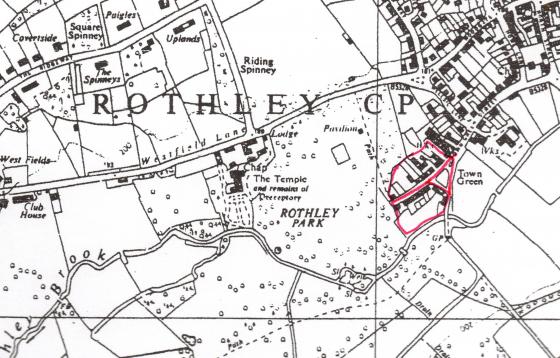 The present Town Green was laid out in 1954 due to the generosity of G. Cecil G. Gee of Rothley. The Beech Tree 88 was planted at that time to commemorate the Coronation of Queen Elizabeth The Second. This is a Conservation Area. I took a photograph of the Green and the tree on the 27th July 2002 for my records but when I compared this with one taken in October 2001 I noticed that the stone and plaque were missing. Considering that the plaque was for an event in 1954 I enquired at the Parish Council and was informed that it had indeed recently been sited.

I returned to the site to check again on the tree and the seating on either side. The seats will need moving out so that the tree is not damaged, as well as the seats, so I have written to the Parish Council asking them if action can be taken.

The owners of The Old House which fronts onto the Town Green had 'phoned to say that they had a large Walnut tree in their garden and invited me to take the details for my survey. We visited this morning and found it to have a girth of 2 metres, which is a good size for a walnut. It is Tree 117 in my records. The owner said that they had lived in the house for just over 40 years and it was good size when they moved in. It fruits well and he has promised me any seedlings that appear. 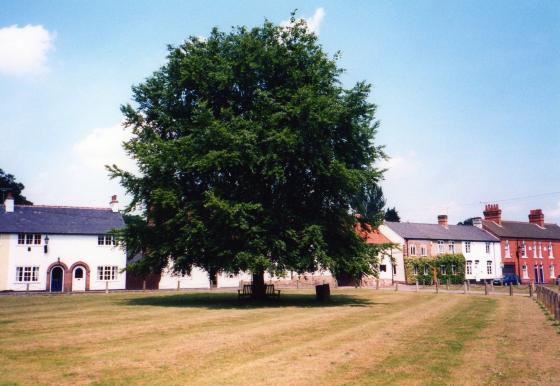 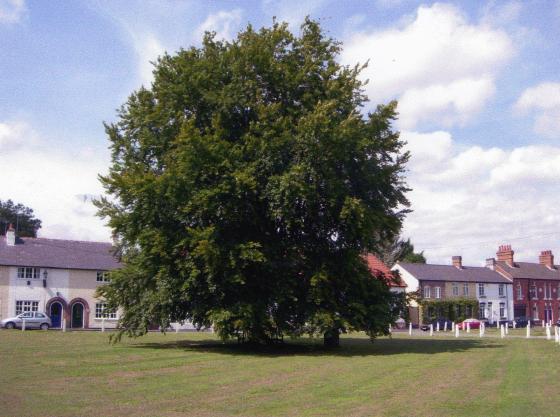 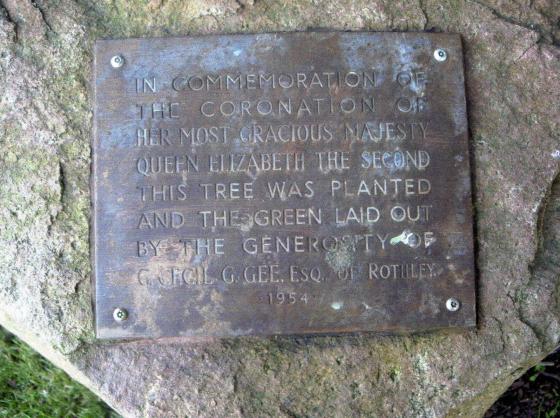 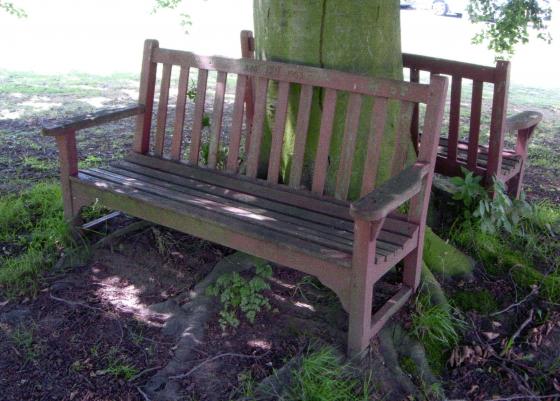 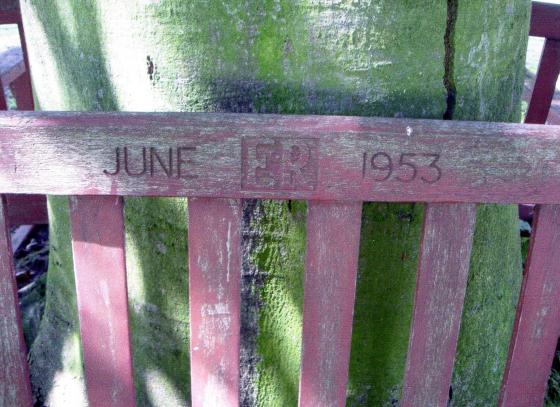 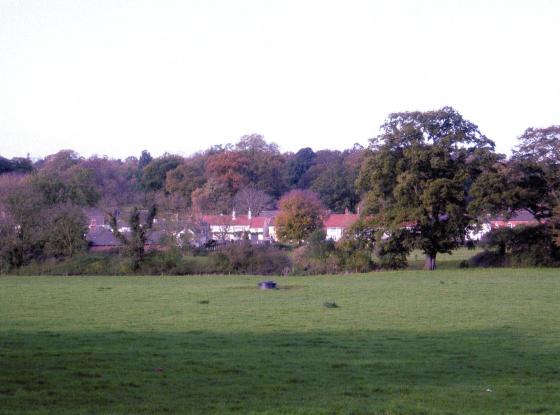 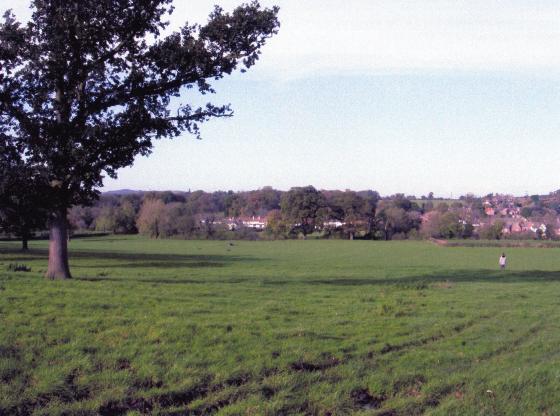 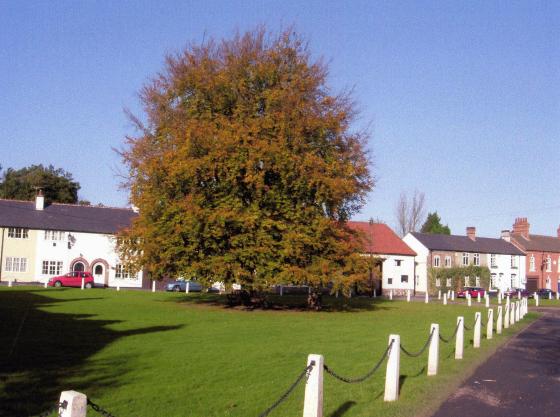 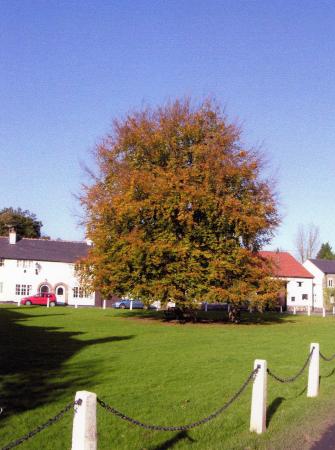 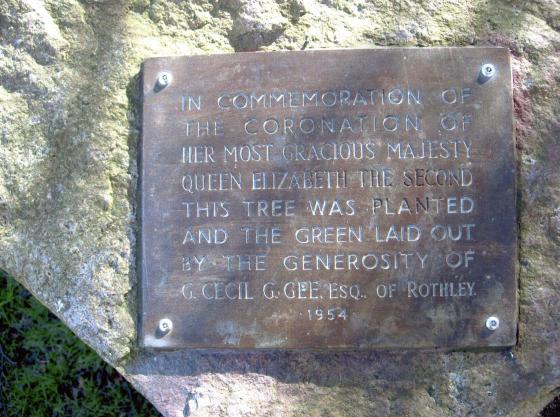 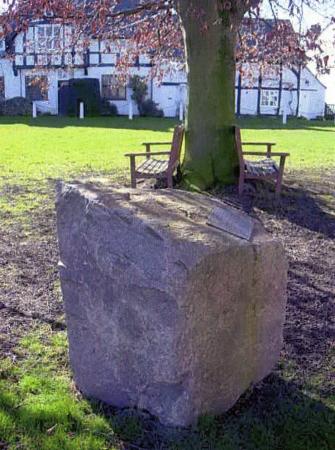 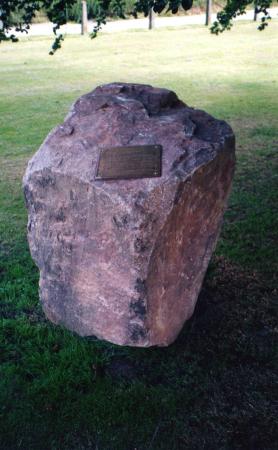 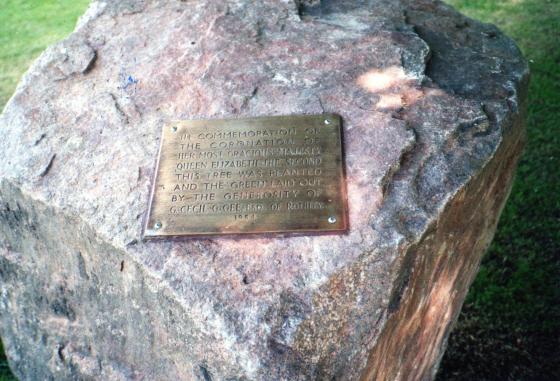 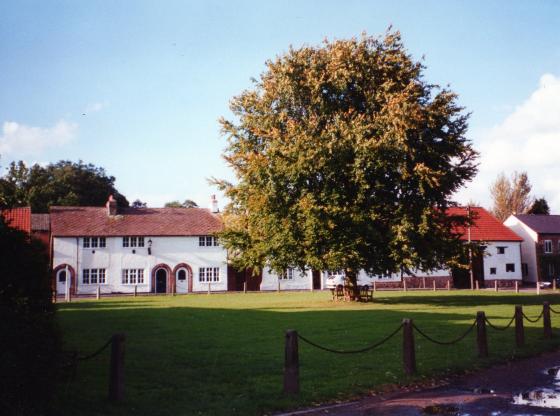 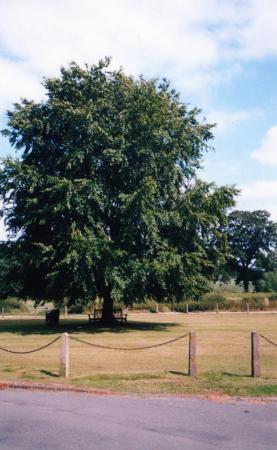 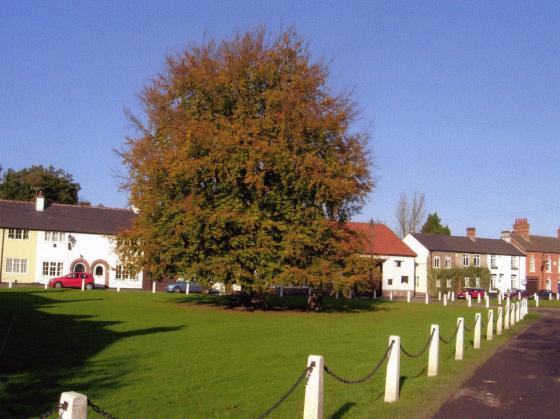 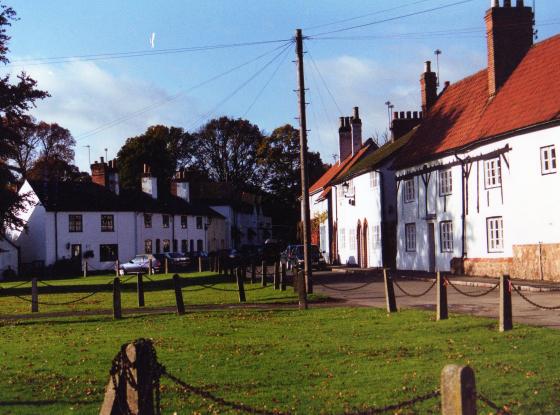 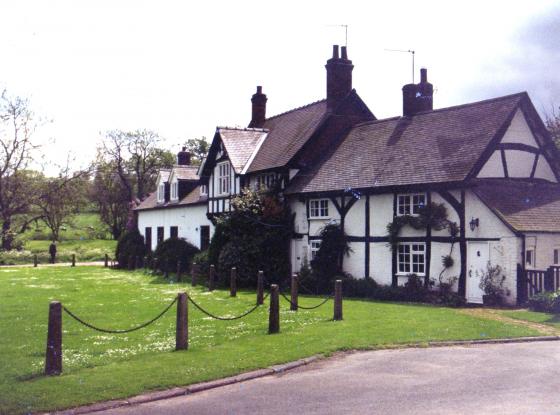 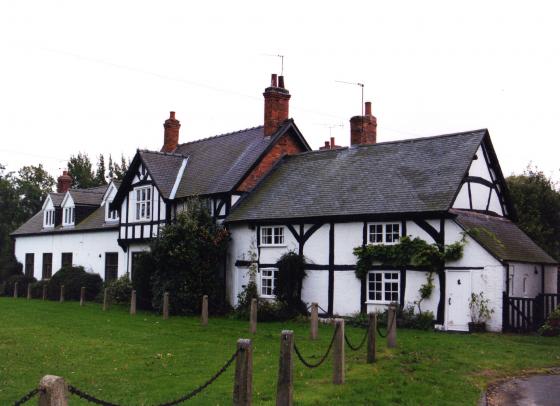 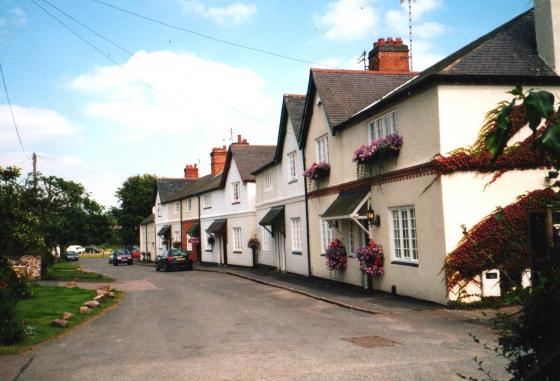 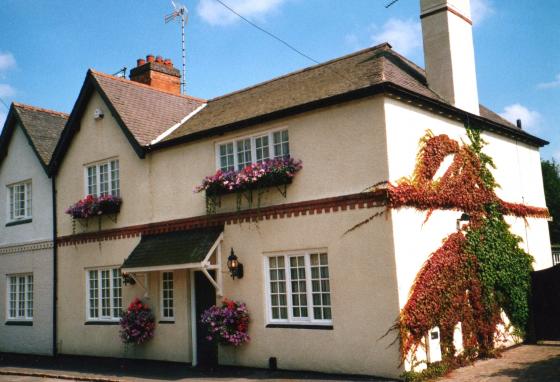 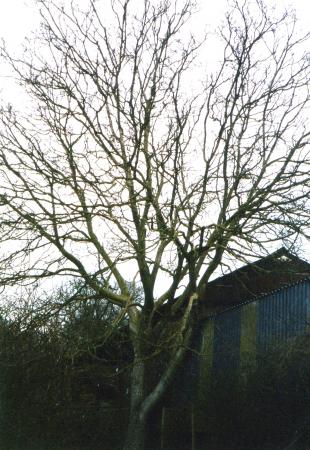 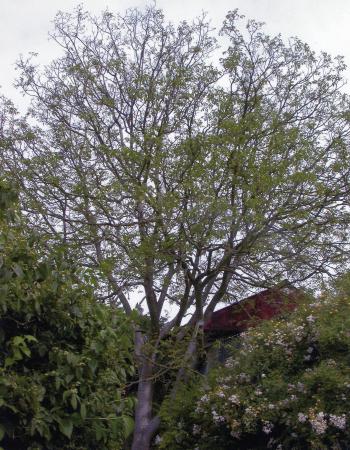 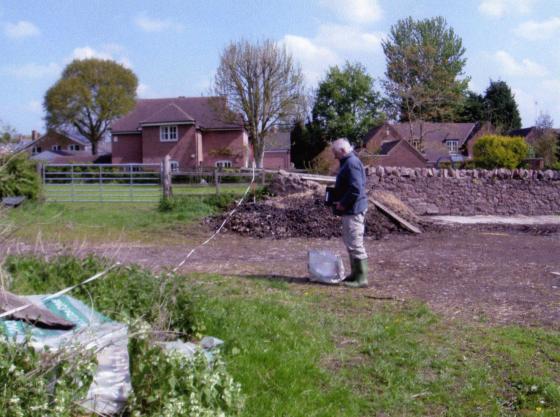 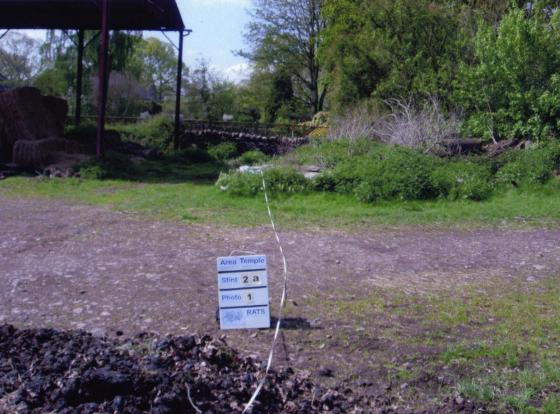 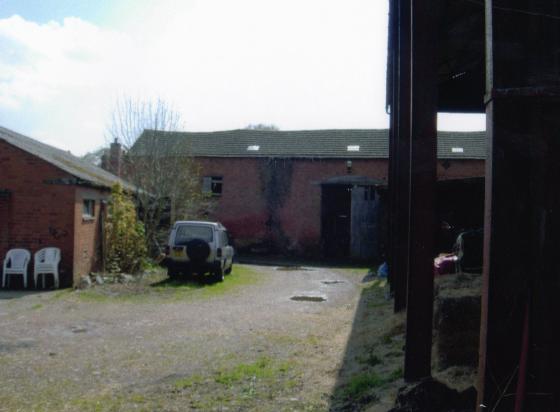 One of the Rothley Temple Detached Parishes runs through Park Farm in Town Green Street.

Location: Field off Westfield Lane into the farmyard of Park Farm.

Into the second part of the Rothley Ancient Temple Survey (RATS) which is called Temple.

Access gained from the field gate on the corner of Wellsic Lane and Westfield Lane which is used for car parking during cricket matches on the adjoining Rothley Park. Horses are in the furthermost section of the field.

There is no hedgerow in any part of this stint but it does run close to the fenced field boundary. There is evidence of the old track to Park Farm on old maps and this is the Temple Boundary that we are following into the farmyard. Small granite stones are still visible.

At the end of Stint 1b we go through the field gate into Park Farm farmyard which is not now a working farm.

There are good views of the old Threshing Barn as we get to the end of this stint. At this point the old boundary does a sharp right turn.

This stint starts just 3 metres from the end of Stint 1 as it completely changes direction. We are in the outer curtilage of Park Farm farmyard and working towards the back garden boundaries of the houses along Town Green Street.

The stint starts at the end of an old granite wall with the end broken possibly due to being bumped by farm machinery and continues over the yard until it runs along another granite wall, possibly original, but not in a good state. We then move over the farmyard boundary into Rothley Park. Still no hedgerow but the granite wall continues at the back of the garden to The Old House. We then have a modern brick wall to the next property but old parkland railings have been retained which curve round to give an interesting garden boundary but not the one that we are following. The railings part of the Temple Boundary in Stint 2c change to a newly planted traditional Hawthorn hedge dated 2009 This continues in a straight line until it reaches the Public Footpath at SK5800612325 where it changes direction to run along the path towards Town Green Street for a very short way ending at SK5800512320. 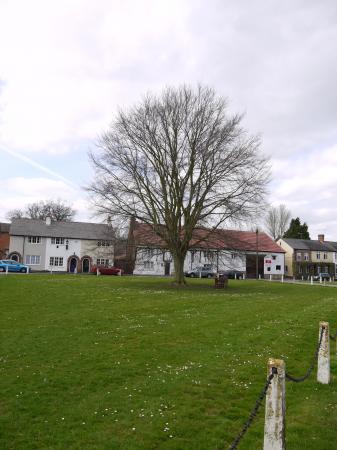 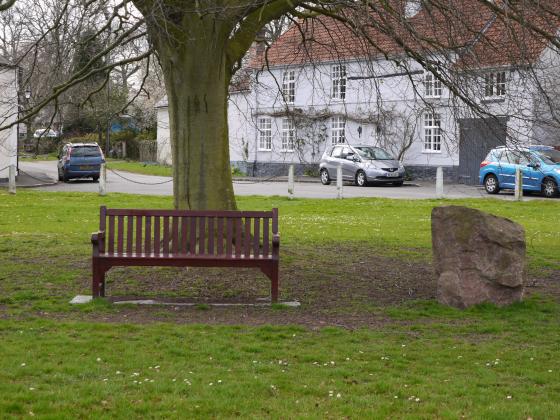 To look at the second Green in Rothley please click on the following link: