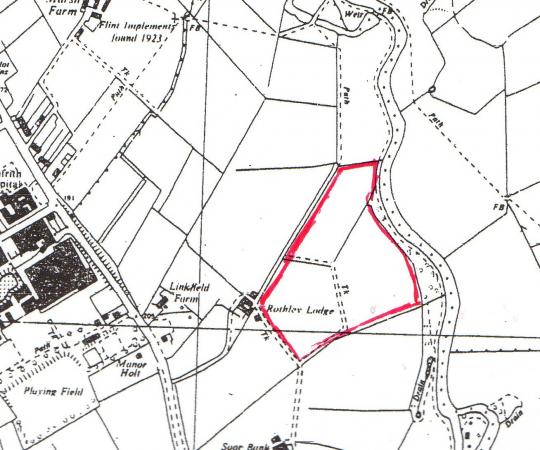 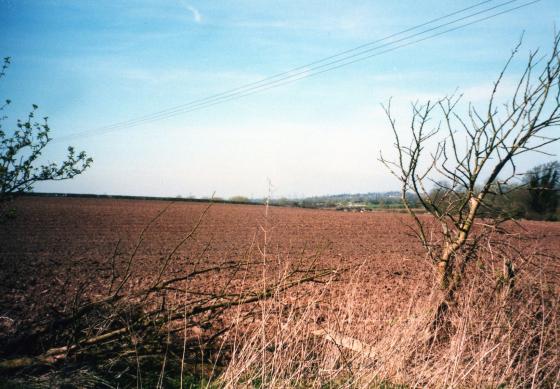 Looking over the field in February 2002. Soon to become the site of a huge paper production and distribution centre.

In April 2004 it was revealed that a paper production and distribution centre would be built on the Rothley Lodge Farm taking up 43,477 square metres of farmland. Outline planning permission was given in 2002 and due to be given final approval in 2004.

An archaeological survey was carried out in 2004 and evidence of extensive Bronze Age Activity was found including a series of linear features, pits, postholes and stakeholes, one of which contained a cremation.
Further information about the survey can be found on the website of Leicestershire and Rutland HER. Ref: MLE10533

32 acres of the site were offered to Charnwood Borough Council as a wildlife site as part of the deal. £122,000 has been allocated for this project.
Please click on the following link for more information about the new site: