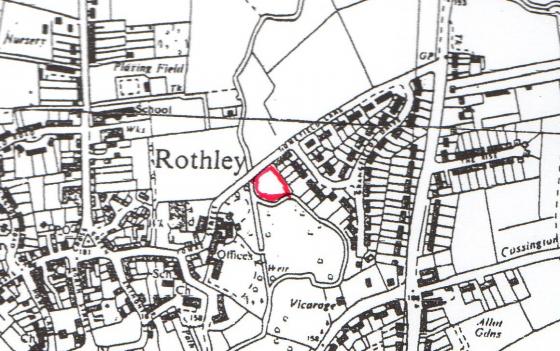 Location: A small field between 34 Homefield Lane and Rothley Brook.

Owners: Not known. This field does not currently allow access to the amenity grassland to the south due to the Rothley Brook. This amenity grassland is currently used for a football ground and access is gained through the grounds of Rothley Grange, which is due to have its sale finalised at the end of this month. A new access will most likely be needed and there is a strong chance that this field will be used with the possibility of a car park. Trees may need to be felled to give wider access.

Contact about the situation can be obtained form the Rothley Parish Council at their Council Office in Mountsorrel Lane, Rothley Tel 0116 2374544

The site is an improved field with an unmanaged margin of tall vegetation fronting the Rothley Brook. Alongside the road there are mature Horse Chestnut trees with a girth from 1.5 m to 3 m with several lime and sycamore trees. Along the brook, willow and alder.

The vegetation in the field needs to be looked at to see what is there but it all depends on whether the field is cut. When it was surveyed in August 2001 it was considered to be herb-poor grassland with a sward of Yorkshire fog, perennial rye-grass, frequent cock's foot and occasional false oat-grass. Broad-leaved dock was abundant. In addition there was creeping buttercup, dandelion, common sorrel and cow parsley. Meadow sweet was present.

A further visit is needed in early May/June to check on flora and fauna. It could be interesting to do a Moth Survey in this habitat. 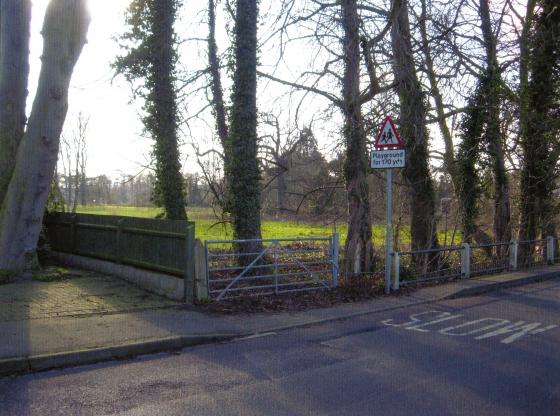 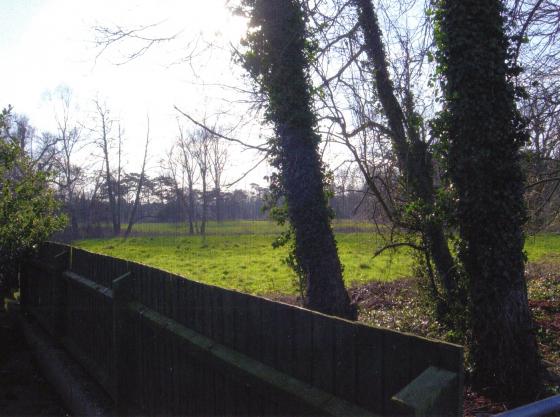 Site 124 From Homefield Lane looking to Rothley Brook and The Grange Playing Field beyond. February 2007

Charnwood Wildlife acrried out a Site Survey on the 23rd August 2001 and described the site as:

'An improved field, with an unmanaged margin of tall herb vegetation adjacent to Rothley Brook. The site also includes a belt of mature horse chestnut trees, and several mature willow and alder trees on the banks of Rothley Brook.' 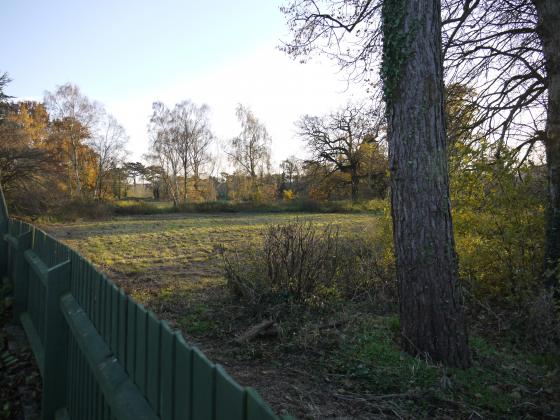 This small field has remained the same since it was first recorded in 2002.